Believe It Opens May 5 4-6 at the Patterson 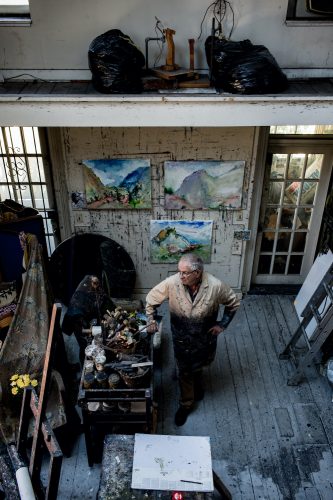 Raoul Middleman at Grimaldis: From Pop to Plein Air

Conveniently Located right across the street from artDC at The Warehouse!

Curator of Supple, J.T. Kirkland says, of the show:
“For those who don’t wish to pay for the ArtDC opening receptions, come on over across the street to see “No Representation” and “Supple.” Although you’ll miss the performance by the wonderful Kathryn Cornelius, we’ll have two of our own. At 8pm, Rachel Gawell will be performing Matt Sargent’s Soft Song (for solo cello). At approximately 8:30pm, Adrian Parsons will be doing a live installation. Suffice it to say that these two performances will be quite different but equally intriguing. It would be hard to find two more different interpretations of “supple.” Hope to see you there!”

Ok. So I was at artDC, but at least I didn’t have to pay the steep 100$-a-head ticket price for the collectors preview. I was psyched to wear a black dress on a red carpet, but disappointed to find no champagne! What the hell are collectors supposed to drink in DC? Apparently, vodka tonics.

After the first-ever opening night at ArtDC wound down, and I missed most of Kathryn Cornelius’ performance because we were all standing there waiting for her to start for about 20 minutes and I started thinking that THAT was the performance and I got bored and went to look at the art … everyone went across the street for the after-party-exhibit, the show called ‘Supple’ at the Warehouse.

When we got there, there were rumors abounding. People were saying things like: ‘The performance is going to be realy gross, really bloody… not for those with a weak stomach.’ So I was, of course, intrigued.

We went upstairs to see the exhibit and in the back room, i.e. the performance room I guess, a man was yanking out his beard hairs with pliers, and his face was bloody. He tucked the hairs into cracks and crevices in the walls. Gross. Then, he takes off his shirt. Then he unzips his pants. He takes out a knife and goes to work on his previously uncircumcized penis. For real.

The crowd begins either A. madly taking pictures with their cell phones and digital cameras and, B. leaving the room in droves, looking green. Let’s just say the crowd thinned out significantly.

I stood in the doorway because I tend to throw up, but occasionally snuck a peek in. Rumors kept filtering through the door… ‘He’s cutting it off’ and ‘He’s using it as a paint brush’ and ‘Is there a paramedic on the way? Someone needs to call a doctor!’ He used a sort of dull swiss-army type of a knife so there was some sawing involved. But, as far as I could tell, he never flinched.

At the end of the performance, maybe 10 minutes in all, he took the piece of foreskin, which, all in one piece, resembled a rolled up ‘flesh’ condom, and tucked it into a crack in the wall. He poured peroxide on his dick and wrapped it in a bandage. Then, people took him to the hospital. The foreskin stayed on the wall as evidence. The skin looked quite, um, supple. I am guessing it will stay there as long as the exhibit is up.

um. foreskin on a wall.

On one hand, this art performance was violent, disgusting, senseless, sensational, and just grossly fascinating, a freak show. On the other hand, it was immensely powerful and tragic and completely sincere. I feel haunted by it. Why would a person do this to himself? Why there and then, in a room of maybe 20 people? Is this a political statement on the war? Is it about Israel and Palestine? About relationships? I still don’t know.

All I know is, I wouldn’t want to be a part of the rest of the exhibit. Mostly abstract and formalist, the well-crafted and perfectly fine paintings and sculptures, like Kevin Kepple’s ink and glue paintings, were completely discounted by the raw power of this piece. They were reduced to ho-hum at best. Nobody even looked at them. How could you?

For more information on the performer, Adrian Parsons, go to his blog at http://forartandajob.blogspot.com/.