Does the NRA really want to use Liberals as targe [...] 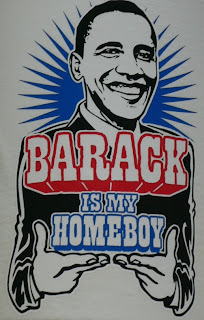 I DO care who you vote for in November.

When I first registered to vote, I was an Independent. I identified more as a Democrat, but have always thought the two party system flawed and incomplete, therefore I opted to stay outside of it. However, after sitting out of a couple of primaries, I decided I wanted to be able to participate. The system got me. So I registered Democrat.

I clearly remember a discussion I had with a close friend who is also a proud liberal. In the 2000 election, she chose to stay an Independent and voted for Ralph Nader. I voted for Gore. When I argued with her that Nader was a waste of a vote and had actually gotten Bush elected, she replied that, “It doesn’t really matter WHO gets elected because they’re basically the same” – and that Gore was just as bad as Bush, which is why she gave her vote to Nader.

Looking back, eight years later, I think she couldn’t be more wrong. If Gore had been president (he WAS elected after all), things would be HUGELY different. We wouldn’t have started an immoral, tragic, and expensive war in Iraq. We wouldn’t have a mortgage crisis caused by greedy government officials turning a blind eye to bad business practices. Our economy wouldn’t be in the shitter. And, we would have taken steps towards correcting climate change, instead of pursuing oil with blood.

I can’t say it any clearer: it DOES matter who you vote for. The candidates are HUGELY different, even if political parties basically suck and should be outlawed. Who gets elected does directly affect all of us. I’m voting for some change.