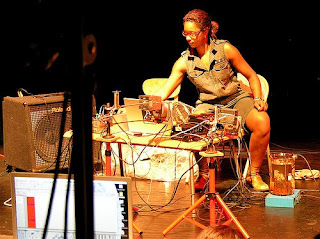 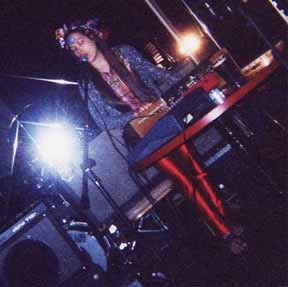 The series kicks off with the internationally renowned psych-folk musician FURSAXA (Tara Burke) and local electronic musician Melissa Moore. Burke has toured extensively throughout the UK, the USA, and Europe, performing at such events as All Tomorrow’s Parties Festival and. She has released albums on the UK label ATP Recordings and Thurston Moore’s Ecstatic Peace imprint. Moore Melissa Moore is a musician, installation/sound artist, and sculptor born in Washington DC in 1975 and now based in Baltimore, MD. She is the curator of the Sound Pillow music series in Baltimore and has toured the US and Europe. She received a 2008 Creative Baltimore grant for her work.

What is the LOS SOLOS Series?

Each night of the series, which runs from September 2008 – March 2009 on the first Friday of the month, features the work of one local Baltimore and one national artist. The Carriage House is a beautifully renovated carriage house located in lower Charles Village. The venue, owned and operated by local musician Dan Carney, provides a unique setting for these unique performances. In the city known for it’s collaborative zeitgeist, the LOS SOLOS Series hopes to in addition recognize the strength of it’s solo performers. The series is curated by visual artist Jackie Milad and musician/writer Bonnie Jones.