“I love what I’m doing, HELP!” – Conversation with Jim Dine at the BMA

“I love what I’m doing, HELP!” – Conversation with Jim Dine at the BMA 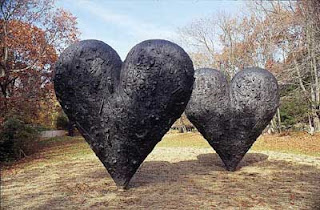 To read the original review of “Conversation with Jim Dine at the BMA” published in August, 2008, click here.

I attended the Jim Dine Conversation Lecture at the BMA last Wednesday and it definitely was not a waste of time. As I walked over to the museum, one of my friends confided, “I don’t really love his work. I think it’s kind of boring, but I hear that he’s a diva, so I am curious about what he’ll do.”

My friend was not alone in her thinking. The BMA lecture hall was PACKED. You had to reserve a seat weeks in advance and there were none to be found that night. Who were all the well-dressed attendees? I have no idea. 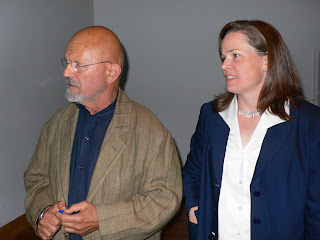 The artist with Assistant Curator for Prints, Drawings & Photographs Ann Shafer. Below, you can see the conversation format: two chairs, Ann and Jim, a nice rug, and a couple of water bottles on a stage. The conversation ranged from personal issues to professional ones and, true to form, Jim Dine’s caustic wit and plain speaking were the highlight.

Dine started out his talk accepting accolades for donating two prints to the museum, but encouraged the audience to petition their senators. The current laws allow a collector to donate a piece of art and deduct the market value of the piece, but only allow artists to deduct the cost of their materials. This is grossly unfair and discourages artists from giving. It also suggests that art isn’t worth anything unless someone buys it, an idea with which Damien Hirst would probably concur. 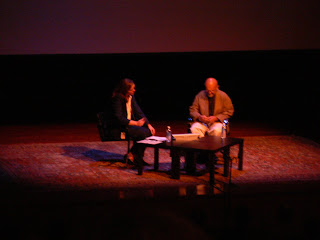 Jim insisted that he was absolutely NOT a pop artist because, unlike Warhol and Lichtenstein, Dine’s associations with his symbols are emotionally HOT, rather than cool and removed. “Common objects stand in as metaphors for loss,” Dine explained, when Ann inquired about his use of hardware tools, bathrobes, and common cliches in his work. 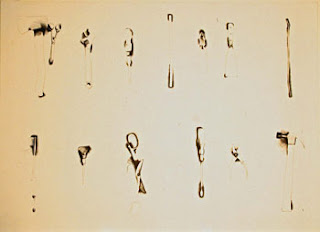 Dine admitted, over and over, to loving his work. He had no guilt or shame about this and admitted that he feels lucky to be able to do what he does – make art – every single day. He discussed his enthusiasm for new projects – like filling a sketchbook every week, and solving problems in printmaking by breaking ‘the rules.’ The idea of the playful genius delighting in his own creations is refreshing – Dine breaks the rules in choosing his subject matter, in his materials, and in his attitude – and this is part of the work, as well as his love of reading and writing poetry. 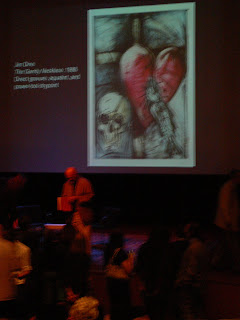 Dine admitted that he is part owner in a Manhattan poetry bar, where people read poetry and drink every night of the week. It sounds like a pretty good life, considering all the artist cliches of depression and drama. 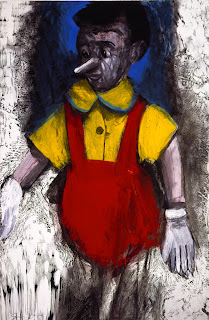 What is the deal with Pinichio? It is obviously the Disney version, too. This goes along with the obsession with childhood metaphors. Dine said that he saw the original version of the movie at age four or five and it made a huge impression. “Imagine the effect, if you’re a five year old boy and a liar,” he deadpanned. After finding an amazingly crafted vintage child’s toy, it became an inspiration for prints, drawings, and large sculptures. I definitely enjoyed the ‘Pinichio Cam’ images from the installation of the 30 foot Boras, Sweden sculpture.

Jim Dine: “Why would a Swedish town want a thirty foot sculpture of an Italian folktale?” It’s true, some of the people from the town – about 50% – did not want this sculpture installed. Below is a photo from the unveiling ceremony. Dine said that there were several protesters at the event, holding signs and that he LOVED it. He said that he chose the meanest looking protester and gave him a hug and had their picture taken together. This is a pretty good indication of Dine’s general orneryness. 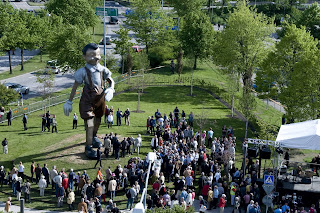 At the end my skeptical friend leaned over and said, “I’m glad I came. Hearing him talk about the work makes me like it a lot better now. He’s funny!”

It seems that Jim Dine’s success is based in both artistic practice and in cult of personality, started with ‘Happenings’ in NY in the 1960’s. I have no idea how many lecture attendees learned anything new about printmaking, or the art market, or the importance of erasing in drawing. However, everyone left with a spark of inclusion and mischief, which, ultimately, Dine’s work embodies.

And, if Jim Dine inspires YOU …

Join Assistant Curator for Prints, Drawings & Photographs Ann Shafer for an intimate viewing of Jim Dine’s illustrated book The Temple of Flora, as well as other works on view in Front Room: Jim Dine. At MICA, printmaker Ursula Minervini teaches how to make drypoint etchings of botanical subjects on scarred and distressed “found” copper printing plates. For more information and to register, call MICA at 410-225-2219 or visit mica.edu.