My Life in Fiction opens Saturday, Sept. 20 at the Contemporary Museum

My Life in Fiction opens Saturday, Sept. 20 at the Contemporary Museum 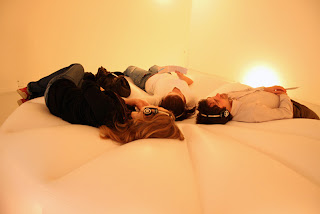 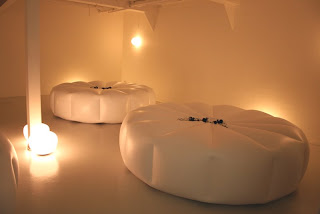 Kianga Ford: My Life in Fiction
The Story of This Place Project Lounge

The Contemporary Museum is pleased to present MY LIFE IN FICTION., an exhibtion of works by Kianga Ford featuring four newly-commisioned projects. Kianga Ford creates experiential and site-specific works that explore how narratives are constructed, manipulated, and understood in our culture. Her works take the form of sound recordings of short narratives, fragments of personal oral histories, and immersive sound or video environments that create a three-dimensional story experience. Ford’s works engage audiences in an almost cinematic escape, employing some of the conventions of film or theatre while confronting traditional narratives and their historic uses to support social, political, religious, or racial agendas. 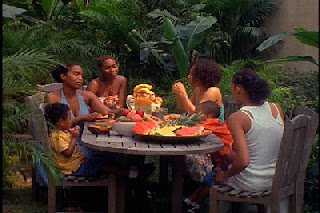 Brasilia
Still from Brasilia, 2008, 16mm film on DVD with sound

Ford’s artistic practice is informed by and rooted in her studies in English, history, theater, and film, placing her works at the fertile nexus of sound art, theatre, fiction, and installation. One of the new works featured in MY LIFE IN FICTION. is Brasilia, a new film-based work that explores the narratives and fictions that are often erroneously ascribed to the artist and her sisters based solely on their physical appearance. With Brasilia’s lush tropical setting, evocative samba soundtrack, and filmic structure that mimics an ethnographic study, Ford and her sisters become the Brazilian women that they are frequently mistaken for. In this film, Ford plays out the cultural fantasies and the fictions that others often construct when they meet her, foregrounding the function of narratives in our understanding and misunderstanding of the world around us.

Engaging audiences in a participatory fiction, Ford has also created Charm City Remix, a Baltimore installment of Ford’s ongoing series The Story of This Place, a collection of site-specific narratives that offer a portable audio soundtrack that guides listeners on a walk through a city, neighborhood, or location. The Story of this Place: Charm City Remix is a fictional narrative informed by the stories shared with Ford by people in Baltimore during her residency at the Contemporary Museum over the past year. Ford’s Baltimore narrative features a new musical score by Baltimore-based Erik Spangler and Brian Sacawa and is influenced by the area’s rich history, architecture, geography, social climate, and diverse demographics.

Ford’s unique walking-tour begins around the corner from the Contemporary Museum in the parks of Mt. Vernon, the center of one of the most visited and historic neighborhoods in Baltimore and a central geographical marker of the four distinct quadrants of the city, with Charles Street marking the East/West Divide and Monument offering a break between North and South. As Ford’s narrative unfolds, listeners will be offered choices in the four cardinal directions.