A Conversation with Joseph del Pesco published on The Present Group

How We Dwell opening at Megan Lavelle’s

Everyone An Artist – an Art on Purpose Project

A Conversation with Joseph del Pesco published on The Present Group 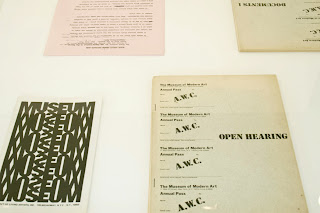 The Present Group: Why Now? How did you come to look into these stats?

Joseph del Pesco: My interest in statistics and their potential to illuminate the situation for artists in The SF Bay Area (and eventually California) was set into motion by an email, from artist Amy Balkin, that included a New York Times article called “A 21st-Century Profile: Art for Art’s Sake, and for the U.S. Economy, Too.” It was written in response to a recent study by the National Endowment for the Arts looking at the roll of artists in the U.S. economy. One of the opening lines of the NYT article was “If every artist in America’s workforce banded together, their ranks would be double the size of the United States Army.” This stayed on my mind for days; the creation machine balancing out the death machine. Of course it’s not that simple but the juxtaposition echoed. Later, in the same article, it notes that “San Francisco leads metropolitan areas in the proportion of artists in the work force.” Another piece of information that proved impossible to forget. This NY Times article continued to surface in almost every subsequent art-related conversation.

To read more about artist stats and wages, read the rest of the interview here, at The Present Group.