Between East and West at Hamiltonian Gallery

Between East and West at Hamiltonian Gallery 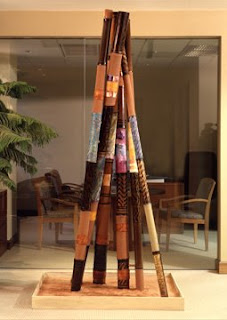 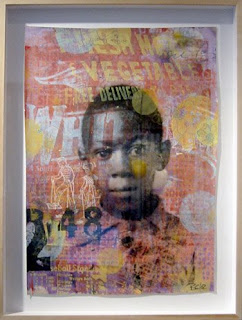 Bearing the name of the Millennium Arts Salon 2008-2009 theme, “Between East and West,” a group exhibition featuring artists living and/or working in the US and abroad, opens Saturday, March 28, 2009.

Curated by Barbara Blanco, works in the exhibition hint of artist influences beyond the East and West borders of the US – for example, Ann Bouie and African beads; Alonzo Davis and Sheila Crider who both did residencies in China and Japan respectively, Paul So’s native Hong Kong and urban US experience, Jamaican-born Bryan McFarlane, living in Boston with a studio in Beijing, Washington DC-born Rachelle Puryear and the natural terrain of Sweden, to give a few examples.

Between East and West in some ways parallels The Third Mind: American Artists Contemplate Asia, 1860-1989, currently on view at the Guggenheim, which highlights American Artists and how Asia has influenced their work. But the parallel by no means stops there, as Billy Colbert’s figurative depiction of urban life in the US and Bill Dallas’s colorful and complex abstractions attest.

Please join us for the opening reception, Saturday, March 28, 2009, 6-8pm. Some of the exhibiting artists will be present including Rachelle Puryear and many of the “locals”. This event is FREE and open to the public.

The exhibition frames a number of salon talks scheduled in April and May that explore artists’ views and global influences that have informed their work. Please mark your calendar:

• Sunday, April 5, 3-5pm – East and West Views: A Conversation between Rachelle Puryear and Billie Colbert. Artists talk about their participation in the MAS-Pyramid Atlantic 2nd print collaborative, the makings of their print, and the environments – Sweden and Baltimore that shape them. Reception to immediately follow.

• Saturday, May 30th, 6-8pm at the Hamiltonian Gallery* – Western Artists and the Contemporary Asian Art Scene. A panel discussion with artists who share the commonality of living and/or working in Asia, with Alonzo Davis, Sheila Crider, Paul So, and Bryan McFarlane. This is a joint project between MAS and the Hamiltonian Gallery. The Hamiltonian is located at 1353 U St. NW (historic 14th/U Street corridor in Washington, DC). Reception to immediately follow.

• Saturday in April and May, 3-5pm at MAS. Individual artists discuss their work — Ann Bouie and Barbara Blanco. Saturdays to be announced.

FREE and Open to the Public.