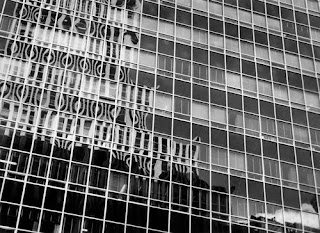 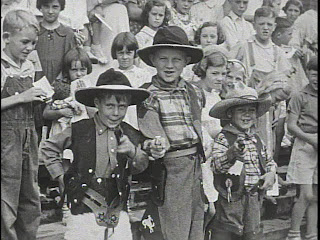 Nineteen23 is a monthly film series highlighting the diversity of short, non-theatrical films made since the 16mm film gauge was introduced in 1923. From documentary and avant-garde cinema to factory and scientific films, this series will feature work that was never screened in movie theaters and is not available on DVD. These lost genres and forgotten modes will be resurrected each month, along with contemporary work that has been influenced by this long shadow of the cinema.

The series will take place on the third Friday of each month, starting August 21st, at The 14Karat Cabaret at 218 W. Saratoga Street, Baltimore, MD 21201. Showtime is at 9 p.m., and the program will last two hours, including an intermission. $6 at the door (cash only)

On Friday, August 21, films will be shown about “Cities and Towns.” The city and the town have been two of the most enduring obsessions of the cinema, with films from The Naked City (1948) to The Last Picture Show (1971) using their locations as major characters.

“Cities and Towns” will bring together avant-garde, documentary, fictional and industrial films about city and town life. Life on Main Street will be seen in the Encyclopedia Brittanica’s 1969 classic The Lottery, and in rarely screened “town portrait” films of the 1930s. Baltimore makes an appearance in the 1961 avant-doc Elysian, which contrasts the peacefulness of painted screen images with raucous city life. In a bizarre, yet charming appearance, pianist Glenn Gould narrates a tour of his home city of Toronto. Documentary filmmaker Shirley Clarke bridges industrial film production with cinema verite in her Oscar-nominated short Skyscraper (1960).

The 14Karat Cabaret is an on-going series of performance, music, dance, film and video in an informal setting. The14Karat Cabaret is an artist-run program of Maryland Art Place supported by public admission and in-kind contributions of local businesses. The 14KT Cabaret is located at 218 W. Saratoga Street, Baltimore, Maryland 21201 and is wheelchair accessible.