Gunshots at a Gay Wedding 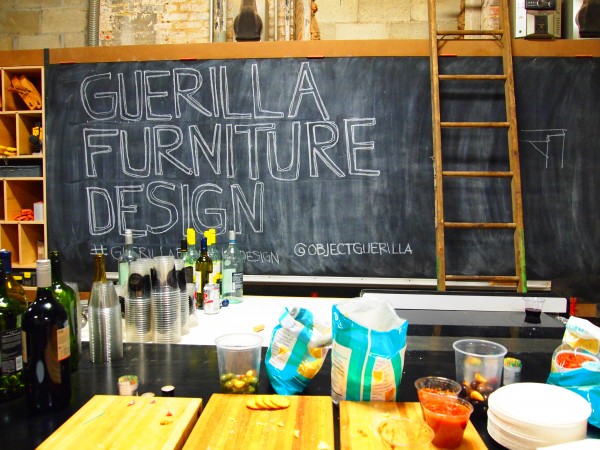 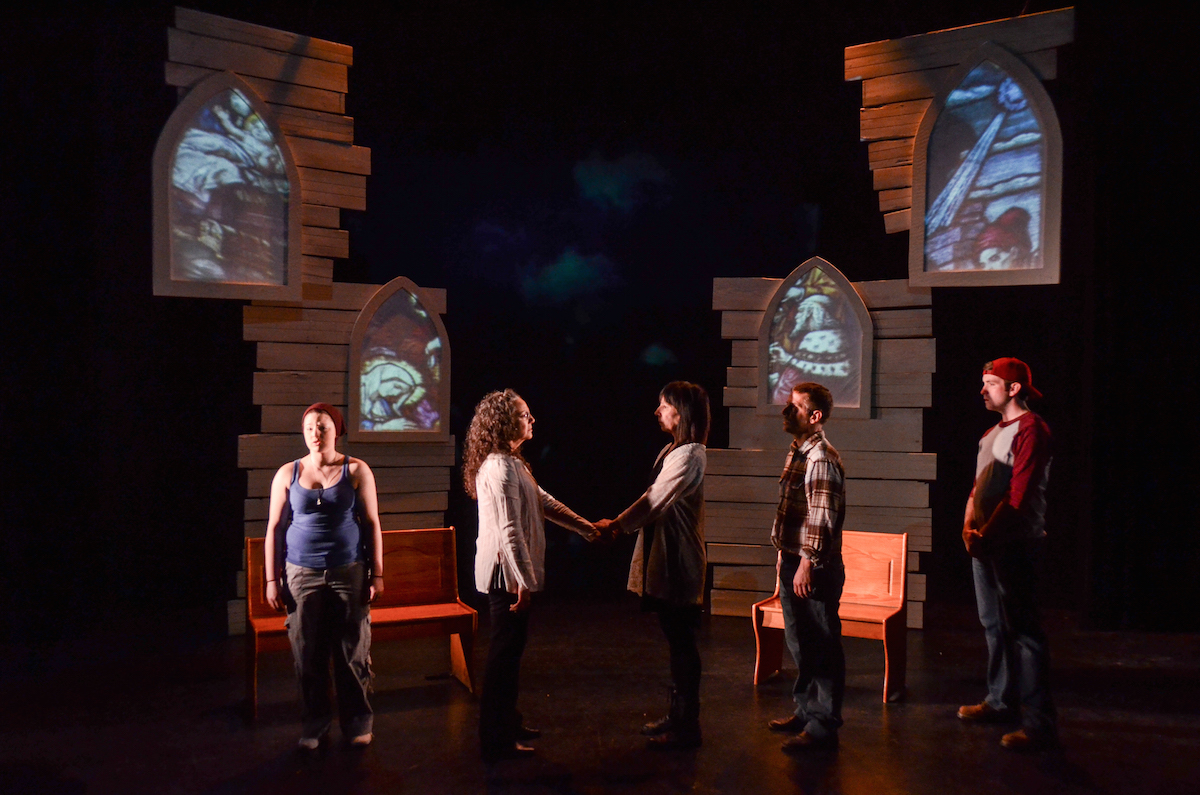 The first shot lands in the stained glass window just below the Star of Bethlehem. The wedding is thrown into a panic as the two brides and their small gathering outside the church scramble and dive for cover. In a series of flashbacks, playwright Rich Espey explores the impact of generations of fear, bigotry, and violence towards gays and lesbians in a small southern town that could be anywhere, America.

The Revelation of Bobby Pritchard, produced by Iron Crow Theatre at Baltimore Theater Project, is a story of the struggle of two GLBT teens in the deep and deeply religious south. Stories of this kind are being expressed and examined all over the country and, as a result, tolerance, acceptance and inclusion are becoming more the norm and less the exception on the matter. What is different and compelling about Espey’s presentation of the theme is the structure in which the story is told.

It begins with a wedding. Marta, naturally and convincingly played by Julie Herber, and Syn, played by Susan Porter, are very much in love. They stand at the altar of Marta’s family church and prepare to say their vows after many years of being together, but in a progressive state where even their mail man leaves them chocolate hearts on Valentine’s day. Boiling Springs, the town in the south where Marta grew up, is not quite so progressive and the wedding ends before it begins when a shot is fired into the church. Espey’s story is not so much about kids coming of age in a poisonous environment as it is about the nature and origin of hate and violence. Where did the shot come from? This is the question each character tries to determine as they go back in time through generations of hate and fear, shame and sorrow, and family and religious codes of conduct.

The set, designed by Mollie Singer, is simple and effective. There is the allusion of a church built with two partial walls and stained glass windows and a few pews. That church remains prominent throughout each scene in the same way religious teachings stay with us no matter how far we travel from home. The only indication that the scene location had changed was through the projections in the windows. A chain link fence, for example, indicated that we were now in the Pritchard facility for wayward youth.

Many years earlier, Marta was engaged to a boy named Bobby Pritchard in an attempt to hide the fact that both teens were gay. Bobby, one of the roles played by Sean Kelly, died mysteriously when he was a teen. His ghost has been haunting Marta at night and demanding that she go back to Boiling Springs to tell the truth about his death and to make them face the facts about their respective orientations. She agrees and decides the best way to do that is to plan her wedding there. Marta’s brother, Hank, played by Dave LaSalle, is the minister of the town and is reticent to accept what his sister has come to tell him. The in-your-face wedding brings on a hailstorm of hostility and a full round of shots fired into the church until one of them finally hits its mark. One by one, we watch the bullets fly across the set, thanks to the artful projection of Travis Levasseur, and we learn, with each shot how the people of Boiling Springs dealt with GLBT kids throughout the years since Marta left town. Pos and Mary Charles are two such kids who are being forcibly admitted into the Bobby Pritchard psychiatric facility for orientation re-conditioning.

Mary Charles, played brilliantly by Heather Peacock, is livid about it and let’s everyone know through bluster and back talks. Her strong performance was made all the more pleasurable by the fact that she sang many of the hymns in the show beautifully. To drive the point that she can be whomever she wants to be, Mary Charles takes on the persona of a British boy, taunts her mother with sarcasm and wit and tries to convince her friend Oren to have sex with her in front of the security cameras so they can be deemed cured and go home. Oren, played by Sean Kelly, calls himself Pos and is not so brash. He struggles with uncertainty and loyalty to his preacher father, Hank.

The six actors in this production played multiple roles which spanned generations. This is always fun and interesting but in this case, there were a few transitions that were confusing because there wasn’t always a logical connection to the characters.

Sarah Lynn Taylor nailed the part of Kathy, the picture of southern charm with acerbic undercurrents, but there was something uneven about how her character was drawn that made the surprise ending happen too fast. This is unfortunate because the message at the end is a powerful one. The origin of each of those bullets comes from an inability to re-evaluate, a fear of change and perhaps even a loathing of self. Overall, this is an interesting and thought provoking production solidly presented and played by a capable cast and crew.

The Revelation of Bobby Pritchard is playing through March 28 at The Baltimore Theatre Project. Show times are Wednesday through Saturday at 8, with Sunday’s performance starting at 7.