Thoughts on the 2016 Maryland Film Festival 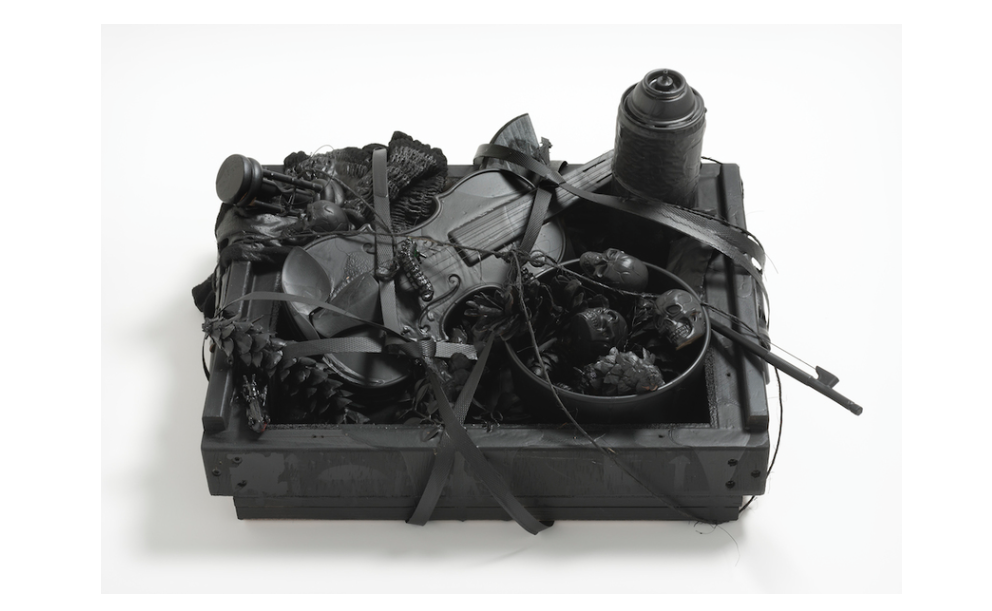 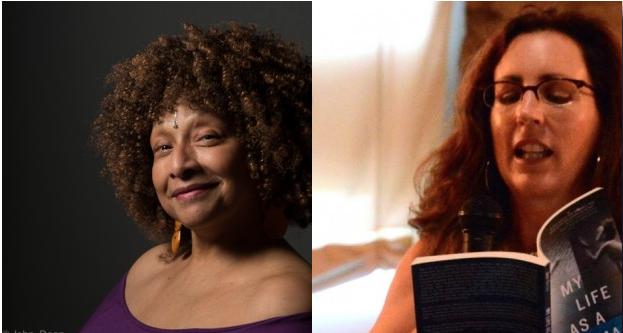 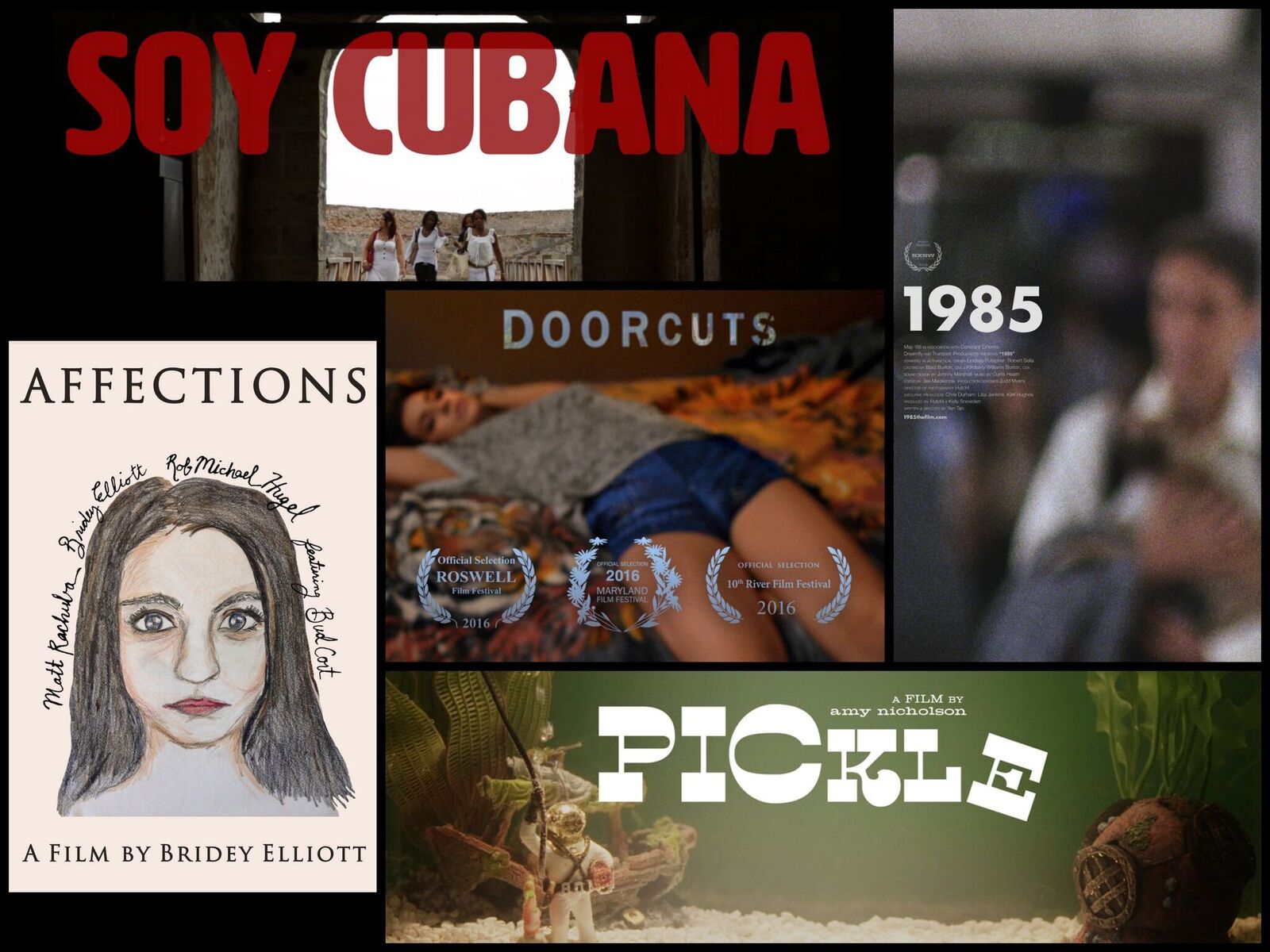 There are great cinematic joys that await any attendee of a well-curated film festival. How great it is to have one’s hopes realized when an eagerly anticipated film meets, or exceeds, one’s expectations! Even better is to discover a hidden treasure where no such advance anticipation existed.

Occasionally, it is true, one can be disappointed, and therein lies the peril of a plethora of choices: what to see, and what to do, especially if one discovers, early in a screening, that the wrong choice has been made? These are the moments I dread, when I flip a figurative coin, head to a venue, and then quickly wish I had gone to a different one. Fortunately, at the Maryland Film Festival, even the (to me) less successful movies still hold items and moments of interest, so rarely is any decision a total loss.

This year, the programmers at the 2016 festival, which ran from May 4-8, offered their usual diverse lineup of shorts and features, documentaries and narratives, comedies and dramas, experimental and straightforward films of all stripes and styles. I had a certain idea of what I wanted to see, going in, but those plans fell apart as life and work got in the way. Nevertheless, I managed to catch enough movies to appreciate, once more, the way in which this great annual local showcase of global cinema enhances the cultural landscape of our fair city, every May. Here are my thoughts on what liked from what I actually managed to see. As they have for many years now, the programmers chose 5 short films with which to open the film festival. While not all quite equally excellent, the films, together, formed a nicely balanced program, with two fictional narratives, two documentaries and one experimental piece. All of the directors were present, along with some cast and/or documentary subjects.

1985 (Yen Tan, 2016, 9min.) This is a movie set in the year of the title, which focuses on one man suffering from AIDS. We don’t know this right away, although there are hints of his disease in the splotchy sores on his skin (and the year of the title is a big giveaway). He hires a makeup consultant to help him cover the sores so he can go home to his mother looking as he used to. Simple, yet moving, this film from the director of Pit Stop is almost perfect, except for an unnecessary final scene that takes away from the lovely interaction between the two main characters.

Soy Cubana (Ivaylo Getov/Jeremy Ungar, 2016, 17min.) Here is a short documentary that could easily have been longer, perhaps even feature-length, without overstaying its welcome. A film about a quartet of Cuban female singers – the Vocal Vidas – Soy Cubana is a beautifully shot portrait of a remarkable foursome, filled with their wholly engaging music. At the Q&A, we learned that the Vocal Vidas are planning a North-American tour, with the embargo against Cuba now lifted. Perhaps that can be the feature.

Affections (Bridey Elliott, 2016, 17min.) Actress Bridey Elliott (Fort Tilden) makes her directing debut with this quirky film about a depressed young woman who seeks solace in an almost compulsive desire to over-share and over-experience. Despite living with her boyfriend, she soon finds herself romantically involved with a local homeless man. All she really wants is for someone to see her as she wishes to be seen. Though a little uneven, the movie is often funny and endearing.

Doorcuts (Zachariah Tatham, 2016, 5min.) This was the one film of the night that I did not like, although it had some interesting visual elements. As the director, himself, stated during the Q&A, it’s really more of a visual-effects music video than anything else. The problem is that not all of the effects – which often repeat themselves – bear witnessing. Still, at only 5 minutes, it is over quickly, and had a few good sight gags that were good for the occasional laugh. Pickle (Amy Nicholson, 2016, 16min.) With the first two films of the evening a close second and third, this was my favorite. Director Amy Nicholson (ZIPPER: Coney Island’s Last Wild Ride) has crafted a brilliant documentary about Nicholson’s father and step-mother, who keep a menagerie of animals, some of whom live long lives, while others die early gruesome deaths (as does Pickle, the fish of the title). We start with a tale of obese chickens and move on to a paraplegic possum named Pogo. Who couldn’t love a movie with such an eclectic mix of subjects?

collective:unconscious (Lily Baldwin/Frances Bodomo/Daniel Patrick Carbone/Josephine Decker/Lauren Wolkstein, 2016, 78min.) Another collection of 5 shorts, linked by a recurring interstitial framework of interviews with the filmmakers, collective:unconscious plays as a feature-length omnibus film. Its premise is that each movie in the collection is based on a dream by one of the members of the collective, filmed by a different member. Again, not all of the stories are equally strong, but the whole forms an often visually mesmerizing experience. By far my favorite of the bunch is the first one, All Hypnosis Is Self-Hypnosis (Daniel Patrick Carbone/Lauren Wolkstein), an odd gem of a retro sci-fi tale, in which one man battles a mysterious overlord who holds his subjects in line by means of an intrusive, repetitive audio broadcast from a nearby watchtower. I also really liked Everybody Dies! (Frances Bodomo), filmed in VHS in the style of an older cable-access gameshow, in which host “Ripa the Reaper” reveals the truths about the high risk of death for African-Americans in the United States. Both funny and deeply tragic, the film is a profound meditation on racial inequality.

Cameraperson (Kirsten Johnson, 2016) Cinematographer Kirsten Johnson (Citizenfour, The Invisible War, Pray the Devil Back to Hell) has traveled the world shooting footage for documentary directors committed to exploring complex subjects with journalistic integrity. Now she uses that footage – both what ended up in those other films and what came before and after the chosen shots – to assemble a fascinating portrait of her life and work. What I particularly enjoyed were the moments where she scrambles over sometimes rough terrain to reframe a composition, or when she discusses the shot with her director. It’s a wonderful lesson in the often improvised way in which documentary films are made. At the same time, we are also frequently plunged into the harrowing emotional landscapes and physical dangers of war-torn countries and authoritarian regimes, reminding us of what filmmakers must often endure to bring us the finished product. This is a must-see film for people who make movies and love movies, alike.

Norman Lear: Just Another Version of You (Heidi Ewing/Rachel Grady, 2016) In the 1970s, television writer and producer – what we would call, today, a “showrunner” – Norman Lear gave us such seminal series as All in the Family and The Jeffersons, among many others. Still going strong at 93, Lear is the subject of a smart new documentary, from filmmakers Heidi Ewing and Rachel Grady, that takes us on a journey through his life and work. Using mostly archival footage – both of Lear and of his shows – as well as the occasional staged reenactments, Ewing and Grady build an engaging testament to a man who defined our culture for many years. There are a few missteps here and there – why is George Clooney in the film, for example, and why do the filmmakers not push harder on the racial debacle of season 1 of Good Times? – but these are very small problems in what is otherwise a masterfully crafted film.

Do Not Resist (Craig Atkinson, 2016) A timely film if there ever was one, director Craig Atkinson’s documentary about the militarization of police forces across the country shines a powerful spotlight on the consequences of what happens when too much power meets too little oversight. From Ferguson, Missouri, to Concord, New Hampshire, and many places in between and beyond, Atkinson has gathered footage from law-enforcement conferences, street protests, and other sources to weave a disturbing cinematic tapestry of a nation at war with itself. The movie screened with Speaking is Difficult (A.J. Schnack, 2016), a powerful short documentary that combines audio from 911 calls reporting mass shootings with present-day images of the locations from which the calls came. In some ways, it’s an interesting pairing, since the one film laments police violence while the other reminds us of our reliance on the police in tragic situations, but they both share a concern with the effects of gun violence on our culture. Other films that I saw and reviewed for the online film magazine Hammer to Nail include:

Hunter Gatherer (Joshua Locy, 2016): The festival’s closing night film, Hunter Gatherer is a brilliant first feature from director Locy, in which he creates a gentle portrait of the challenges facing a self-destructive man (Andre Royo, “Bubbles” from The Wire) fresh out of prison. Back in March, at the SXSW Festival, I also interviewed both director and star.

Salero (Mike Plunkett, 2016): A gorgeously photographed meditation on a disappearing way of life on the vast salt flats of Bolivia.

Trapped (Dawn Porter, 2016): The fight for and against a woman’s access to medically safe abortions is the subject of Porter’s well-crafted investigative documentary. And then there were the films that did not work for me, such as Always Shine (Sophia Takal, 2016), High-Rise (Ben Wheatley, 2016), Little Men (Ira Sachs, 2016) and The Master Cleanse (Bobby Miller, 2016). It’s a tribute to the creative curatorial powers of the festival’s programmers, however, that even these movies each offered up something interesting, even while disappointing. Never is a film shown completely without worth.

Beyond the films, the festival ran a full slate of panel discussions in the tent village, including one that I moderated, on the current state of film criticism, with: Richard Brody, of The New Yorker; Angela N. Carroll, of Bmoreart; Adam Katzman, of the City Paper; Erik Luers, of IFP; and Max Weiss, of Baltimore Magazine. Other conversations included topics on film financing, sound design and documentary filmmaking. Not only, in other words, is there “film for everyone,” as the festival’s motto states, but so much more. Make sure to start planning now to attend in 2017.