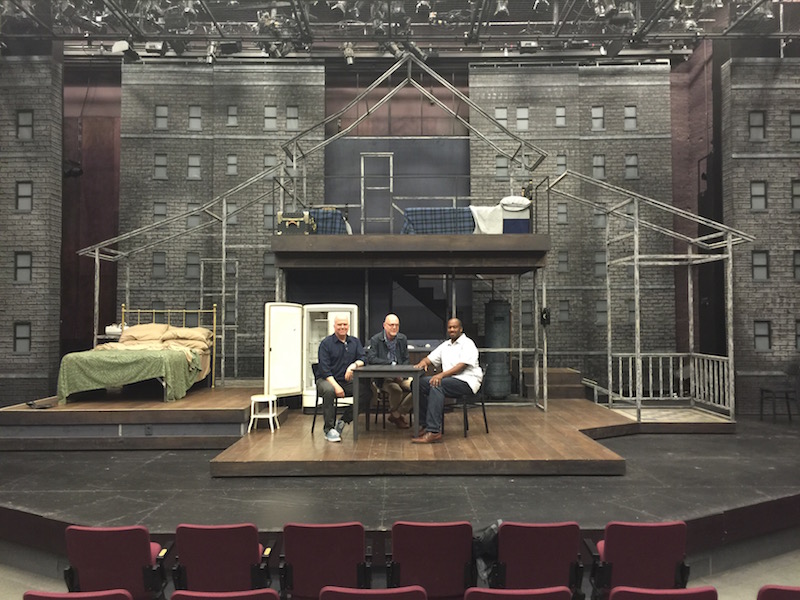 Salesman to Streetcar in Under an Hour 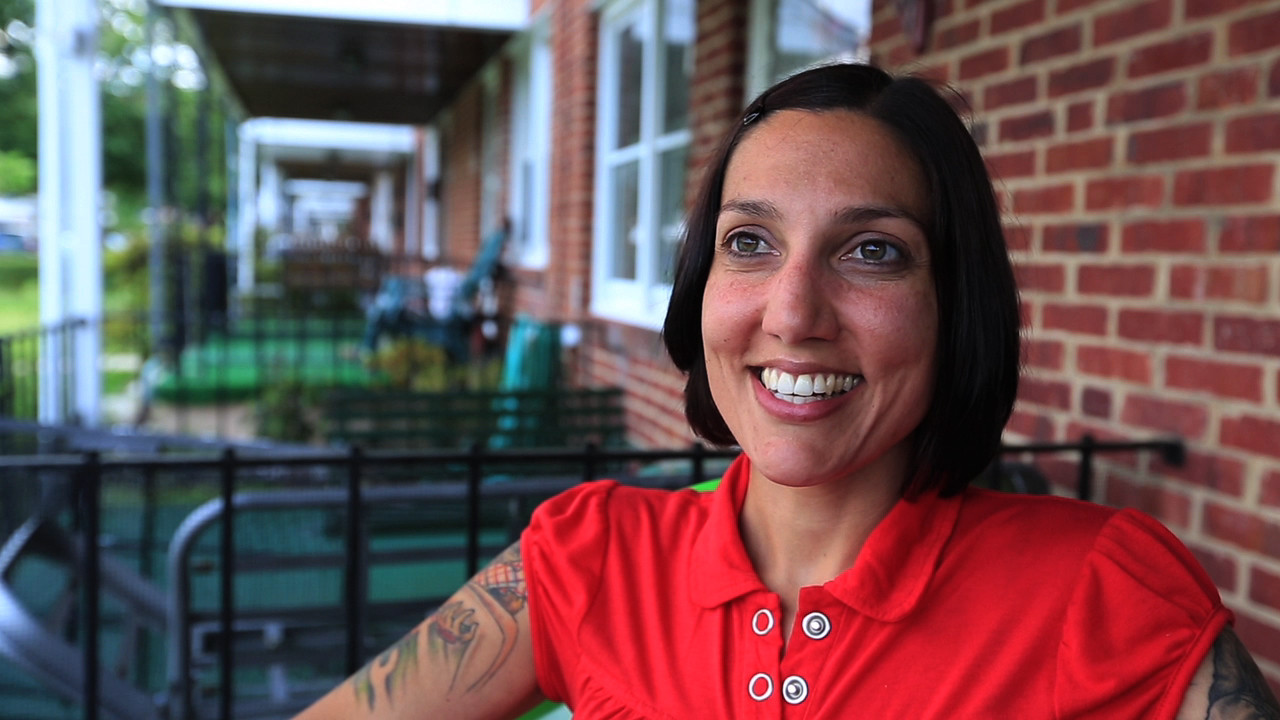 Moms & Meds: Navigating Pregnancy & Psychiatric Medication (2016, 53min.), a new documentary from local filmmaker Dina Fiasconaro, tells the story of several women’s journeys as they struggle to decide how to take medication during pregnancy. Some of the subjects suffer from depression, others with anxiety; all are committed to being the best mothers they can be. It is a particularly personal tale for Fiasconaro, since she, herself, was taking psychiatric medication for anxiety before her pregnancy (she no longer does), and is one of the principal subjects of the movie.

For more information about the film, including upcoming screenings, local and otherwise, as well as how to purchase or rent the film online, please visit its website. What follows is a condensed and edited digest of a recent conversation I had with Ms. Fiasconaro. In the interest of full disclosure, let me state that she is a professor in the department – Film & Moving Image – which I run, as chair, at Stevenson University.

BmoreArt: So congratulations on the film. What drew you to the subject?

Dina Fiasconaro: I was drawn to the subject because of my own personal journey. At some point, in 2011 or 2012, my husband and I decided that we wanted to have a kid. It was kind of like a now or never point, in terms of our age. At the time, I was taking two different medications for anxiety, and I had been for over a decade. And so I started to do some research about the safety of different medications – mine, specifically, and then in general, you know, anti-anxiety and anti-depressants – and I realized that I needed to make a decision, prior to getting pregnant, about whether or not I was going to stay on my medication or get off of it.

As I started to do research and talk to doctors, I quickly discovered that there were no easy answers. People were very reluctant to tell me to do things or not do things, and so I was left on my own to flounder and piece together my own research, etc., and I started to realize that I couldn’t be the only woman that was grappling with these issues. And because I was a filmmaker, I thought the most obvious way to document and potentially help other people in the future would be to make a documentary film about myself – initially – as I was going through that process.

How did you find your subjects?

So finding my subjects was actually one of the big challenges that I had, because of the nature of the larger subject, which deals a lot with the stigma of mental illness. I decided, early on, to put myself in the film – somewhat reluctantly – because I knew that if I couldn’t find anyone else to talk to, at least I would have my own story to tell. Luckily, as things unfolded, I started to find other women who were able to round out some of the issues in the story for me. Kelly was my my cameraperson’s sister. That’s how I met her. Angela and I had a mutual therapist, so our therapist hooked us up. And then Christine and Vicky contacted me after I put a call out on Dragonuk for people to come act in my b-roll shots, and they contacted me and said, hey, I’m actually going through this same experience. So I was able to piece 5 main women together from all of that. But it took a couple of years.

When did you first start working on this project? How long from start to completion?

And when was your own child born?

How did you build trust with the women who agreed to be in your film, so that they felt comfortable telling you their secrets?

For me, the trust building was fairly easy, since I was somebody who was also living through the same experience that they were. It may have been different had I come in without having had some of those similarities. We all struggled with mental illness, to some degree; we all really cared about our children and about making the best decisions that we could for them. I think that that instantly created a bond. And perhaps, also, the fact that I was a woman filmmaker, speaking to other women, helped, as well. There is a male doctor that I interviewed, but the majority of the people in the film are women.

Speaking of that doctor, I really liked both of your experts, Dr. Stephen Contag and Dr. Elizabeth Fitelson. How did you find them?

Just through doing some general research. Due to some budgetary restraints, I realized that I was only going to be able to travel to interview people more or less along the East Coast, wherever I could, essentially, drive to. So I looked in the New York area and I looked in the Baltimore area. Dr. Contag is based here, and Dr. Fitelson is a prominent doctor in New York. And they’re both great medical towns. So let’s talk a little about your filming choices. If I am not mistaken, all of your talking-head interviews featured at least two angles. Was that part of your creative plan, from the beginning, and what motivated your choice to do that?

Yes, it was planned from the start, to shoot with two cameras, and we shot on the [Canon] 5D Mark II. That was just practical, for editing, so that I’d have something to cut away to. Also, because I started with the interviews and then shot b-roll, afterwards, I didn’t know what I would end up with, for b-roll, and so I wanted to cover myself, in the edit room, in terms of having those two angles.

So did the content of the interviews motivate your b-roll?

Yes, very much so. My original plan was to embed myself with Kelly or one of the women and have it be this very vérité, observational style documentary, where I would just be there, filming, but logistically that just didn’t work … because I got pregnant, not even a year into making the film, and teaching full-time, and trying to balance my regular life, and everyone else trying to balance their lives … that’s why it ended up becoming a little more traditional.

Which is fine, and somebody pointed out, and I thought this was interesting – and I didn’t do it on purpose, but now I’m just going to start saying that I did – that since we were shooting in small spaces on a long lens, which results in shallow focus, that this resulted in it looking like the women, themselves, were confused and unclear about what was happening.

I would say, own that.

(laughs) Right on! Of course, I had that totally planned out from the beginning.

Here’s another question about your filming methods. You have a number of re-enacted scenes – or just “acted” scenes – in the film. At what point did you decide that you were going to incorporate re-enactments in your documentary?

Incorporating re-enactments was another sort of reluctant piece, in addition to me putting myself in my own film. Of course, ideally, I would have had footage of real doctors with real patients, but there are HIPAA laws, and I just hit so many roadblocks, in terms of actually being able to shoot real doctors. But I knew that I needed that footage, especially related to some of the statements that people in the interviews were making.

So you keep on talking about your reluctance to be in the film, and yet you are in the film quite a lot; you’re one of the main characters. In fact, you are the only person in the film who directly addresses the camera, thereby breaking the fourth wall and making it a sort of confessional documentary. Once you were in the film, what motivated your choice to do that?

Early on, I made the decision to have it be a really personal film and a film that’s for other women who are going through the same experience, and I thought that that would be a way to connect with them, as though I am sitting there and having a conversation with somebody. On another note, I was kind of worried about myself, in terms of the stigma of mental illness, and having a professional life, and how that might reflect on me, if the wrong person were to see the film and choose to use it against me, in some way. So far, I’ve gotten very positive feedback from people. In general, it was risky for all the women to be associated with the film, because of that stigma.

So speaking of all of that, what has been the reaction to the film? How many screenings have you had, so far?

We’ve had one festival screening, and 6 or 7 smaller screenings …

What was the festival?

The Women’s Film Festival, in Philadelphia. So a lot of the other screenings have been Baltimore-based, but now we’re starting to branch out nationally. There’s an upcoming screening in California and a screening in Pennsylvania in June. The greatest thing has been the articles – online and print – in magazines like Cosmopolitan; the City Paper did an article a few years ago when I was first working on the film. I’ve been hired to write articles about the topic, which is a pretty cool offshoot, so I can talk about my mental illness and what it’s like to be a mom, and how I balance my life, and even some post-partem stuff; post-partem anxiety, being worried that [my daughter] Sailor is going to be hurt all the time. I’ve actually been surprised. It’s clearly a very small – very niche – topic, that not everyone is going to be able to relate to, or have a direct experience with, but I’ve slowly been tapping into that exact community, and I think when those people take it and want to do something with it, then that’s when it can really start to get out into the world and hopefully make a difference.

And people have found that it reflects their experience?

Very much so, yeah. I had a woman, who lives in Ecuador, find it, somehow, and she was, like, thank you so much, this is my experience … and I field all of these emails from women all over the country, weekly, who have found the film …

And the web address is womenandmeds.com, and there’s a link there telling you how you can watch it.

There is. How you can watch it, and how you can contact me.

Well, I’m glad you’ve had such a good reception, including articles, and now you have this interview, for Bmoreart!

So congratulations, again, on the film! All the best, going forward.

As of this writing, the next screening will take place (again, for more information, check out the website) Tuesday, June 21, 2016 @ 7pm, in the Zoetropolis Art House, 315 West James Street, Lancaster, PA 17603.