How To Visualize Blackness on a White Wall? Paint the Wall BLACK! 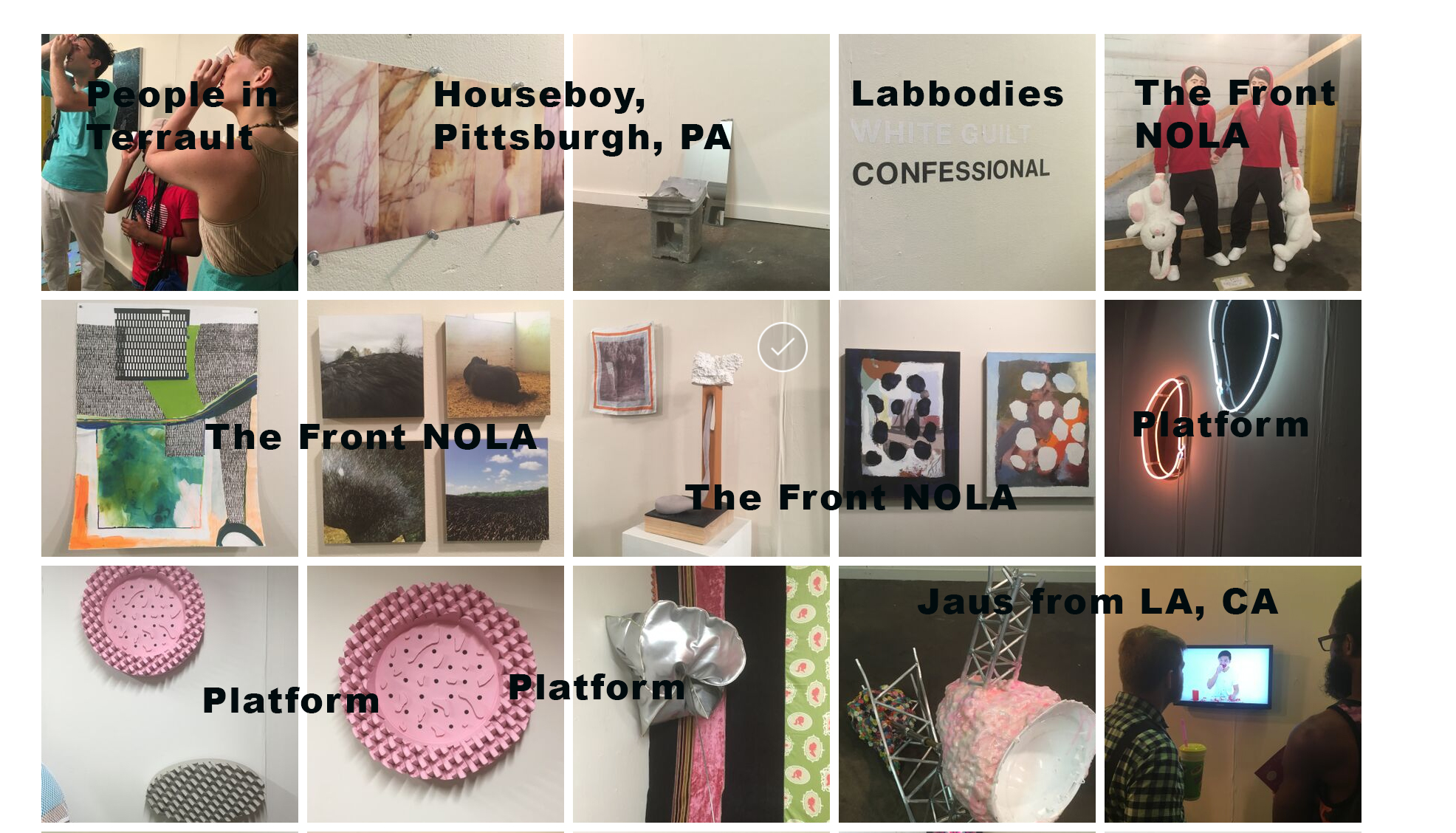 Highlights from the Artist-Run Art Fair at Artscape 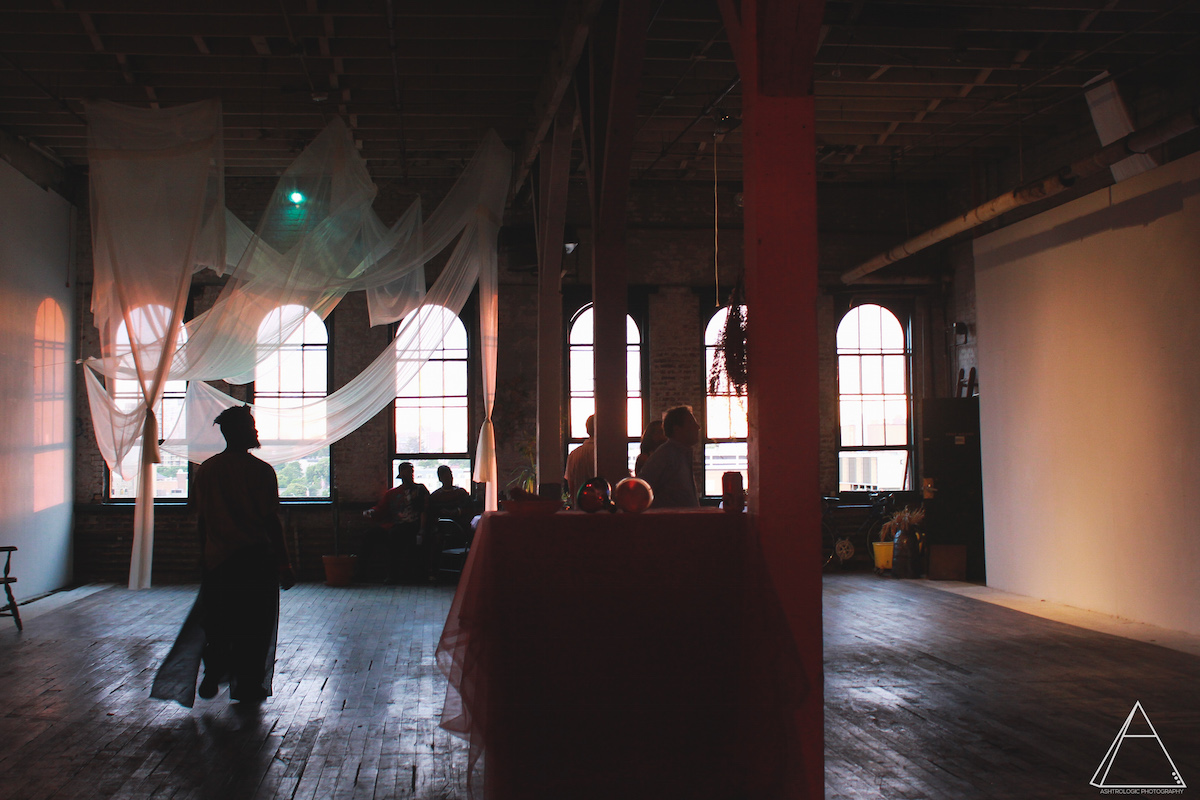 Visual Art
How To Visualize Blackness on a White Wall? Paint the Wall BLACK! 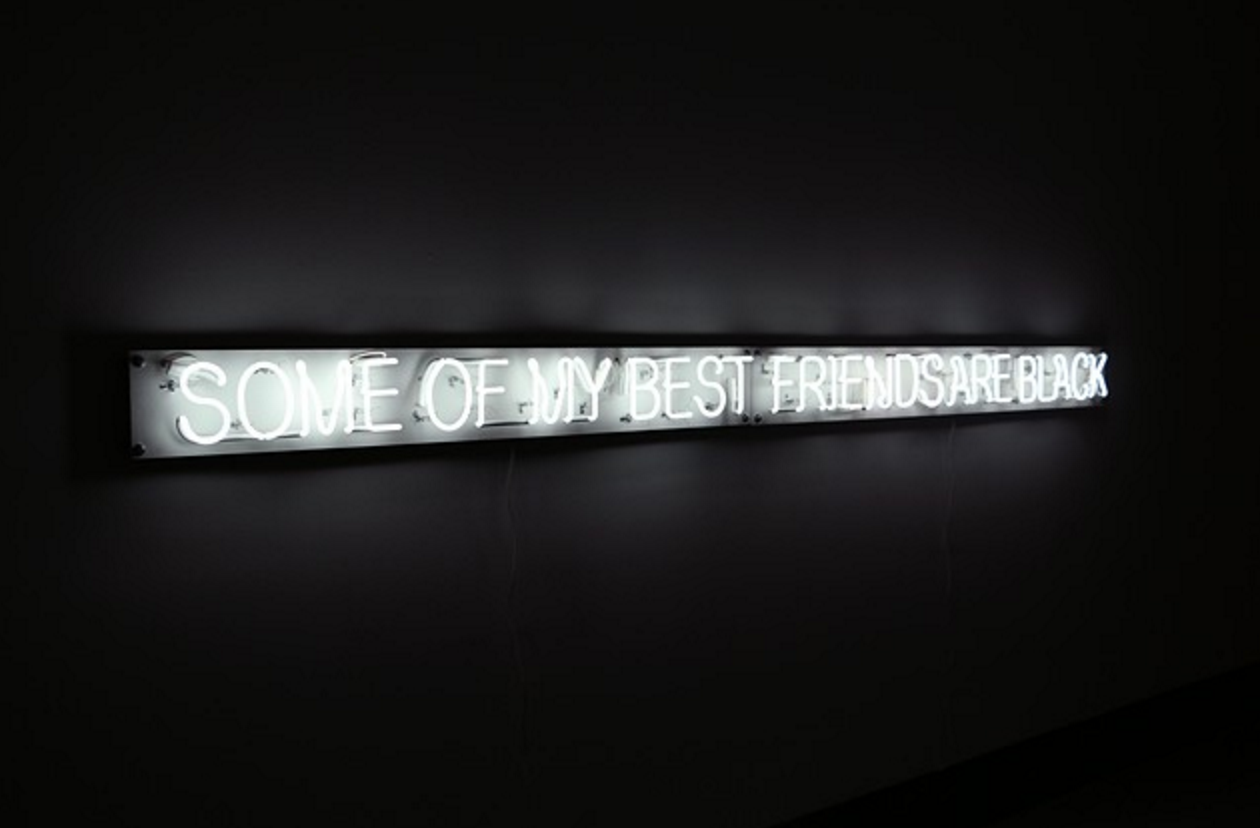 A Conversation with Conceptual Artist Larry Cook by Martina Dodd

“I am invisible, understand, simply because people refuse to see me.” -Ralph Ellison

There is power in occupying space. But this kind of power is limited without ownership. Limited power, much like the conditional freedom Jesse Williams mentioned in his acceptance speech last month at the BET awards, is always dependent upon outside forces. Williams’ notion of conditional freedom, which can be given and then taken away, sounds eerily similar to the invisibility Ralph Ellison described in his 1952 novel “Invisible Man.” The wavering visibility Ellison’s narrator experienced was dependent on how others chose to (not) see him. It was the unwillingness of others to acknowledge his presence rather than a physical aliment, which caused his invisibility.

For many Black people in America this feeling of not being seen or heard occurs far too often, at their jobs, in their schools, and certainly in the art world. I spoke with Larry Cook, a conceptual artist and one of this year’s Sondheim finalists, about the power of representation and the role racial identity plays in his creative process. Through photography, video installation, and appropriated imagery, Cook actively keeps Blackness in the forefront of both his work and his life.

Martina Dodd: At this year’s James A Porter colloquium, while on a panel entitled, Black Artist Collectives: BAM and its Influence, you discussed your desire and decision to be represented by a Black-owned gallery. Why was this important to you?

Larry Cook: The question was asked what does Nation Time* mean to me? When I think of nationalism I think of a collective pulling their resources together and sacrificing individual desires for what’s best for the collective. So it was important for me to discuss my decision to be specifically represented by a Black-owned gallery, because I had the option to go elsewhere. Black-owned galleries are scarce and I believe Black artists should make it their responsibility to patronize, collaborate with, and support Black-owned galleries so we won’t be so dependent on European galleries.

Most of your work addresses identity, challenges the notion of a “post-racial” society, and draws from a collective Black American experience. What role (if any) has race played in how you navigate within the world of art?

Race has played an important role in how I navigate within the world of art. My work primarily speaks directly to Black Americans but many of the galleries and institutions that show my work are mostly owned and patronized by Europeans. So the context surrounding my artwork is reflected in the very same industry in which I show my artwork. This forces me to push deeper into the complexity of racism. It also shows the complexity of being a Black artist and highlights the contradictions that follow us, not only as Black artists but as Black people.

Although you are represented by Galerie Myrtis, you have shown in several other galleries where the staff is overwhelming White. How is your work received in these spaces?

I think my work in some cases has been well received. There’s always been this fascination with the Black body and Black culture by other races. My work at times has allowed access to that within spaces that appear to be progressive and inclusive. But also my work has been controversial and even seen as divisive, which is expected when dealing with issues of racism and identity.

Are you afraid that your work and work by other Black artists will always been viewed in the context of Whiteness?

Not at all. I think it’s just the reality that we live in as Black people in America. I think what’s most important is to keep Black liberation at the forefront of your work, no matter how anyone views it. Last year I attended your solo exhibition, Stockholm Syndrome, a poignant and somewhat controversial show about the psychological effect of slavery in America. I remember reading your artist statement for the show and chuckling to myself a little after seeing a disclaimer at the top of the page made by the gallery stating that the opinions shared were “those of the artist only” and did not reflect those of the gallery. Was this something you and the gallery discussed? Did you feel pressured to change your statement or work to align with the gallery’s views?

The decision to place a disclaimer on my artist statement was not discussed between the gallery and I. I only saw that it was placed on the statement shortly before the opening reception, but I understand that the gallery felt they needed to protect themselves. But when you’re making work as a Black artist about racism in White spaces these things happen. It was kind of an honor, to be honest.

Now those works are currently on view at the Baltimore Museum of Art. Did the museum also write a disclaimer?

Well, the museum wrote the statement for each artist participating in the exhibit. So they were in control of the language. So no disclaimer this time.

Do you think the idealization of solo exhibitions at major institutions like the Whitney in New York, which has been criticized for their lack of diversity, is part of this cultural amnesia you explore?

How do we continue to create and support our own institutions?

Black Nationalism must be at the forefront. It has to be a paradigm shift in the way we think. We must make it mandatory to support Black institutions and we have to hold each other accountable. Then we will begin to see the progress that we need.

*The term Nation Time, made popular in the 1960s during the Black Power Movement, was a phrase used to incite collaborative efforts towards Black liberation through self-determination, self-respect, and self-defense for Black America.

Larry Cook‘s work is currently on view in the Sondheim Finalist Exhibition at the Baltimore Museum of Art until July 31st and at Galerie Myrtis until July 30, 2016.

Martina Dodd is a DC based curator and writer. She is fascinated by the ways in which value is placed on art and seeks to examine the social impact material culture has on society. Dodd holds a MA in the Arts of Africa, Oceania and the Americas from the University of East Anglia and a BA in Anthropology and International Studies from Johns Hopkins University.

Image at top: Some of my best friends are Black, neon, 2015, courtesy of the artist