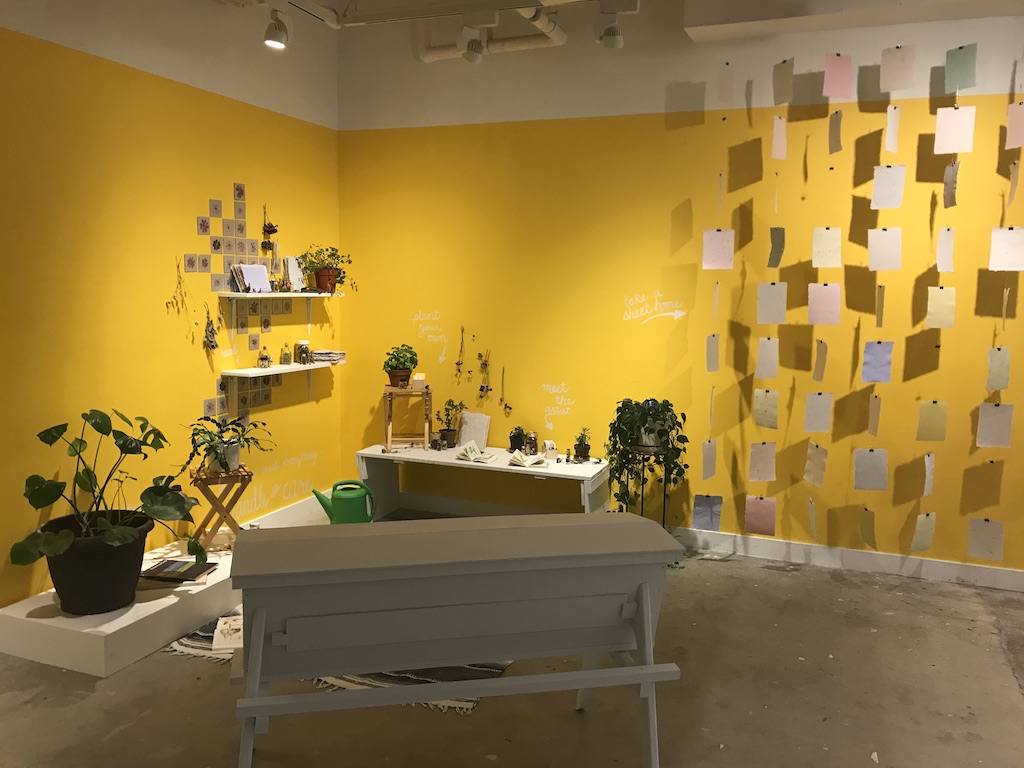 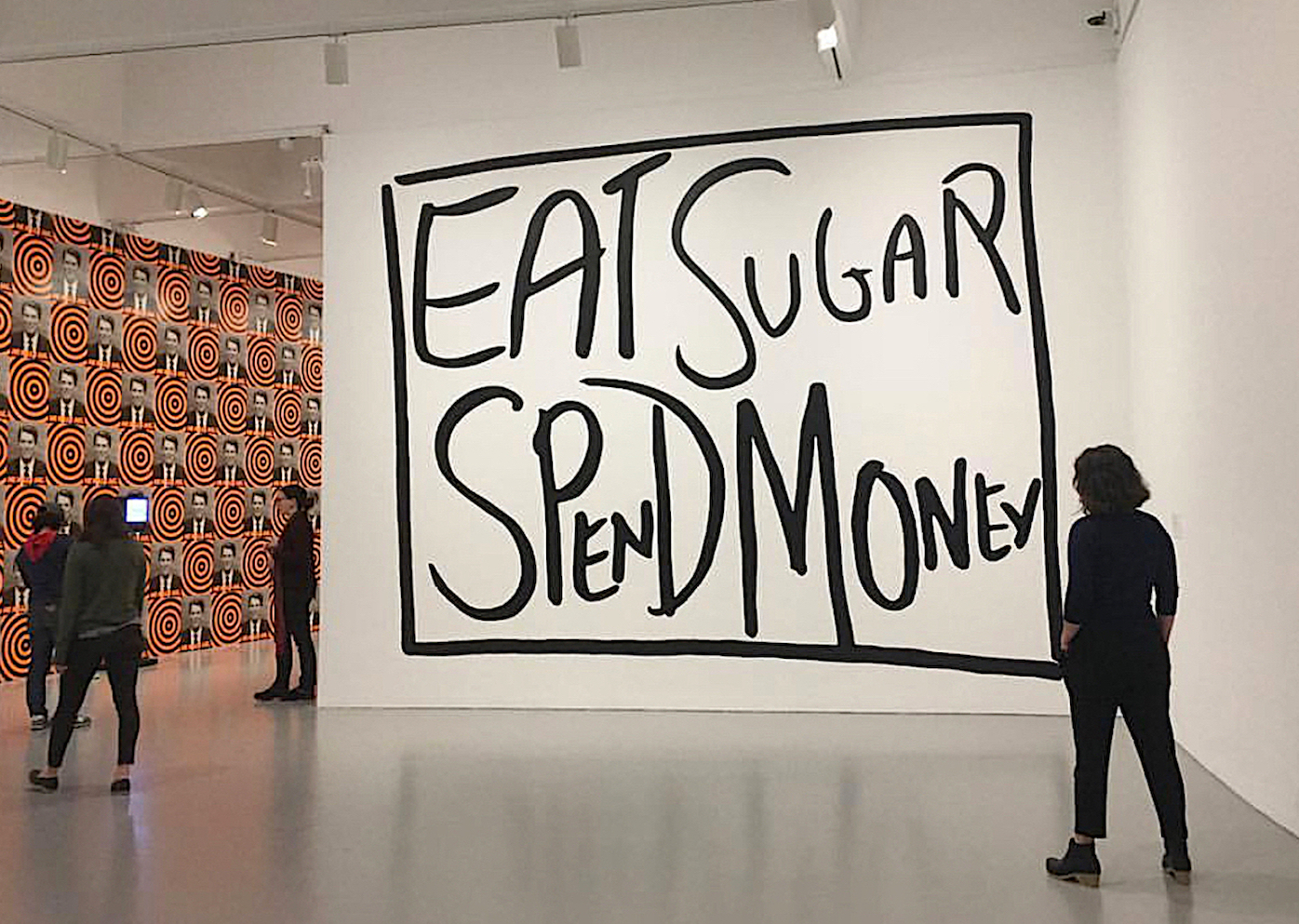 News & Opinion
The Internet is Exploding: 10 Must-Read Articles This Week 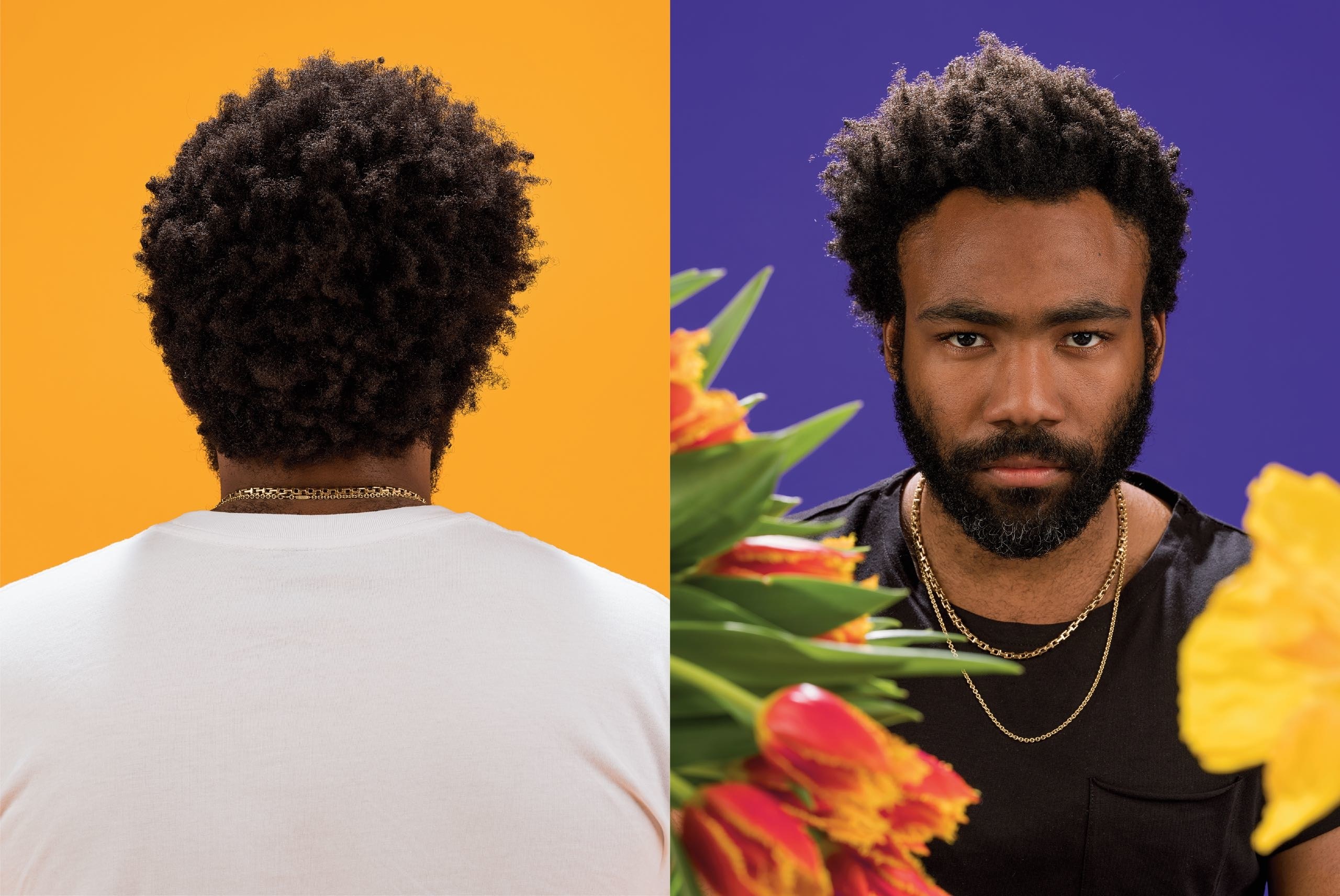 The internet was hit or miss this week. News about the Parkland shooting is still making headlines, and a student at Central Michigan University shot his parents in his dorm room. Don’t get me wrong, I’m glad gun control is still in the national dialogue and the Central Michigan University shooting is tragic, but reading about both stories feels like being stuck in the same loop this country has been stuck in for a long time.

Highlights: Donald Glover is GOAT, Abdu Ali released a new song, being a YouTuber can be lonely, OED is boss, Bernadette Peters is a national treasure, Uber and Lyft are replacing medical emergency vehicles, Facebook does not understand art, Xi Jinping wants to be president of China forever, and Baltimore City Councilman Ryan Dorsey stood up for what he believes in.

1. The New Yorker: Donald Glover Can’t Save You 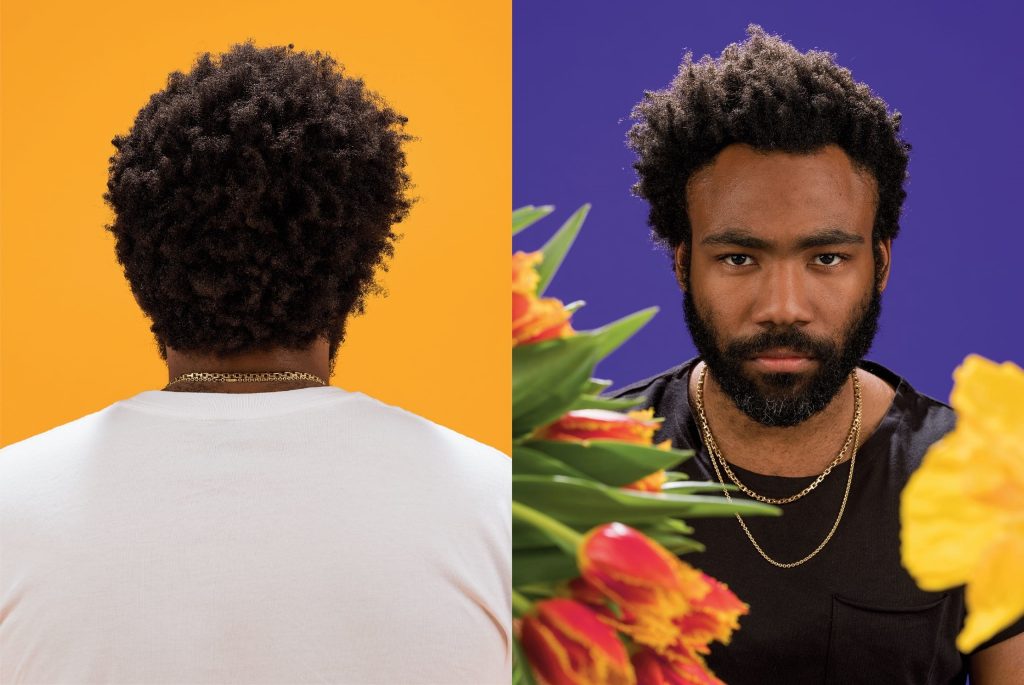 One of our interns, Thea, has been nagging me to read this all week. Here is what she has to say: “Donald Glover is the GOAT — and he thinks so too. His resume reads like six separate resumes: he’s an actor, writer, director, comedian, producer, songwriter, rapper, and disc jockey. Right now, his focus is on writing, starring in, and occasionally directing Atlanta, the black comedy about black life. The New Yorker’s profile is expansive, like Glover’s career, and gets into the politics of race in the entertainment industry, and the tension between creative risk and creative responsibility. Glover ‘thinks of reality as a program and his talent as hacking the code,’ which sounds suspiciously clerical, but his work redeems his ambivalence. ‘People accept me now because I have power, but they still think, Oh, he thinks he’s the golden flower of the black community, he thinks he’s so different. But I am, though! I feel like Jesus. I do feel chosen. My struggle is to use my humanity to create a classic work.'” 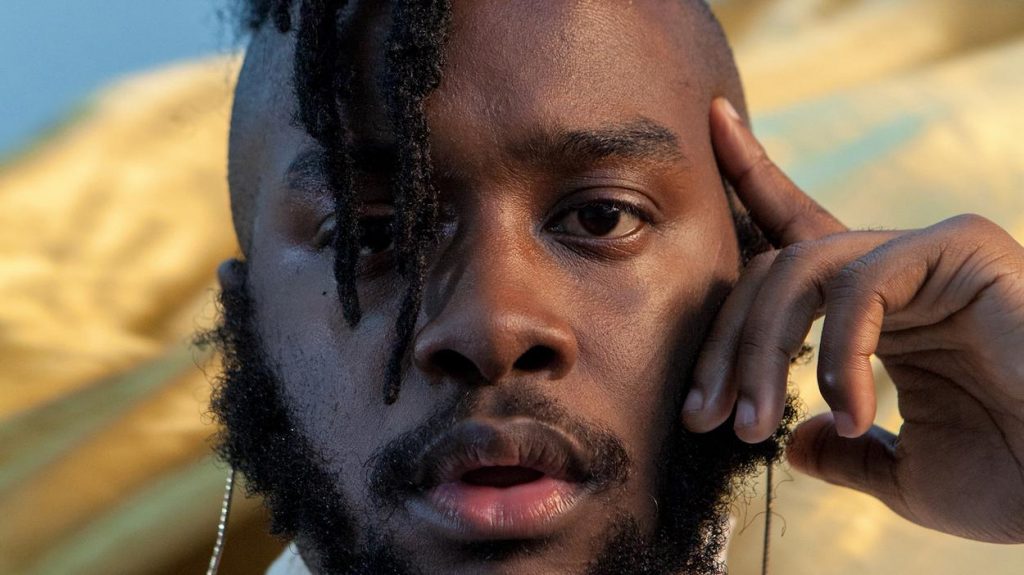 Abdu Ali has become synonymous with the city’s rap and queer scene. This week he released “DaWon”, the first track on his forthcoming FIYA!!! mixtape. For Ali “DaWon” is “monologue and it’s speaking from this character [he is] developing. Their name is DaWon and they’re a non-binary, enhanced being.” FIYA!!! Is based on this character, with each song charting a different aspect of them.

This mixtape is Ali’s first project since he released Mongo in 20016, a nine-track “black self-care mixtape” that harks back to many of the sounds and stars of Baltimore Club music. “DaWon” takes a more forward-looking approach, with synths that add an element of Afro-futurism. He will be performing some of his new music at Motor House on Saturday, March 17.

3. Vice: The Lonely Life of a Professional YouTuber 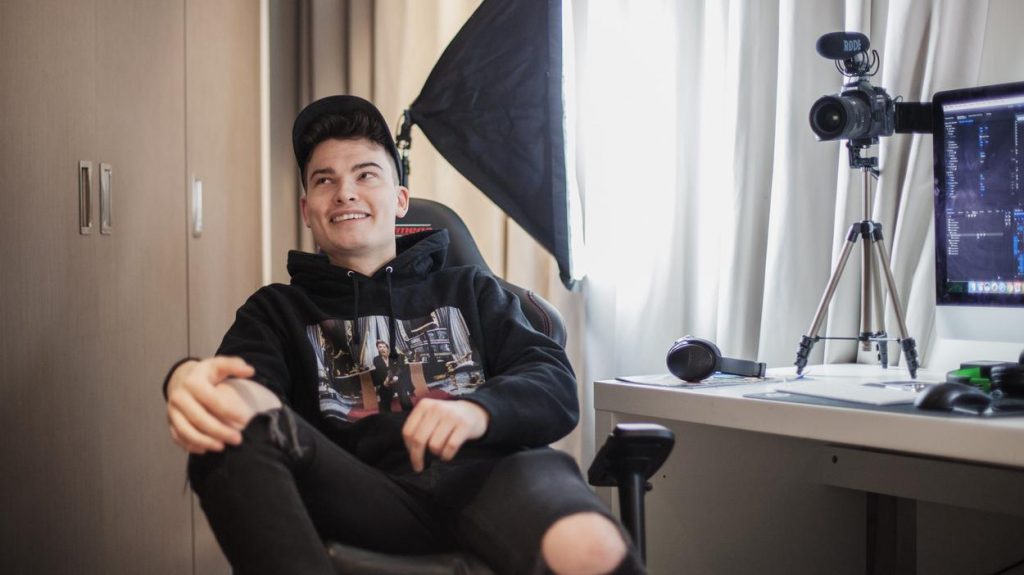 I’m still not really sure why adults (okay, yes, I am *technically* an adult, but let’s be real…I’m 22 and still don’t know how to function in the *real* world.) seem so fascinated by professional online celebrities. Being social media famous just makes so much sense to me and “in some ways, you can see the YouTuber as the ultimate distillation of modern neoliberal culture: an entire community of self-promoting individualistic entrepreneurs, desperately battling each other for economic success, while their work simultaneously benefits advertisers and drives the success of a corporate monolith: YouTube.” It is dark but true. People are just trying to meet the world where it is.

Despite how bizarre this concept might seem, this phenomenon has been YEARS in the making, just take a look at Guy Debord’s Society of the Spectacle.

4. The Guardian: Inside the OED: can the world’s biggest dictionary survive the internet?

So *technically* this should have been a candidate for last week’s list but it is just so interesting I could not help myself!

I have always been confused by language. I was very bad at reading growing up, and still can’t really spell (thank you spellcheck!). Language is hard for me, but I love the things I don’t understand.  I do not have my own copy of the OED, but I grew up with my father’s compact edition and thought it was the coolest thing ever. I was always amazed by the care and consideration it gave each word. The history of the OED is just as complicated as the language it tries to record. But the dream of a dictionary is that “in capturing a word, a sliver of lived experience can be observed and defined. If only you were able to catch all the words, perhaps you could define existence.” We understand everything through language, and it is the record we have of ourselves.

*I also find it super interesting that this article did not mention the Urban Dictionary, which is basically the internet version of the OED.

5. The Interval: Bernadette Peters: Young and Cute, Forever and Never 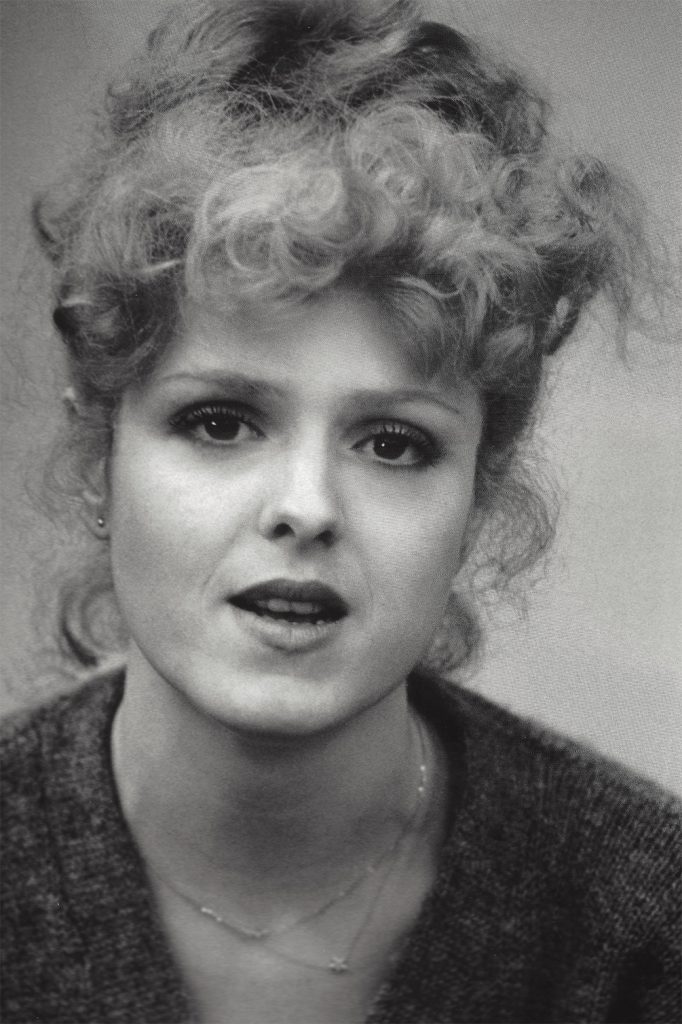 Bernadette Peters in a national treasure. Even if she is not your personal taste as an actor, there is no denying the immensity of her career.

I first learned of Peters when I saw the 1997 Cinderella film, which is always underrated. Peters played Cinderella’s evil stepmother, so obviously I was not a fan of her character because I was in love with Cinderella. But I remember being mesmerized by the precision in which Peters performed her part. She has a broad vocal range and she exercises amazing control. At times her voice, in both speaking and singing parts, was so high and sharp it startled me and hurt my ears, and at other times it was so deep and melodic it pulled me close, held me tight, and almost lulled me to sleep.

For me, the magic of Peters is not that she is young and cute, forever and never, but that she makes me feel that way. Peters never fails to transport me back to my childhood, sitting in front of the TV, captivated by Cinderella, no matter what role she is performing. In her current role on Mozart in the Jungle, she is stunning. 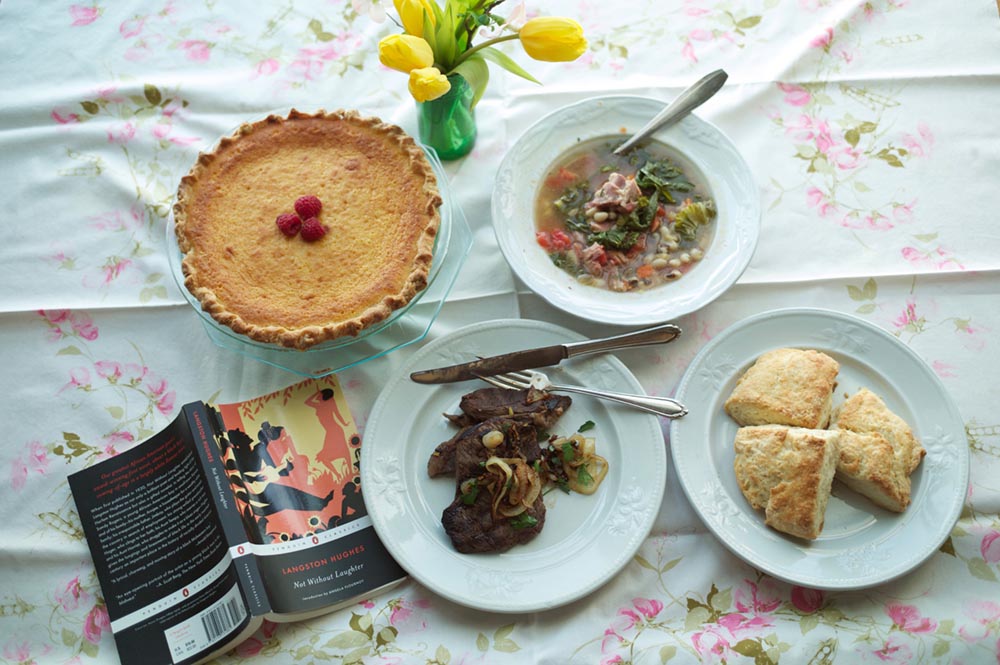 Eat Your Words is one of my favorite series on the internet. In each iteration, Valrie Stivers prepares food from different pieces of literature. I am not sure exactly why I enjoy it so much, but I suspect it’s because it seems so honest and unadulterated. Food plays an important role in every culture and everyone’s life story. I think it is romantic to try to get closer to someone’s life by literally consuming the same things they did.

7. BuzzFeed: Passengers Who Call Uber Instead Of An Ambulance Put Drivers At Risk 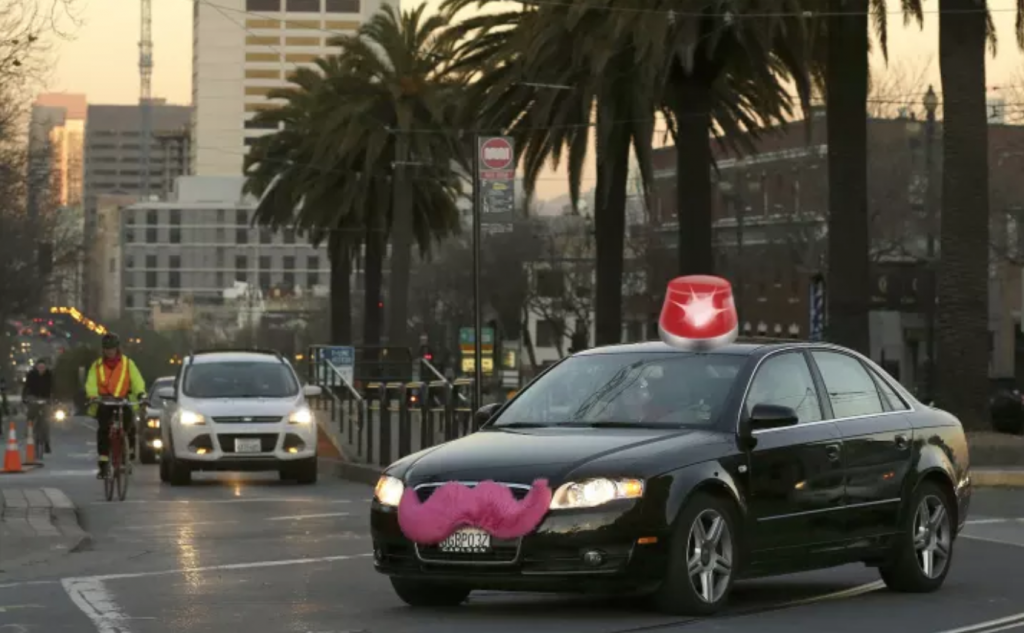 This makes so much sense but also freaks me out. A lot of people are choosing to take use ride-hail services to get to the hospital instead of traditional means of medical transportation. The trend of taking Uber or Lyft to the hospital is indicative of another trend: expensive ass American healthcare. Even with insurance, “emergency medical transportation is expensive, with ambulance rides costing patients hundreds or even thousands of dollars.”

LOLOLOLOLOL! Facebook is so funny! Facebook keeps censoring art as “pornographic,” and this time they did it to Venus of Willendorf. Their policy supposedly allows nudity in “photographs of paintings, sculptures, and other art that depicts nude figures” (also, it is interesting that fine art photographs of nudity are not allowed, but I get why some people might take offense to logging onto Facebook and seeing a Mapplethorpe on their feed). 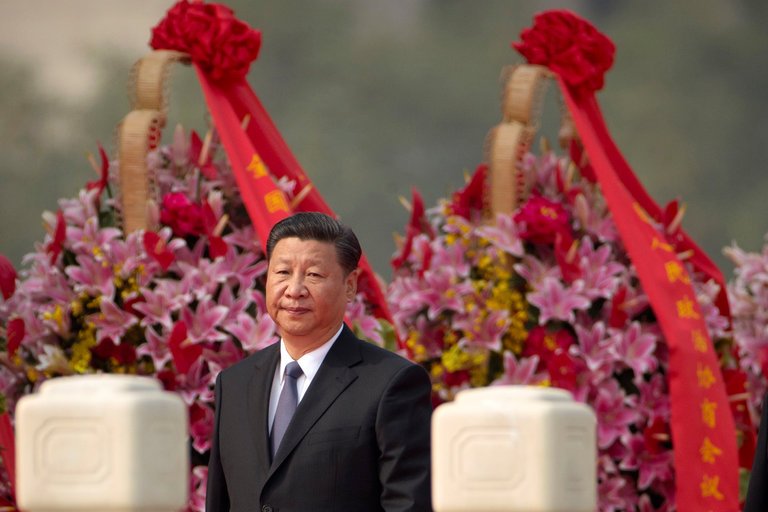 Last Sunday it was announced that China’s communist party abolished limits on presidential terms. In effect, this lets the current president, Xi Jinping, govern China indefinitely. The strangest part about the whole thing is “there was a time, not so long ago, when a Chinese leader setting himself up as ruler for life would have stirred international condemnation for bucking the global trend toward greater democracy. Now, such an action seems fully in keeping with moves by many countries in the other direction.”

Let’s hope that Trump does not get *inspired* by this news.

GO RYAN DORSEY! If you have been following what’s been happening with the Gun Trace Task Force (or The Internet is Exploding) you know that situation is batshit crazy. Darryl De Sousa was confirmed as Baltimore Police Commissioner last Monday and Dorsey was the only member of city council to vote no, despite De Sousa not releasing his BPD file (the information is not public record) and the department’s overall murky history. So many people in Dorsey’s district (3) and across this city were in support of his vote.

In part, Dorsey’s statement to council explained, “While we can clearly acknowledge that this new overt commitment to not be corrupt or to not violate civil rights is certainly an improved rhetoric, fundamentally, it’s a commitment to more of the same. Our very best efforts to put forth great leaders and well-intentioned, well-stated plans has really only resulted in the need to fire and replace one commissioner after another. I believe this is because our expectations of the police department to make sustainable changes in our city are unrealistic and misplaced.”

I am so excited and thankful for what Dorsey did, but disappointed that it was the exception, and not standard.