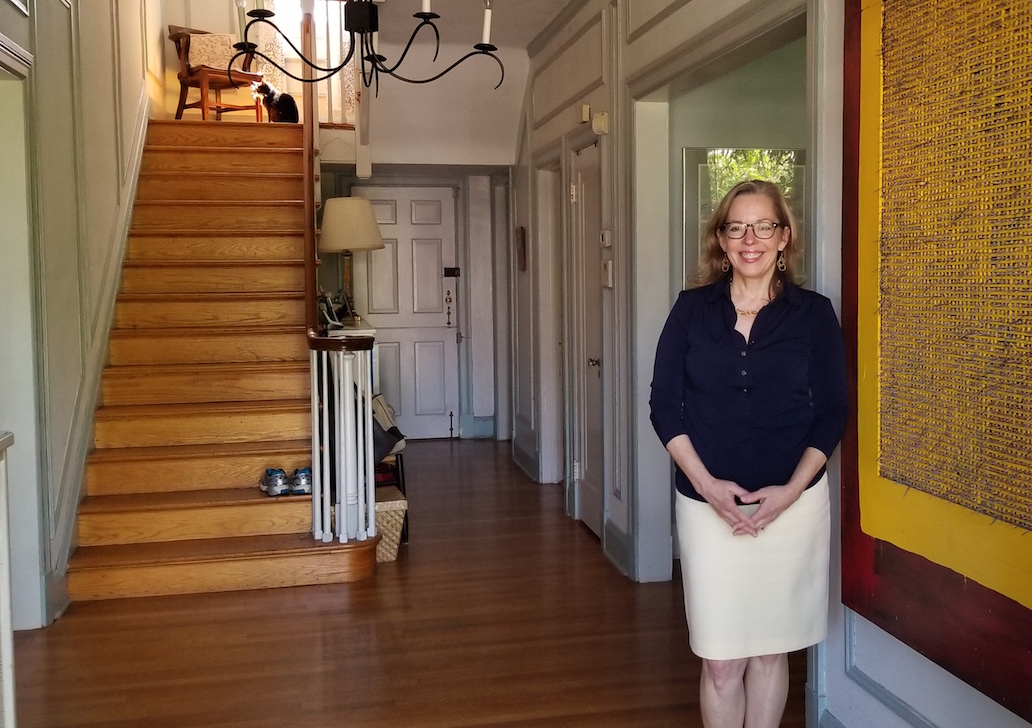 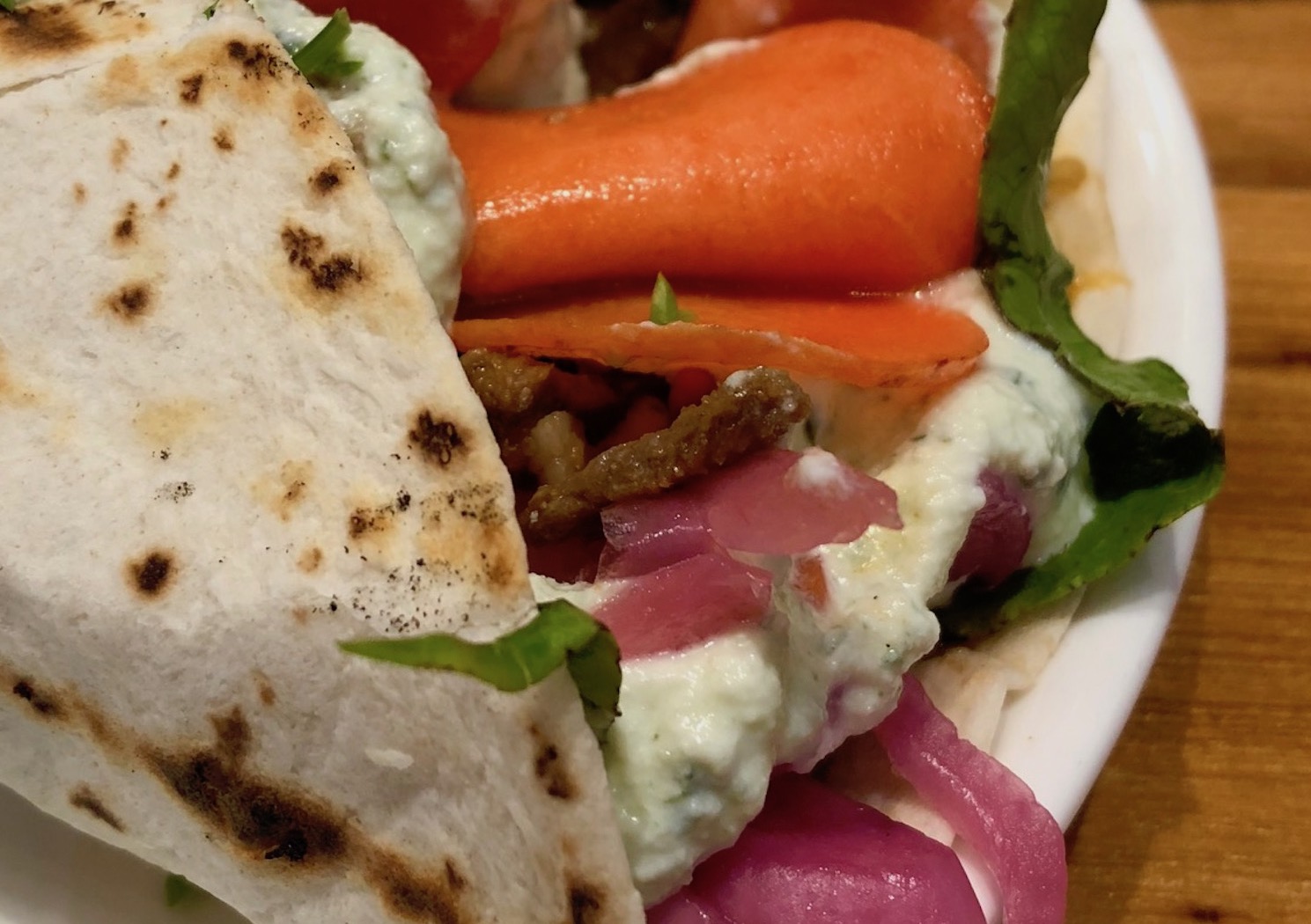 Food Stories: A Conversation with Chef and Restau [...] 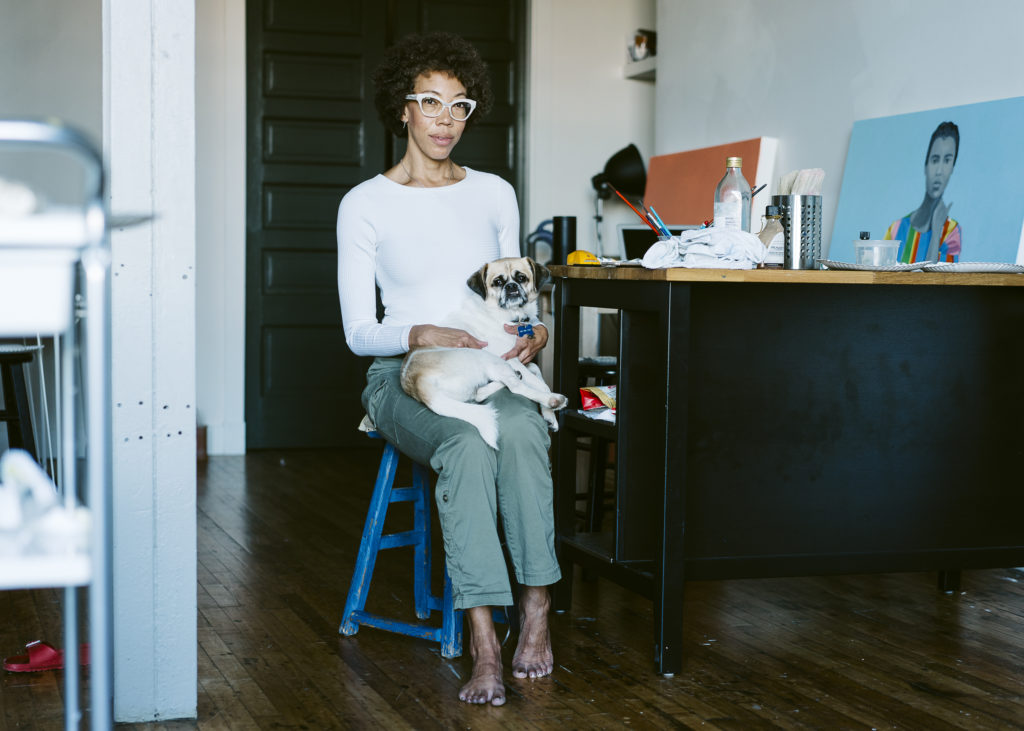 Half of the internet was filled with a lot of “what the fuck” moments and the other half was kinda boring. Highlights: the US is traumatizing children, Johnny Depp spends more than $30,000 a month on wine, soy milk is over, most people should cook meals based on their favorite books, memes are accelerating, ugly animals matter too, the Fab Five went to Australia, a poet pushed the sun off a cliff, we need more black art dealers, and Amy Sherald loves visiting schools.

1. The New Yorker: A Physician in South Texas on an Unnerving Encounter with an Eight-Year-Old Boy in Immigration Detention 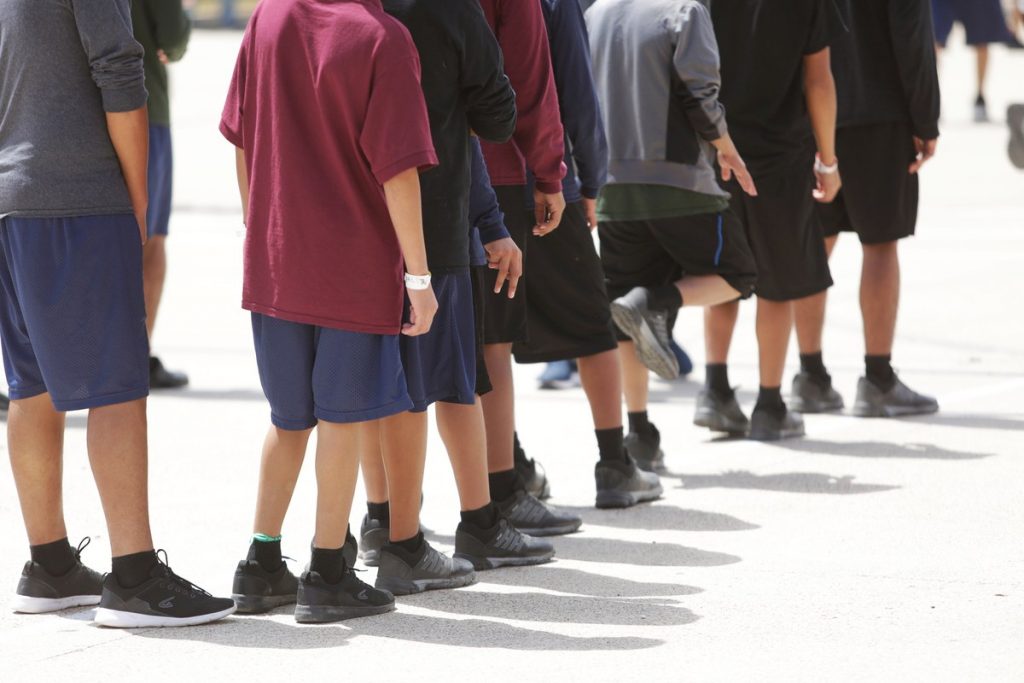 The US immigration policy has taken over the news over the past few weeks, and each day a new saga erupts. Starting in May, US border patrol began separating kids from their parents when families arrived to seek asylum. The numbers vary, but nearly 2,000 children have been separated, although on Wednesday Trump signed an executive order to keep families together.

Needless to say, these separations have a traumatic effect on the children, some of whom are just toddlers. This is exacerbated by policies that instruct guards not to hug or comfort the children.

Medical professionals are struggling to treat these children with little if any medical history. On physician tells her story of a boy she treated that “seemed devastated—quiet and withdrawn.” When she asked if he needed a hug, the “kid just threw himself into my arms and didn’t let go. He cried and I cried. And to think he’s been in a facility for a month without a hug.” 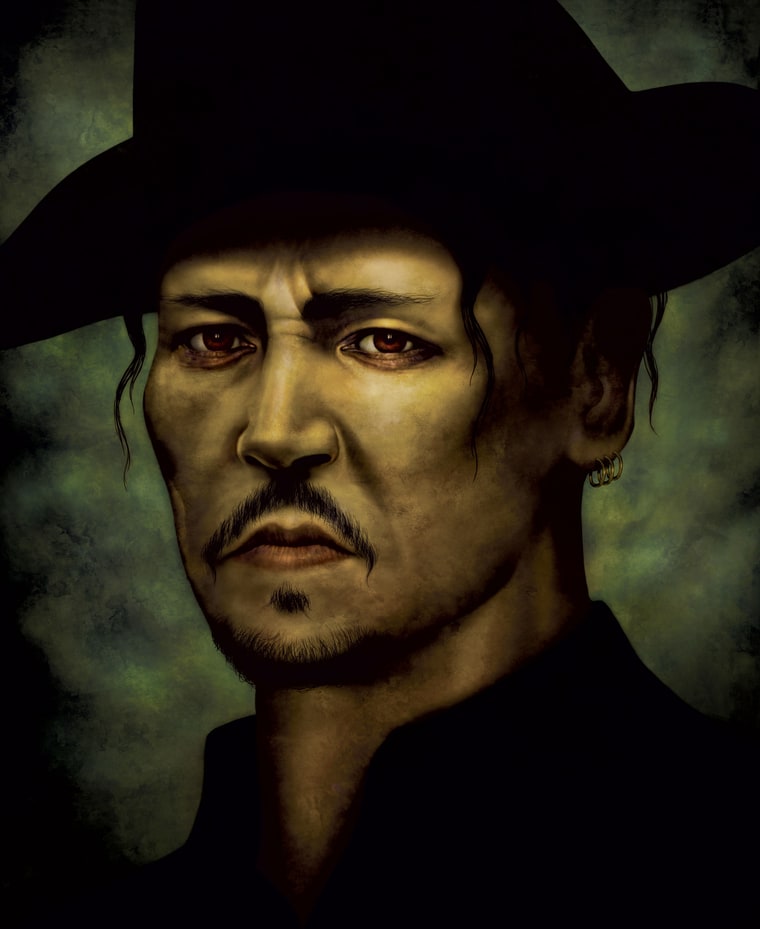 Yeah… I’m not going to even try to sum up this profile. It is batshit crazy, and one of the most tragic things I have read in awhile. “Maybe being a permanent Peter Pan is the key to Depp’s onscreen charm. But time has passed. Boyish insouciance has slowly morphed into an aging man-child, still charismatic but only in glimpses. If his current life isn’t a perfect copy of Elvis Presley’s last days, it is a decent facsimile.”

3. Serious Eats: A Brief History of Soy Milk, the Future Food of Yesterday 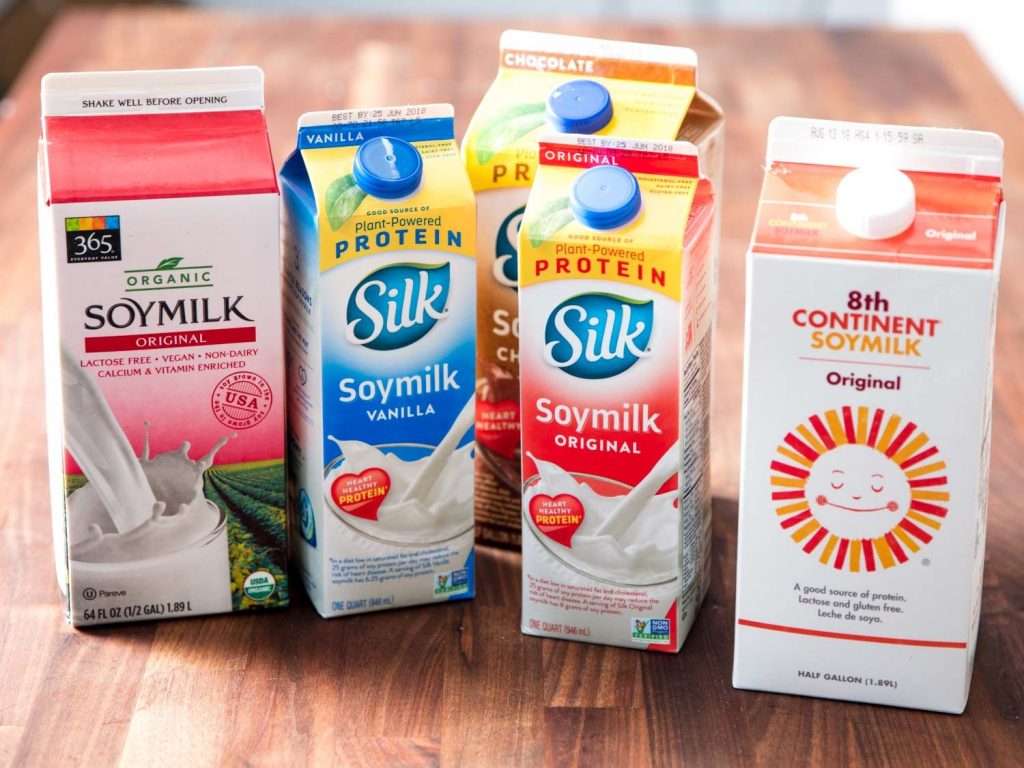 I first started drinking soy milk in elementary school when I started realizing that I am slightly lactose intolerant. Not all dairy products upset my stomach; I can eat most cheese, yogurt, and many types of ice cream, but I can’t really drink milk of any kind, especially if it is warmed. My non-dairy milk of choice is now oat milk, and within non-dairy milk communities, it can feel controversial to prefer soy.

The rise and fall of soy milk is complex and political. Now seen as the “unfashionable older sister” of the non-dairy milks, it was once “denounced as part of a liberal plot to feminize American males by draining them of their precious testosterone, causing an epidemic of “girlie men.” I hope the same thing does not happen with oat milk. 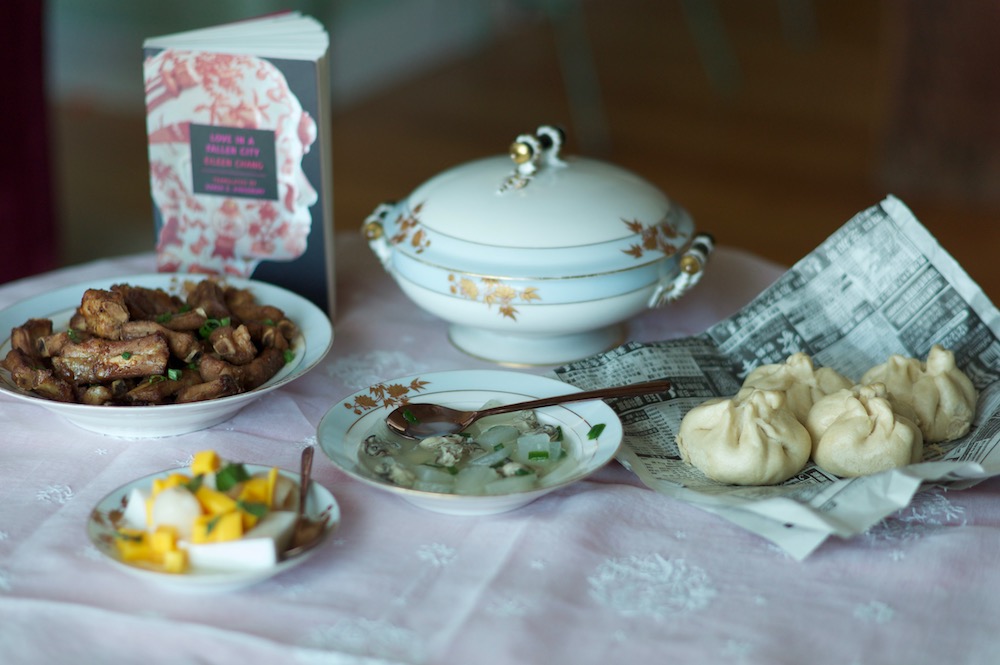 I know I post these almost every time they come out but I just love them so much! I still have not cooked a meal yet, but I need to! Anyone up for a dinner party?!?

5. The Outline: Working Towards a Complete Theory of Meme Relativity 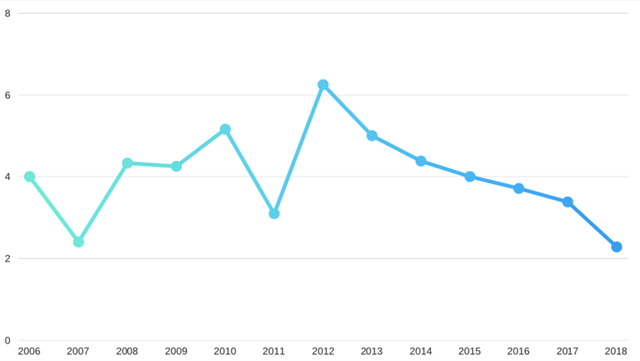 Naturally, I would be drawn to an article on the history of memes. It is a common sentiment that the lifespan of memes is shortening, but no one actually knows how long, on average, memes currently last. Good thing there are obsessive people on the internet and one, Joe Veix, decided to figure out just how long contemporary memes last. The lifespan of mems is currently 2.28 months, down from 4 months in 2006. But honestly, 2.28 months was much longer than I expected.

Rosario Dawson and Cate Blanchett teamed up with the Wilderness Society to make a music video about the ugly endangered species that we don’t hear about. The video is filled with strange puppets and information on the impact all “the ugly stuff you never think to thank” has on the environment and ecology. The video was not exactly what I had in mind when I mentioned that I wanted to see Dawson in another musical theater role, but I can’t stop thinking about it. So, I guess, it is doing its job.

If you already finished season 2 of Queer Eye, this is for you! The Fab Five went to Australia to spread some of their magic down under. It is not as exciting as I wanted it to be, but Jonathan’s mustache makes a substantial appearance so that helps out.  I wonder if Netflix wants to globalize Queer Eye… probably.

I don’t often read fiction, but recently I have been missing short stories. I always find it difficult to imagine what the author is describing, and often find myself getting lost in the text, especially with novels and longer pieces.

I didn’t realize until I started working on this post that there are no images in the story (the one used here is the header image for the website). This was surprising to me because the story seemed so visual. Li Zhuang’s prose is beautiful, and quickly lull you into the story. Her descriptions are striking and psychological as one character “in a desperate afternoon, I pushed the setting sun off the cliff.” I am still trying to understand what that looks like, and most importantly, what pushing a setting sun off a cliff, off of her cliff, would feel like.

9. New York Times: Why Have There Been No Great Black Art Dealers? 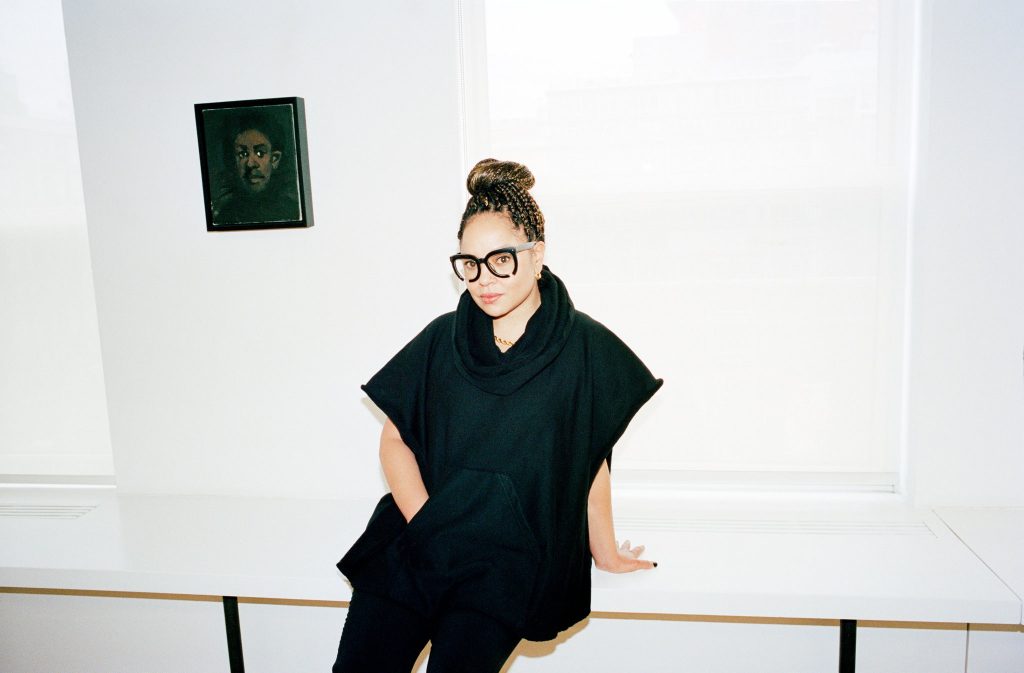 There has been a recent revaluing of black culture by Hollywood, the music industry, and countless other industries. It is impossible to read the title of this article and not think of Linda Nochlin’s seminal essay Why Have there Been No Great Women Artists? The title is no coincidence. The findings of this article are in line with Nochlin, that there are not as many opportunities for art dealers of color or they are simply overlooked. Most opportunities that are out there for black art dealers have been self-made. Being black in any field defined by whiteness is a careful balancing act. There is a “tenuous line between leaning into one’s blackness and being defined by it.”

10. Artnet: ‘There Is So Much You Go Through Just Trying to Make It’: Amy Sherald on How She Went From Obscurity to a Museum Survey (and the White House) 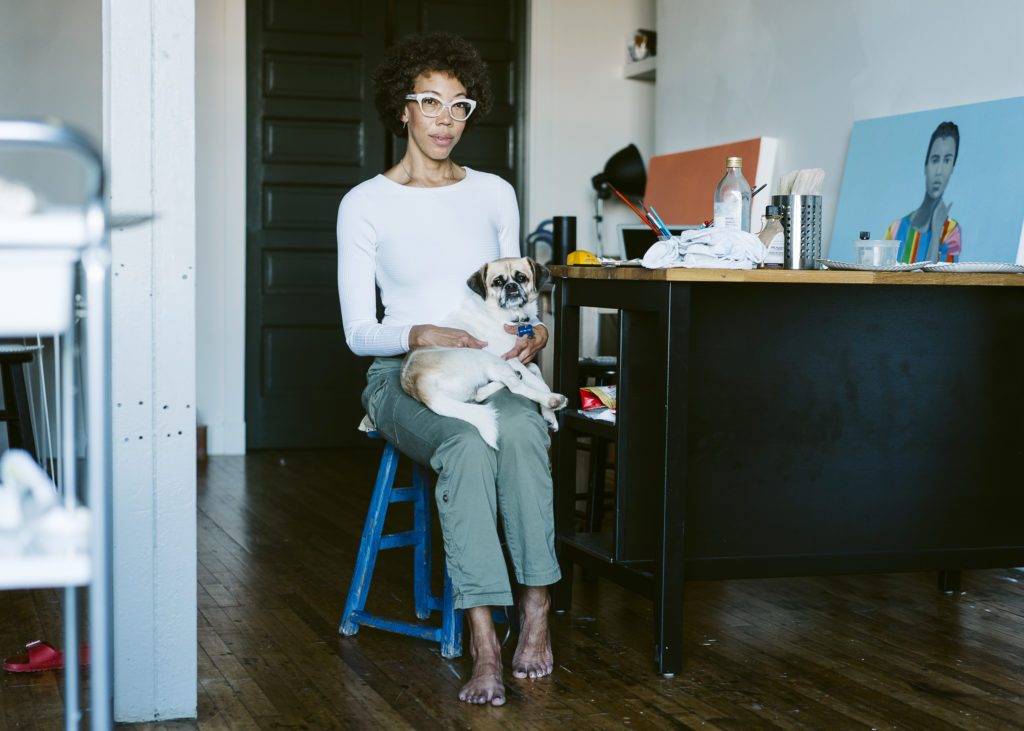 I love Amy. I’m pretty sure everyone in Baltimore loves her. Perhaps the thing I like most about her is how honest and friendly she is. We work in the same building, and on the few occasions I have seen her while she is not locked away in her studio, she always greets me with a warm hello. If August Wilson, her dog, is with her, I always say hello to him as Amy and I make small talk.

My favorite part of this interview is when Amy speaks about the impact she is having on children, and people who wouldn’t normally engage with art. Many artists do not have a large pop culture presence, and even fewer have broken the internet, but as Amy recounts “kids know who I am now… That’s been the most special thing about [Michelle Obama’s portrait]. I went to visit a school here in Baltimore and the kids were excited as if I were a basketball player. It’s amazing to have sixth graders squealing because you’re in the classroom and you’re an artist.” My favorite part of Amy’s Instagram account is seeing just how excited she is to spend time with the kids that admire her.