The Internet is Exploding: 10 Must-read Articles This Week 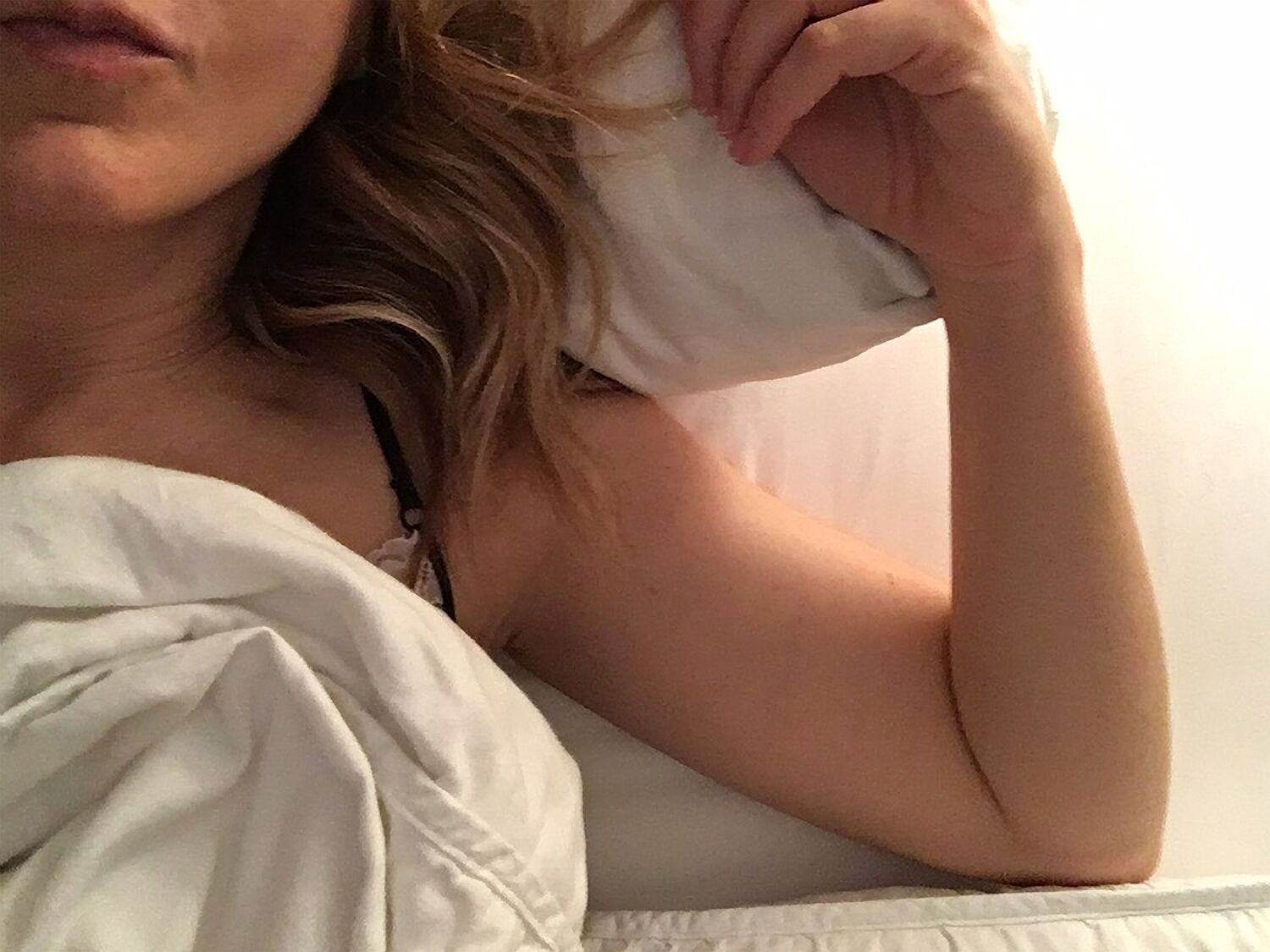 Media & Literature
The Internet is Exploding: 10 Must-read Articles This Week 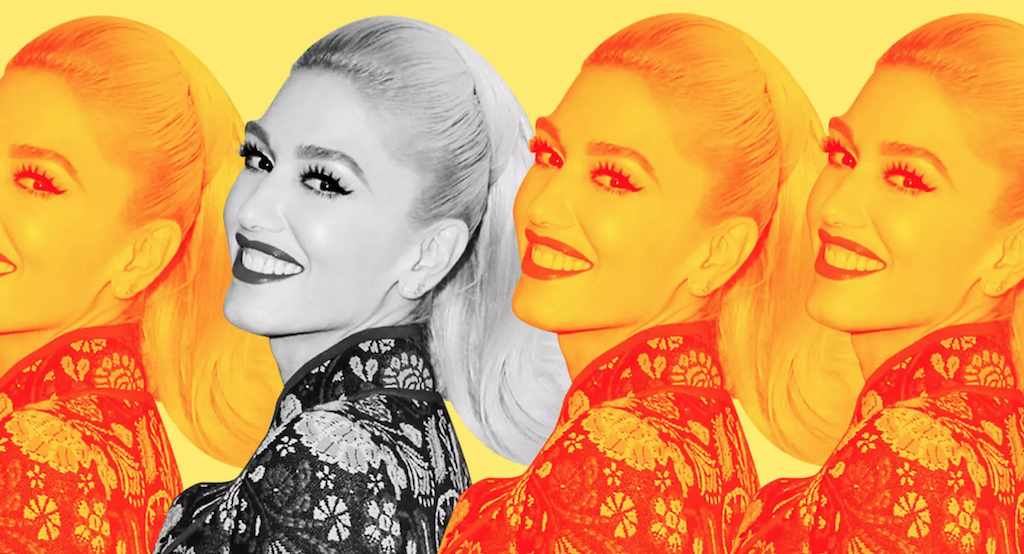 The internet defs did not explode this week, but might have been a slow burn. Highlights: Gwen Stefani will always be GOAT, Blockbuster is over, Martha Gellhorn was a badass, grief is hard, slogan tees are back, pain isn’t symbolic, Sacha Baron Cohen takes on gun control, The Internet’s ‘Hive Mind’ might be the album of the summer, Chance the Rapper released new music, and there is a commercial about curved penises.

1. BuzzFeed: The New Gwen Stefani Is A Lot Like The Old One 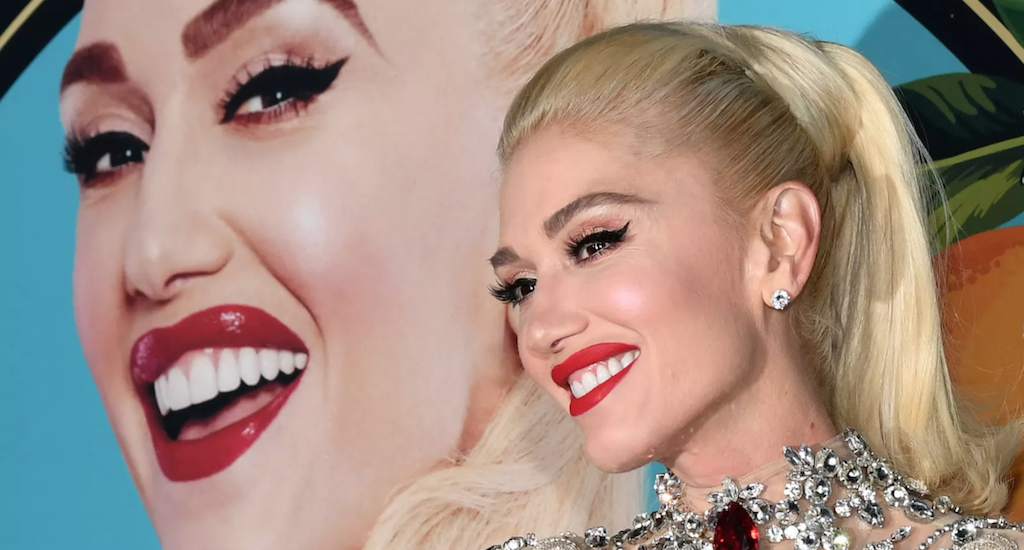 Anne Helen Petersen is one of the few writers I avidly follow. I started reading her about 3 years ago but became very interested in her work after she hated on Taylor Swift in The Great White Celebrity Vacuum, published on BuzzFeed. My favorite pieces by Peterson are celebrity profiles and long reads on pop culture.

This week Petersen took a close look at Gwen Stefani, a person that has always existed as an amalgamation of constant contradictions. Stefani can be “a sexy tomboy; a rock star who loves her man and her manicures” all at once, while constantly surprising us.

2. The Ringer: For One Last Night, Make It a Blockbuster Night 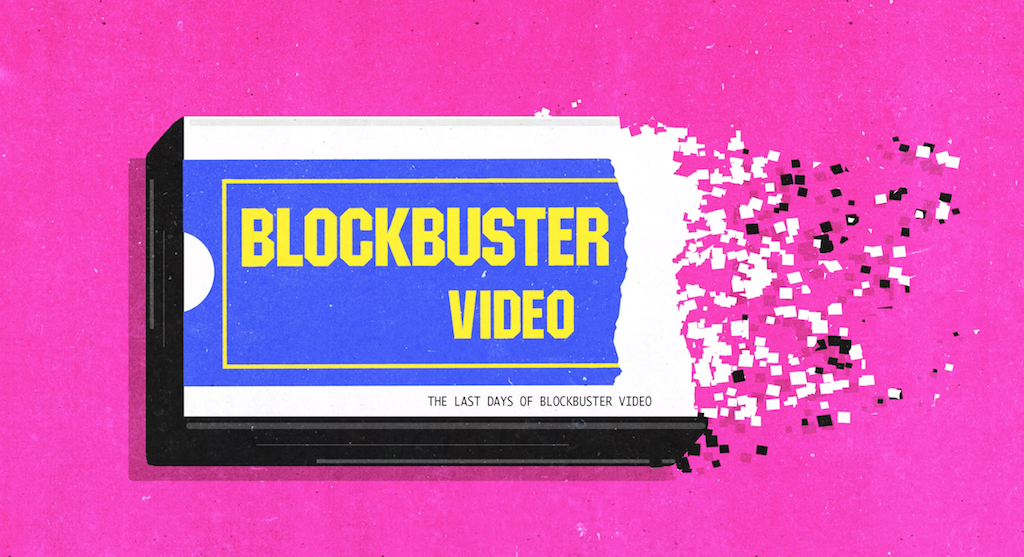 It’s the end of an era. This week it was announced that the last Blockbusters in Alaska would be closing, leaving only one, in Bend, Oregon, operational. Growing up, my family patronized a local video store and I only went to Blockbuster with friends. I always loved walking through the aisle of the video store finding something to watch, and getting suggestions from the people that worked there.

Blockbuster closing seems like shutting the door on part of my childhood. But, TBH, I’m a child of the internet and much prefer streaming services.

I’m not that much of a fan of Ernest Hemingway, and I’m not quite sure why I was drawn to this article. Hemmingway, like many men of his time (and now), was known to be extremely sexist. Martha Gellhorn, Hemmingway’s third wife, was first and foremost a journalist. During WWII she was “the only woman at D-Day and saw the liberation of Dachau.”

At one point while Gellhorn was away on a work assignment, Hemmingway cabled to asked if she was “a war correspondent or wife in my bed?” Gellhorn once wrote, “be advised, love passes. Work alone remains.” Hemmingway wanted Gellhorn to choose love or a career, while he chose the latter.

4. Guernica: I’m Sorry Your Daughter Got Eaten by a Cougar 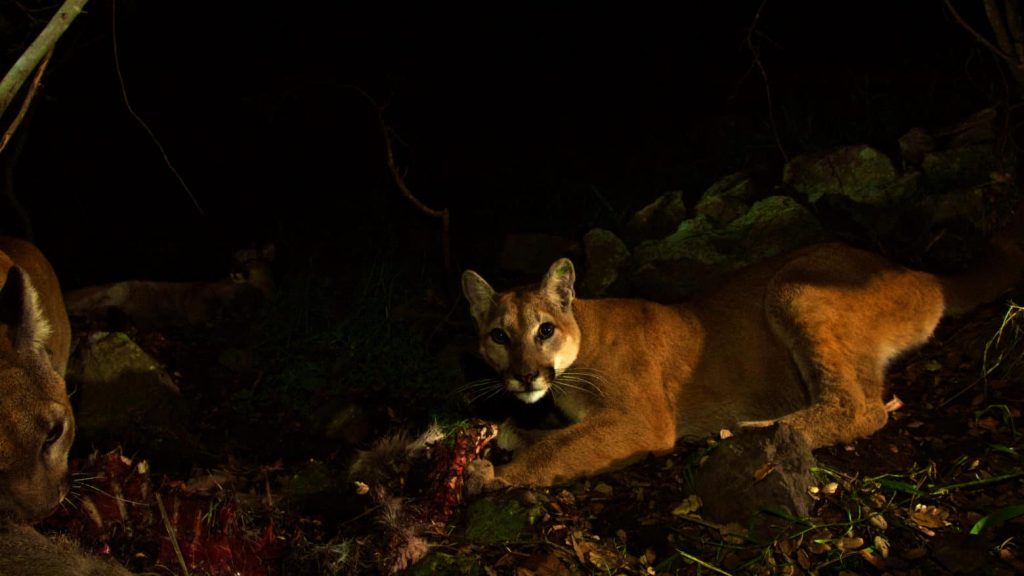 I am spending the summer in northern Michigan and read this story aloud while driving with some friends. While Michigan doesn’t have mountains, winding through the rural landscape made for a perfect backdrop. The story is set in a valley where “the rocks have heartbeats. They throb fast and irregular and infect me with their fear. When the wind blows the whole bulk of the mountain chain shivers and the trees whine.” The internet this week is a slow burn, but fundamentally it is about how to deal with grief and people grieving, because, in the end, “how was anyone supposed to understand?” 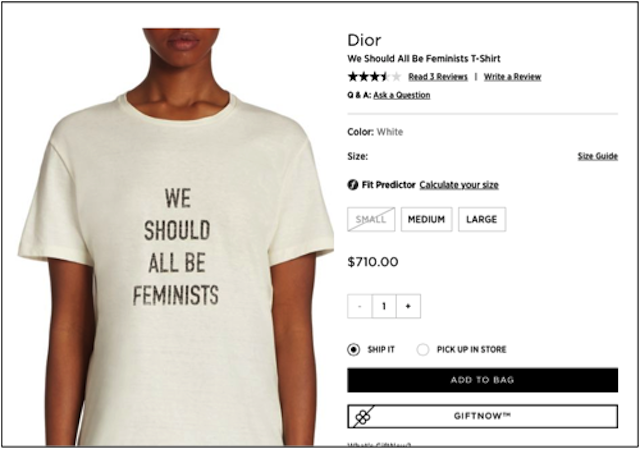 I’m always skeptical of people that wear slogan tees. I often feel like people adorned with graphic political messages are doing it mostly for appearance. At times, it can be impossible to tell the difference. “We are in a new era of political fashion, with a particular emphasis on the slogan tee. From high-fashion designers such as Prabal Gurung, Christian Siriano, and, of course, Dior, to small boutiques such as Portland’s own Wildfang, to online print-your-own novelty shops, slogan T-shirts can be found virtually everywhere.”

Fashion is “one of many cultural markers of polarization in the United States today. The left has pink hats and NASTY WOMAN T-shirts; the right has red hats and DON’T TREAD ON ME T-shirts. It doesn’t seem too far-fetched to imagine that pink and red could take the place of blue and gray in a 21st-century civil war.”

6. The New Yorker: Now More Than Ever 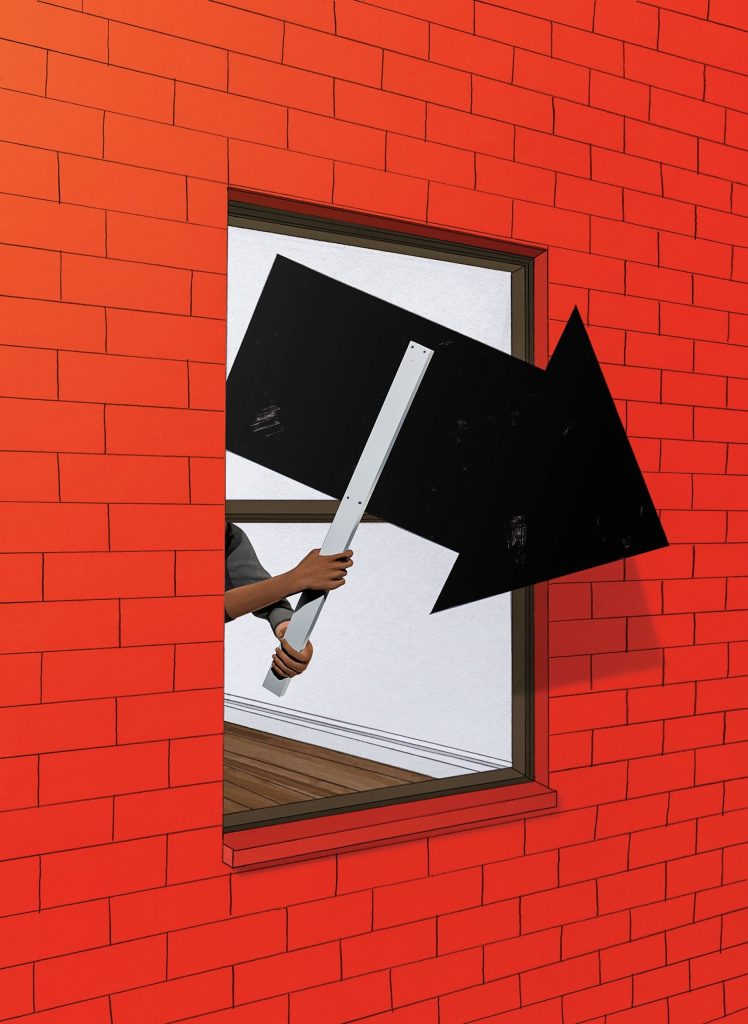 I have read this story like three times and I’m still not sure I’m catching all of the nuances. It is filled with the most amazing pull quotes, one of my favorites being “suffering has no purpose in reality. To the suffering person suffering is solely suffering. It is only for others, as a symbol, that suffering takes on any meaning or purpose… Pain is the least symbolic thing there is.” As with many stories from the New Yorker, it is better if you read it for yourself.

One of my best friends this summer is Mexican. We were having a casual conversation about public transit and she mentioned that she cannot ride it in Mexico City, where she is from, without the fear of being sexually harassed or kidnapped. I jokingly said that she does not really have to worry about being kidnapped here. She responded, “No, I just have to worry about being shot during class.”

In his new series Who is America? Sacha Baron Cohen speaks many serious issues in this country, but spends considerable time on gun violence. The video is ridiculous in Cohen (and American) fashion and was just as ridiculous to create.

8. NPR: The Internet’s ‘Hive Mind’ Is A Soundtrack To The Slow Burn Of Summer 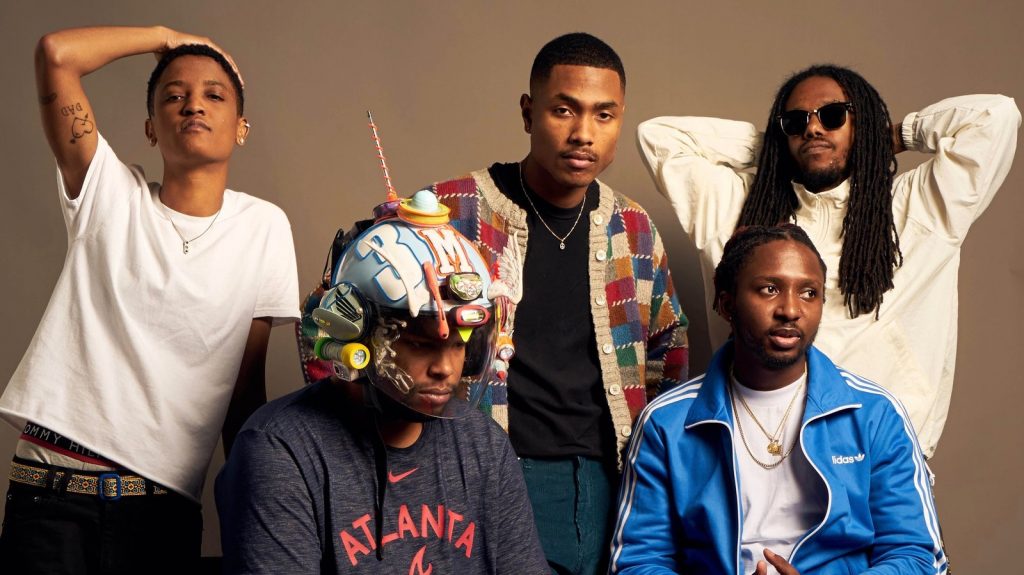 I have not listened to a lot of new music recently and have been worried that I will go through the whole summer without finding new summer music. I think this album might be it. As the title of the article says, it is a slow burn. It is easy to listen to on repeat, is wonderfully lacking in the monotonousness that often comes with summer bops, and each listen has its own reward.

There has been much speculation over the past few week or so about the possibility of Chance the Rapper releasing a new album. While he has not released a new album, people had the right idea and he released four new songs this week.

While the songs have been said to have more anger than his earlier work, they are no less political. Apart from announcing his purchase of Chicagoist, a media outlet, Chance also calls for the resignation of the city’s mayor, Rahm Emanuel. Maybe if we wait a few more weeks we’ll get a new album.

I had a hard time making picks this week. I was with a few friends working on this list last night, and they decided that this, a commercial about curved penises, should be by 10th pick over an article over the classification of non-dairy milks. Apart from that, the commercial is pretty self-explanatory, but according to a med student friend Peyronie’s Disease isn’t all that common. 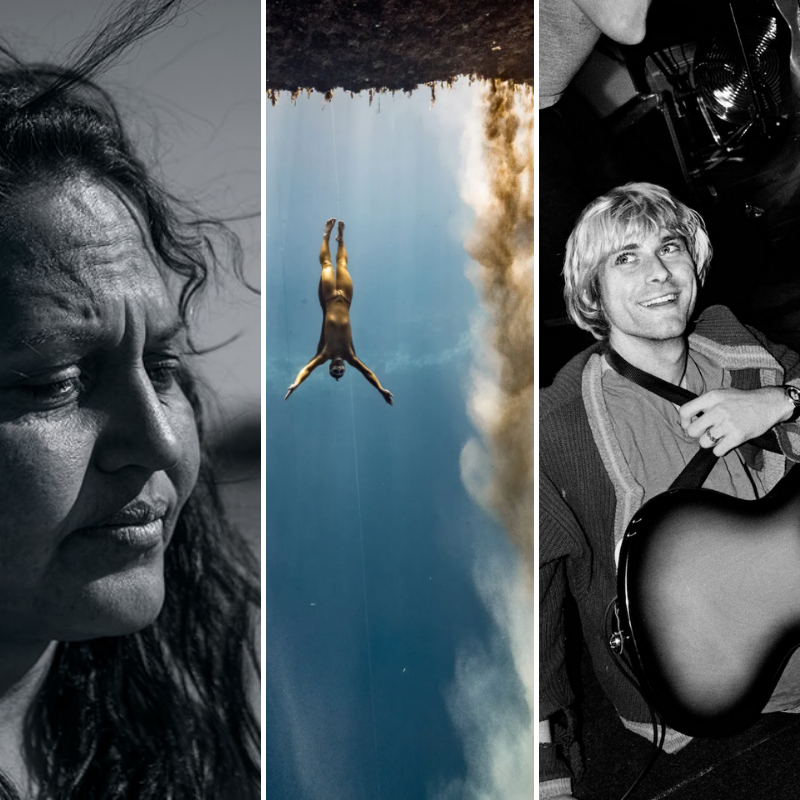