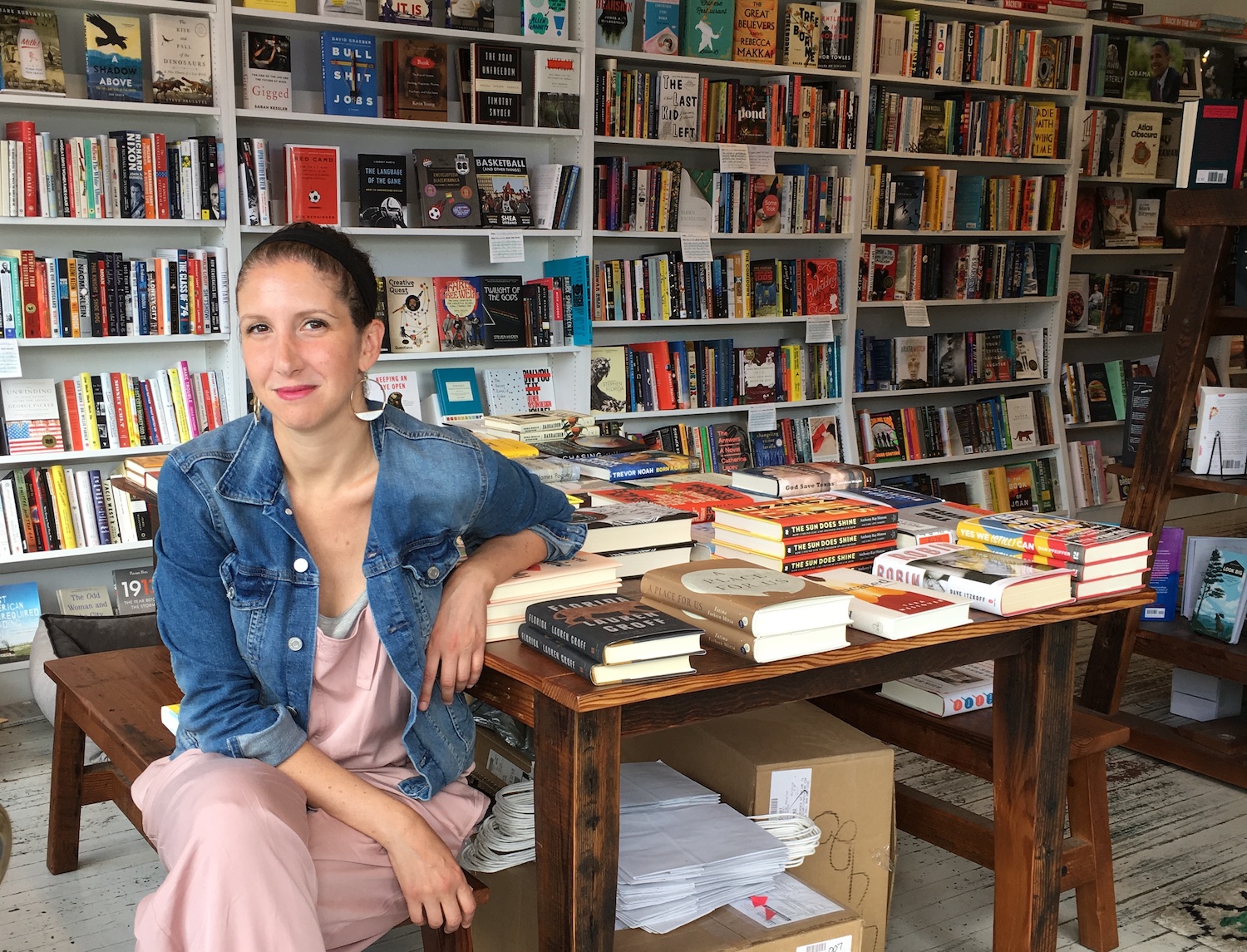 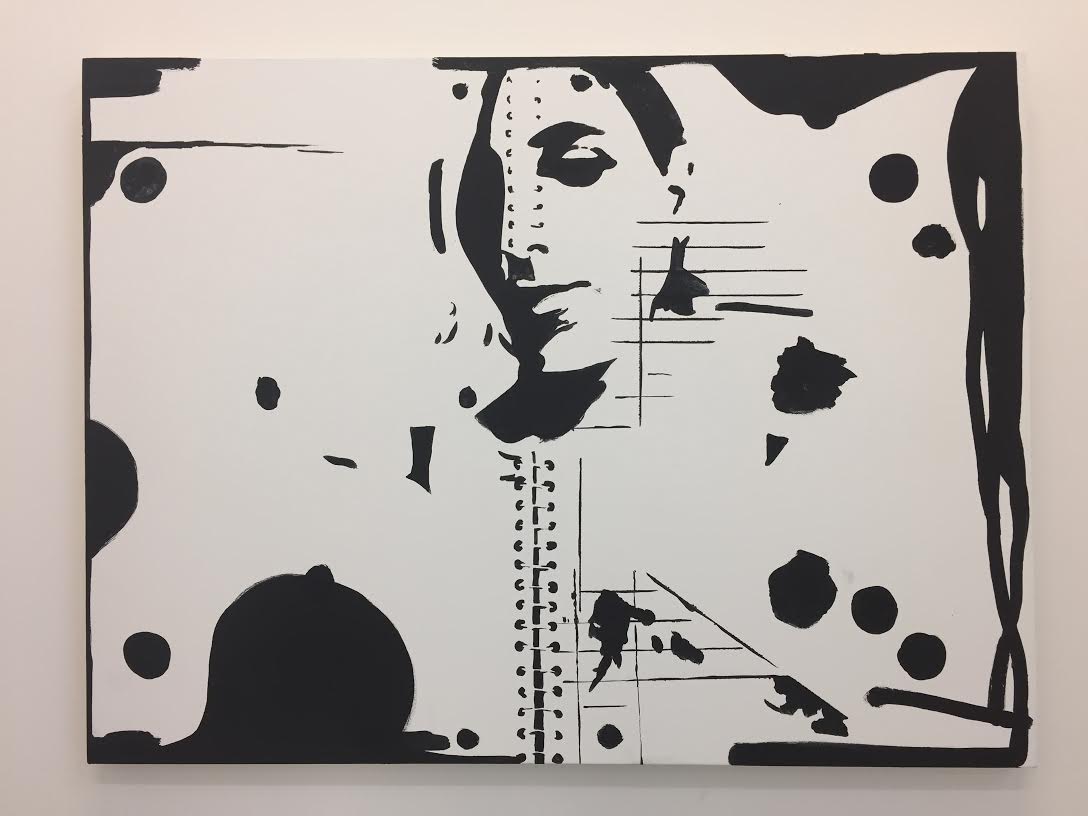 I’m not sure what the internet was doing this week, but it was definitely weird. The UK protested Trump and Serena Williams lost Wimbledon. Highlights: Trump pardoned some crazy white people, middle children are going extinct, there can be divinity in rebellion, opera is out of touch, the Nationa Gallery in London doesn’t often collect women, the New York Public Library has an analog Google image search, Kylie Jenner is worth almost $1 billion, Sandra Oh broke the Emmys, Scarlett Johansson backtracked, and Susan Sontag’s diary is magical. 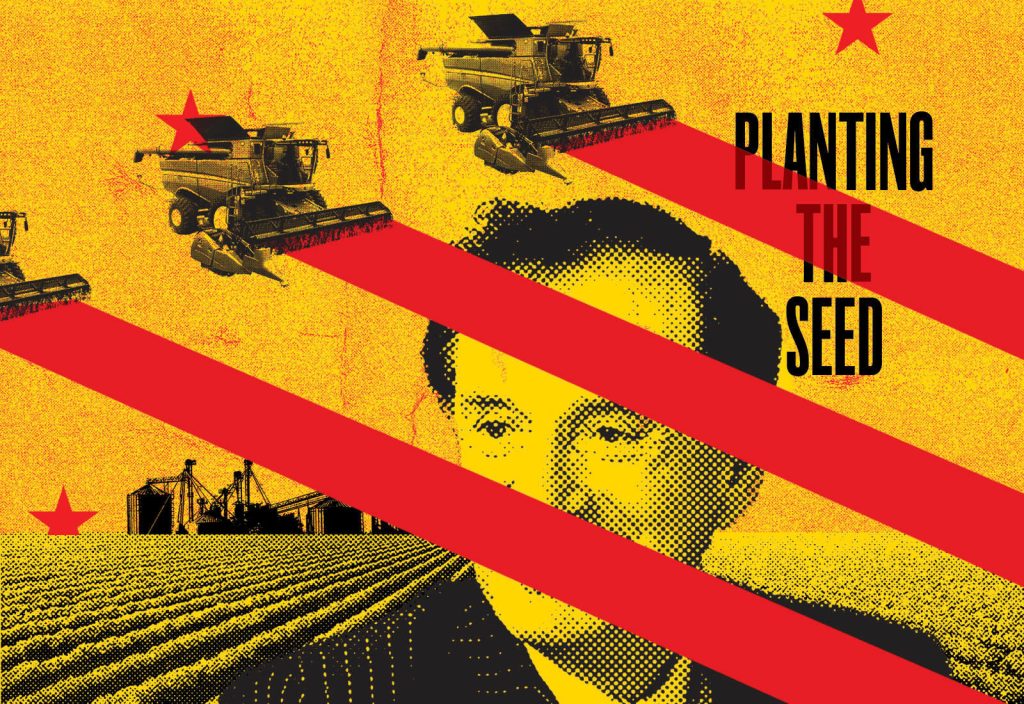 Agriculture has always been a big part of my life. Although I am not prone to farming, my father studies the economics of agriculture and I have learned about the subject from talking to him about his research, some of which focuses on transitional agrarian societies, that is, places where the main economic industry is switching from agriculture to something else. Europe made this switch during the industrial revolution with the US following in the 1920s.  This week Donald Trump pardoned two men, Steven and Dwight Hammond, fighting to preserve a more agrarian way of life, amongst other things. It was in the name of the Hammonds that Ammon and Ryan Bundy lead a peaceful protest through Burns, Oregan that lead to the 41-day armed standoff at the Malheur Wildlife Refuge. “The Hammonds, however, weren’t there. Nor did they condone what the Bundys and others had done in their name.” The story of how the Hammonds were pardoned is fascinating, scary, complex and cannot be summarized.

2. The Cut: The Extinction of the Middle Child 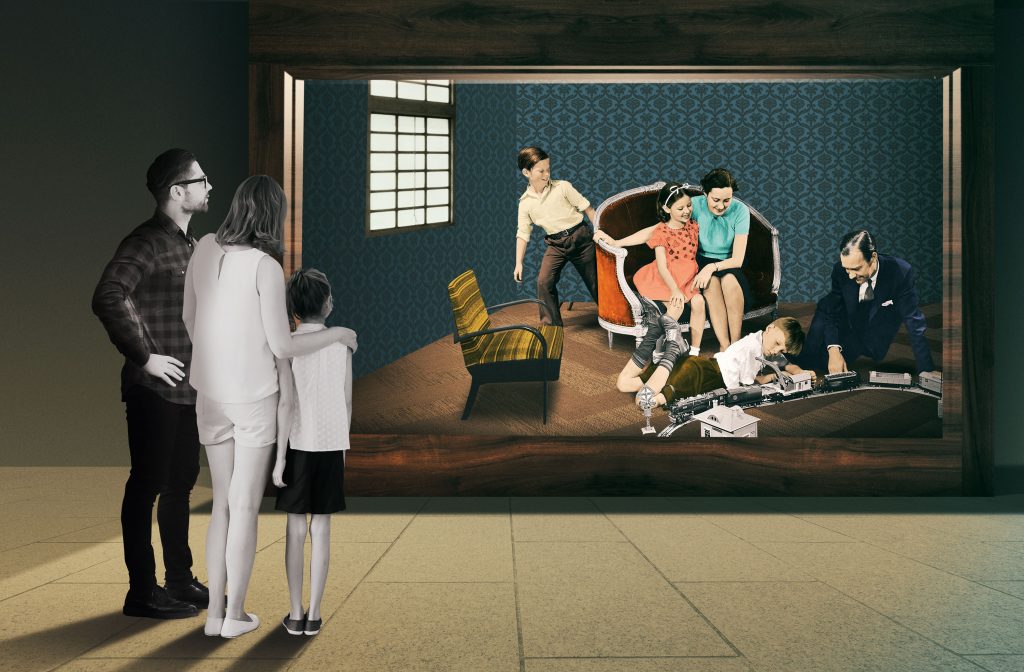 I am teaching at an arts camp in northern Michigan this summer. I always ask my students, who are mostly 8–12, if they have any siblings. Most only have one, if any at all. A lot of my students live in New York, and only one (that I can recall) has more than one siblings. Many people my age and a couple years older are not particularly interested in having children. And if they are, most don’t want more than two. Talking about having children isn’t about if people what them or not, but whether it is ethical to have them. While interesting, this article isn’t so much about why people are not having children, but nostalgic for a past that is no longer sustainable. 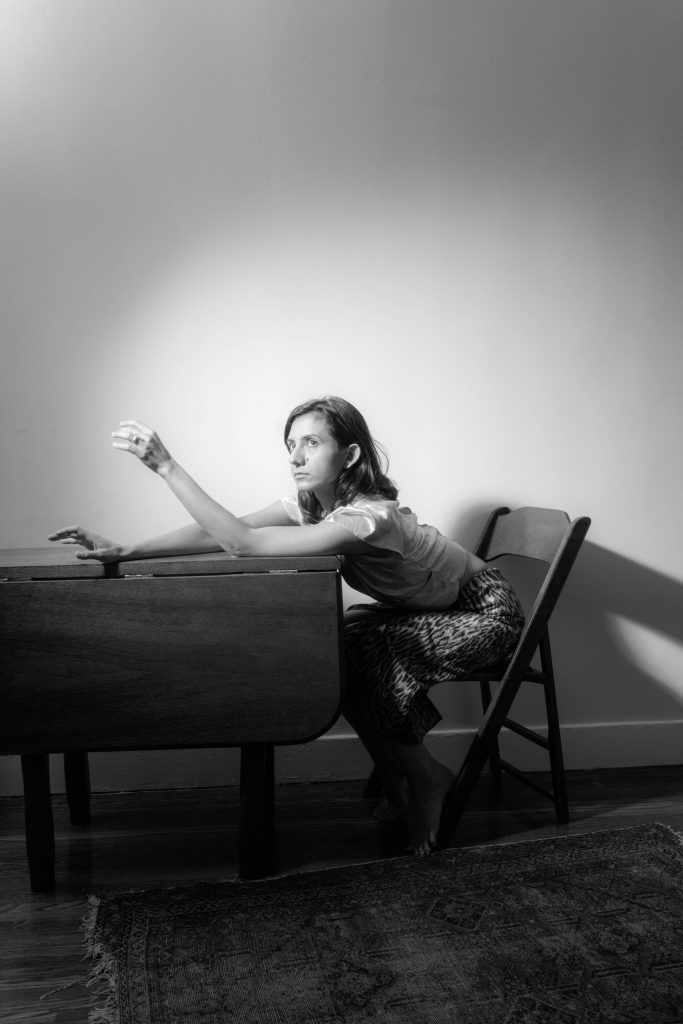 This interview is as beautiful as the writings of the subject. Ottessa Moshfegh’s work has been described as “divinity in rebellion” and she herself is interested in letting “people scrape up against their own depravity” with refinement. “It’s like seeing Kate Moss take a shit.” The profile seemingly contains everything. It is honest and absurd in the most logical ways. It lulls you in then, quite simply, ends.

4. Bloomberg TV: The David Rubenstein Show: Renee Fleming If you have been following TIIE, I’m obsessed with opera, but I’m also kinda obsessed with blonde sopranos. That being said, this is one of the worst interviews I have seen this year. I learned nothing from watching this interview. Renee Fleming also looks SO UNCOMFORTABLE and then says the most absurd things. The worst part of the whole thing is when Fleming tries to contextualize opera in the current social/political moment by saying, “If #metoo was an issue, most of what we do in opera would not be performed because women are victimized right in left in opera… It is a historic art form.” Ummmm… #metoo is an issue, first of all. Secondly, did she completely forget about James Levine??? Also, YES, opera needs to address how much of the content it performs perpetuates abusive narratives. Does mean that the operatic cannon needs to stop being performed? No, but it does need to be contextualized. No audience cultivation here.

5. Hyperallergic: The National Gallery Acquires Its First Painting by a Woman Since 1991 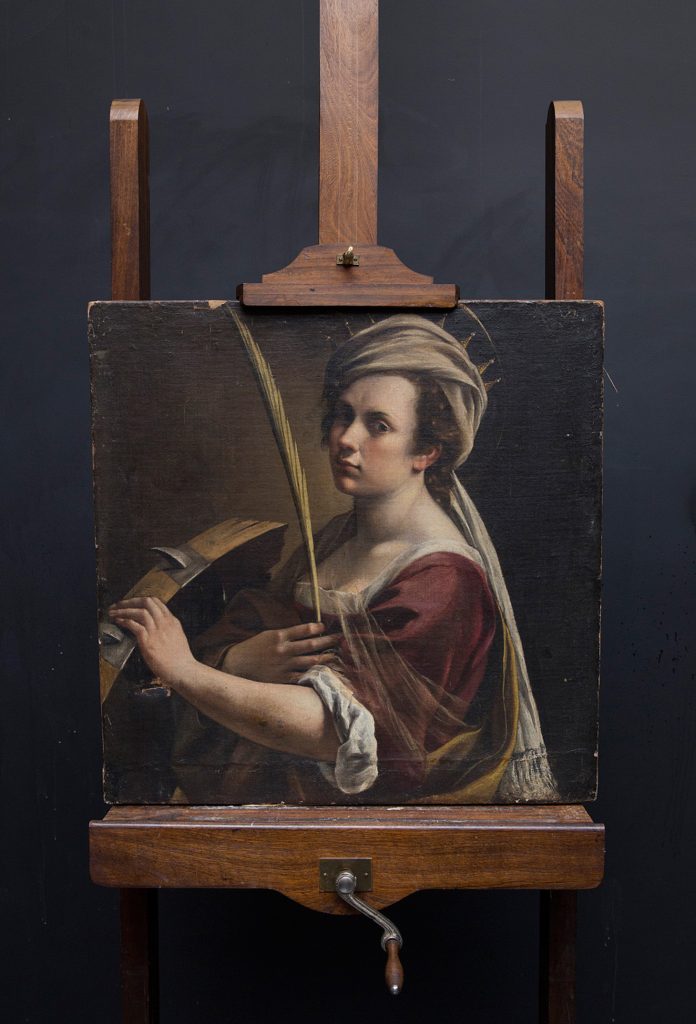 To quote my friend that posted this on Facebook “Draw-dropping headline, but even more surprising? ‘…the picture is one of a mere 20 works by women owned by the National Gallery…’ #equalitynow.” The lack of diversity in The National Gallery in London’s collecting is appalling but isn’t as surprising as it should be.

6. Artsy: A Look inside the Little-Known Image Library That’s Inspired Artists for over a Century 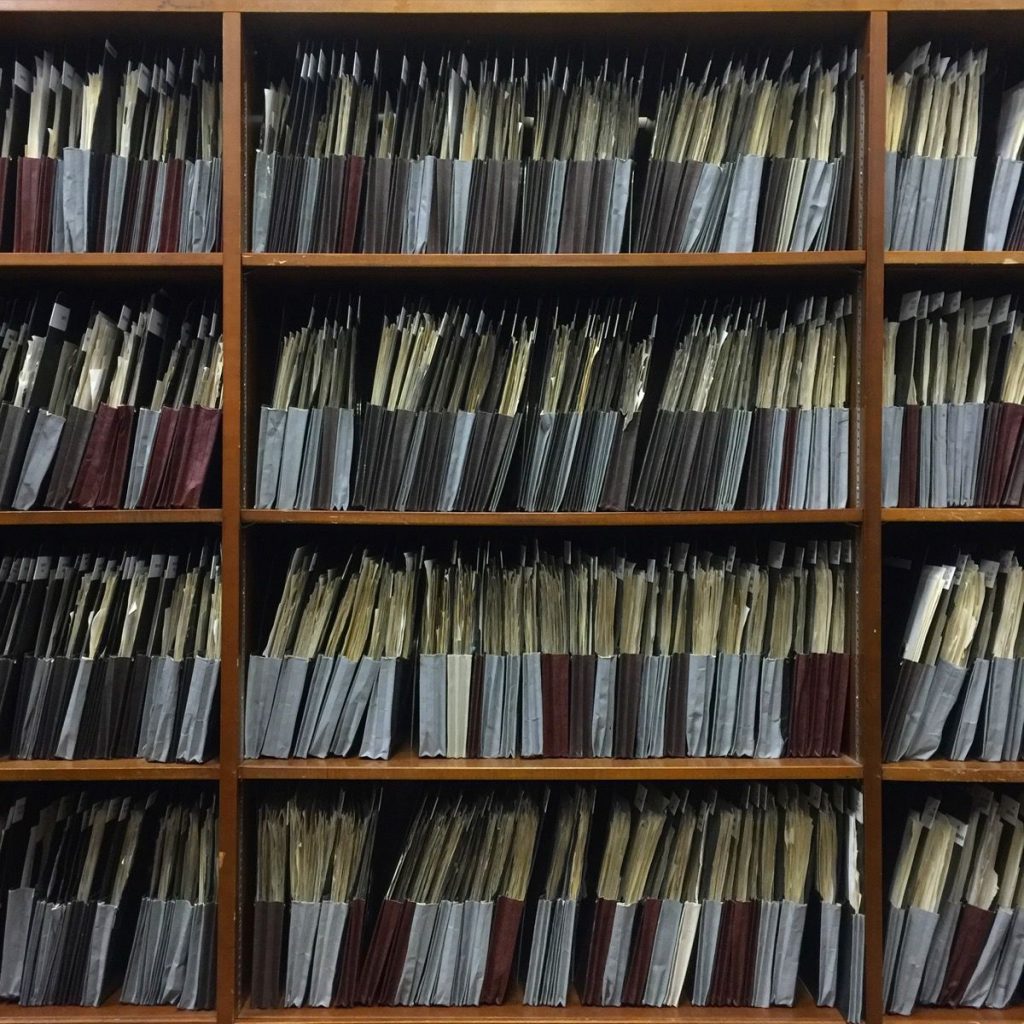 The New York Public Library’s Picture Collection, created in 1926, is an analog Google image search. Since its inception, artists have flocked to the collection. With the advent of digital platforms, it has stayed relevant because, as one of the librarians explains, “There’s a lot of special things to find in here that don’t just exist [on the internet]… We source every image we get; we cite where it’s coming from so you can trace it back to its origin,” and due to copyright some of the images cannot be found online. The collection has over 1 million images organized under 12,000 headings ranging from “1920s perfume ads to Byzantine mosaics to yachting.” If there is an image you need, they will have it.

LOL! This article is a hot mess! Kylie Jenner is reportedly worth upwards of $900 million according to Forbes, but the magazine seems to have no clue how that happened or what to do with that information. Like yes, it is from her makeup company, Kylie Cosmetics, but the author, Natalie Robehmed seems to forget that even before Kim’s sex tape and Keeping Up With the Kardashians, the family was wealthy. Robehmed also points out that, “What her half-sister Kim Kardashian West did for booty, Jenner has done for full lips” without mentioning that it took a white person to make full lips a trend. And to top everything off, there is now a Go Fund Me page to try to make Kylie Jenner a billionaire. I also firmly believe that Kris Jenner’s net worth should be the combined net worth of her children, because as they say, “the devil works hard but Kris Jenner works harder.” 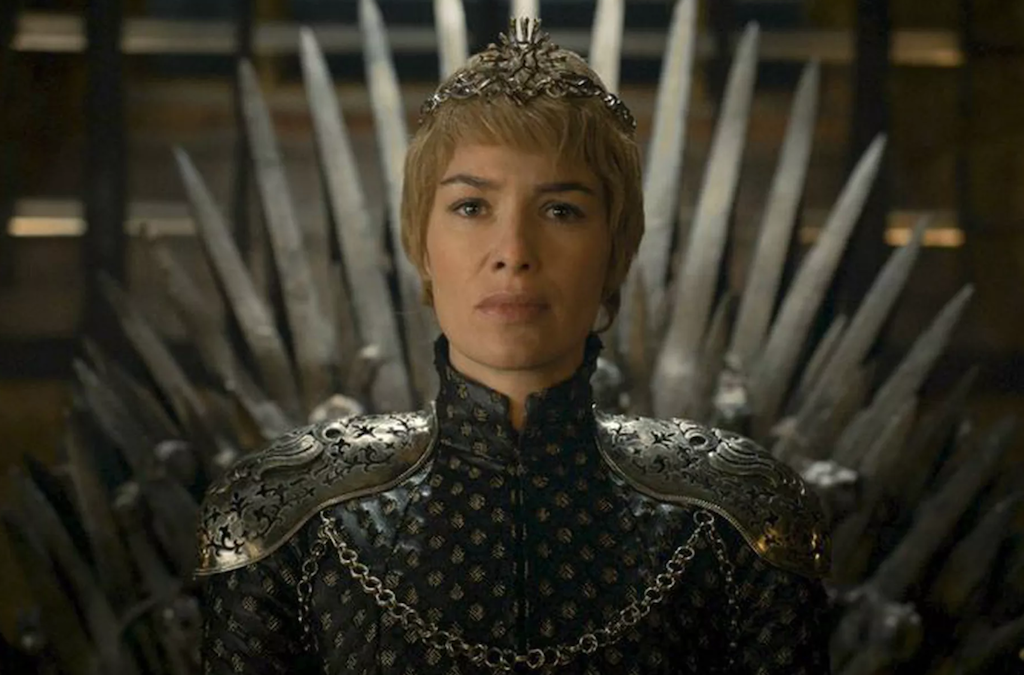 The Emmy nominations came out this week and EVERYONE is talking about it. There have been like a hundred articles about them. This article does a pretty good job at doing a basic analysis of the nominations. The LA Times also has a good breakdown of the nominations that is a little more in-depth. Sandra Oh’s work on Killing Eve makes her the first person of Asian descent to receive the nomination for lead actress in a drama series. This year’s nominations are also nominated for the first time by a streaming service, Netflix. 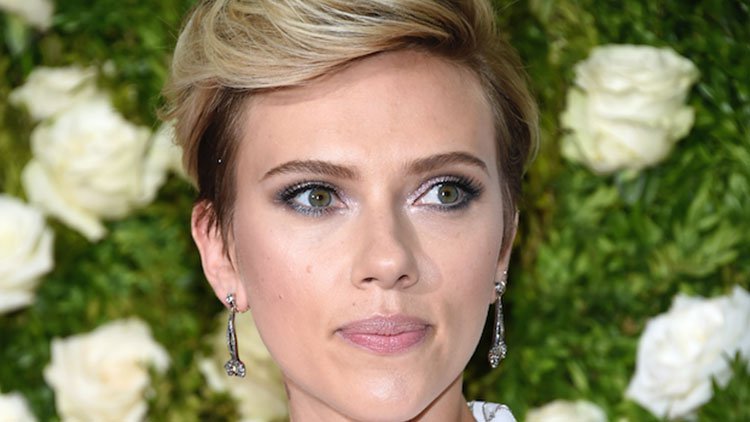 Apparently Twitter’s power is greater than Thanos’ powers in Hollywood. After receiving backlash from being cast as a trans man in the forthcoming Rub & Tug and releasing a batshit statement about said backlash, Scarlett Johansson has withdrawn from the role. People are praising Johansson for removing herself from the project, which is good, but she should have never taken it.

Remember. My ignorance is not [underlined twice in the journal] charming.

Better to know the names of flowers than to confess girlishly that I am ignorant of nature. Better to have a good sense of direction than to describe how often I get lost. 7/14/58 — Susan Sontag’s Diary (@sontagdaily) July 14, 2018

People always ask me how I do this each week. When they ask, they want to know about how much time it takes, but also how I keep my sanity while reading about the insanities of the world. I do it by letting myself like the things I like. I like this tweet. I like it for a lot of reasons. It reminds me of something I think we all need to be reminded of and it does it in a nonthreating way. But mostly I like it because I like it.

*All images taken from reference articles* Have a suggestion for next week? Email afoehmke@bmoreart.com with the subject line “The Internet is Exploding.”