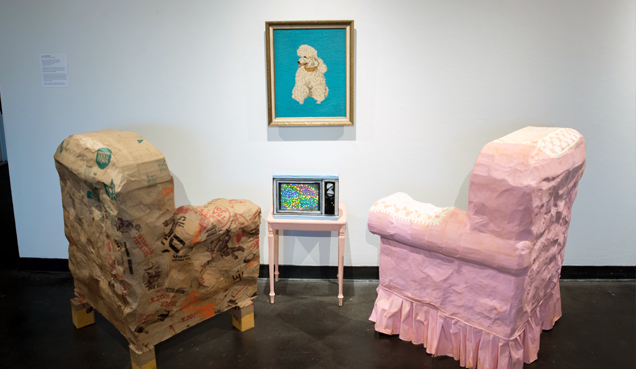 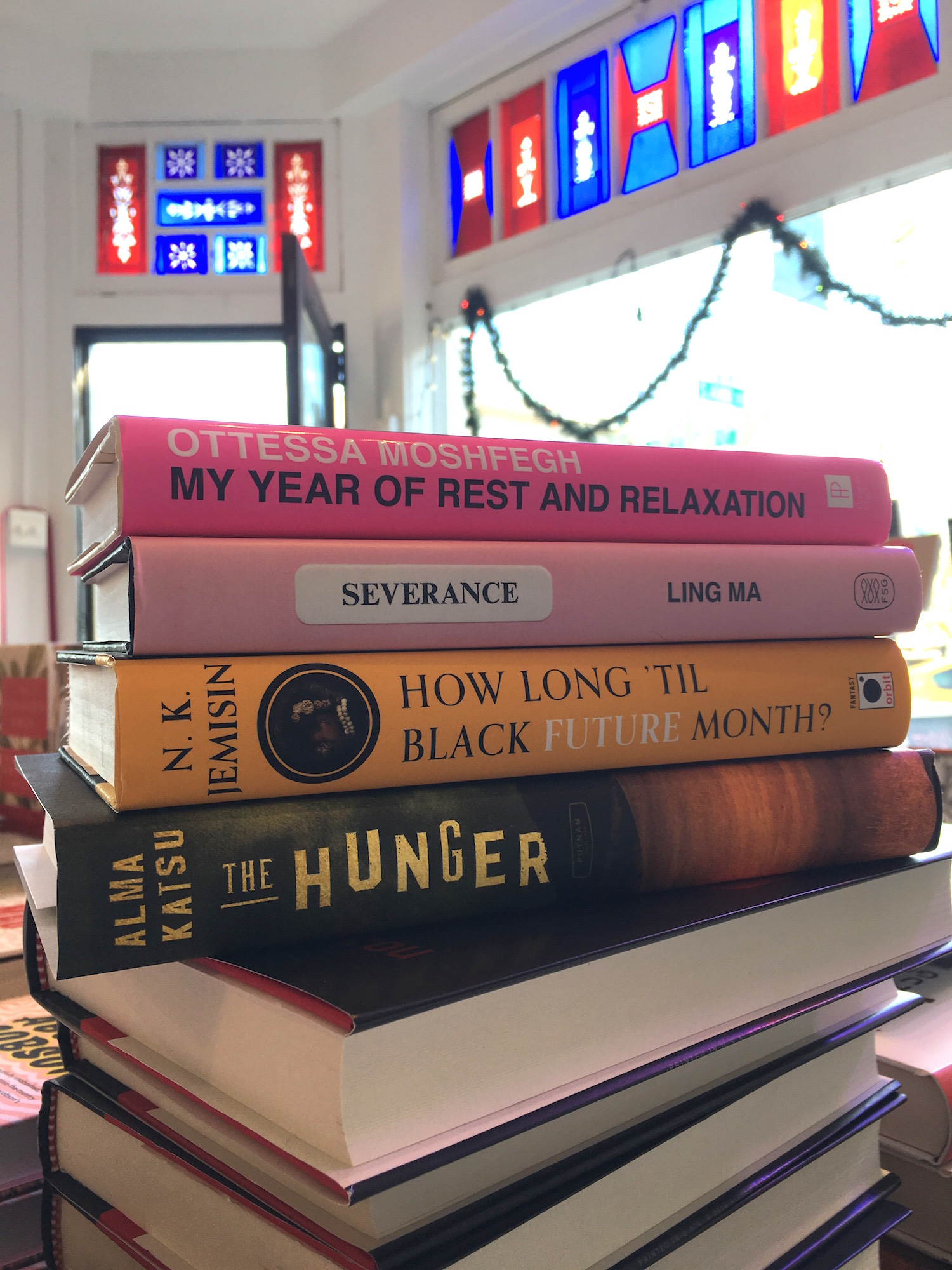 The Perfect Books for Everyone on your Gift List 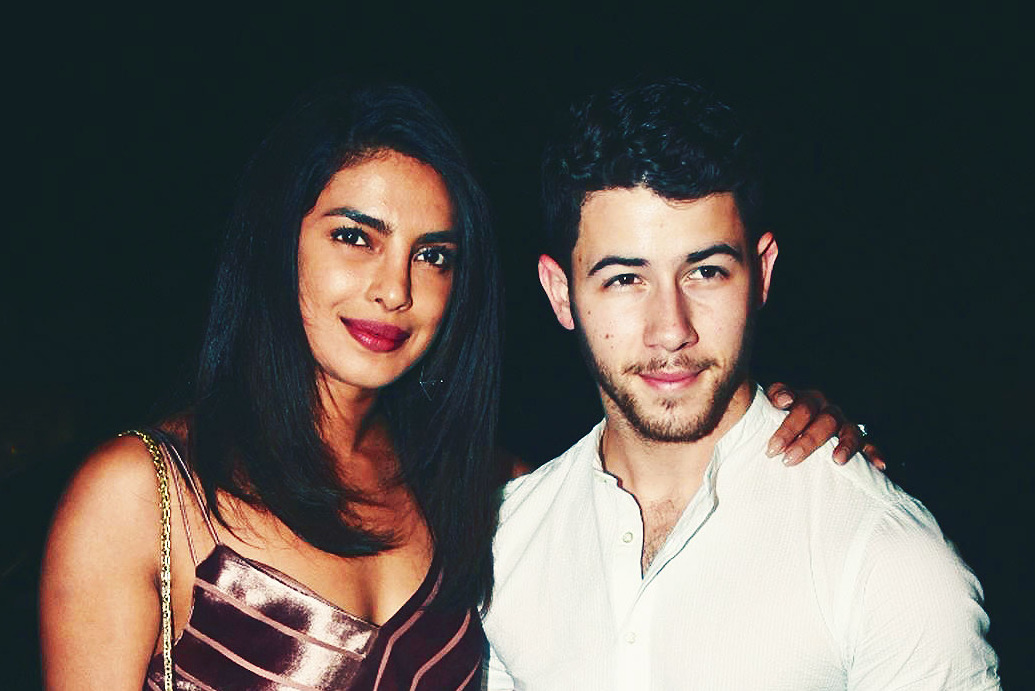 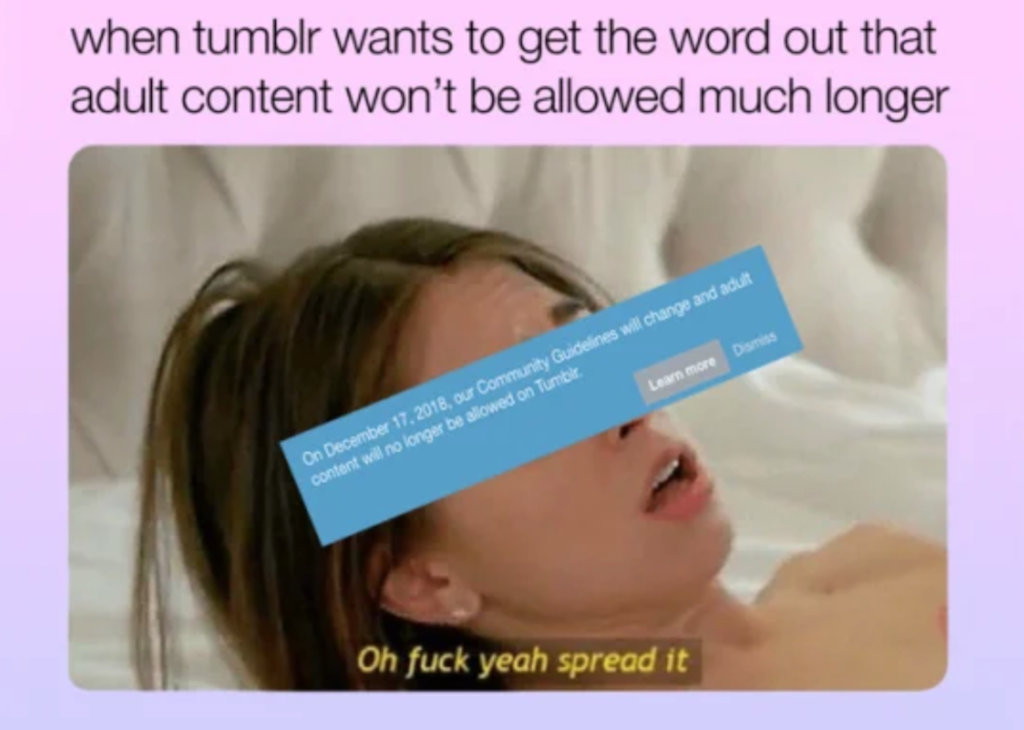 There is an interesting thing happening on the internet right now. Growing up we were all told that whatever we posted would be around forever, but that isn’t necessarily the case. The internet is being eaten by conglomerate companies, and websites that are no longer as profitable are being done away with, and with them millions of photos and digital histories. “This is not the beginning of the end of the internet as we know it. That began years ago.” But this is a reckoning. “We’re living through the middle of the end. At some point around 2020, we’ll wake up, look around, and realize all our old photos from college are gone, we can’t see our old wall posts from friends because we deleted Facebook in protest of whatever the 2019 outrage was, and worst of all, we have absolutely nothing left to jerk off to.” 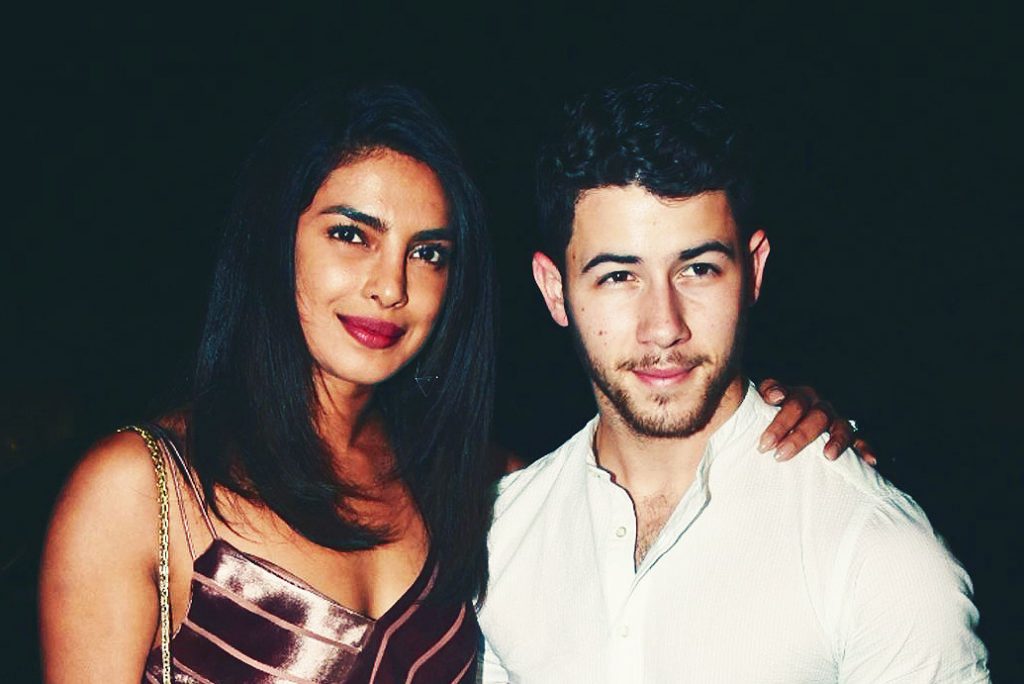 Okay, yes. I understand that this, in fact, is a paragraph long editor’s note and not a full article. But the ghost of this article has been EVERYWHERE this week. The article claimed that Chopra was a “global scam artist,” amongst other things, and the main critique was that it was racist and sexist. That I’m posting an editors note instead of an article should give you an idea of how much it exploded the internet. Unfortunately, I didn’t have the chance to read it before it was taken down.

3. The Atlantic: Priyanka Chopra, Nick Jonas, and the Two Internets 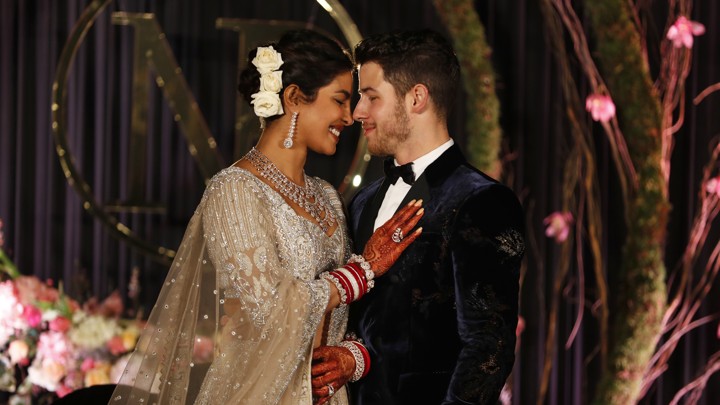 The internet connects a lot of people and places that weren’t connected before. But it is also extremely siloed. In the US alone there is the black internet and the white internet, conservative vs. liberal, and queer vs. straight, just to name some of the most obvious binaries. Amongst other things, the Chopra/Jonas wedding is exposing the silos of the internet. “An American perspective has dominated media coverage of the event, to the point that one of the biggest flurries in the Indian press around it had to do with an American article on the subject,” read The Cut article above.

For Malliko Rao, an Indian American woman, “the most elucidating analysis” of the Prick wedding is “among desi women, who text other desi women sophisticated hot takes that are rarely, if ever, shared in mixed company” with a lot questioning Jonas and wondering “does this white boy understand that he is marrying into royalty,” as Prachi Gupta discusses in her piece on Jezebel.

Other analyses of the relationship focus on Chopra. “In India and the diaspora, Chopra has the reputation of a chameleon; her Americanized accent alone has launched a cottage industry of think pieces. One India-born friend linked the accent to what she saw as the shamminess of the marriage, both features of a Chopra quality she perceives and, at turns, admires and reviles: a hunger to get ahead, even if she loses herself in the process.”

Personally, one of the most interesting things I found highlighted in this article was that Indian married life is “notoriously hard to exit from, and beset with many familial players” in contrast to the way we think about celebrity marriages in the US (did anyone really think Cardi B. and Offset were going to stay together????).

Anyway, I’m sure this saga will continue. 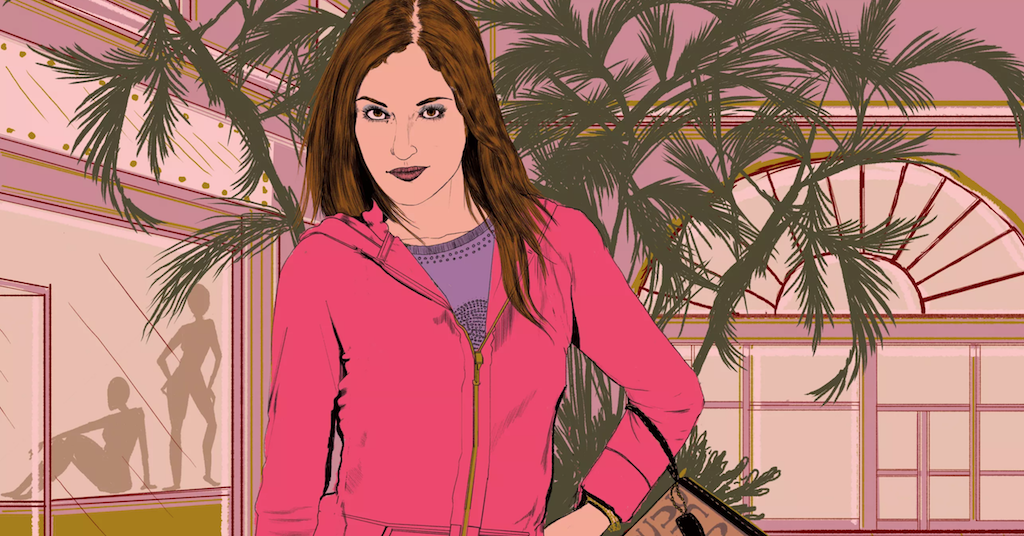 This was perhaps the most interesting thing I read this week. I first heard the term, a “second-degree ethnic slur,” from a friend that happened to be Jewish at summer camp between 7th and 8th grade. My friend was talking about someone else that was Jewish. I asked her what it meant, and my friend listed a couple of other girls.

“The Jewish American Princess, or JAP, embodies both an attitude and a style of dressing. The archetype was forged in the mid-1950s, in concert with the Jewish-American middle-class ascent.” Over the years, her image has shifted with changing fashion and pop culture trends, but the essence of the term has remained the same: “She is at once a real identity marker and an imagined stereotype. Like most cultural constructs that tell women how to be, her image can be freeing and oppressive at the same time.” And “like all the most successful slurs, the term embodies both descriptive power and judgment.”

This is a fascinating informative read.

5. Medium: The New Beauty Is From Everywhere and Nowhere 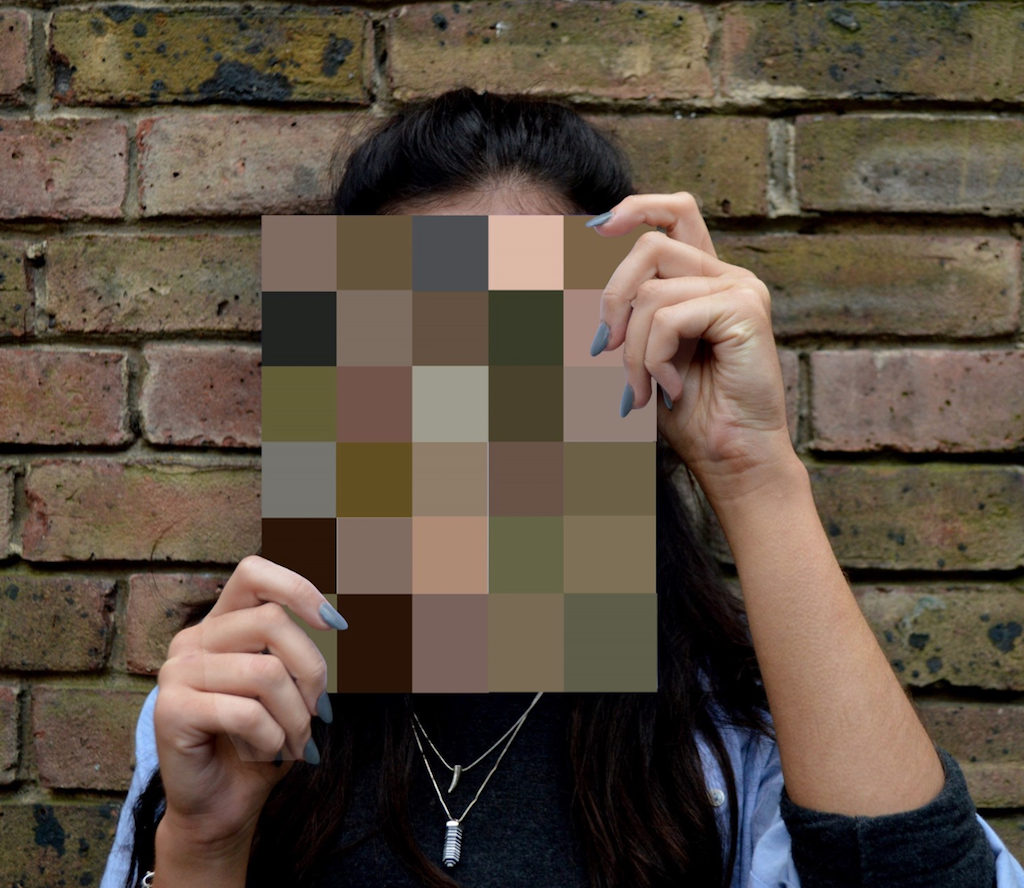 Beauty trends are ever-changing, and with selfies and social media and smartphone cameras they ways in which we look at ourselves are also changing. “The proliferation of filters and how often we’re taking selfies has warped our perception of how we actually look.” People used to bring in pictures of celebrities as a reference for cosmetic procedures, but starting 4 or 5 years ago, “patients started to bring filtered selfies,” said director of the Boston University Cosmetic and Laser Center Neelam Vashi. “You have to make a judgment call on what is a healthy level of dissatisfaction.” But you could also go in without reference and receive suggestions based on “cultural blueprint” of what you should look like, “a racially ambiguous ideal that aims to soften some ethnic traits while amplifying others.” Defining beauty has become an “exquisite corpse game of cherry-picked ‘good’ features from different ethnicities.”

6. BuzzFeed: Like Everyone Else In The Aughts, I Loved Norah Jones 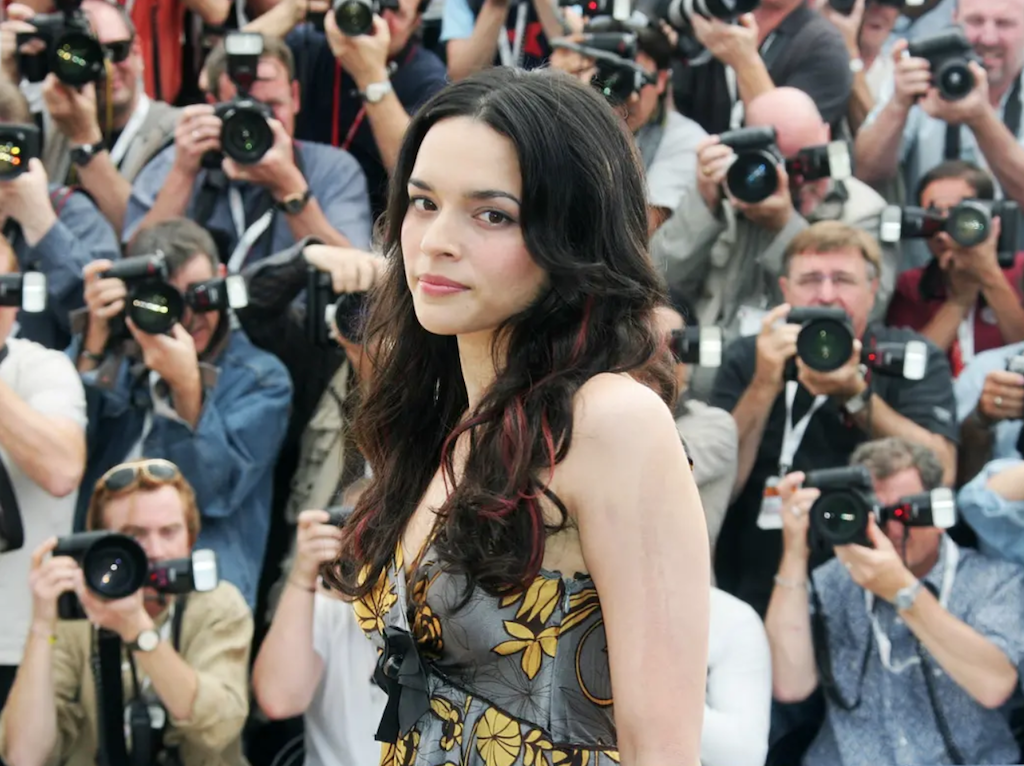 The first memory I have of Norah Jones was a conversation I had at summer camp in middle school. A bunch of us were sitting in a cabin when someone said “this was Norah Jones’ cabin” before someone else quickly retorted “No! She was in cabins 15 and 21!” “I heard she didn’t know how to sing before she got here,” another voice added. We were at Interlochen Arts Camp, the same camp Norah Jones went to. No one really knew what they were talking about, accept that Jones did attend the same camp. But that didn’t matter, while I was there it was these were all fairly accepted rumors.

I wasn’t old enough to listen to Come Away With Me, Jones’ debut album when it came out in 2002, but I have always known its ripple effect. The album won her 8 Grammy’s and “The New York Times compared her to Sarah Vaughan and Aretha Franklin. By 2007, she had sold more albums than any other female singer of the decade.” Despite all of her success, Jones was reticent of her fame and “notoriously compared sweeping the Grammys to feeling like she ‘went to someone else’s birthday party and ate all their cake.’” But listening to Jones sing with a “voice tinged with melancholy” was a middle school right of passage. 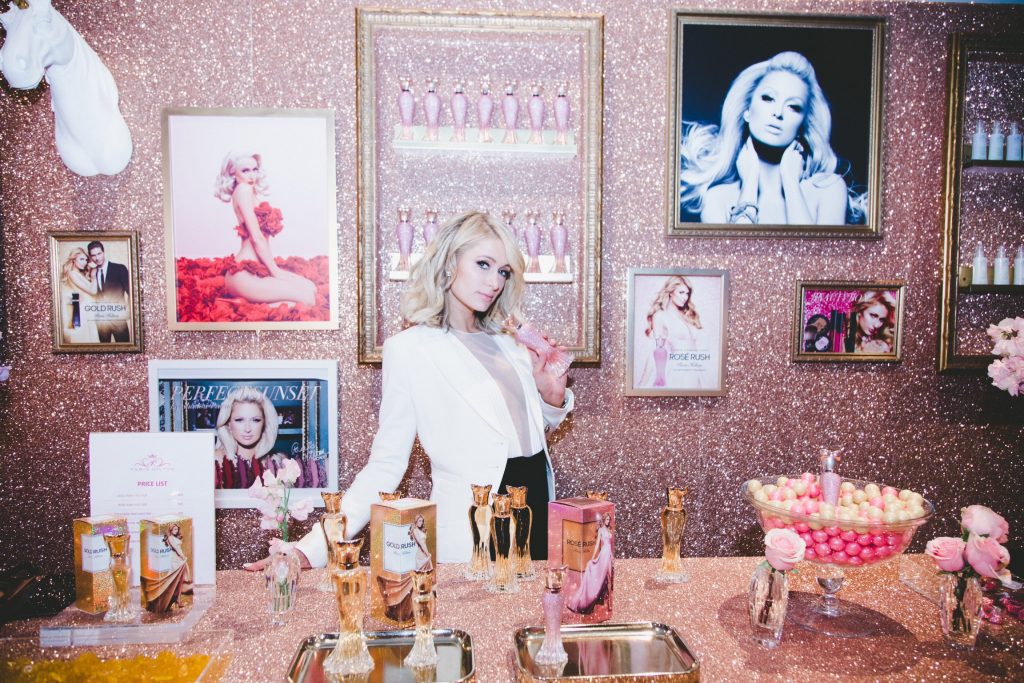 LMAO. Somehow this article has no reference to the Kardashians, which is very impressive… it must have been written into the contract. I also feel like it is trying to be like the 2015 Broadly profile on her (my favorite!) and failing miserably.

I honestly have so many weird feelings about this article. Basically, it is arguing that Hilston is a social media influencer. Which I would disagree with. She Is an influencer of culture, and it is true that Hilton was the architect of social media influencers, but she wasn’t the first to inhabit the space. Hilton’s fame and prestige (apart from family lineage) comes from The Simple Life and peak 2000s tabloid culture. At the time of this writing, she has just under 10 million followers on Instagram and bost about having a mere 50 million followers across all of her social media accounts combined in the new Netflix documentary, The American Meme. For someone with her name recognition — according to her team, “even in some countries where there’s no television, people know her name” — that is not impressive.

Paris Hilton is an heiress, reality TV star, and brilliant businesswoman (she has 19 product lines!), but her celebrity is firmly ground in the analog world. It would survive if Instagram’s servers crashed.

Hilton is in the process of creating a VR game of her life. If that becomes the new hot social media platform as she predicts, maybe she will get to add Social Media Influencer to her impressive cache of titles.

ALSO, of course, Paris Hilton will never stop making money! Can you even imagine what the interest on her inheritance is?!?!?!?! I can’t. And I’m only talking about the annual dividend. 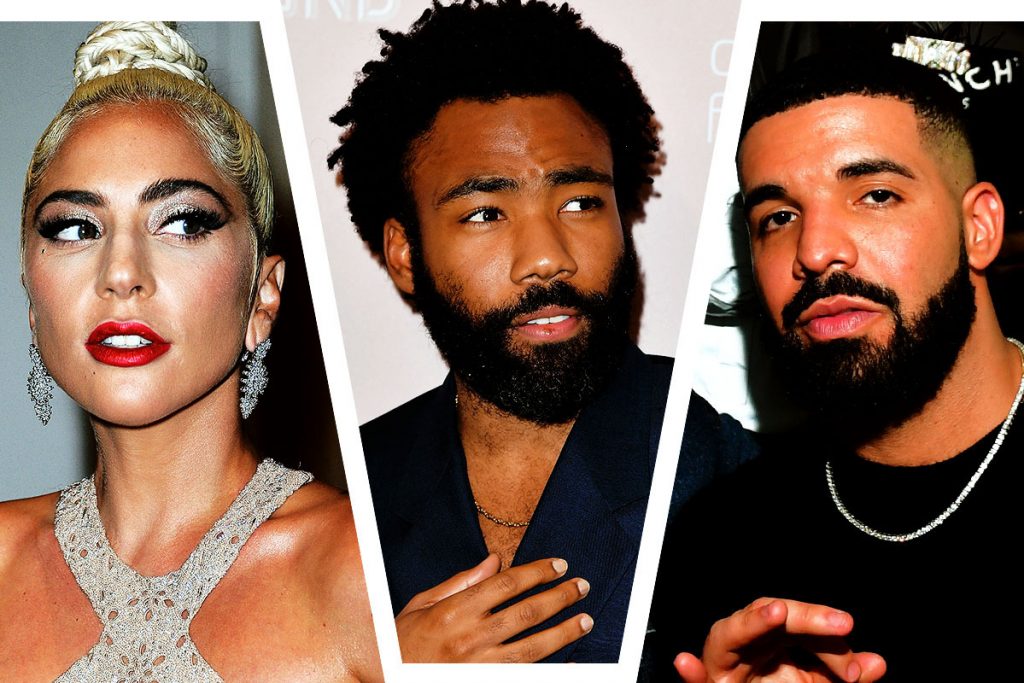 It’s almost award season! There was A LOT of drama around awards this week and there will probably be more next week. Award season is such a good annual recap of pop culture and often provides grass for beefs to graze on for the coming year.

Anyway, there are a lot of analyses of the nominations, but I like how this article contextualizes the role of the Grammys. The Grammys, as with all entertainment awards give out by an academy, “are important, but they’re not necessarily an accurate representation of the music industry as a whole. There is no reason that these two ideas need to be reconciled. If Drake somehow wins zero awards, that does not make Drake less popular. That Ariana Grande was not nominated for more awards does not negate her impressive musical achievements this year. The Grammys are their own world, and they matter exactly as much as we let them matter.”

The Wu-Tang Clan seems to always just be around, popping up everywhere, sometimes in unexpected places. To celebrate the 25th anniversary of Enter The Wu-Tang (36 Chambers), the group stopped by Tiny Desk to perform a set of the group and its member’s greatest hits.

I have been listening to this on a loop since it was released on Friday. The first time I listened to it my ears didn’t really know what they were feeling. They felt warm and a little hazy from my buzzing headphones, which seemed to be vibrating at a new frequency. Each time I listened to I heard different things, every play almost presenting a new song. After a few listens, the different versions fused back into the first one I heard before presenting themselves anew again. This process continues to repeat itself.

The song itself is titled Birth, already narrative, and is layered with the voice of a small child, a baby crying, and the voice of a parent saying, “When I die, I will not die. I will always be with you, son.” With each listen, more information about the relationship between the child and the adult can be gleaned.

I read the accompanying text after about five listens. It is a long and winding personal narrative before explaining a life philosophy of “start[ing] on a wrong note and try[ing] to get out of it.”

Sometimes works need an artist or curatorial statement for context. Sometimes a title or list of materials is necessary to make sense of a piece. This isn’t one of those projects. Everything needed to understand the song is conveyed in it. The statement doesn’t add much. It was written for the artist, not the listener, and the most important thing I learned from it was a footnote at the bottom “To be continued in January 2019.” What this project needs is time and careful listening. 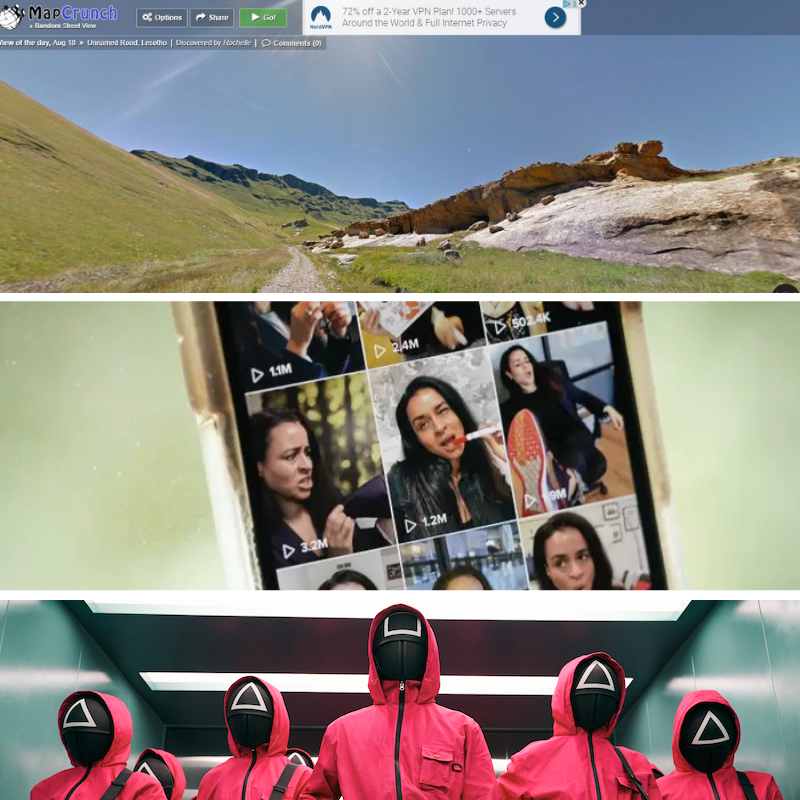 Highlights: Longreads and essays, those we lost, music, TV, memes and internet culture, and weird websites.