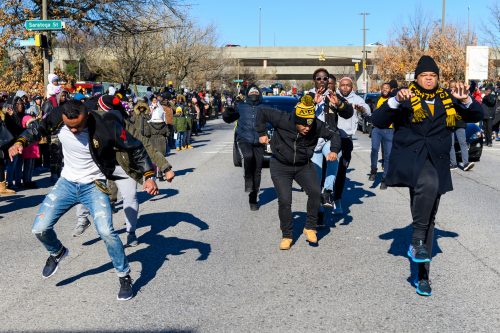 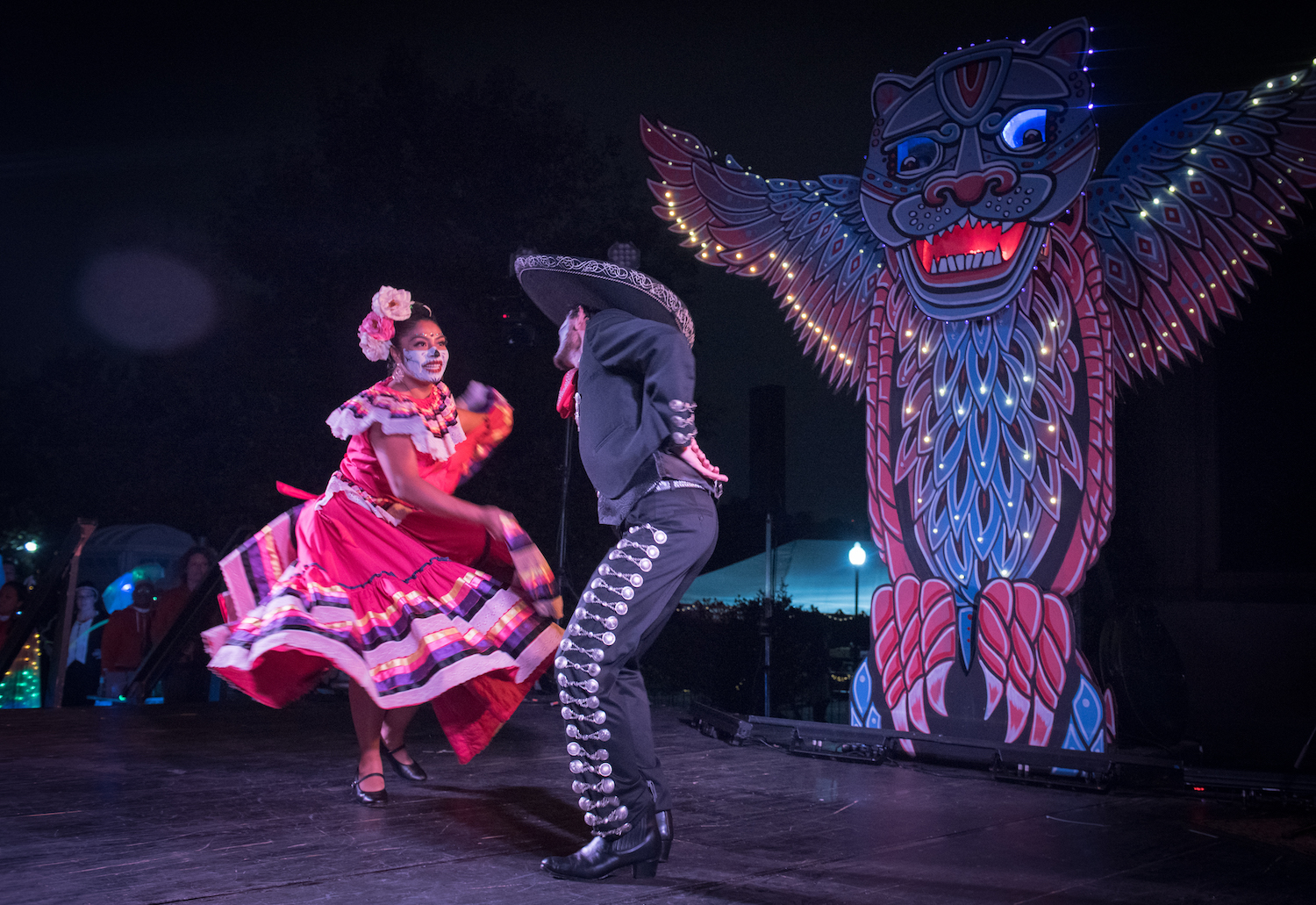 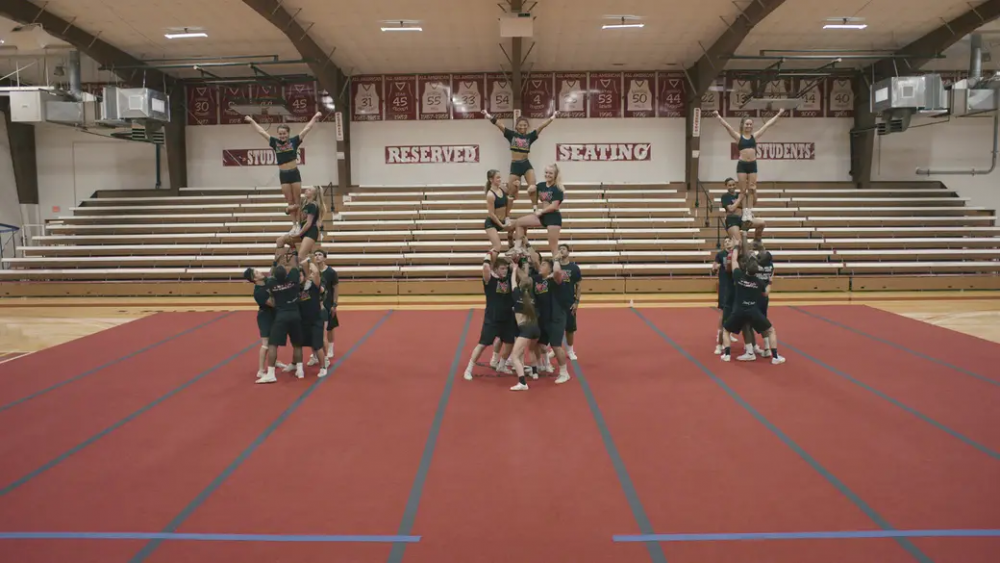 Some crazy shit punctuated a mostly boring week on the internet—but there were also some quiet hidden gems. Highlights: Maybe I want to be a cheerleader, the neverending status game, the myth of self-reliance, Harry and Meghan, the hanged men, the worlds of N.K. Jemisin, American Dirt, the Internet of Beefs, Joe Rogan’s love for Bernie Sanders, and Black lesbian twitter exploded.

1. BuzzFeed: “Cheer” Captures What It Really Felt Like To Be A Cheerleader

I love Cheer! I don’t know how quickly I watched the new Netflix series but it was VERY fast≠. The show follows “a super-elite squad of cheerleaders at Navarro College, a junior college in Texas, as they train to defend their title at the national cheerleading championship in Daytona Beach, Florida.” Throughout the series the history of cheerleading and all of the stereotypes it engenders are discussed, as well as, perhaps most importantly, all of the cheerleaders that break the stereotypes that “she’s the popular girl, the tan girl, the blonde girl, the skinny girl, and almost always the white girl. She’s a queen bee. She’s straight, and her boyfriend plays football. She’s not particularly smart. She generally has money. And her status as a cheerleader is mostly for show: an opportunity to wear a costume that announces, over and over again, her place in the social hierarchy.” Cheer shows us that “all kinds of people become cheerleaders, for all kinds of reasons and all kinds of rewards.”

2. The Point: Who Wants to Play the Status Game?

If this article does not completely encapsulate the fuckery of unnecessary, esoteric name- and theory-dropping in grad school then I don’t know what does. The Status Game is when you meet someone and look “for common ground on the basis of which your conversation might proceed.” The two most basic versions of this are the Importance Game, where “participants jockey for position. This usually works by way of casual references to wealth, talent, accomplishment or connections” or The Leveling Game, which “uses empathy to equalize the players. So I might performatively share feelings of stress, inadequacy or weakness; or express discontent with the Powers that Be; or home in on a source of communal outrage, frustration or oppression.” In the games, “the former needs to signal enough power to establish a hierarchy; the latter enough powerlessness to establish equality.” Both games, however, require an evaluation of one’s own values, forcing players to confront that “morality requires we maintain a safety net at the bottom that catches everyone—the alternative is simply inhumane—but we also need an aspirational target at the top, so as to inspire us to excellence, creativity and accomplishment. In other words, we need worth to come for free, and we also need it to be acquirable.”

This hit WAY too close to home.

3. The Paris Review: The Myth of Self-Reliance

The only reason I clicked on this article is because of my friend. She is obsessed with self-reliance and her dream is to live in a log cabin at the foot of a mountain in rural Montana. Here, Jenny Odell interrogates the myth of self-reliance through Ralph Waldo Emerson’s Essays and investigates the relationship between freedom, self-reliance, and interdependency, realizing that she had “absorbed from my family and my upbringing a specific brand of individualism, valorizing and transmitting it unknowingly.” I sent this to my friend, who has yet to read it because of the accuracy of the title.

Well DAMN! Not that this is surprising at this point in the royal drama, but Harry and Meghan have stopped their royal duties and dropped their HRH titles—WHICH IS A BIG DEAL. The Queen announced that after “’many months of conversations and more recent discussions’ she was ‘pleased that together we have found a constructive and supportive way forward for my grandson and his family,’” a statement that puts corporate email jargon to shame.

5. The Paris Review: Who Are the Hanged Men?

I’ve always found it easier to read Kara Walker’s titles and statements aloud instead of to myself, and this is no exception. Her prose is as vivid as her images are direct and bold, her cadence allowing words to hang in the air. Offering an understanding of José Clemente Orozco’s The Hanged Man, Walker forces us to confront “the bloated neutered monsters hanging in the branches, who become the branches, the forest, barklike limbs, truncated, cut down, howling, angled, parched, rocked by the wind-kicked flames that lick, then tickle, then singe, then engulf.”

As I have said many times in this column, I do not like reading fiction. And I had never heard of fantasy and science-fiction author N.K. Jemisin until reading this profile. Jemisin’s novels have sold millions of copies around the world and “in 2016, [‘The Fifth Season’] won a Hugo Award for Best Novel—a first for a black writer. The following year, a sequel, ‘The Obelisk Gate,’ won again. In 2018, the final book in what became the ‘Broken Earth’ trilogy, ‘The Stone Sky,’ won, too. No author in the history of the genre had achieved that recognition.” Her impeccable achievements go on forever. This profile expands our knowledge of Jemisin, but also the history of fantasy and science-fiction authors of color.

American Dirt, Jeanine Cummins’ new novel, is causing A LOT of controversy across all of the internet. Cummins has taken it upon herself to write a story that she has never lived, but that many people have. The book, which follows a mother and her 8-year-old son as they journey from Mexico to the US border, is what one would expect from a person engaged in white saviorism, painting her characters as pitiful, naive stereotypes deserving of white sympathy. As Esmeralda Bermudez from the LA Times writes, “This is a wonderful, melodramatic telenovela, something I would love watching for cheap entertainment, like a narco-thriller on Netflix. But this should not be called by anyone ‘the great immigrant novel, the story of our time, The Grapes of Wrath.’ Why? How did we get to a point in our industry, in the book industry, in society, that this is the low standard that we have?”

Further, Cummins, who identified as white as recently as five years ago, also received a seven-figure advance for the book when many Latinx and authors of color struggle to get their own work, written about their own culture, published… It is a shitshow. And of course, there are memes.

8. Ribbonfarm: The Internet of Beefs

Now, I’m not going to say that this isn’t an interesting article, but its main premise—that the internet is filled with beefs—has been known for a while. Writer Venkatesh Rao complicates this, however, by tying stan culture and the proliferation of beefs to algorithms and shifting the statistics of the AIs. The Internet of Beefs (IoB) “is shaped by high-profile beefs between charismatic celebrity knights loosely affiliated with various citadel-like strongholds peopled by opt-in armies of mooks. The vast majority of the energy of the conflict lies in interchangeable mooks facing off against each other, loosely along lines indicated by the knights they follow, in innumerable battles that play out every minute across the IoB,” and where “the Lord of a Mook Manor maintains a sanitary ideological distance from his mooks while keeping them tactically close on the IoB: close enough to hear dogwhistles and take tactical cues from their own marquee jousts, distant enough for plausible ideological deniability. Unlike the leaders of ISIS, IoB knights are not particularly eager to take responsibility for terror attacks under their banners, only to profit from their consequences.” All of this leading to the question of what happens to “we who are Very Online and destined to eventually die on the Internet of Beefs, but do not wish to?”

9. Vice: Joe Rogan’s Endorsement Is One of the Most Influential in America

Controversial and bigoted media personality Joe Rogan endorsed Bernie Sanders as a presidential candidate. Rogan, who boasts 7.3 million subscribers on YouTube, and “claimed his podcast gets 190 million downloads a month,” is a “libertarian influencer with mainstream appeal,” as described by Data & Society researcher Becca Lewis. People are most upset however that Sanders embraced Rogan’s endorsement by posting a video clip of it to his campaign’s Twitter account. The question of “whether Rogan’s endorsement matters doesn’t depend on whether Rogan himself is GOOD or BAD, it’s whether his endorsement moves the needle. And given how much discussion there is about his endorsement and what we know about Rogan’s overall influence, it almost certainly does.”

Wow. Lesbian Twitter, specifically Black lesbian Twitter, went WILD this week! Lena Waithe and her wife Alana Mayo announced they are splitting after announcing her marriage two months ago, amongst rumors of Waithe’s involvement with Cynthia Erivo. And the tweets are intense.

All images taken from reference articles