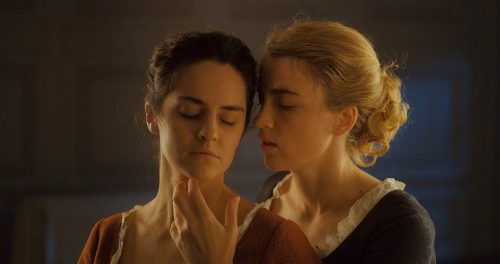 Céline Sciamma’s subdued and devastating me [...] 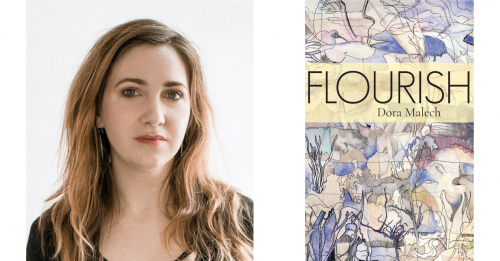 Media & Literature
The Internet Is Exploding: 10 Must-Read Articles This Week
Paris is Burning 30 years later, Arts.Black’s new podcast, an open letter to Elizabeth Warren, why you’ll probably get the coronavirus, and more 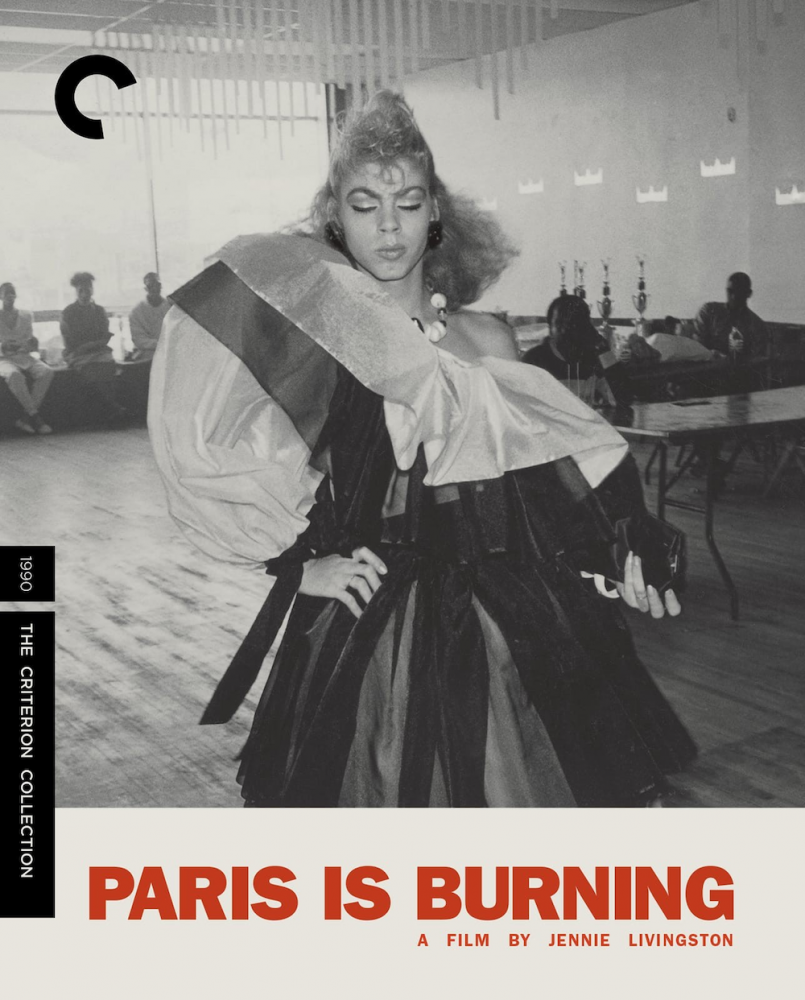 The internet was a lot this week. Good, but a lot. Highlights: Paris is Burning 30 years later, Jeremy O. Harris and Samuel Delany in conversation, Arts.Black’s new podcast, an open letter to Elizabeth Warren, a meditation on shame, Harvey Weinstein is guilty, there are no reported cases of a congenitally blind schizophrenic, you’ll probably get the coronavirus, Catherine Pugh had it coming, and Katherine Johnson died aged 101.

Paris Is Burning was re-released through the Criterion Collection last year, and there has been a slew of articles about director Jennie Livingston’s landmark documentary. In this interview, Livingston speaks about being a “proto-queer” person and how “people playing with gender, embodying gender transition, or simply commenting with the way they were moving and the way they were speaking on the construction of identity, was all pretty mind-blowing to me.” Livingston also reflects on “things we could have put more of a focus on, like sex work, drugs, the way families treat their queer children poorly.”

2. The Paris Review: Sex in the Theater: Jeremy O. Harris and Samuel Delany in Conversation

This conversation is amazing. Black theater is having a much deserved moment right now, and I don’t even know how to truncate this conversation into a synopsis, even though that is technically my job. Jeremy O. Harris, whose Slave Play has been a critical hit, met with author and critic Samuel Delany, who “has been hugely influential on Harris” although they hadn’t met before. Delany also “was very aware of Harris. The superstar playwright made an indelible mark on the culture, and it was fitting that the two should meet on Broadway, in Times Square, Delany’s former epicenter of activity, which he detailed at length in his landmark Times Square Red, Times Square Blue and The Mad Man.” Even if you aren’t a theater geek this is a great read.

Arts.Black just released their first season of their new podcast, Care + Criticality, on Friday which I am SUPER excited about! I have not had time to listen to anything more than the trailer, but it is bound to have many moments of pure gold.

My main trepidation in supporting Elizabeth Warren for president has always been her comments on Indigenous and Native American rights, sovereignty, and policy, and her apparent lack of understanding why using a DNA test to claim Native American heritage is so dangerous. Members of Native American tribes and groups have given her ample time (literal years) to issue an apology and statement to acknowledge and correct her actions. They have met with her. They’ve made bulleted lists of what they would like her to understand, and this letter is the latest example of many.

Despite her 12-page response, Warren still does not seem to understand the full impact of how harmful her actions have been to Native American communities. There are a lot of very interesting and in-depth conversations happening on Twitter about this letter and Warren’s “apology” and I urge everyone to read. Rebecca Nagle, Kim TallBear, and Joseph M. Pierce have all signed this letter and commented on Warren’s reaction, and they have shared ongoing and pointed critiques of the candidate.

While I like a lot of Warren’s policies, I simply cannot support a candidate who has been given so many opportunities to listen and learn and still hasn’t changed.

5. The Cut: Replaying My Shame

Every week in this column there is always a piece that is hard for me to write about, and it is usually what my editor has the most comments on. I’m always thankful for her edits because while my opinion on a topic might change, what I write here will endure for a lot longer. In this deeply reflective essay, Emily Gould writes about the shame and trauma she experienced during her first writing job at Gawker, where she worked in 2007. She narrates what it means to be shamed in public, and what it means to consent to wade through that shame publicly. The essay is filled with beautiful realizations of how “amoral people are not silenced by shame. Quite the opposite: The shame often rebounds off them and back onto the people whom they have victimized,” and that if we are experiencing “the patriarchy’s last gasp, it’s a long one that shows no sign of ending.”

Last week, Harvey Weinstein was found guilty on two sexual assault charges. The jury concluded that he “forced oral sex on former production assistant Mimi Haleyi at his apartment in July 2006 and raped former aspiring actress Jessica Mann at a hotel in 2013.” He faces a maximum jail time of 29 years. Weinstein is the most public figure to be held criminally accountable after the #MeToo movement, “which has brought an avalanche of sexual assault and harassment allegations against powerful men and prompted conversations about gender and misconduct in all walks of life.”

I am interested and excited for the ways in which the #MeToo movement will continue after this.

This story is so fascinating. There has not been a single known case of someone with congenital blindness who has also been diagnosed with schizophrenia. This implies “that something about congenital blindness may protect a person from schizophrenia. This is especially surprising, since congenital blindness often results from infections, brain trauma, or genetic mutation—all factors that are independently associated with greater risk of psychotic disorders.” The exact reason for this is unknown, but “a person who was born blind doesn’t have the visual inputs to help shape their model of the world,” which could make their world more stable. The other interesting thing about this is that “congenital blindness doesn’t seem to protect against any other mental illness, so it’s not a safeguard overall… And if a person is born both deaf and blind, it doesn’t seem to offer protection either—that comes with higher risks for psychosis.”

Honestly, this article is like its own Wikipedia rabbit hole.

8. The Atlantic: You’re Likely to Get the Coronavirus

I feel like I am way less worried about the coronavirus than I should be. Part of my unconcern comes from its “fatality rate of less than 2 percent—exponentially lower than most outbreaks that make global news,” and my privilege of being insured and in good health. The coronavirus, also known as COVID-19, is incredibly hard to contain due to its symptoms—which can be as mild in some as the common cold, while others infected can be asymptomatic. Because of this, it has been predicted that “within the coming year, some 40 to 70 percent of people around the world will be infected with the virus that causes COVID-19,” according to a conversation James Hamblin had with Harvard epidemiologist Marc Lipsitch. “But, [Lipsitch] clarifies emphatically, this does not mean that all will have severe illnesses.” Lipsitch is not alone in his thinking, and “if the disease continues to be as severe as it is now, ‘cold and flu season’ could become ‘cold and flu and COVID-19 season.’” In many ways, I think I have acquiesced to the fact that I will probably come into contact with the virus at some point in time. But I also have the privilege to think this way, and many people do not.

Former Baltimore Mayor Catherine Pugh was sentenced to three years in federal prison for defrauding the people of an estimated $850,000 after “she failed to print thousands of copies [of the Healthy Holly book], double-sold thousands more and took many others to use for self-promotion, according to prosecutors. Investigators also uncovered that she laundered illegal campaign contributions and failed to pay taxes.” She had it coming.

Katherine Johnson, the NASA mathematician responsible for calculating “the precise trajectories that would let Apollo 11 land on the moon in 1969 and, after Neil Armstrong’s history-making moonwalk, let it return to Earth,” amongst others, died on Monday at the age of 101. Johnson was also the main character in the 2016 film Hidden Figures based on Margot Lee Shetterly’s book with the same title. Throughout her time at NASA “Johnson published more than two dozen technical papers. She was among the first women at NASA to be a named author or co-author on an agency report.”