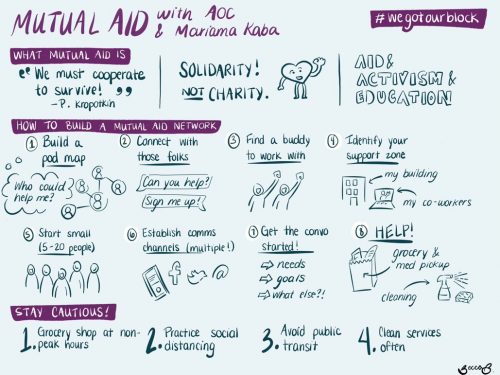 Supporting Arts, Culture, and Each Other During t [...] 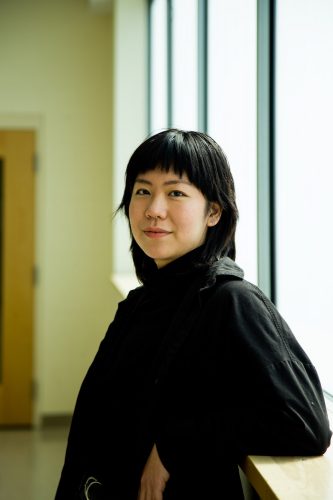 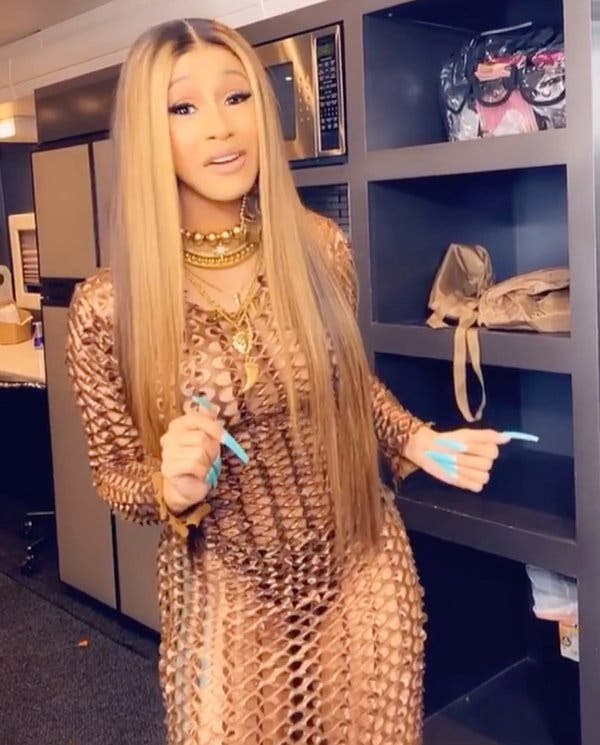 COVID-19 is and will probably continue to be a major focus of media coverage for months to come. A report from the Imperial College came out this week stating that “to avoid a rebound in transmission, [suppression] policies will need to be maintained until large stocks of vaccine are available to immunise the population – which could be 18 months or more.”

This week I spent more time on the internet than I did last week, but still less than previously. I also let myself enjoy the things that made me smile and provided a brief and necessary moment of respite. Highlights: Coronavirus is real, senators are (allegedly) committing insider trading, permission to write, Fiona Apple, D-list celebrities, COVID-19 celebrities, is it okay to have a child?, JSTOR, and walruses and penguins.

Generally I find a lot of Cardi B’s politics agreeable, though I do not know her political stance on everything. One thing that is definitive is that she has an amazing and hilarious social media presence. After a video of her addressing coronavirus went viral, someone created this remix which also went viral and landed on the US pop charts. “Coronavirus. Shit is real,” Cardi says. Shit is real indeed. Please take social distancing and quarantining seriously.

Multiple senators, most notably Richard Burr, are being accused of committing insider trading by selling large amounts of stock a month ago with information from coronavirus briefs that the public was not clued in on. The “sales were among those of several senators to come to light late Thursday, raising questions about whether they were influenced by private briefings on the outbreak that in subsequent weeks caused U.S. equity markets to plunge.” Burr is receiving the most heat from this as he was one of three senators to oppose “the Stop Trading on Congressional Knowledge (STOCK) Act of 2012” which bars federal officials “by law from using the nonpublic information they learn in their positions for their private financial gain.”

3. Longreads: Why I’m Giving Myself Permission to Keep Writing at This Time

Although my graduate program does not have classes and the school is closed and we don’t have studio access anymore, we are (somewhat) still expected to make work, and all students in good standing will pass in our pass/fail grading system. (Yes, it is as confusing as that sentence.) Making art and design objects feels like anathema to me right now. It feels like it requires the exertion of energy I don’t have.

I have, however, since leaving school found more time to write again—something I have done at school, but not as vigorously as I used to. It is easy for me to write down the “thoughts [that] will come to me before I’m ready to explore them more deeply.” I’m a person that always needs to be working on some sort of idea—if not I’m insufferable—but I’m giving myself permission to write instead of making the objects I’m used to making. It is easy for me to write into the unknown, but making art in that space creates a host of anxieties and insecurities that I am not able or willing to hold right now.

Sari Botton giving me “permission from someone other than [myself]” to write, while simultaneously supporting that it might also be necessary to take a break from a writing (or artmaking) practice is graciously accepted and appreciated.

Fiona Apple, who is notoriously private, has been working on an album, Fetch the Bolt Cutters, since 2012. Her process, as described in this profile, is cyclical, “scribbling new lyrics alongside older ones,” and the songs on her new album are “so percussion-heavy that they’re almost martial.”

Although I rarely ever search out Fiona Apple, her occasional appearance in my life is always resplendent. I often feel like she exists as a myth. Part of her allure is that her “lifelong instinct has been to default to honesty, even if it costs her.” I use “resplendent” not to describe (what I know) of Apple and her work, but because of how her music forces me to stop, pause, and reflect. She forces people to momentarily explore the kind of radical sensitivity that she always experiences.

5. Maker: How Cameo Turned D-List Celebs Into a Monetization Machine

I have never purchased a Cameo or been on the app. My understanding of it is generally summed by this article’s short description, that “the product itself is as simple as it is improbable. For a price the celeb sets—anywhere from $5 to $2,500—famous people record video shout-outs, aka ‘Cameos,’ that run for a couple of minutes, and then are delivered via text or email.” But the service really is for D-list celebrities, and someone can be too famous for the app—the most famous person Cameo’s founder Steven Galanis would want on the platform is David Dobrik, if you know who that is.

The only cameo I have ever seen was Mark McGrath’s viral breakup, but since the app’s launch, it has been able “to crack the ever-elusive supply-and-demand-side marketplace that few other businesses besides Airbnb, eBay, and Etsy have ever been able to crack,” and is one of the fastest-growing startups right now.” In the process, Cameo has also redefined fame and what it means to be a celebrity.

6. BuzzFeed: Celebrity Nonsense Is At An All-Time High During The Coronavirus Pandemic

You may be surprised to know that I do not follow many celebrities on social media. But the internet has been especially abuzz about celebrities, kind of more than normal, over the past week, since the US started social distancing. Some celebrities are posting ludicrous covers of John Lennon’s “Imagine” and “telling us how it’s a virus and ‘I respect it’ although people may die, which is ‘terrible…but like, inevitable?’” as Vanessa Hudges did. Others are using their platforms to promote social distancing and call out the racism and anti-Asian rhetoric that COVID-19 is engendering. But “now that it’s increasingly clear that self-isolation is going to be a marathon rather than a two-week sprint, and that many of us will be spending most days in our homes for the foreseeable future, the celebrities are truly showing themselves. They are bored. Their concerts have been canceled. Productions halted. Taking to social media, their broadcasts of their thoughts and feelings are increasingly dark and maudlin, exposing the ways their privilege works.” It is like celebrities gone wild out there, but they don’t necessarily know that.

7. London Review of Books: Is it OK to have a child?

The COVID-19 pandemic has forced me to shift my thinking about almost everything. I’ve known for a while now that having children isn’t a priority for me. My friends and I often have conversations about the ethics of having children, and the older I get I seem to have more conversations with people who have chosen not to have kids for various reasons.

The idea of having children (or not) as a choice is relatively new but rapidly evolving. This article has a decidedly anti-capitalist lens, and takes its title from an Instagram livestream of Alexandria Ocasio-Cortez saying that “Our planet is going to hit disaster if we don’t turn this ship around… There’s a scientific consensus that the lives of children are going to be very difficult… And it does lead, I think, young people to have a legitimate question… Is it OK to still have children?”

I couldn’t read this without thinking of Agnes Callard’s article in The Point that I listed last week, The End is Coming, in which Callard explores “the ethical and moral situation of the last (as in final) generation,” as I wrote.

Perhaps the most important aspect of writing is framing, and throughout this piece, the question of framing kept creeping to the back of my mind. While I largely agree with what this article implores people who are having or thinking of having children to consider, I wonder if “is” is the right verb to start the question. Meehan Crist even writes in this essay that

“Having a child is at once the most intimate, irrational thing a person can do, prompted by desires so deep we hardly know where to look for their wellsprings, and an unavoidably political act that increasingly requires one to confront not only the complex biopolitics of pregnancy and birth, but also the intersecting legacies of colonialism, racism and patriarchy, all while trying to wrap one’s head around the relationship between the impossible extremes of the personal and the global.”

LMAO so this article was originally written in a way that heavily implied JSTOR was making all of its materials free without login which is NOT THE CASE. Parts of the database have always been public. Now, an editor’s note at the beginning of this article clarifies that:

“A previous version of this article incorrectly implied that JSTOR had made its database accessible to the public for the first time. In fact, only certain materials from its database are available to the public, and this has been the case for some time. The headline, subheading and body of this article have been updated to reflect this information.”

so no one was gonna tell me that walruses can whistle i just had to find this out on my own? pic.twitter.com/Pn06ZSkddH

With everything that has been happening recently, I’ve been finding solace in cute aquatic animals on Twitter. And sometimes, that is OK.

close your eyes. imagine how you think a penguin walks down stairs. wrong. it’s better than thatpic.twitter.com/fYzoiin5vb

I’ve watched this video so many times this week, and it, too, has become a moment of cute solace for me.