The Internet Is Exploding: 10 Must-Read Articles This Week 6/28 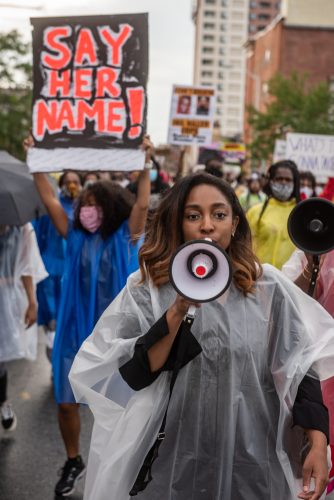 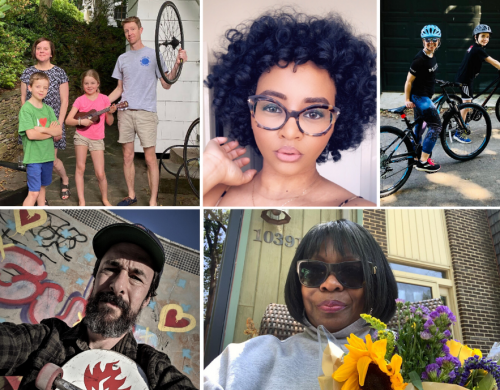 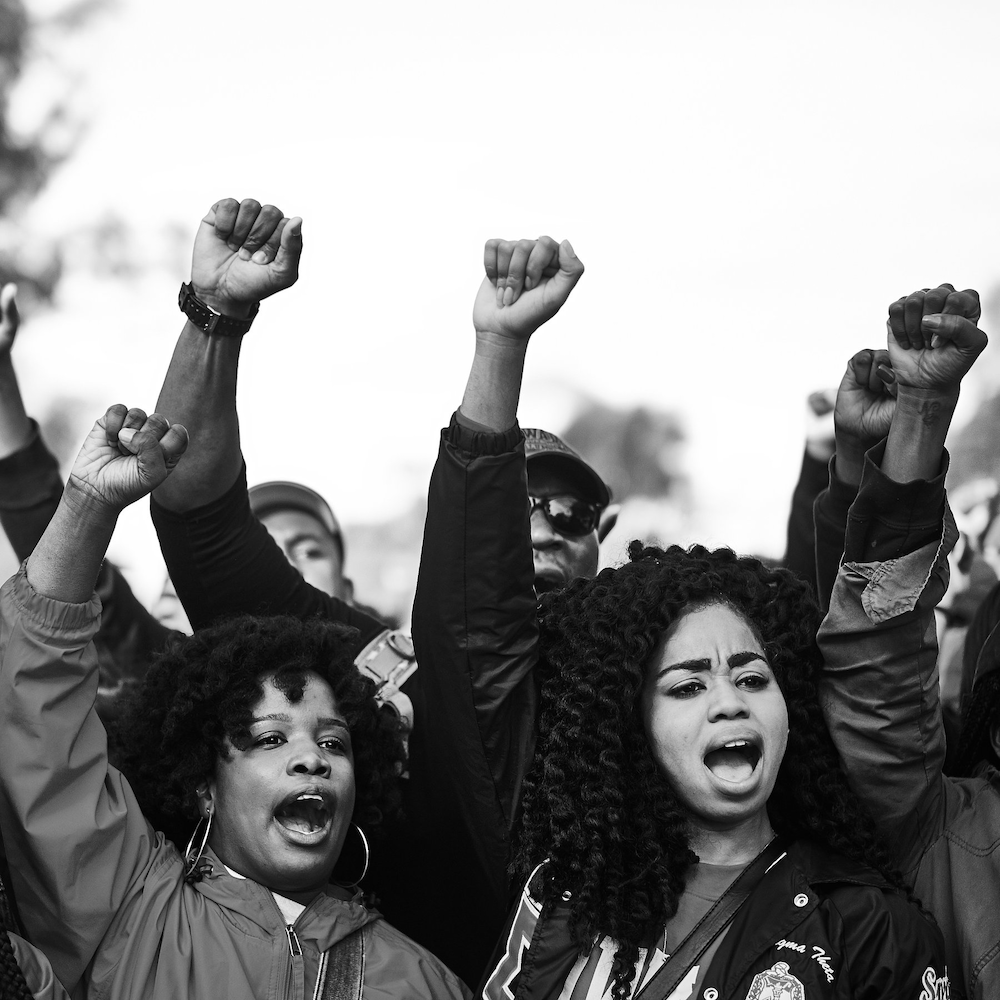 1. New York Times: What is Owed

Black people are owed a lot of shit from this country. For centuries, the US and its white supremacist principles have been oppressing and stealing from Black people. This happens in many different ways, and “while unchecked discrimination still plays a significant role in shunting opportunities for black Americans, it is white Americans’ centuries-long economic head start that most effectively maintains racial caste today. As soon as laws began to ban racial discrimination against black Americans, white Americans created so-called race-neutral means of maintaining political and economic power.” This history is deep, and “when it comes to truly explaining racial injustice in this country, the table should never be set quickly: There is too much to know, and yet we aggressively choose not to know it.” Nikole Hannah-Jones explains the history of today, and that “if we are truly at the precipice of a transformative moment, the most tragic of outcomes would be that the demand be too timid and the resolution too small. If we are indeed serious about creating a more just society, we must go much further than that. We must get to the root of it.”

2. ArtNews: Arthur Jafa’s Essential Video ‘Love Is the Message, The Message Is Death’ to Be Streamed for 48 Hours

The first time I saw Arthur Jafa’s “Love Is the Message, The Message Is Death” was at the Hirshhorn in 2017. I was mesmerized the first time I watched the video which “shows a montage of historical and original footage, set to Kanye West’s song ‘Ultralight Beam,’ that is focused on the experiences of Black Americans.” I went to DC frequently in 2017 and early 2018, and every time I was in the city I made time to see the video again.

The video is only streaming for a few more hours, so watch it while you can.

3. The New Yorker: Where Bail Funds Go From Here

Since George Floyd’s death sparked protests against racism and police brutality, bail funds across the nation have seen a tremendous uptick in donations. And since the end of May through the end of the first week of June, the Minnesota Freedom Fund, which pays criminal and immigration bonds, had received more than $31 million through more than 900,000 donations. This fund is not alone, as the National Bail Fund Network has received donations from nearly 2 million people, and “the funds that it supports have raised an estimated seventy-five million dollars.” With this increase in money, many bail funds are struggling with how to best distribute the money, and are “redirecting donor attention to groups that deal with the underlying causes of criminalized activity—poverty, social disenfranchisement, the lack of safe public space.”

Bail funds have a long history, writes Jia Tolentino. “The first formally organized bail fund was created by the American Civil Liberties Union, a hundred years ago, specifically for protesters, after Congress passed sedition laws in an attempt to deter the rise of communism—and there are still funds that focus on protest bail, such as the Atlanta Solidarity Fund. But ‘there’s always an overlap’ between those funds and community bail funds,” said Pilar Weiss, the director of the National Bail Fund Network, when speaking to Tolentino for this article. “During the recent wave of protests, [Weiss] said, ‘Community bail funds and protest bail funds have essentially merged.’”

No one knows for certain what will happen to bail funds, but Tolentino explores their history and possible futures in this piece.

James Baldwin, amongst other Black intellectuals, has been increasingly quoted since the recent uprisings and protests against racism, police brutality, and white supremacy. This week in particular, I’ve seen more people posting video clips from this conversation between Baldwin and Nikki Giovanni in 1971. I’ve watched this conversation a couple of times and it is such a brilliant and compassionate exchange of intellectualism.

5. The Denver Post: Elijah McClain timeline: What happened that night and what has happened since

Elijah McClain, who was murdered by police in Denver a year ago this August, has reached national attention this week. McClain, 23, was unarmed and walking home when “someone had called 911 to report a ‘suspicious person’ who was wearing a ski mask and waving his arms.” According to his family, “McClain routinely wore masks when he was outside because he had anemia — a blood condition — and became cold easily.” After asking police not to approach or touch him, McClain struggled and was handcuffed. Police requested medical assistance and “Aurora Fire Rescue later injected him with ketamine in an attempt to sedate him, police said. He suffered cardiac arrest during the ambulance ride to a nearby hospital.” McClain was pronounced brain dead on August 30th, 2019.

Recently, due to “growing national interest,” the state’s governor assigned a special prosecutor to investigate McClain’s death “a day after he said he would examine the state’s options.”

6. The New Yorker: A Day at the Church of White Guilt

Reading this was such a wonderful moment of satirical respite this week. The Church of White Guilt is filled with “anxious-looking white people [who] stand in a line that stretches out the door and over the hills.” Each white person is waiting for their turn in the confessional where “they can seek absolution for their microaggressions. Instead of a priest, there’s a phone with which they can call their only black friend to apologize.” As they finish confessing, parishioners “are baptized in their holy water—the tears of white people who cried watching ‘The Blind Side’ and ‘The Help.”’

Reading this, I thought of all of the text messages that I have received and not read from white people over the past month. I am not here to assuage any white guilt. I am ignoring it.

Ahmad Erakat, a 27-year-old Palestinian man, was killed at a West Bank checkpoint on Tuesday while on his way to prepare for his sister’s wedding that evening. Israeli officers claim that Erakat attempted to run into an officer at the checkpoint. The officer was slightly injured and “Palestinian officials rejected the police’s account of the man’s death.” Erakat was shot “multiple times,” and police “left him to bleed for 1.5 hours” according to a tweet by his cousin, Noura Erakat, a human rights attorney based in the US. This is coming off of heightened tensions in the region, as in late May Iyad Halaq, an autistic Palestinian man, was killed by Israeli police.

With all of the protests happening in the US right now, it can be easy to forget about the rest of the world. It is important to remember the overlaps between racism in the US and the Palestinian struggle, and the history of solidarity between anti-racist and pro-Palestinian movements.

8. The Washington Post: Why the lopsided House vote in favor of D.C. statehood was so historic

On Friday, the House voted 232 to 180 in favor of granting DC statehood. While the White House opposes statehood for DC and the bill could die in the Republican-controlled Senate, the vote is historic because “the last time Congress considered the question of the District of Columbia becoming a state was 27 years ago. The measure failed in 1993 by nearly a 2-to-1 margin, with all but one House Republican and 40 percent of the Democrats voting against.” Granting the District statehood “has ramifications far beyond whether the District, a city of more than 705,000 residents, should have two voting senators and a House member to represent their interests in the gleaming white marble Capitol that sits at the heart of their city,” as “D.C. residents’ lack of autonomy has been on abundant display in the recent standoff between [Mayor Muriel] Bowser and President Trump over how to handle the largely peaceful protests that erupted after George Floyd, a 46-year-old black man, was killed under the knee of a white police officer in Minneapolis. Bowser could not prevent federal troops from being deployed on D.C. streets.”

It will be interesting to see how this plays out during the upcoming election cycle.

9. The Atlantic: The Boom in Fireworks Conspiracy Theories

I’ve been quarantined in a midwestern suburb since March and, apart from Twitter and texting friends, I don’t know what is happening in cities. Apparently, according to a friend who texted me, there has been an increase in the number of fireworks going off in cities over the past month or so. According to the internet, “there are so many fireworks, for such long stretches of time, they must be coordinated. They look expensive. Could they be a government plot? Are the police punishing people for protesting? Signaling the coming of a civil war?” Various conspiracy theories have been flying around recently, and one of the most popular was tweeted by Robert Brown Jr. and claims “that this is part of a coordinated attack on Black and Brown communities by government forces.” While the increase of fireworks could be due to more direct-to-consumer sales, as many outdoor summer events that traditionally have fireworks shows have been canceled, nothing has been proven and the theories continue. “Conspiracy theories bloom in times of uncertainty, when strange things happen, and when people are bored. This summer is a trifecta.”

10. Literary Hub: Someone is Wrong on the Internet: A Study in Pandemic Distraction

Previously I have read Irina Dumitrescu’s reviews of books, but not much of her prose. I was excited to read this, then instantaneously fell into her cycle of distraction. I easily see myself when Dumitrescu writes “I try to gage the precise level of my hunger” and finds distractions to avoid work. Similar to Dumitrescu, I wonder “how can I focus on my own writing when I have a box full of question marks waiting to be turned into periods?” and question if “I really know what I think I knew 30 seconds ago, back when I began the sentence?”

I can’t hold a train of thought as well as I used to, and don’t have the same confidence in my ideas anymore, and writing anything seems to take an absurd amount of time.