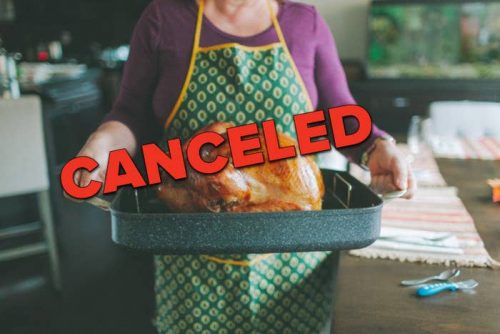 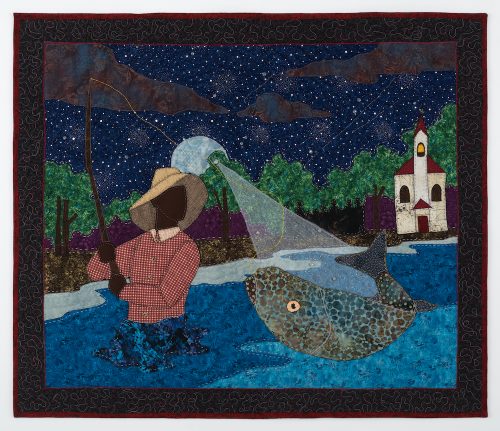 Triumph in the Face of Terror: African-American S [...] 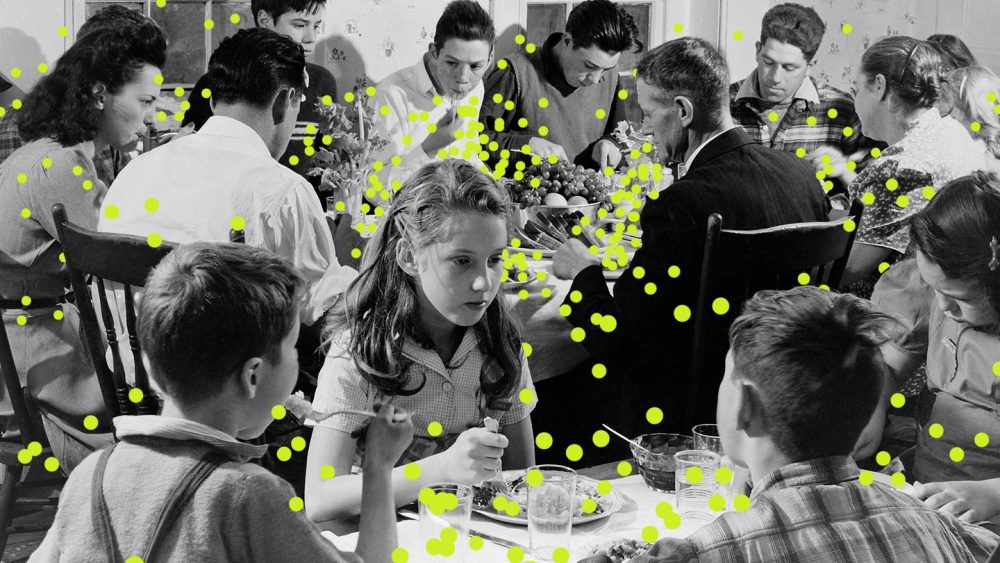 Excerpt: Many of us have read the news stories urging us to rethink our Thanksgiving gatherings as we enter the worst of the pandemic. While it sucks that COVID-19 has cancelled turkey dinner and time with our loved ones, we can also use this more low-key Thanksgiving as an opportunity for transformative change.

To do so, we need to reckon with the reality of Thanksgiving: Not only does it spit in the face of Indigenous people, it essentially celebrates white people building a country founded on “liberty and justice for all” — a flat-out myth that the election, ongoing struggles for racial justice, and pandemic have only further laid bare. As we fight for progress, and to protect and empower our most vulnerable communities, I wonder, does a holiday like Thanksgiving fall in line with our efforts?

After a summer of racial reckoning, is America ready to learn the truth about Thanksgiving?
by Eryn Dion
Published November 23 in USA Today

Excerpt: After a summer of racial reckoning, is the country finally ready to learn the truth about the ‘first Thanksgiving’?

The traditional story of Thanksgiving, and by extension the Pilgrims — the one repeated in school history books and given the Peanuts treatment in “A Charlie Brown Thanksgiving” — doesn’t start in 1620, with the cold and seasick Pilgrims stepping off the Mayflower onto Plymouth Rock.

It also doesn’t start a year later, with the Pilgrims and the native Wampanoag all sitting together to “break bread” and celebrate their first successful harvest and a long, harmonious relationship to come.

It doesn’t start there because those things never happened, despite being immortalized in American mythos for generations.

Excerpt: The Europeans who began colonising North America in the early 17th century steadfastly believed that God communicated his wrath through plague. They brought this conviction with them – as well as deadly disease itself.

It’s still unclear what the disease behind the epidemic actually was. But this was the first of many plagues that swept through Algonquian territory – Algonquian being the linguistic term used to describe an array of Indigenous peoples stretching, among other places, along the northeastern seaboard of what is now the US.

The 1620 Charter of New England, given by King James I, mentioned this epidemic as a reason why God “in his great goodness and bountie towards us and our people gave the land to Englishmen”. Plague supported property rights – it informed the back story of Plymouth Colony that was founded after the arrival of the Mayflower.

The English believed God communicated through plague. But my research argues that declaring “God willed the plague” simply opened, rather than closed, the debate. Rulers, explorers and colonists in the 17th century had an interest in pinpointing the cause of disease. This was partly because plague was used to procure land deemed as empty, and even clear it of inhabitants.

From Around The World: How To Have A Happy(ish) Pandemic Thanksgiving
by Rosemary Misdary
Published November 24 in NPR

Excerpt: A lot will be missing about Thanksgiving this year. It’s a holiday that’s celebrated on a bedrock of bringing family and friends, near and far, together for a big meal and lots of catching up, but the Centers for Disease Control and Prevention urges: “As cases continue to increase rapidly across the United States, the safest way to celebrate Thanksgiving is to celebrate at home with people you live with.”

This isn’t the first time the pandemic has put a damper on a traditional day of celebration. As Americans try to figure out how to mark the holiday, there are lessons to be learned from around the globe.

Excerpt: Let’s put this year’s Thanksgiving meal into perspective. Thanksgiving today is certainly no worse than what we were taught about the first one. Racial strife? Check! Aside from that hallowed feast, war between Native Americans and white colonists was the norm then. In fact, some historians say that the first Thanksgiving was in 1637, when Massachusetts Colony Governor John Winthrop declared a day of gratitude after colonists slaughtered more than 700 members of the Pequot tribe. Pandemic? Check! Many Native Americans were wiped out by smallpox, brought to the Americas by the colonists, who inexplicably called it the “Indian plague.” We have the “Chinese virus”! Standing in line in a crowded grocery store is indeed scary this year. But what if you had to go out and shoot your turkey, and then pluck and disembowel it? What if you had to grow or forage all your vegetables, clean them without running water, store them without refrigeration, and cook everything over wood, as they did back then? We have it so much easier.

Americans celebrated Thanksgiving during a pandemic before. Here’s what happened.
by Brandon Specktor
Published November 24 in Live Science

Excerpt: For the second time in a little over a century, the world is about to face the winter holidays amidst a raging pandemic.

This year, as new COVID-19 cases soar to record high numbers in the U.S., bedrock holiday traditions like interstate travel and indoor family gatherings have been called into question. The Centers for Disease Control and Prevention (CDC) has advised American families not to dine with anyone outside their households this Thanksgiving, while some cities are following Europe’s lead in imposing new lockdown restrictions.

But in late November 1918 -– after a strain of influenza called the Spanish fluhad killed nearly 300,000 Americans in just a few months –- the holiday outlook was very different. New cases were plummeting. World War I was over. Troops were returning to their families –- and Americans were ready to party.

“There was definitely a mixed message after Armistice Day [Nov. 11, 1918],” Nancy Tomes, a history professor who studies public health at Stony Brook University in New York, told Live Science. “There was a leftover concern about big public gatherings, and some cities issued stern warnings before the holidays. But there was also this tremendous conflation of gratitude that the war was finally over. The dominant tone to the public was: Be grateful, celebrate that we’ve come through this national emergency, go to church, say your prayers.”

Excerpt: To the original peoples of this continent, each day is a day to give thanks to the Creator. Thanksgiving ceremonies have always taken place when Native people have gathered. Food and feasts often serve as a focal point of these ceremonies. This Thanksgiving, we’ve asked seven Native American chefs from different cultural and culinary backgrounds, working in different places around the country, to share holiday-worthy recipes with us.

But first, a little history. The Thanksgiving holiday celebrated in the United States cites a particular feast. According to our national story, in the fall of 1621, a year after the Mayflower landed at Plymouth, William Bradford, the governor of the colony, decided to have a harvest feast of thanksgiving and invited Massasoit, the Grand Sachem of the Wampanoag Federation, to take part.

Excerpt: The myth of Thanksgiving, a tale of a peacemaking repast between white colonizers and Native Americans, has long been debunked for its historical inaccuracies. But to reckon with the holiday is to understand how it helped set off a painful history of trauma — massacres, abuse, and negligence — that Native Americans still carry 400 years later.

In his 2018 novel There There, a finalist for the Pulitzer Prize, Tommy Orange tells the story of the challenges Native Americans, especially those who live in cities, continue to face. He connects the characters’ journeys of cultural and self-discovery through the lens of generational trauma; the book’s prologue captures the gruesome history of Thanksgiving and Indigenous erasure, from the forced removal of Native American communities from their ancestral lands to current instances of cultural appropriation.

Today, much of the truth of Native American history is still left out of the country’s education system. Meanwhile, Indigenous affairs are minimally covered in the media. This is despite a year that has asked for reflection and action in terms of reexamining the country’s racist past — protests for racial justice swept the country this summer, and the Covid-19 pandemic has disproportionately affected Indigenous communities and other communities of color. That many American families are still planning to gather this Thanksgiving, despite the risks to the most vulnerable in our communities, is a flashback for many to white settlers spreading deadly diseases that diminished Native populations.

Excerpt: Americans are lining up in historic numbers at food banks across the country this week as the COVID-19 pandemic exacerbates levels of food insecurity for millions of people.

As the Thanksgiving holiday draws closer, news reports from states around the U.S. indicate that more Americans face food insecurity now than at any time in recent decades.

Video obtained by CNN on Tuesday from the Meadowlands entertainment complex in New Jersey showed residents waiting for several hours to obtain prepackaged boxes of meals for the Thanksgiving holiday.

What 635 Epidemiologists Are Doing for Thanksgiving
by Claire Cain Miller, Margot Sanger-Katz and Quoctrung Bui
Published November 22 in The New York Times

Excerpt: The family of one epidemiologist plans to celebrate Thanksgiving in a garage, with tables 10 feet apart and the doors rolled up. Another epidemiologist’s family is forgoing a traditional meal for an outdoor hot cider toast with neighbors. A third is dining in an outdoor tent, with a heater, humidifier and air purifier running.

And, according to an informal survey of 635 epidemiologists by The New York Times, the large majority are not celebrating with people outside their household. Public health experts from a range of backgrounds answered our questionnaire. Not all of them study Covid-19, but all have professional training about how to think about disease spread and risk.

Excerpt: We all thought we knew what kinds of places to avoid: the ballparks, the Sunday services, the packed train cars. If we didn’t want to catch COVID-19, we should stay away from crowds. That was the mantra. So we skipped the summer street parties and we did virtual church. We had a nice little evening at home, ordering takeout and maybe inviting our closest friends and family over.

But now, with COVID-19 rates on the rise basically everywhere in the U.S., those small gatherings are being blamed for spreading the virus, and experts say they don’t want us to have Thanksgiving celebrations with people outside our household bubbles. But experts are always telling us not to do the fun stuff that nourishes our souls — like eating huge meals or festively increasing our drinking — while the darkness of winter encroaches from every side. Having 10 people around a Thanksgiving table can’t be that much of a risk to society, right? Surely you can’t have a superspreader event without, at least, enough people to field a football team?

Unfortunately, the last month has changed the sacrifices we must make to try to avoid the coronavirus. Across the nation, especially in the Midwest, cases have skyrocketed — with some states seeing more cases in the last six or so weeks than they’d previously had all year up to that point. Small gatherings have gotten more risky. And Thanksgiving now represents a very serious threat.

Kamala Harris Shares Her Thanksgiving Turkey Recipe, And It’s A Good One
by Kristen Aiken
Published November 24 in Huff Post

Excerpt: If anyone knows how to roast a turkey, it’s the senator who just helped Joe Biden defeat Donald Trump in the 2020 presidential election.

A viral video from 2019 is making the rounds this week, showing Vice President-elect Kamala Harris deftly offering off-the-cuff advice on how to roast a Thanksgiving turkey.