The Internet Is Exploding: 10 Must-Read Articles This Week 1/10 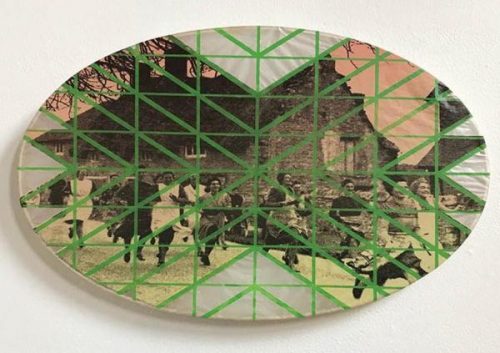 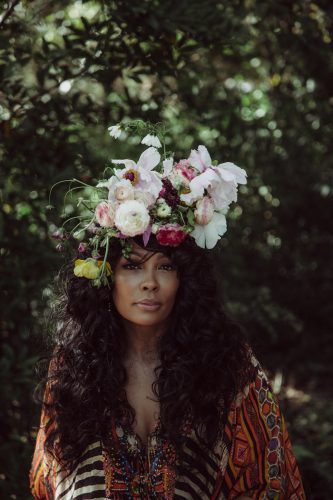 Language as Power: Andria Nacina Cole and A Revol [...] 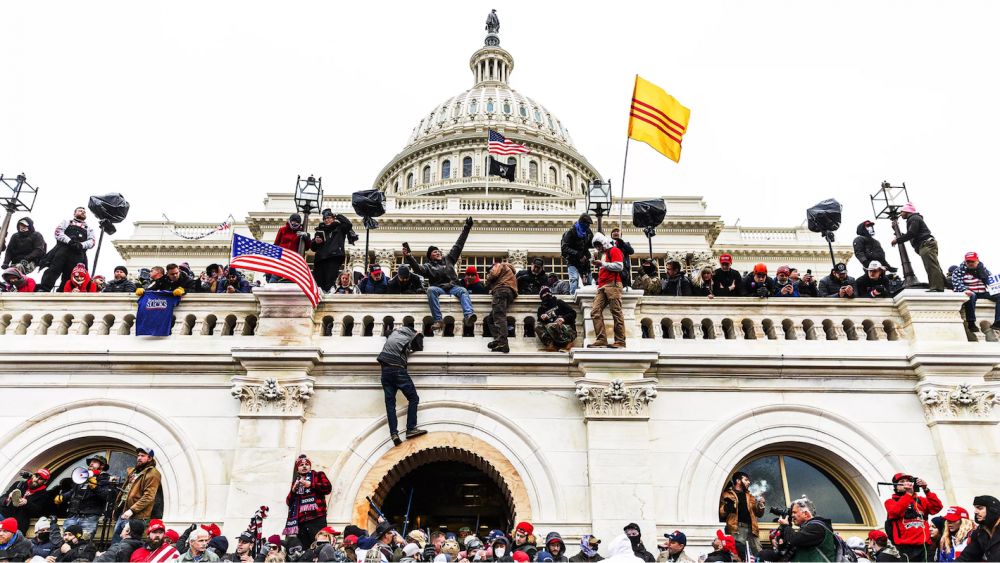 The internet was, as it usually is, a reflection of the rest of the world this week. We might be in a new year, but we are dealing with the same shit. The internet was filled with clips, images, and analyses of the insurrection at the Capitol. There were also, however, beautiful long reads, amazing music, and other moments of respite. Highlights: The riot Trump incited, reflections on a failed coup and the Georgia election, SoHo Karen, the customer is wrong, the mysterious disappearance of bucatini, the last two northern white rhinos, Jazmine Sullivan’s Heaux Tales, SZA, and divorce for Kim Kardashian and Kanye West.

1. Vox: The catastrophic police failure at the US Capitol, explained

Domestic terrorists stormed the US Capitol building on Wednesday to protest Trump’s loss. Congress was in session at that time confirming Joe Biden’s win. The attack had previously been discussed online in right-wing spaces for weeks and incited by Trump at a rally earlier that day.

The police response to this was notably different from Black Lives Matter and anti-police brutality protests over the summer, and over the past few years, in that there wasn’t much of a police presence at all. As of this writing, fewer than 100 people have been arrested. One person was shot (she later died from her wounds) and there were three other deaths due to medical emergencies. That would never happen if that had been a group of Black people. Obviously, the internet had a lot to say about this.

Further, the unpreparedness of the Capitol police is suspicious as there had been significant chatter about such an event online and people did exactly what they said they would do. My father, who is a government employee based in DC, had received alerts about a possible attack on the Capitol since Monday. This is also a police department “with a budget of more than $460 million and around 2,000 sworn officers to guard just 2 square miles of the capital.”

Since the riot, many elected members of the GOP have denounced Trump’s actions and the attack. Some senior members of Trump’s administration have also denounced him, and some have resigned, most notably Betsy DeVos, former Secretary of Education, and Elaine Chao, former Secretary of Transportation. Some people are commending these denunciations of Trump from both appointed and elected GOP officials, but they are only distancing themselves from him now because criminal charges could be on the line for the insurrection and acts of treason.

Currently, there are talks of invoking the 25th Amendment or impeaching Trump, and Twitter has permanently suspended Trump’s account. “After close review of recent Tweets from the @realDonaldTrump account and the context around them we have permanently suspended the account due to the risk of further incitement of violence,” said the company.

Over the past two years, I’ve increasingly followed Kimberly Nicole Foster, founder of the Black feminist community For Harriet, and I love her perspectives on culture and politics. I don’t agree with all the time, but I deeply respect and appreciate how much research she does before commenting on issues, and how she gives a platform to experts when she understands that she is not the most qualified person to do the talking.

In this video, Foster is in conversation with Anoa Changa, a former attorney and a Georgia-based freelance journalist and organizer, discussing the insurrection at the Capitol and the Georgia election.

The 22-year-old woman caught on camera allegedly physically attacking a 14-year-old Black teen and falsely accusing him of stealing her phone was arrested in California.

In an exclusive interview, Miya Ponsetto and her lawyer spoke with @GayleKing hours before she was arrested. pic.twitter.com/ezaGkcWZ8j

The amount of entitlement in this video is disturbing, although not shocking. Miya Ponsetto, AKA SoHo Karen, and her lawyer sat down with Gayle King in an exclusive interview just hours before Ponsetto was arrested for assaulting Keyon Harrold Jr., a 14-year-old Black teen, after falsely accusing him of stealing her phone at a New York hotel over the holidays. Describing herself as “super sweet,” Ponsetto is incredibly defensive in this clip and demonstrates a complete lack of understanding of her actions. She also strangely chose to wear a black baseball cap embroidered with the word “Daddy,” which, according to King, her lawyer had suggested she remove.

4. Food and Wine: The Customer Is Not Always Right

I sent this to one of my friends who has worked in the food industry for over twenty years, and she responded, “Before reading I can already say by the title that I 100% agree.” The phrase “the customer is always right” is treated as a truism in the service industry, particularly in restaurants. While the origin of the phrase is unknown, “its popularization is most commonly attributed to three men: Harry Gordon Selfridge, John Wanamaker, and Marshall Field, all of whom founded popular department stores around the turn of the 20th century.”

When they challenged the pervasive “buyer beware” sentiment of the time, placing the onus for customer satisfaction on themselves, they “shifted the power balance away from the company and toward the customer.” Now, customers are more entitled than ever, something that has been exacerbated by the pandemic. In this article, chefs and restaurateurs share stories of customers refusing to sit outside because they’re “wearing Gucci,” as well as refusing to follow social distancing guidelines, putting everyone at risk. The customer is not always right.

5. Grub Street: What the Hole Is Going On?

This is so funny!!! There has been a shortage of dried pasta due to the pandemic, and it has been particularly hard to find bucatini, which is basically spaghetti with a hole through the middle, due to an “FDA hold,” according to a regional sales representative for De Cecco. This FDA hold is only affecting De Cecco bucatini as it is manufactured in Italy and currently does not meet some US standards. But how the FDA found out about the issue, and put resources into it during the pandemic, is a bit of a conspiracy at the moment. For other companies, the shortage is due to the pandemic. Bucatini is more difficult to make because of the hole in the middle, and while it has increased in popularity, it isn’t one of the most popular pasta shapes. Companies, thus, are producing less of it to keep up with the demand for more popular types of pasta. This whole story is hilarious and very 2020.

This was the most beautifully tragic writing I read this week. I’m always a sucker for descriptive writing, and this piece is filled with luscious descriptions of Sudan, the last male northern white rhino that died in 2018, and his daughter and granddaughter, Najin and Fatu, respectively. With the death of Sudan, Najin and Fatu “live out their days in a strange existential twilight — a state of limbo that scientists call, with heartbreaking dryness, ‘functional extinction.’”

The current state of the northern white rhino will become increasingly common for many species. “In May 2019, just over a year after the death of Sudan, the United Nations issued an apocalyptic report about mass extinction. One million plant and animal species, it warned, were at risk of annihilation. This, obviously, was a horror. Mass extinction is the ultimate crisis, doom of all dooms, the disaster toward which all other disasters flow.”

While we might have specimens of extinct animals in museums and documentation of their existence, “we can never reconstruct all the odd little moments, boring and thrilling, that make a creature a creature, that make life life.”

Jazmine Sullivan finally released her new project, Heaux Tales, and it is SO GOOD. The project interlaces interludes of women and femmes talking about current or past relationships, with Sullivan’s sonic meditations.

When listing to the project, Sullivan’s sixth overall, I kept thinking of her breakout single “Bust Your Windows” from 2008, in which the singer describes how she “bust the windows out your car” because “You broke my heart, so I broke your car / You caused me pain, so I did the same,” and there is so much growth from that song to this project. Songs here, such as “Pick Up Your Feelings,” are just as fun but also demonstrate having boundaries; “Lost One” is obsessive but also filled with remorse. The project is intimate.

This project more explicitly addresses the politics of relationships than some of her previous projects by incorporating the experiences of other people. In the interludes, we hear people discussing how sexuality and class affect power dynamics in their relationships. I don’t agree with all of the perspectives Sullivan chose to include here, but her definitions of relationships are evolving.

The main thing this project left me hoping for was that Sullivan recorded all of the songs in the same session she recorded “Lost One” and “Pick Up Your Feelings.”

I wrote the previous blurb a couple of hours before this video premiered and this concert does not disappoint! I know I’ve been writing about Jazmine Sullivan a lot recently, but this is amazing and her music has been such a nice respite this week. Sullivan performs songs from her new project Heaux Tales for this Tiny Desk (Home) Concert. As Bobby Carter writes, “We don’t see or hear much from Jazmine Sullivan until she has something to get off her chest. She drops a body of work every five years or so, shakes up the world of R&B with each offering, then quietly goes back to minding her own business.”

SZA released “Good Days” on Christmas and I really wanna know what she is up to. The song has a contradictory vibe: chill, warm, slow, soft, and energetic. On the same day, SZA also released a video of her performing acoustic versions of “Hit Different” and “Good Days.”  Whatever SZA is working on, I’m excited for it and hope I’ll be able to listen to it all summer long.

10. Washington Post: How to decode the tabloid coverage of Kim Kardashian and Kanye West’s rumored divorce

On Tuesday, an exclusive by Page Six reported that Kim Kardashian and Kanye West are getting a divorce. Since then, numerous publications and tabloids have anonymous sources that confirm this, citing Kanye’s struggle with mental health, his presidential bid, and the stress of the pandemic as reasons for the split. This is honestly not surprising as Kim and Kanye’s lifestyles and politics have become increasingly different over the years.

I’ve had conversations with a lot of people about this over the past week and everyone, including myself, seems to express the most concern for Kim and Kanye’s four young children. 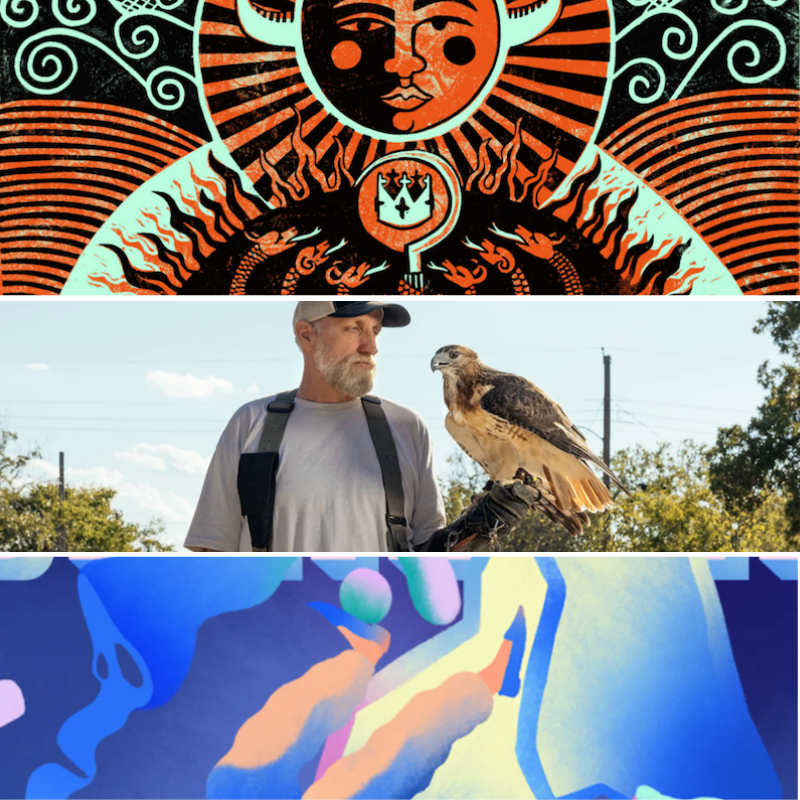