The Internet Is Exploding: 10 Must-Read Articles This Week 10/17 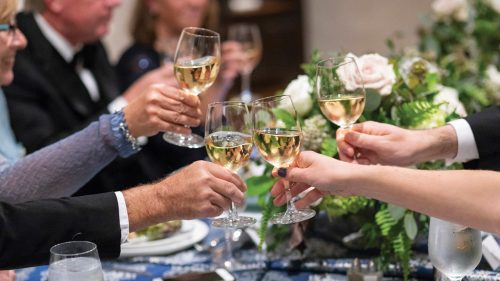 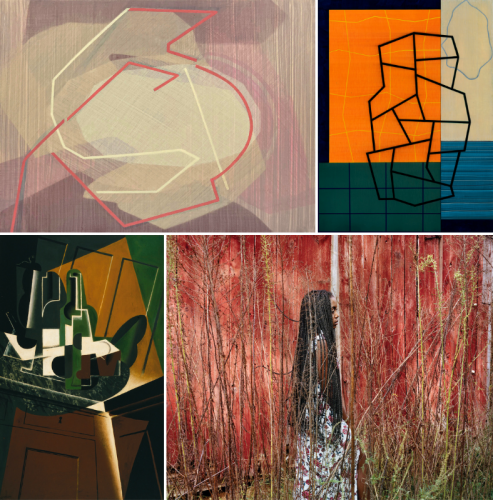 There was so much beautiful work on the internet this week. People are still talking about Dave Chappelle, and Adele released a new music video. Highlights: Questlove, 1998, Kameelah Janan Rasheed and Alexis Pauline Gumbs, Kumail Nanjiani, Megan Fox and Machine Gun Kelly, Slack, social media after death, Ronald McDonald is dead, a lifelong vegetarian eats meat, and how a restaurant got $35 million in debt.

I always wish I knew more about music than I do. Most of my music history is centered around classical music as many of my friends growing up were classical musicians. I don’t have an extensive knowledge of classical music, but it is better than most people my age—especially since I don’t play an instrument.

Questlove, born Ahmir Thompson, is “a griot, a walking, talking encyclopedia of late-20th-century musical history,” and has been described as “hip-hop’s Library of Congress, hip-hop’s Dumbledore, a cross between Mozart and Alan Turing, a mash-up of Stanley Crouch and Isaac Asimov, a blend of Stephen Hawking and a hundred back issues of the hip-hop magazine The Source.” Growing up on Soul Train, Questlove’s “childhood memories are impossible to separate from which episode of [the show] was playing at the time. The two are knotted together so intricately that the archive of the show and the archive of his brain are the same.”

As with his knowledge of music, Questlove’s career is prolific and includes “making 11 albums with the Roots; producing three dozen records, including neo-soul landmarks like Common’s ‘Like Water for Chocolate,’ Erykah Badu’s ‘Mama’s Gun’ and Solange’s ‘A Seat at the Table’; hosting the interview podcast ‘Questlove Supreme’; becoming a sought-after D.J.; co-founding the music community websites OkayPlayer and OkayAfrica; writing six books (including, naturally, one on ‘Soul Train’); serving as the director of music on productions as diverse as the Oscars and the recent mini-series reboot of ‘Roots’; and directing the documentary ‘Summer of Soul.’” But, as Jazmine Hughes writes, “Thompson’s prolificness wasn’t his most impressive feature; it’s that he never stopped being a fan.”

I LOVE a good playlist, and Hanif Abdurraqib just added songs from 1998 to his project Sixty Eight 2 Oh Five. Like Questlove, Abdurraqib is another person with extensive knowledge of music history. At just under seven hours, this playlist showcases Abdurraqib’s knowledge and love of music. The playlist is sprawling, featuring Tori Amos, Aretha Franklin, The Goo Goo Dolls, Death, and more.

Sixty Eight to Oh Five is one of my favorite websites and projects. The essays are excellent and I always find new artists and recordings whenever I peruse the site.

3. The Believer: An Interview with Alexis Pauline Gumbs

I was first introduced to Alexis Pauline Gumbs—a self-described “queer Black Troublemaker and Black Feminist Love Evangelist and an aspirational cousin to all sentient beings”—through a friend of mine who is a poet. My friend writes and moves through the world with a quiet smoothness that most don’t possess. She is pensive and ever-present, yet somehow always in the past. She is spiritual in a way that I am not, and has been described as an old soul.

I hadn’t expected the spirituality of Gumbs and her practice when my friend first sent me an episode of a podcast that featured her. I’ve yet to figure out what exactly about that episode reminded my friend of me, but since then, we’ve continued to exchange pieces by and interviews with Gumbs.

Last week I posted an episode of a podcast with E. Alex Jung that reveled in the brilliance of his profiles, and this profile of Kumail Nanjiani is breathtaking.

After posting a ripped, shirtless portrait photo from the set of the movie Eternals, Nanjiani’s body has been an ongoing conversation point in the media. “While he was building a comedy career, he had put his anxieties about his body into the background. Getting muscular invited an old demon back into the house. The demon took up too much space; it put its feet on the table and ate all his food.” Jung’s profiles are often filled with social critique, and this one centers on muscles, masculinity, and self-worth.

Megan Fox and Machine Gun Kelly have been all over the internet the past few months. Apart from “the recent media re-evaluation of the way she was mistreated earlier in her career,” I haven’t paid much attention to Fox or MGK. This profile of the couple describes them as “bringing back Sunset Strip rock’n’roll glamour for the 2020s, as the kind of couple that’s fun to watch be in love with each other and who have what Fox calls the ‘combustible element’ of all celebrities.” The profile is basically “megan fox and mgk bravely answering the question ‘is it possible to be so annoying you stop being hot?’”

6. The Atlantic: SLACKERS OF THE WORLD, UNITE!

I hate Slack. I’ve always freelanced and didn’t use Slack until grad school. In school, my department used it to communicate and to share resources and information about meetings. It was also one of the most toxic spaces I’ve ever experienced. The channels I was part of went unmoderated, and people were attacked and blackmailed without repercussions.

Meant to increase productivity, “Slack is the cubicle, the boardroom, the hallway, the watercooler, and the bar. It’s where you talk about your performance with your manager, and where you then talk about your manager with your friends. It’s where you flirt; where you joke around; where you complain; where you, in some sense, live,” and it “is more akin to social media than email.” In the app, people can make channels for affinity groups such as employees that are Black, have children, or identify as LGBTQ+. It is a space where “everyone has the same size megaphone, regardless of hierarchy or chain of command. And between the jokes and the special channels and the spontaneity and the freewheeling way of talking to your colleagues—who are also kind of your friends—it encourages a type of personal expression that is new to the American workplace.”

Now, companies are banning certain Slack channels that they find threatening, as its “inherent flatness means that anyone can emerge as a leader. In fact, the most influential person on Slack is almost never the boss,” and it is radically changing office culture and dynamics. I understand why some people like it, but I will never willingly use the app again.

7. Real Life: The Great Beyond

I have a slight obsession with making wills. My parents don’t have a will, and I can hardly get through a conversation with them without pestering them about what might happen to their assets after death. They are not a fan of this obsession.

I don’t have any assets, but I often think about what will happen to my digital devices and online footprint after I die. Every year or so, I go through my accounts, deleting old posts and fussing with the privacy settings. I think about whether I want my accounts deleted after death, or who I’d want in control of them.

Across social media platforms, more and more profiles belong to users that have died. It is estimated “that by 2100, the dead will outnumber the living on Facebook.” Online “​​profiles from the living and the dead co-exist in the same space and are subject to the same temporal distortions, toward something more public, continuous, and socially oriented.” It is changing the way we grieve. “Growing paranormalsociality only deepens our psychological and emotional entrenchment with these platforms, making it increasingly impossible to opt out. We are now inextricably bound even beyond death do us part, and any reckoning with social media platforms must delve into these layers.”

8. Vice: The Death of Ronald McDonald

I recently thought about how I hadn’t seen Ronald McDonald in a while, but didn’t think much of it. Other people have noticed his absence, and apparently he hasn’t been used in a UK ad since 2014. “In 2016, McDonald’s announced that Ronald would be taking a step back because of that year’s global creepy clown sightings, with two Coventry clowns even chasing children across a park.”

Personally, I always found Mr. McDonald and his crew creepy and don’t miss him.

9. Bon Appétit: I Was a Lifelong Vegetarian. I Decided to Taste What I Was Missing

I haven’t followed Bon Appétit since the catastrophe of 2020, but this essay came across one of my feeds and it is amazing. Sincere and humorous, lifelong vegetarian Rajesh Parameswaran recalls the first time he tasted beef. While in Argentina working on a novel, Parameswaran devised a plan: “I would invite an acquaintance out for a meal. She would order a steak, I would order a vegetarian pasta or a salad, and she would give me just one bite of her food. And then I would finally know what meat was.”

His first taste didn’t count because he went to the wrong restaurant with the wrong person. But the second time (his real first time) he “invited Pola Oloixarac, a brilliant, enthusiastic, and somewhat dramatic Argentine writer. We’d go to lunch at one of the best parillas in Buenos Aires on my last day of the trip.” At the first taste, “the word delicacy flashed through my mind, and it had new meaning now. Here was something truly delicate and rare. Here was a great delicacy.”

The meal didn’t go as planned, and Parameswaran had more than one small bite of meat, and he “kept eating everything, because I was amazed by the food, and felt some responsibility to the cow—half of which, virtually, had been served to us (there was also pig, I realized later; the morcillas are made from pig)—to not waste a bit of its sacrifice.”

Toronto restaurateurs Peter Tsebelis and Gus Giazitzidis accumulated $35 million in debt. Generally, “there are two kinds of restaurant owner. The first is the small-time maker: the chef or front-of-house pro or humble entrepreneur who wants to do what they love and earn a decent living, preferably with one or two locations at most. The other kind of restaurateur is the builder at heart—the would-be titans of multi-location brands . . . The best builder-at-heart brands become big enough in time to fund their own growth, scaling ad infinitum on arcs of pure success.” Tsebelis and Giazitzidis were the latter, and signed a contract with a private equity firm with “80 pages of terms and covenants” and an interest rate of 12 percent per year.

This story is wild and I have no sympathy for Tsebelis or Giabzitizidis, only the people they hurt—which were many, they stiffed a lot of people.