The Internet Is Exploding: 10 Must-Read Articles This Week 11/14 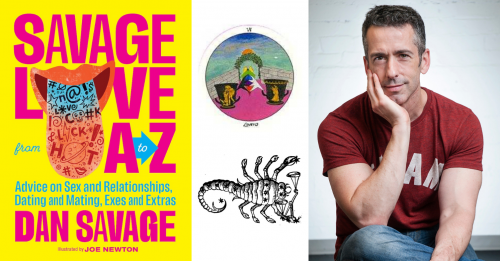 Litscope: Scorpio & ‘Savage Love from A to Z’ 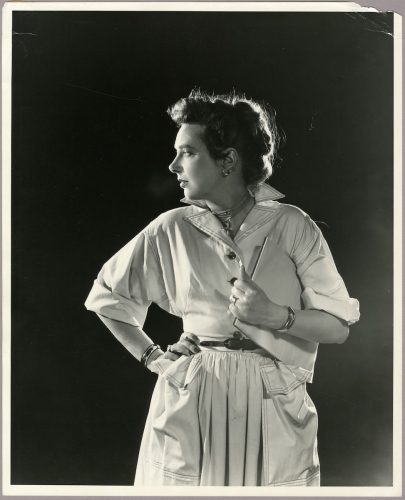 1. Smithsonian Magazine: An Extraordinary 500-Year-Old Shipwreck Is Rewriting the History of the Age of Discovery

I really felt like I was reading a whole history of Frozen when reading this. In the Baltic Sea, archaeologists have just begun researching “Gribshunden, a spectacular ‘floating castle’ that served as the royal flagship of King Hans of Denmark more than 500 years ago.”

As shipwrecks from this period are rare, researching Gribshunden offers “an unprecedented look at the life of a medieval king who was said to travel with an abundance of royal possessions, not only food and clothing but weapons, tools, textiles, documents and precious treasures. More than that, the relic provides a unique opportunity to examine a state-of-the-art warship from a little-understood period, when a revolution in shipbuilding and naval warfare was reshaping geopolitics and transforming civilization.” As described by Johan Rönnby, who is quoted in this article, ships like Gribshunden “allowed for ‘a new globalization through colonization and exploitation.’”

2. Tampa Bay Times: Where is the Mystery Monkey of Tampa Bay?

My mind was absolutely blown by this story (and I feel kind of dumb for that). I don’t know why it never occurred to me that there are feral monkey populations in Florida and other southern states. (I’m not sure the use of feral is technically accurate but it feels accurate.) One monkey, who came to be known as Cornelius, became famous as he “made his way through Hudson, Temple Terrace, Town ‘N Country, Clearwater, Gulfport and St. Petersburg.” After capture, Cornelius moved to Wild Things Zoo, which is where this story really takes off, including mention of Joe Exotic.

The owner of the zoo, Kathy Stearns, is currently “serving five years’ probation on fraud charges. She pleaded guilty to using zoo donations to pay for a personal bankruptcy. The Florida Department of Agriculture also is suing Stearns, claiming she spent donations on a family wedding.” Through a series of events and federal seizures, the exact location of Cornelius is still unknown. But “based on past estimates, Cornelius would now be in his 20s. Rhesus macaques can live 30, maybe even 40 years. He’s likely still alive.”

My father has always refused to buy organic produce. He is trained as an agricultural economist, and whenever my sister and I questioned him about this militancy growing up he simply exclaimed that “most organic produce isn’t organic.” My father never contested the benefits of organic food, he just never trusts that anything labeled organic is actually organic.

In the US, certification is required to sell something as organic, but “testing for residues is not common in American organic regulation.” In certain conditions, non-organic pesticides are also allowed to be used on certified organic crops to save a yield. Thus, “the test, at the point of sale, is merely a question: Was this grown organically? That’s not like asking if a cup of coffee is decaffeinated. It’s more like buying sports memorabilia—is this really the ball?—or like trying to establish if a used car has had more than a single, careful owner.”

For years, Randy Constant “pass[ed] off non-organic grain as organic grain. The scheme, in which at least half a dozen associates were involved, is the largest-known fraud in the history of American organic agriculture: prosecutors accused him of causing customers to spend at least a quarter of a billion dollars on products falsely labelled with organic seals.”

Mayukh Sen’s new book, Taste Makers: Seven Immigrant Women Who Revolutionized Food in America, explores food as a means to construct identity, and “explores why the stories of these women and their achievements to the American culinary world have largely fallen under the radar and what this says about the industry’s marginalization.”

The book contains few recipes, and instead focuses on how these women contended with the white food establishment. Through the book, Sen aims to challenge the mainstream talking point of America as a “melting pot,” as this perspective “more often than not centers a white middle- to upper-middle class consumer and it [de-centers] the people who are actually making the food—those who labor to make that reality possible for many consumers.”

Kim Green and Chantha Nguon are working together on Nguon’s memoir Slow Noodles: Recipes for Rebuilding a Lost Civilization. In this essay, the authors write about Nguon’s childhood in Cambodia, escaping to Vietnam, Pol Pot and The Khmer Rouge regime, and surviving the Cambodian genocide. With lush memories of her mother’s cooking and through Nguon’s family history, the authors trace how “Softness is not immutable, but it does not disappear all at once; it slips away slowly. You might not even notice its disappearance at first.”

Some of the recipes here are from Nguon’s mother, Mae, while one for changing cotton to a diamond calls for “a pampered little girl / 2 communist revolutions / 2 civil wars / 1 genocide,” directing the maker to “Take a well-fed nine-year-old with a big family and a fancy French-Catholic-school education. Fold in 2 revolutions, 2 civil wars, and 1 wholesale extermination. Separate her from home, country, and a reliable source of food.

Slowly subtract small luxuries, life savings, and family members until all are gone. Shave down childhood dreams until only subsistence remains.”

Oxford American released the covers for its annual music issue. Tina Turner and Aretha Franklin are featured on the issue’s two covers in celebration of “the musical legacy of the Great Migration, tracing the movement of Southern sound to every corner of our nation and beyond.” Maureen Mahon and Zandria F. Robinson wrote feature stories on Turner and Franklin, respectively.

The rest of the “impressive lineup of contributors includes composer Terence Blanchard, who traces the Southern roots of Chicago-born Quincy Jones’s prolific production across an epic sixty-year career. Joi Elaine Gilliam reflects on her fiftieth birthday and her nearly three decades of contributions to the Atlanta music scene, which would dominate American pop by the late Nineties. The innovative recording artist Big Freedia writes a history of bounce and its spread from New Orleans to Houston and beyond. And a selection of featured images from the archive of Kwame Brathwaite tells a visual story of jazz and soul music through majestic performance portraits of Miles Davis, Max Roach, Nina Simone, and more.”

Although not released until December, I am HIGHLY excited for this issue, and it is making quite the buzz online.

7. Associated Press: 70 minutes at Astroworld: A countdown to catastrophe

Travis Scott’s performance at Astroworld, a festival the Houston rapper founded, ended in tragedy last Friday. A total of nine people died from injuries sustained in the event, and many more were injured. Scott is known for energetic concerts, and his “fans are dubbed ‘ragers’ and are expected to be in constant motion at a show. The rapper, who dreamed of being a wrestler as a child and has said he wants his shows to resemble WWF matches, cheers chaos from the stage and stirs up frantic energy.”

There are videos of people trying to alert camerapeople that people were injured or dead, pleading for the show to stop, but there are still conflicting reports of whether Scott could see these pleas for help. However, “as Scott sang from the platform, security guards were seen responding in the crowd, saying ‘He’s not having a pulse’ and ‘There’s like four people out here without a pulse.’ Police say the festival’s promoter, Live Nation, agreed to cut the show short around this time. Inexplicably, though, the concert continued.”

8. Democracy Now!: White Supremacy on Trial: From Rittenhouse in Kenosha to Killers of Ahmaud Arbery, Will They Go Free?

Kyle Rittenhouse is on trial for “homicide and weapons charges for fatally shooting two people and wounding a third during protests over the police shooting of Jacob Blake in 2020” in Kenosha, Wisconsin. On Wednesday, in his ongoing trial, Rittenhouse took to the stand to testify, breaking down in tears. Rittenhouse “admitted to using deadly force but claimed self-defense and denied intending to kill his victims during cross-examination from prosecutor Thomas Binger.”

All week, Judge Bruce Schroeder has made headlines as he has shown a clear bias in favor of Rittenhouse. “When the prosecution tried to show video evidence of Rittenhouse fatally shooting his first victim, the judge appeared to support the defense’s attempt to stop him using a pinch and zoom function, claiming it could insert additional pixels.” Further, the prosecution was not allowed to call Rittenhouse’s victims “victims,” and “the judge’s cellphone went off while the court was in session and played a ringtone for the song ‘God Bless the U.S.A.’ by Lee Greenwood, which is the opening song played at Donald Trump’s rallies,” amongst other transgressions.

As Elie Mystal explains of these transgressions, “each one perhaps may be individually defensible, but, in totality, lead to the impression of a biased, racist judge, with his Trump rally cellphone, that is trying to get Rittenhouse a walk.”

9. Salon: It’s not just United Airlines: Commercial air travel is cruel towards those with disabilities

Disability rights advocate Engracia Figueroa died on October 31 “after United Airlines workers accidentally damaged her specialized wheelchair.” Figueroa had a custom wheelchair due to “a spinal injury and leg amputation.” United Airlines initially refused to replace her custom chair, instead providing a standard wheelchair at the airport; they continued to refuse for months after they broke her chair.

Her airport wait “led to an acutely painful pressure sore for which she had to be hospitalized,” and the months of using a standard chair while fighting for a specialized replacement “exacerbated her pressure sore and led to an infection that spread to her hip bone, eventually leading to her death.” Airlines losing or damaging life-sustaining equipment is all too common, and “a report in June found that airlines have lost or damaged more than 15,000 wheelchairs since late 2018.”

10. The Atlantic: The Problem With Emily Ratajkowski’s My Body

Model Emily Ratajkowski’s book, My Body, came out to rather critical reviews. The book “sits in this liminal space between reappraisal and self-defense. It’s a fascinating work: insightful, maddening, frank, strikingly solipsistic,” writes Sophie Gilbert. “Writing, for Ratajkowski, seems to let her assert the fullness of her personhood and interiority, a rejection of the world’s determination to make her an object. But the narrowness of her focus—her physical self, essentially, and everything it’s meant for her—is limiting. Even her title, My Body, suggests conflicting things: ownership and depersonalization. What do you do when the subject you know best, the topic upon which you are the ultimate authority, is the same trap you’re trying to write your way out of?”

Gilbert is not alone in this as others (from different points of the political spectrum) have observed Ratajkowski’s complicity in the same system she is critiquing. Of this, Gilbert notes that “burning down a house that you are still very much inside is hard, which is maybe why so much of the rest of My Body feels impotent. It’s less a rallying cry for structural change than a dispassionate series of observations by someone who still sees themselves primarily as a commodity. Its tone is measured and numb.” 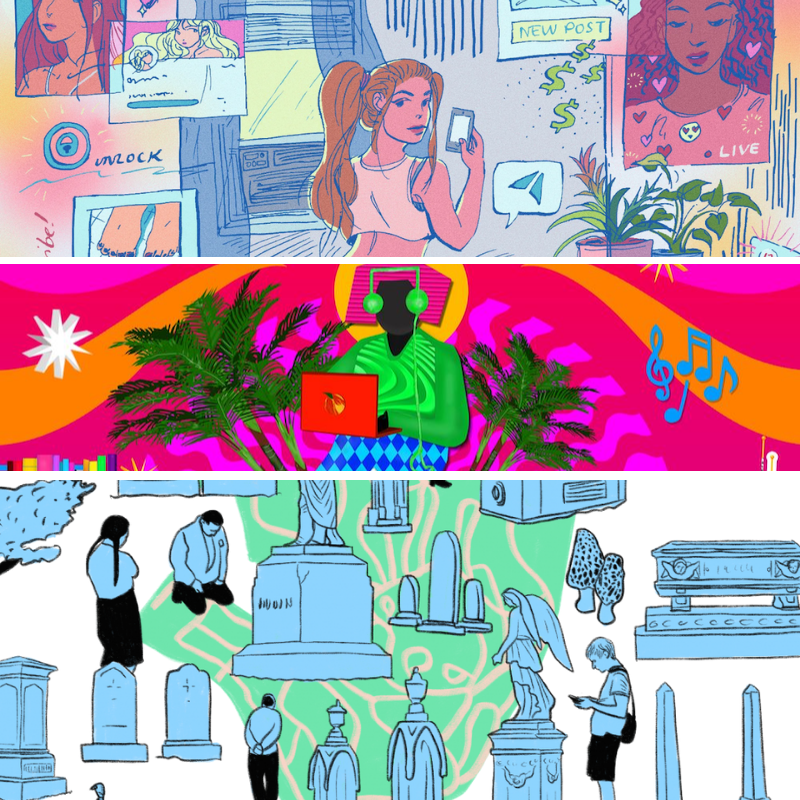