The Internet Is Exploding: 10 Must-Read Articles This Week 11/28 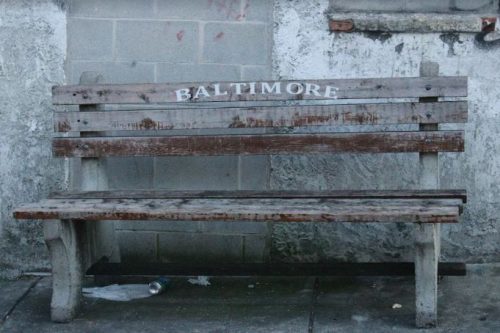 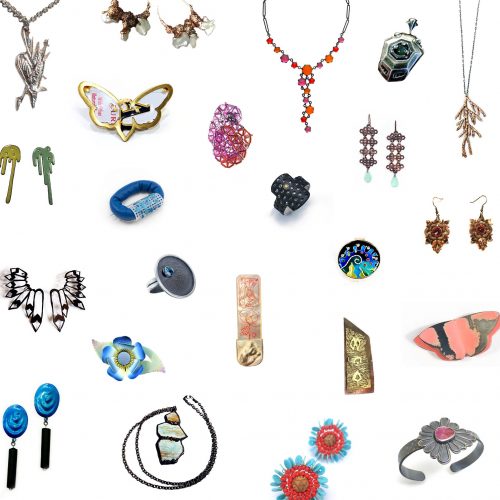 The internet gave me a lot to think about this week. Highlights: The elephant that might be a person, blue whales, the history and evolution of funerals, Justin Timberlake deserves to stub his toe, Ahmaud Arbery, Elizabeth Bishop, the history of sweet potatoes, Sufjan Stevens, Kevin Durant, and the National Dog Show.

This week I will be in Miami at Art Basel, and won’t have much time to visit the internet. I will be back in two weeks. If you see me in Miami, say hi!

1. The Atlantic: The Elephant Who Could be a Person

This was one of the most engaging stories I’ve read in a long time. Over the past few weeks, I’ve found myself reading more and more stories about animals and conservation. Happy, an elephant, “was born in Thailand during the Vietnam War. Very soon after that, a tousle-haired baby, she became trapped in human history. She was captured, locked in a cage, trucked to the coast, and loaded onto a roaring 747 that soared across the Pacific until it made landfall in the United States.” Happy moved around the US until, in 1977, she was moved to the Bronx Zoo where she has lived ever since.

In 2022, “the New York Court of Appeals will hear oral arguments regarding a petition of habeas corpus that alleges that Happy’s detention is unlawful because, under U.S. law, she is a person. She is also an elephant.” This case has major consequences, and “in an age of mass extinction and climate catastrophe, the questions it raises, about the relationship between humans, animals, and the natural world, concern the future of life on Earth, questions that much existing law is catastrophically ill-equipped to address.”

I used to want to be a marine biologist. I read books about whales and other marine mammals, memorizing countless facts—many of which I can still recount today. In all of my elementary research, I never learned that “in the 20th century whale oil was used to make margarine, so most people born before the mid-60s have eaten blue whale.”

It is currently estimated that there are between 5,000 and 15,000 blue whales in the world—a mere fraction of the 350,000 that once roamed the seas. In 1982, the majority of the world decided to stop whaling because of an International Whaling Commission moratorium. In this decision “humanity deliberately and knowingly acted against its own material interests. The planet’s dominant species was in control of a useful and profitable asset that had been exploited for many years. Then, all at once, they – we – decided to stop doing so.” Considered an endangered species, the blue whale’s “continued existence is down to human choice. Blue whales represent our decisions about the sort of planet we choose to live on and the kind of species we want to be.”

3. Mic: “I feel like a survivor”: Inside the Funeral Industry’s 2021 National Convention

Over the past year, I’ve increasingly thought about death and death traditions. Largely, this is due to one of my good friend’s own fascinations with the subject. The more I talk to this friend, the more I consider the kinds of funeral arrangements I want for myself.

The National Funeral Directors Association’s conference is one of the largest gatherings of funeral service providers in the country. Since their last conference in 2019, “many have had the single busiest stretch of their careers, caring for the more than 760,000 Americans who have died of COVID — on top of the expected deaths from cancer, heart disease, and old age.”

Eleanor Cummins attended this year’s conference in Nashville, and in this piece she writes of the history of the profession and meditates on its future evolutions.

Justin Timberlake deserves to “stub his toe on the corner cabinet every other night.”

Timberlake has long remained “an untouchable golden boy.” In the early 2000s, Timberlake skated through—even excelled—through controversies. Most notably, when Timberlake “admitted to having sex with Britney, it was a significant blow to Spears’ brand; at the time, she had told the press she wanted to try to remain celibate until marriage,” and when he “grabbed Janet Jackson’s chest at the 2004 Super Bowl halftime show—a stunt that was supposed to reveal red fabric and accidentally revealed her breast instead—he was able to return to the limelight unscathed.”

Timberlake is receiving more attention recently, in no small part due to the New York Times documentary Framing Brittany and a new one on Janet Jackson released Friday. “The new reckoning around him feels like a cultural exorcism, a chance to use the boy band vessel to purge ourselves of the evils he now represents to many. But behind the scenes, he was at once a canny self-marketer and a blank, withholding presence at the hub of conflict, surrounded by publicists and media and managers who were crafting his image, too. Timberlake has become the perfect emblem of a bygone era that rewarded guys exactly like him—until it didn’t.”

This week was hard for a lot of reasons—not least of which included walking around (the white parts of) Brooklyn and overhearing what felt like every white person I passed aggressively discussing their disgust at the outcome of Kyle Rittenhouse’s trial.

Apart from reading a few headlines on Twitter, I haven’t had the capacity to follow the trial of Travis McMichael, Gregory McMichael, and William “Roddie” Bryan, who on Wednesday were convicted of murdering Ahmaud Arbery. I’ve yet to be able to work my way through this whole piece, and, instead, find myself reading a few paragraphs at a time.

Mitchell S. Jackson expands upon his 2020 article, “Twelve Minutes and A Life,” which articulates “how running fails Black America.” Here, Jackson questions the point of a trial, and how “the freedom to run is in part chicanery on account of Black skin having been cited over and over and over as probable cause for people who believe they are white (or close enough to it to reap its hegemonic yields) to limit our freedom, to restrict our possibilities, and the most extreme cases, to kill us with impunity.”

6. The Paris Review: New, Tender, Quick: A Visit to the Elizabeth Bishop House

Edgar Allan Poe & the Juke-Box, a collection of Elizabeth Bishop’s unpublished works and manuscripts, is one of the few books I carry with me every time I move. Bishop’s writing is steady and deliberate, yet frequently concerned with travel and movement—both literally and metaphorically—and change. Even though I haven’t had time to read Bishop’s work in months, its physical presence in my life always provides a sense of stability.

7. The Ringer: The Deep and Twisted Roots of the American Yam

I can never quite remember the difference between a yam and a sweet potato. Every so often, I randomly consider the difference between the tubers, and find myself searching for it on Wikipedia. “The true yam, the original yam, is from West Africa… A West African yam can grow to the size of an arm or a leg. It is earthen and hairy, like an elephant or a rhino, and tastes kind of like a russet potato with a far more fibrous consistency. It is white, not orange, on the inside, and it cannot grow in non-tropical climates. There is nothing sweet about it. And yet whenever anyone in my family sees a steaming sweet potato—all orange insides and bubbling sugar—the word that almost always comes out of our mouths is ‘yam.’”

“Yam” has an ambiguous linguistic history, and “the only certainty is that ‘yam,’ a term that was spawned as a tumor of European exploitation, spread from the tuber of West Africa to the sweet potato of the Americas in conjunction with the birth and expansion of the slave trade.”

The history of the cultivation and popularization of sweet potatoes is just as fascinating as the word “yam.” The sweet potato is perplexing: “It arrived a few thousand years ago from South or Central America. The type that grows below the equator is the closest untamed relative to those we eat today. What’s strange—and scientists don’t have an answer for this—is that somehow the common sweet potato also has been present on many Pacific islands for longer than humans have been able to cross oceans.”

Sometimes when I miss the midwest, I listen to Sufjan Stevens. References to the midwest are strewn throughout Stevens’ catalogue. But more than making those explicit references, Stevens is “an architect of delicate sounds that can swell into roaring tides,” writes JB Bergin, and his music engenders for me the feeling of standing on the shore.

9. BET: Kevin Durant Has Had Enough Of People Clowning His Extra Ashy Leg

I can only hope that’s Saran Wrap. pic.twitter.com/9vyy3xYbkS

LMFAOOOOOO!!!! Brooklyn Nets star Kevin Durant’s legs went viral for being “in dire need of moisturizer.” On his podcast, Durant’s former teammate, Draymond Green, compared his legs to “fucking scales. It looked like you could fucking skin him like an alligator and take it to the store and sell it.”

Durant seemingly hasn’t even denied the ashy-ness of his legs, tweeting that “I’m bouta pull my ‘y’all broke’ card in a second. Fuck y’all.” This, however, just led to more joking questions as to why he doesn’t have lotion if he is worth millions. “Kevin Durant getting slandered for being extremely ashy is what Twitter was made for.”

During the early parts of the pandemic, I used to stay up—sometimes until 3 a.m.—watching videos of old dog shows. I would pause the shows to research breeds I was less familiar with, and spending hours watching was comforting in that oftentimes I’d already googled who won.

I didn’t get a chance to watch the National Dog Show on Thursday and have instead spent the past few days catching up. (Spoiler: the Scottish Deerhound won and she is BEAUTIFUL.)