The Internet Is Exploding: 10 Must-Read Articles This Week 4/24 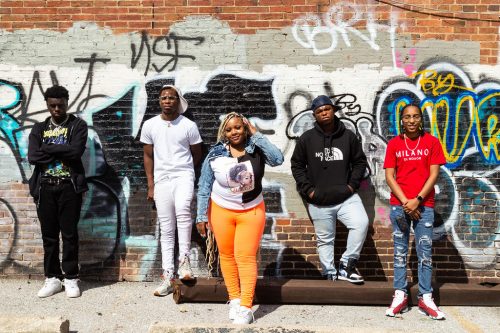 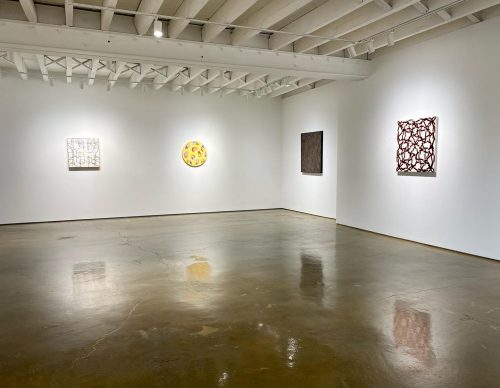 Hues and the Abstract Truths

The internet felt random this week, but it was interesting. Highlights: Funk and environmentalism, understanding pain, 13 years of Longreads, vending machines, video games, BTS, unmasking on planes, Johnny Depp and Amber Heard, the air fryer, and do not charge your friends for dinner.

1. Harper’s Bazaar: Funk Music Taught Me How to Be an Environmentalist

Hurricane Ida ravaged Louisiana when it made landfall in August 2021. When driving through Ida’s aftermath, Ko Bragg began to realize the connections between the fuck music of her childhood and her environmentalist politics today. Bragg writes of how “funk and soul artists marked nature as precious, worth preserving, like the way falling in love can make you wish you could slow down time, bottle it up. Except funk and soul music were not about restraint or borders by any means. The two genres ushered in a new style, a freer, less rigid way of expression in terms of sound… funk and soul mirror the wild freedom of an overgrown meadow, the kind that thrives when humans don’t interfere, pillage, destroy.”

Funk is not only deeply intertwined with nature, but also with love. During her drive, Bragg listened to “Stevie Wonder’s Songs in the Key of Life, a two-disc album once permanently housed inside my mom’s pride and joy.” Funk music warns about what happens if we destroy the environment, and “Wonder, like his contemporaries, also warn[s] about what would happen if we destroyed love.” Bragg “can only hope we listen.”

2. Literary Hub: What Does It Mean to Understand Pain?

Haider Warraich is both a researcher and clinician of pain, and someone who experiences it chronically. In this excerpt from his book, The Song of Our Scars: The Untold Story of Pain, Warraich writes of our long quest to understand pain, and how much is still unknown. What is known is that “most chronic pain is not just a physical sensation. To our nervous system, chronic pain is most often akin to an emotion we feel in a part of our body, an overlearned traumatic memory that keeps ricocheting around in our brains, often long after the injury it rehearses has fully healed. Unlike acute pain, which ascends up the spinal cord to the brain from a nick on the shin or a frayed nerve in the foot, chronic pain descends down from the brain, often with no need for an incitement from below.”

There are lots of things we can learn in understanding pain: “To understand pain is to know the human body and the human mind and how they are interweaved. It is the strongest riposte to how clinical medicine artificially divides them.” Perhaps “recognizing the many layers of pain and how we respond to the agony of others could lay the foundation for a just and equitable society.”

Longreads is one of the best online sources of longform journalism and writing. In addition to posting stories from other publications, Longreads also publishes original content. “This special reading list and Weekly Top 5 edition, we’ve selected our 10 favorite original stories published on Longreads over the past eight years” in celebration of its 13th anniversary.

4. The Guardian: A day in the life of (almost) every vending machine in the world

I love reading articles about ubiquitous everyday things that I’ve never thought about. Tom Lamont has “been a steady and unquestioning patron” of vending machines for decades. “With their backs against the wall of everyday existence, they tempt out such a peculiar range of emotions, from relief to frustration, condescension to childish glee,” writes Lamont.

Since the 1850s when the first vending machines sold stamps, what vending machines dispense has greatly expanded. Today you can get everything from a hot meal, to masks, to medicine from the machines. The business is contentious, however, and “every vending machine is a battleground. Profits are ruthlessly haggled over. Competition for spots is intense. Broadly speaking, the vending game is built on deals between operators (who own machines and have the skills to install them, fix them, constantly fill them with fats and sugars) and site owners (who have the rights to advantageous pieces of land).”

Reading this honestly made me want to patronize the machines more often.

5. The Guardian: Shoot em up! How TV fell in love with video games

I mindlessly watch a lot of TV, but I don’t play video games. Over the past year, I have spent more time with people who play and watch people play video games. More and more video games are being turned into successful TV shows—something that failed in early attempts in the 1990s. Many of these shows are not targeted to children and teens, but adults who grew up playing the games. Now, “the first generations that grew up with games are now in their 40s and 50s and have aged into power: speaking to people in the TV and games industries, it is clear the writers and directors of these new shows are people who actually play games, and genuinely love the source material.”

Writing for a contained narrative arc, like in a TV episode or movie, is different from the expanse of a video game, and “the challenge now for people making shows based on games is not to wring a good script out of paper-thin plots; it’s to honour the genuine emotional connection players feel when they’re in a character’s shoes, with a gamepad in their hands.”

6. BuzzFeed: I Thought BTS Was Just Fine Until I Saw Them Live

Scaachi Koul is consistently one of the funniest critics out there, but her review of a BTS concert is particularly funny. Like Koul, I didn’t know much about BTS and thought the few songs I’ve heard are “fine, but otherwise didn’t really get the appeal. Why, for example, are there seven members of BTS? Do we really need all of them?” After seeing them in concert with her niece and sister-in-law, however, Koul’s life changed, and “somehow, after just hearing the first verse and chorus of every song, I knew every song by heart.” The experience was “everything a show needed to be. They sang live, danced with their entire butts (I can say that, these are adult men), and when they winked, I tittered nervously as if it was just for me. The performance was shamelessly horny, not just for the female gaze, but for any gaze at all. And god almighty, was I gazing.”

7. The Atlantic: The Uncanny Feeling of Mid-flight Unmasking Videos

I woke up on Tuesday morning to my Twitter timeline filled with videos of people taking their masks off mid-flight. On “Monday night, following a U.S. district court ruling, the White House announced that TSA would no longer enforce the federal mask mandate inside airports and on flights.” Across social media, Charlie Warzel writes, the ruling was divisive with “its own cringey nomenclature—Covidians versus Coviditiots. Covidians are uncharitably framed as not just overly cautious but also as people who seem to enjoy COVID restrictions. They’re painted as miserable scolds, trapping the rest of America in an isolated, masked future. The Covidiots can occupy a broad category that includes everyone from the reckless anti-vaxxers to those who now dine indoors or work in offices without masks. They are portrayed as not just selfish, but, in extreme cases, as pro-virus.”

As Warzel points out here, the reality isn’t that simple. The online discourse largely left out a certain concern for workers. Warzel flew on Tuesday a few hours after the ban was lifted. In his experience, “the enthusiasm, as I saw it, felt logistical—[flight attendants] seemed thrilled to no longer have to enforce mask wearing in the cabin, as they’ve been doing for almost two years. As I deplaned, a flight attendant confirmed my hunch, telling me that it was a great relief to no longer have to police noncompliant and even hostile passengers at 30,000 feet.”

People’s reactions to the lift of the ban are exemplary of how “we continue to—rightly at times, and wrongly at others—direct ire at individuals instead of addressing the larger collective issues. And sometimes we blame the flight attendants instead of focusing on the politicians, propagandists, and policymakers, because it’s easy and because it gives us a feeling of agency in a situation where we usually have very little.”

The defamation suit hearing between Johnny Depp and Amber Heard began this week. Depp initially sued his ex-wife, Heard, for defamation over an op-ed she wrote in The Washington Post in 2018 in which she described being a survivor of domestic abuse. Heard then countersued Depp.

9. The New York Times: How the Air Fryer Crisped Its Way Into America’s Heart

Most people I know have an air fryer. One of my friends got one a few months ago and she basically uses it to cook everything now. I have another friend who was an early evangelist of the countertop kitchen appliance who is still appalled that I don’t have one of my own.

Fred van der Weij began developing the appliance in 2005 when he “was just looking for a way to crisp a French fry without deep-frying.” Produced by Phillips, the first air fryer “was introduced in 2010 at the Internationale Funkausstellung, a major consumer electronics fair in Berlin. It combined close-range radiation and increased air flow to better heat the food’s surface.” Since then, many companies have developed their own air fryer, and have incorporated the technology into other appliances such as ovens.

Now, the air fryer is one of the most popular countertop appliances, and “social-media influencers, especially on TikTok, have made careers out of sharing new recipes and unexpected uses.” I personally do not think I will buy one, but I do go over to friends’ houses just to use theirs.

10. LA Times: Should you charge friends to eat at your place? We investigate

I find the pretense of this article to be rather annoying because the answer seems straightforward to me, but this question has been floating around social media for months! People have shared stories about “parties where guests had to cough up $5 to use the bathroom, or $400 just to attend. There was pizza at the ‘multimillion-dollar new home in the suburbs’ for which the guest received a payment request. There was the baby shower planned by friends who later emailed the guest of honor a bill for the event; the BBQ given by wealthy pals who asked for money when the guest departed.” To me, it is extremely rude for the host to ask for payment after the event instead of clearly articulating that as an expectation from the beginning.

It is honestly wild to me that an article like this even needs to exist. Personally, if I’m having people over for dinner and I know it is going to be costly, I usually ask my friends to bring over something specific such as wine or a particular ingredient. Likewise, if I’m going to someone’s for dinner I offer to bring something as an act of reciprocity. If someone asks me to pay after the meal I’m probably going to decline. The least they could have done is ask to me to chip in when they got back from the store.