The Internet is Exploding: 10 Must-Read Articles This Week 5/15 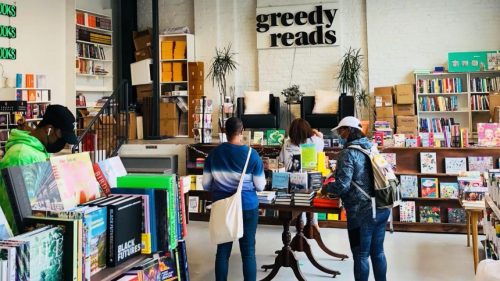 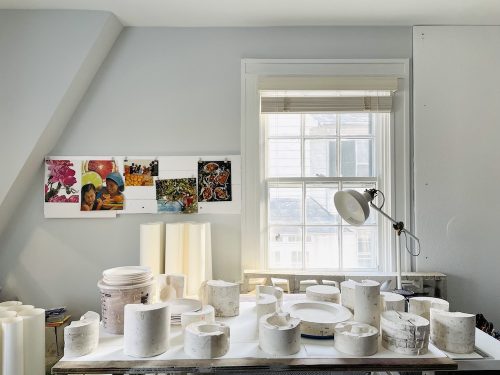 On the Professionalization of Art

Al Jazeera journalist Shireen Abu Akleh was killed by Israeli forces while wearing a helmet and bulletproof vest with the word “press” clearly visible. She was “covering an Israeli raid on the Jenin refugee camp.” Israeli police also attacked the processional of the Palestinian American journalist, forcing mourners “to place the casket inside a car to be transported to a church for the services.”

WNBA Star Brittney Griner has been detained in Russia for months after Russian authorities allegedly found hash oil in her luggage. Griner had a brief trial this week, and her detainment was extended another week. While initially not classified as being wrongfully detained, “the U.S. State Department said last week that it now regards Griner as wrongfully detained, a change in classification that suggests the U.S. government will be more active in trying to secure her release even while the legal case plays out.”

This is a devastating situation and I hope she gets released soon.

For years, my friends have tried to get me to listen to podcasts, but I didn’t start until I started driving in 2020. Over the past year, I’ve taken more cross-country road trips where I often binge-listen to podcasts. This started with Tea with Queen and J, who then got me interested in QueerWoc the Podcast, who then—along with the perpetual insistence of a friend—led me to Inner Hoe Uprising.

I’ve binged this podcast this week, and I’m honestly frustrated with myself for how long it’s taken me to get into podcasts! “A smart & funny podcast about sex, love, and dating from 4 black feminist 20 somethings living in NYC,” I’ve learned a lot about so much this week, including the city I now live in, New York.

Leslie Jamison explores her relationship to daydreaming in this essay, both her sweet fantasies and the “bold plotlines of dark daydreams, the danger is entirely external.” For her, this “daydreaming habit tethers an impulse to its punishment: boundless freedom alongside the shame of wanting this freedom. I force myself to go hours without a fantasy, then finally indulge one, tip into its soft unmade bed; then force myself out of bed again, back to the work of the real.” It is a confluence of “Restraint. Indulgence. Punishment.”

5. The New Atlantis: Therapy Beyond Good and Evil

This article left me with a lot to think about. James Mumford asserts that “nonjudgmental psychology is failing patients who need to hear hard truths,” in this essay on bipolar disorder and mental health.

“I think the psychologists are up to more than suspending judgment,” Mumford continues. “I think they really believe they’ve got straight on what is and is not the case in the world, that they’ve really uncovered the truth of the matter, which is that there are no moral facts, that good and evil are not part of the fabric of the world. This is not just wariness on psychology’s part. It’s radical skepticism. The idea that ‘we as therapists shouldn’t talk about right and wrong’ has become the very different idea that there is no right and wrong in the first place.”

6. The Atlantic: They Called her ‘Black Jet’

Sixteen years after Emmett Till was lynched, Joetha Collier was murdered in Mississippi, not far from where Till was slain. Joetha was killed outside of her high school graduation celebration when a car with three drunken white men fired one shot from a pistol, hitting her neck. There has never been a clear motive for the drive-by.

At the time, and today, Joetha’s death didn’t receive the same national attention as Till’s. Historian Keisha N. Blain speculates that “Joetha’s story has also been forgotten because it troubles our collective historical memory. The case challenges the triumphant narratives we often tell about the civil-rights movement: how activists across the nation worked together with public officials to topple Jim Crow and bring an end to an era of racial injustice.”

In the final regular edition of their print paper, Washington City Paper editor Caroline Jones and the staff share “stories from the extended network of people who honed their skills by covering community meetings or entering event listings and forged friendships over cheap beer and Cheez-Its. Those relationships and the respect for one another kept City Paper going through 41 years of late nights, periods of financial instability, and fears over getting everything right.”

Although this is their last print edition, “Washington City Paper will still be around, albeit in digital formats and with a smaller staff. And we will still do our damnedest to get it right.”

8. GQ: In the Court of the Liver King

Before even reading Madeleine Aggeler’s profile of influencer and fitness bro Brian Johnson, I read Peter Rubin’s summary in Longreads and was absolutely gobsmacked. Rarely clothed, Johnson, known to legions of internet fans as The Liver King, attests “that the modern world has made men unconscionably soft, and that the only way to fight back is by living more like our earliest, most-jacked ancestors. The way to accomplish this, according to the Liver King, is by following his nine ‘ancestral tenets’ (sleep, eat, move, shield, connect, cold, sun, fight, bond), doing the most brutal workouts imaginable, and, above all, eating more raw liver—the nutrient-dense meat favored by, as his website puts it, ‘lions, great whites, and other wild alpha organisms.’”

Rubin was correct in that I left “feeling sorry for his poor kids, sparring in their mansion’s living room and taking a fork to pigs’ heads in some Lord of the Flies fever dream of prepubescence” and “if a magazine is going to give multiple pages to a bearded madman and his paleolithic worldview, you could do a lot worse than this vivid (but still humanizing) portrait.” I, however, was not convinced of the need to eat raw liver.

9. Vox: Why baby formula is in short supply — and who is most at risk

Across the country, there is a shortage of baby formula. As is often the case, the shortage will “fall hardest on people with complex medical conditions and people who are socioeconomically disadvantaged.” In February, “an Abbott factory that produces much of the Similac formula, as well as several other brands, for the US market” halted production due to “consumer complaints about contaminated formula that was linked to two infant deaths. As of mid-May, it’s still not up and running again.” The problem is exacerbated due to supply-chain issues caused by the pandemic and the US’s restrictive importation laws, leaving many families worried about how they will feed their children.

10. The Verge: The iPod made the iPhone possible

I feel like a part of my childhood and adolescence is dying. Earlier this week, Apple announced that it is discontinuing its iPod products. A seminal product for Apple, the iPod “helped define the company we know today — and was a big factor in bringing it back from the brink of ruin” in addition to being the precursor for the iPhone.

Every now and again, when I’m at my parents’ house, rummaging through drawers, I’ll find an old iPod and start it up (if I can also find a charger), exploring a perfectly preserved pocket of my middle school angst. I’ll miss the devices, and I wonder what will be the next product that is innovated and designed into obscurity.