The Internet Is Exploding: 10 Must-Read Articles This Week 5/8 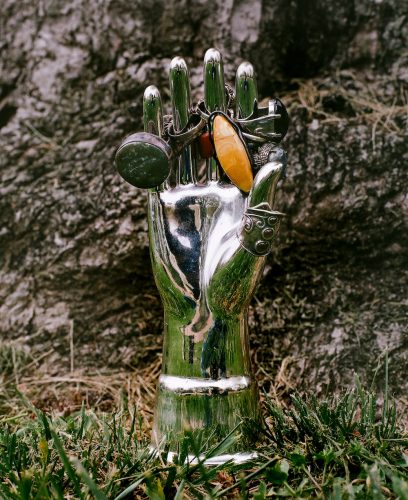 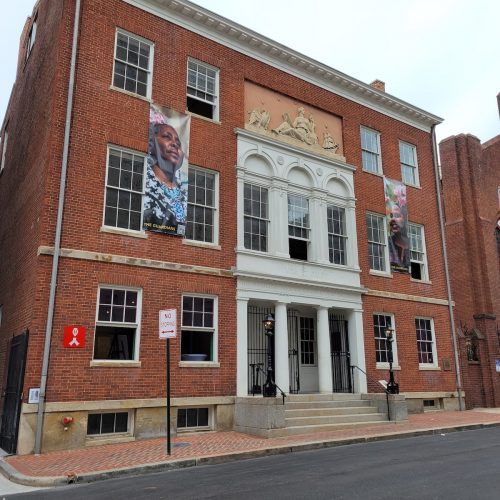 Preview of The Peale’s $5.5 Million Renovation

Abortion and reproductive healthcare are a human right—and the internet was all about abortion this week.

Last Monday, Politico published an unprecedented leaked draft opinion by Justice Samuel Alito. Chief Justice John Roberts has since confirmed the authenticity of the draft, which “is a full-throated, unflinching repudiation of the 1973 decision which guaranteed federal constitutional protections of abortion rights and a subsequent 1992 decision — Planned Parenthood v. Casey — that largely maintained the right.”

The opinion is a draft and could change, but it is unlikely that the 5-3 majority opinion will shift to a minority opinion.

Rewire News Group has been my go-to source for reproductive justice news for a few years now and I cannot recommend it enough! As a “nonprofit media organization and the only national publication exclusively dedicated to reporting on reproductive and sexual health, rights, and justice,” their coverage of reproductive justice and rights is steadfast and gender-inclusive, and it varies from personal essays to in-depth yet accessible legal analyses. The last three episodes of Rewire’s Boom! Lawyered podcast (released on April 25, May 2, and May 3) are particularly helpful for explaining the ramifications of gutting Roe, and the legal implications of state-level abortion legislation.

The leaked draft opinion has huge implications as Alito argued that “Roe was ‘egregiously wrong’ because it protects a right that was not included in the text of the Constitution, was not protected by the original meaning of the Constitution, and was not traditionally safeguarded as a constitutional right.” Following that logic, “countless other Supreme Court decisions protecting basic aspects of privacy and autonomy were wrongly decided as well.” Many legal scholars are concerned about the implications this could have for contraception, marriage equality, and miscegenation laws, particularly as cases addressing all three of those rights were mentioned in the opinion.

4. Mother Jones: ​​Abortion Has Always Been a Part of America—Even if Alito Won’t Admit It

Abortion is an old, ancient practice. Throughout his leaked opinion, “[Alito] refers repeatedly to ‘this Nation’s history and tradition’ as being at odds with abortion rights,” but “whose history, precisely, is Alito considering here?” Becca Andrews answers this question in this ​​adapted excerpt from the forthcoming No Choice: The Past, Present, and Perilous Future of Abortion in America. Andrews traces the long history of abortion, looking at the history of Native Americans and enslaved people, and tracing back to the middle ages in Europe.

Journalist Soraya McDonald connects abortion and reproductive justice to slavery and class in this necessary thread, emphasizing that “abortion has always been a Black women’s issue because our existence in this country is defined by being robbed of bodily autonomy from the moment we’re stolen and brought here.” This sharp critique of capitalism, in which it is necessary to have “a permanent underclass of who people work shitty jobs for no or little pay and live shorter, shitty lives, and you need them to pop out babies—babies you’ve forced them to create and birth—trapped in the same circumstance” is also filled with resources on reproductive justice, race, class, and gender.

6. The Forum: Bodily Control and the Color Line

Abortion restrictions disproportionately affect non-white people, specifically poor non-white people: “opposing abortion is not only sexist; it is also racist,” writes Rafia Zakaria. And if abortion legislation is decided down to the state level, it’ll be poor, non-white people in the Republican-controlled states bearing the brunt of it all. “Blue states can still elect to protect a woman’s right to choose and make it easier for women who are not state residents to get the procedure,” Zakaria writes. “American women in red states will thus bear the brunt of the court’s diktat; laws in these jurisdictions will likely try to outdo each other in crafting the most all-encompassing abortion ban.”

If the draft opinion is formalized, it will also have implications for “fetal-harm laws” which can criminalize pregnant people for miscarriages or stillbirths, amongst other things. “To exert maximal control over women’s bodies, it’s never sufficient to condemn abortion and subject women seeking to terminate their pregnancies to detention and criminal fines. No, the women in question must be vilified as baby-killers and deficient, immoral creatures.”

Whenever there is a widespread conversation on abortion, coathangers are brought up. As Andrea Grimes writes in the introduction to this thread, “there is *no need* to trot out the fucking coat hangers today or any day, we do not need to fearmonger around abortion access and make people feel like self-harm is the only or first option.” In this thread, Grimes covers how “self-managed abortion with medication is physically safe, but could be legally risky. I’m gonna thread some resources on the medication first, and then follow up with legal resources.”

This thread is filled with all kinds of information and resources. Boom! Lawyered also has an episode on Connecticut pro-abortion legislation that dovetails well with this thread.

The Senate is a failed institution, and it has been for years. Many, including writer Alex Pareene, have been arguing this for years, and still, “Senate institutionalists still make up the majority of the Democratic caucus, and they still believe the way to make the institution work is not to change its rules but to somehow change the nature of the opposition.” Their critiques have been ignored by left-of-center leadership “because they are institutionalists, and the institution can only be failed; it cannot be, by its very design, a failure.”

As Pareene writes, when the draft opinion was leaked this week, some saw it as potentially delegitimizing the institution of the Supreme Court. “Many of those takes were bad faith from conservatives sort of desperately reaching for a talking point, but some of them were quite sincere. This is the mindset of the institutionalist. It is important that people retain faith in our institutions, which does not mean that our institutions should work to earn people’s faith, but instead that people shouldn’t hear about it when they don’t.”

Democratic leaders have taken the leaked Supreme Court opinion as a chance to tell their constituents to “vote harder” but “‘vote harder’ is a bad message because it’s annoying, and annoying people is a bad way to make them want to vote for you. At this point, it’s also clear that it’s bad messaging because it’s insufficient.” We are facing a “legitimacy crisis [because] our institutions are illegitimate,” and our “commitment to our existing institutions means they can’t credibly claim to have an answer to this moment.”

9. The Cut: Democratic Leaders Are Getting the Abortion Story Wrong — Again

The Democratic Party leadership’s response to the leaked draft opinion was disappointing, to say the least. Nancy Pelosi and Chuck Schumer “could not bring themselves to use the word abortion” in a joint statement they wrote. President Joe Biden released a statement on Tuesday, only using the word once, and “conclud[ed] with a message that it was ‘on voters to elect pro-choice officials this November.’ Sir, we elected you, and you didn’t get out of bed to speak to the American people the night this devastating document leaked,” writes Rebecca Traister.

Many people, including Democratic leaders, are blaming Donald Trump, when in fact “generations of Republicans have been open about their brutal aim, while Democratic leaders have repeatedly asked voters to trust them in a fight that, up to the very night Roe was struck down in draft form, they refused to accurately describe or perhaps even discern.” Traister argues that “the right has also been far better at telling stories. So much of their power has been built on compelling narrative, racist parables, xenophobic tall tales, sexist fables, pulled-from-the-ether fictions that they have committed to with every fiber of their regressive and punitive hearts and sold with gusto to an American public.” And when some Democratic officials tell their stories, they are not supported by the party.

Instead of telling stories with “truth and majorities and moral righteousness on their side, [Democrats] seem more interested in leveraging their role as purported stewards of reproductive rights to win the next race. There is already an abundance of Beltway chatter about how the backlash to Dobbs v. Jackson Women’s Health Organization could mean a reversal in Democrats’ dismal midterm fortunes. It’s the kind of horse-race speculation that is stomach-turning for anyone who has actually stopped to consider how many people will face criminalization, forced births, and an inability to get care they want or need, so that Democrats can scoop up a couple of swing seats.”

To combat the gutting of Roe, “the fight into the future must be different — really different — than it has been over the past five decades, since the old way of business has seemingly resulted in a colossal failure that the party has yet to reckon with, let alone take any responsibility for.”

So much has been published on reproductive justice this past week and “lots of smart people have lots of smart things to say.” Parker Molloy has compiled this reading and resource list, which is incomplete as any such list would be, but it is good. Abortion is still legal. Numerous groups have been doing the hard work of connecting people with abortion care for years, and they are always in need of more support and resources. The National Network of Abortion Funds is “a network of grassroots orgs building power to remove financial, logistical, cultural and political barriers to abortion access.” NNAF supports independent local funds across the country.