The Internet Is Exploding: 10 Must-Read Articles This Week 6/5 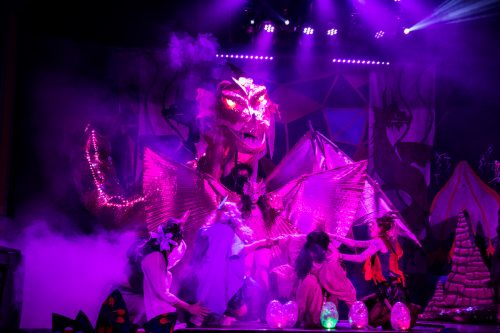 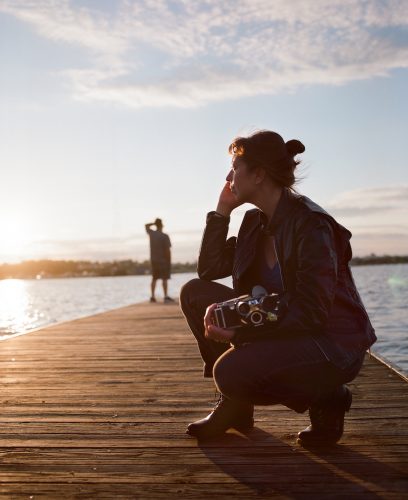 A lot has happened in the past two weeks. The country is still reeling from The Uvalde school shooting, and 20 other mass shootings since then. Jack Harlow learned about Brandy and was controversially nominated for a BET award. Highlights: The queer American South, an addiction to streaming, Jeremy Redmon on his father, birding, invasive cats, Amber Heard and Johnny Depp, history and journalism via the New York Times and Haiti, #Swedengate, The Wire, and Wendy Williams.

1. Longreads: ‘We Are Everywhere’: A Reading List for the Queer South

Happy Pride! So much of queer culture and queer stories center urban areas and coastal cities, despite the South having the largest LBGTQ+ population in the country. Spencer George grew up in the South, where “[stories of] Southern queerness often involved leaving. Queerness in these narratives was a secret shame, one that, if revealed, led to loss and disappointment. If there were happy endings to these stories, it was only because the characters left everything behind, escaping to distant metropolises where they could begin anew.”

She, too, left the South, but it was only by going back “that I have found community and hope — in the students I teach, in the friends I have made, in the voices of those speaking up for change. It is not that we don’t exist, but that our stories have not historically been given the representation they deserve.”

2. Pitchfork: The Woes of Being Addicted to Streaming

The only time I ever listen to Spotify is when I’m listening to an album for this column. Most of the music I listen to I purchase online. If I stream music, it is almost always on YouTube, and almost never the recorded version, but rather a live rendition.

Pitchfork reviews editor Jeremy D. Larson is “addicted to Spotify the same way I was addicted to nicotine or Twitter. It makes me happy, aggrieved, needlessly defensive.” Larson writes of the homogenizing effects of streaming algorithms, which “[gamify] the music industry so that tracks tacitly compete against one another.” He laments the loss of “textured and unique connections” as “the more time I spend on Spotify, the more it pushes me away from the outer edges of the platform and toward the mushy middle.”

3. Oxford American: Tell the Kids I Love Them

Jeremy Redmon’s father, Donald Lee Redmon, was a Vietnam vet and a career Air Force man, working as an electrical engineer. He “was lean, tall, strong, intelligent, a good writer, a hard worker.” After being diagnosed with a total disability, Donald Lee Redmon took his own life.

A teenager at the time, “my father’s suicide carved a deep gash in me,” writes Jeremy. “After studying everything I have gathered about him, I have formed my own beliefs about his decision. He was not the same once he was removed from flying status in 1984 and then released from active duty and honorably discharged from the Air Force the following year. His illness caused him severe pain, robbed him of his ability to support himself and his family in uniform as he had for seventeen years, and drove him into a deep depression.” Although he will never have all the answers, and “though that wound has been a source of intense pain, it has also given me a greater capacity to experience joy.”

4. The Verge: A Once-in-a-Lifetime Bird

My sister isn’t a birder but she likes birds. Over the past few months, she has closely followed the Cal Falcon Cam, which reports on “UC Berkeley’s resident Peregrine Falcons!” Every few weeks I get animated updates on hatched chicks, missing adults, and territorial fights. She has always been interested in birds. Sometimes I wonder why she isn’t an ornithologist, and I’m just waiting for the day she tells me she went birding.

Kevin Nguyen explores the world of birding in this piece, using Chris Michaud and his sighting of a redwing—a bird common in parts of Europe, but a nearly unbelievable sighting across the Atlantic—as a case study. Birding helped Michaud get through a breakup, chemo, and sobriety, and “Maybe it can save the rest of us from climate change.” Apps like eBird, which allows birders to track which birds they’ve seen where, crowdsources hundreds of data points, and “because of [birds’] susceptibility to minor temperature fluctuations, can be more reliable signals of change” along with other “data that is spatial and temporal.”

Since the onset of the pandemic, there has been an increase in the number of pet cats in Iceland. While cats and other pets help reduce stress and feelings of isolation, they are also one of the worst invasive species and can wreak havoc on ecosystems, according to the International Union for Conservation of Nature Invasive Species Specialist Group.

Egill Bjarnason lives in Iceland, a land of cat people. Now, the country is implementing cat curfews, and according to surveys the decision is popular with homeowners: their “​reasoning is predominantly idiosyncratic, likening roaming cats to visits from rowdy town drunks.” However, there may be a more important environmental argument to make: “In Iceland, a country with only one native terrestrial predator, cats have contributed to the dramatic decline of seabirds and have preyed on off-shore bird colonies.”

After a six-week-long trial, a jury found that “[Amber] Heard defamed [Johnny] Depp, acting with ‘malice,’ when she described herself as a victim of domestic abuse” in a 2018 op-ed in The Washington Post that did not specifically name the man. Depp was awarded $15 million in damages in a “verdict [that] came after a trial that was televised – an extremely rare situation for a proceeding that concerns allegations of domestic violence – and which was subject to almost inescapable media coverage, nearly all of it in favor of one litigant, even as the jury was not sequestered.”

Throughout the extremely public trial, Heard was the target of harassment by Depp’s fans that “seem to not so much deny Depp’s alleged violence against Heard, but to approve of it.” The trial and “Depp’s frivolous and punitive suit, and the frenzy of misogynist contempt for Heard that has accompanied it, have done a great deal to vindicate Heard’s original point: that women are punished for coming forward. What happens to women who allege abuse? They get publicly pilloried, professionally blacklisted, socially ostracized, mocked endlessly on social media and sued. Wrath, indeed.”

A couple of weeks ago, the New York Times published a sprawling group of articles on Haiti in the series “The Ransom.” While many have lauded the series, which covers Haitian history beginning in 1791, some historians have “[taken] issue not with its historical content but with the way it was framed—arguing, in essence, that the paper presented the roots of Haiti’s present-day poverty as a mystery that its reporters had just solved, without giving sufficient credit to the many historians, many of them people of color, who’ve been researching the topic for years.” The Times framed the feature package as investigative journalism, and “published at least two articles explaining how it came together, one of which offered an extensive, though not exhaustive, methodology and bibliography that itself came to five thousand or so words,” something uncommon for the paper.

The package has reignited a longstanding debate on the relationship between history and journalism and various “industry gripes about the Times, specifically, and its track record of prominently crediting the work of other journalists.”

While the conversation around citation and how it functions differently in the disciplines of journalism and history is important, it has, in some ways, also overshadowed the series itself—which did present this information to some people for the first time. Historian Peter James Hudson, who talked to the reporters of “The Ransom,” discussed this in a Twitter thread that notes how “the debate over the series became not one of the ethics of debt and reparations or a critique of the role of Citibank et al in US imperialism and Caribbean underdevelopment, but citation” and “historians effectively hijacked a potentially critical conversation to make the story about how they were not part of the story.”

8. Yahoo!: What is #Swedengate? How the internet turned on Sweden for not feeding house guests

I spent way too much time on Twitter last weekend following #Swedengate. Sweden got dragged across the internet after Reddit user u/sebastian25525 asked, “What is the weirdest thing you had to do at someone else’s house because of their culture/religion?” In response, one user posted that they “remember going to my Swedish friend’s house. And while we were playing in his room, his mom yelled that dinner was ready. And check this. He told me to WAIT in his room while they ate.”

The post quickly spread to Twitter where, as June Findlay, a Black woman from Canada who studied in Sweden, wrote in an op-ed for Refinery29, “#Swedengate then turned into a full blown discussion on Twitter about a) how and why people from Sweden would do such a thing as to not share food with visitors to their homes, b) how funny/messed up/just plain weird Swedes are, and c) Swedes defending themselves/their culture and customs from outsiders —which is especially amusing if you know about the phrase and mindstate of ‘Jantelagen’ in Sweden. It means that they never like to talk about themselves or anything they do unless absolutely necessary.”

This week, The Wire celebrated the 20th anniversary of its debut. Based in Baltimore and co-created by David Simon and Ed Burns, many shows have tried to imitate The Wire, or parts of it, since its premiere, but it has “proven far more challenging to reverse-engineer than it would seem, given how many other series try incorporating one or more of its various narrative and stylistic signatures.” Filled with multifaceted layers, “The Wire was at first glance a cops-versus-crooks saga in which McNulty joined a Baltimore Police Department task force to bring down the organization of local kingpin Avon Barksdale (Wood Harris). But that pursuit of Barksdale — and, in later seasons, his calculating former lieutenant Stringer Bell (Idris Elba) and then the enigmatic Marlo Stanfield (Jamie Hector) — was really just the narrative carrot Simon and Burns used to pull viewers through a series of complex arguments about the moral failings of the War on Drugs, the reasons for the crumbling state of cities like Baltimore, and larger flaws in the foundation of America as a whole.”

I’ve only watched the first season of The Wire, but immediately after reading this, I started to binge the series—and I’m determined to finish this time.

Wendy Williams has been placed under financial guardianship. Williams, who has previously been critical of her bank, Wells Fargo, was placed under the guardianship after she requested “to check her bank statements. When Wells Fargo wouldn’t let her, they alleged that the host was an ‘incapacitated person’ and was therefore in need of financial guardianship” according to her attorney LaShawn Thomas. Furthermore, Williams “accuse[d] her former manager, Bernie Young, of using her American Express card to hire an attorney to petition to become her legal guardian.”

The story has been getting relatively little attention, however, @LexxMoves argued in a Twitter thread that “People should absolutely be concerned about what’s going on with Wells Fargo and Wendy Williams. Wendy went to Wells Fargo and said I’m closing my accts cause I think you’re colluding w/ my business manager to steal from me. Instead of investigating the claims…Wells Fargo SUED to gain financial conservatorship over her BY CALLING HER CRAZY and won!” This prompts questions about the legal precedent this could set and what it means for people without the means or visibility that Williams has.