The Internet Is Exploding: 10 Must-Read Articles This Week 8/7 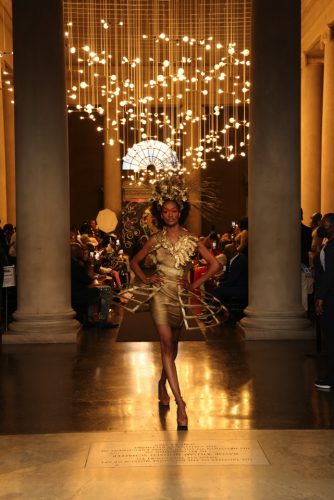 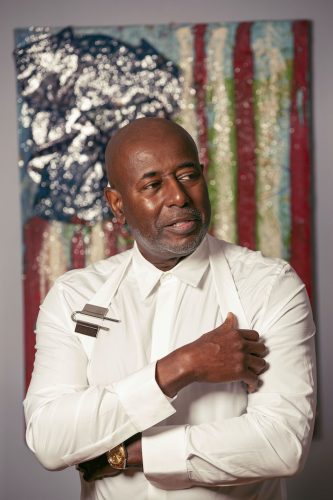 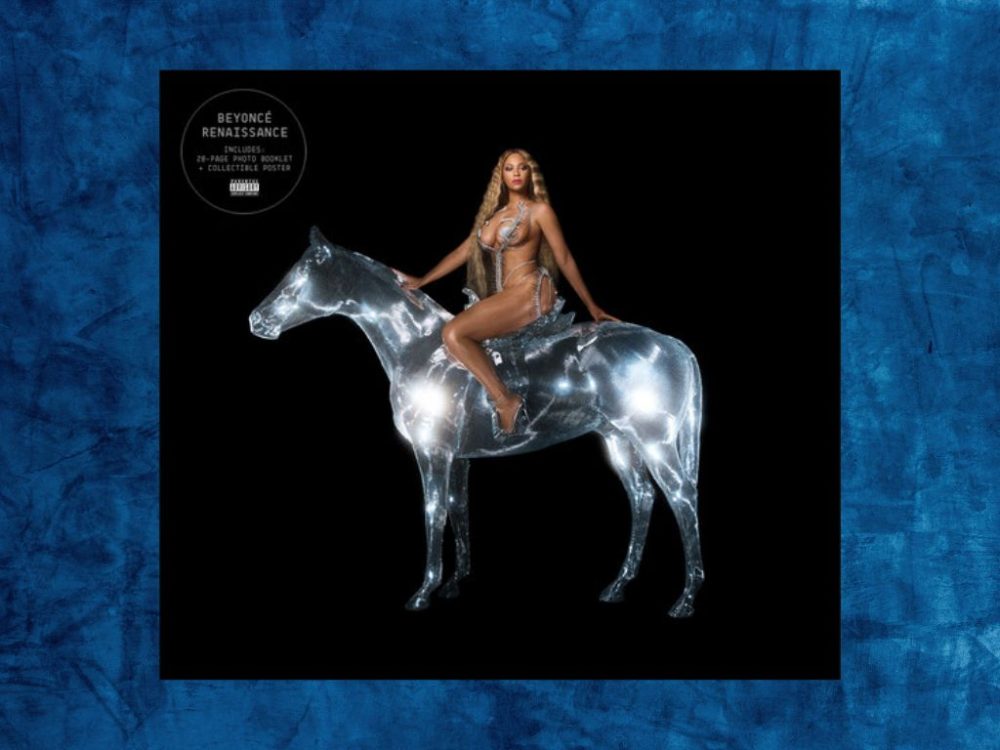 1. Entertainment Weekly: On Beyoncé’s Renaissance: To be queer, gifted, and Black… oh what a lovely, precious dream

A LOT of reviews of Beyoncé’s Renaissance have been published since the album was released last week.

Sitting “at the intersection of disco and house music,” Renaissance embodies “the centuries-long tradition of Black dance music,” as Lynneé Denise wrote of the album. It is an ode to ballroom, to Beyoncé’s late uncle Johnny, also known as her “godmother,” who “died from HIV-related complications when she was 17.” While “it should come as no surprise that a gay man was instrumental in the formation of Beyoncé Giselle Knowles Carter,” in Renaissance “she draws the line from the Black queer community to Beyoncé™ more explicitly and directly,” working with “Black and queer artists like Big Freedia, Honey Dijon, Ts Madison, and Syd.”

For Lester Fabian Brathwaite, “the Uncle Johnnys, Black and brown trans folks, QPOCs, etc. — hearing Renaissance was confirmation of what we’ve always known in our heart of hearts, regardless of what society told us, or how our white peers made us feel: that to be queer, gifted, and Black is — as Nina Simone once intoned — a lovely, precious dream. And in Beyoncé’s hands, it’s the American Dream.”

I get overwhelmed easily listening to dance music, and have a hard time listening to Renaissance, but I’ve enjoyed the discourse (including the ever-evolving Kelis controversy). I’m sure I’ll continue reading reviews for weeks to come, especially as people have more time to sit with the album.

There are some weeks when I don’t want to write this column—when I would do almost anything not to write. I’m tired, and the last thing I want to do is stay up late at the end of the week to meet my Friday deadline. Usually, I force myself to write anyway and end up encountering exactly what I need.

This week was one of those treacherous weeks. And this essay by Danté Stewart was exactly what I needed. While Stewart asks, “What’s the word when you feel like you have one but you actually don’t,” he resigns that “sometimes there is no word.” I’ve been thinking about having—or not having—a word recently, something that Sarah Menkedick describes as that which can answer the question of identity and bring one into focus.

I often think of the words I need and realize I have none. Just as sometimes there are no words, “sometimes there is no clear way forward but this present moment we find ourselves in.” I’ve been stuck with no words or language—and Stewart offers some of what I’ve been looking for in his essay on the influence of James Baldwin. In meditating on Baldwin, grief, and liberation, Stewart writes of music as “the connection between our body and the parts of ourselves that seem hidden—let’s call that imagination.” He acknowledges that “Unincumbered love is an impossibility. We carry both the burden and the gift of our humanity.” He reminds us “to carve out space to move a little and engage in little experiments of joy.”

3. The World: WNBA star Brittney Griner was sentenced to 9 years in prison in Russia. How likely is a prisoner swap?

Brittney Griner was sentenced to nine years in prison in Russia. The WNBA player was initially detained at a Moscow airport in February 2022 after security found “vape cartridges containing cannabis oil in her luggage.” US officials and many others believe Griner was “wrongfully detained,” and officials “say they’ve been working tirelessly to bring her home and that they’ve offered a ‘significant proposal’ for her release and the release of another American in Russian detention, Paul Whelan.”

WNBA players, members of the women’s basketball community, and many others have posted message of support for Griner and her family. Tressie McMillan Cottom summed up many of the responses I’ve seen in a thread explaining how “The idea of relying on these United States of America to negotiate with another country for a Black woman’s freedom is so terrifying that I cannot process it.”

In Nashville, homeowners are finding themselves fined for various code violations, oftentimes reported by neighbors. “Over the past three years, the Metro Codes Department has fielded more than 95,000 complaints. Some complaints concern unkempt vacant lots, abandoned buildings that pose a fire hazard, dumped garbage or cars abandoned in alleyways,” writes Radley Balko. “But browse the content of the complaints themselves… and you’ll see a lot of complaints from residents about ‘eyesores,’ tall grass, unregistered vehicles, cars parked on grass or houses in need of new paint or siding. You’ll see a lot of neighbors reporting neighbors.” The rate of complaints nearly doubles in gentrifying zip codes, and has “a clear racial disparity: For every 10 percent increase in a Nashville ZIP code’s Black population, the number of Codes complaints increases by 50 percent.”

I haven’t looked into it too much, but I’ve anecdotally heard of similar complaints in other cities that are rapidly gentrifying.

5. Mother Jones: Inside a Kansas Clinic Where the Battle Over Abortion Is Still Raging

Last Tuesday, Kansans voted against a referendum that would have outlawed abortion in the state. The Trust Women’s clinic in Wichita, Kansas, which provides abortions, is “one of the last that remains open in the South and lower Midwest.” It has seen an increase in new patients since the 2021 ban in Texas, and even more after the Supreme Court overturned Roe v. Wade.

Trust Women has a tragic history, writes Becca Andrews. “From 1975 to 2009, Trust Women was called Women’s Health Care Services, and it was helmed by Dr. George Tiller, one of the few doctors in the nation who offered abortion care in the third trimester. That clinic closed down when Tiller was murdered by an anti-abortion extremist. Today, friends and acquaintances of the man who killed Dr. Tiller still linger outside his former clinic. States have put large monetary bounties on the heads of those who can be proved to have “aided and abetted abortion. It begs the question: How much longer before violence sparks once more?”

6. Slate: The Bleak Forces Behind Deshaun Watson’s Slap on the Wrist

While “at least 24 women filed lawsuits against Deshaun Watson, alleging sexual misconduct,” the Cleveland Browns quarterback has only been suspended from the NFL for six games. The NFL is appealing the decision reached in arbitration, but if it stands, “Watson will be in the lineup by mid-October. It will basically be a paid vacation, thanks to the ghoulish mastery of Watson’s reps and the Browns’ front office.” This consequence is significantly less severe than other players have received for “smoking weed, using performance enhancers, betting on NFL games, or conspiring to deflate footballs.” While the NFL “has a reputation for going easy on misconduct against women,” it has been reported that “the league wanted a big suspension, if not for altruistic reasons than because the league knew how bad this outcome would look.”

7. Mic: We Dove Into The Lockheed Martin Twitter Drama So You Don’t Have To

Ana Mardoll, a trans and disabled YA fiction writer who was somewhat prominent on Twitter, was dragged this week when it was revealed that he worked at Lockheed Martin. Mardoll is no stranger to controversy, and in late July he “first began stirring the pot when he claimed that the idea that writers should read books was ableist.” Adding to the controversy is that for 15 years, Mardoll has worked at the “major defense contracting corporation that generates most of its revenue from supplying weapons to the U.S. military.” This fact appears to be at odds with his Twitter persona; he has been described as a “woke-scold” and as someone “who has reportedly weaponized his large online following to attack other authors in the past.” According to writer Henry Giardina at Into, one such target included Isabell Fall, a trans writer whose short sci-fi story “I Sexually Identify as an Attack Helicopter” was “taken out of context, and the result was an emergency stay in a psychiatric hospital.”

8. The Texas Tribune: Lawyers for Alex Jones turned over evidence that contradicted his testimony

Right-wing conspiracy theorist Alex Jones has to pay $45.2 million in punitive damages to Neil Heslin and Scarlett Lewis, whose 6-year-old son was killed in the 2012 Sandy Hook shooting. For years, Jones has peddled misinformation that the shooting “was a government hoax meant to take away Americans’ guns… [which] led his listeners to harass the victims’ families.”

Last Tuesday, Jones testified that “he never mentioned Sandy Hook in text messages,” but the following day Mark Bankston, an attorney for the parents, told Jones that his “own attorneys recently accidentally sent them the contents of Jones’ phone from the last two years.” There were many instances in which Sandy Hook was mentioned. During the trial, Jones conceded that the shooting was real, and “said if he could change the past, he would have chosen not to air his coverage of Sandy Hook because of how it ruined his life and career — without citing how it affected the lives of the Sandy Hook parents.”

This week, court documents were unsealed in the Johnny Depp v. Amber Heard case. Funding for this was crowdsourced from Depp’s fans who hoped to vindicate the disgraced actor. The documents, however, “reveal Depp’s legal team’s original plan to use nude photos of Heard against her; confirmation that photos and audio submitted by Depp had been manipulated; notes from the couple’s therapist confirming Heard was a victim of “intimate partner violence;” texts from Depp and his assistant all but confirming Heard’s allegation that he’d kicked and beat her in front of his staff on a private plane; Depp’s attempts to help Marilyn Manson, another alleged abuser, hide from police; and more.” Some celebrities and fans are now distancing themselves from Depp. “Learning and growth are important,” writes Kylie Cheung. “But how many women have to be publicly retraumatized and relentlessly mocked by millions before enough is finally enough?”

The Biden administration has finally declared monkeypox a national health emergency. This move was meant to signal the seriousness of the outbreak and open up additional resources. Thus far, however, it still seems like the response plan is far from comprehensive.