The Internet Is Exploding: 10 Must-Read Articles This Week 10/2 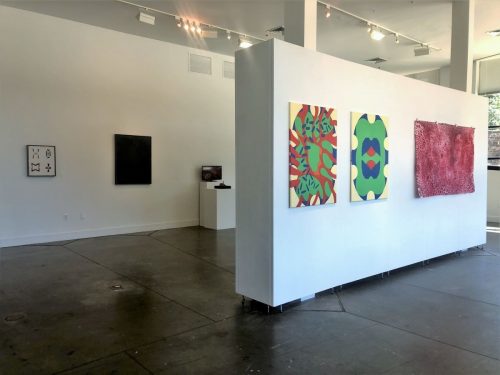 Abstraction in the Expanded Field: ‘The Spa [...] 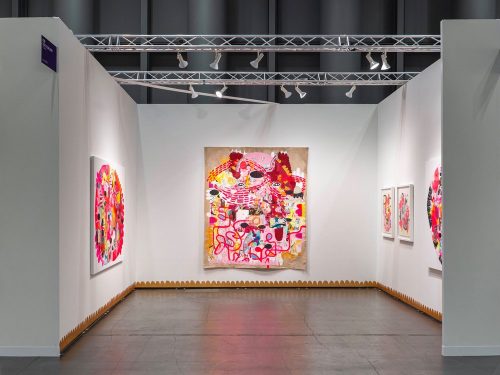 Building An Art Career with Clarity and Intention [...] 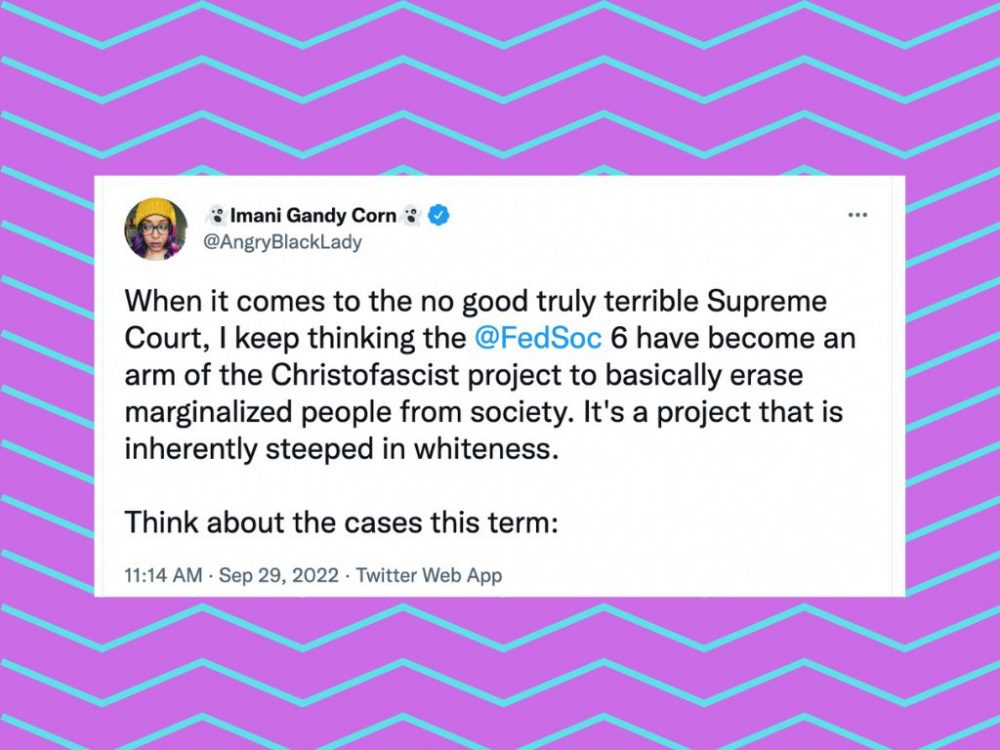 Idk if it is because I’m on Twitter more, but the internet feels like it has gotten increasingly chaotic over the past month. Hurricane Ian hit Florida and is now moving up the coast. Coolio passed. Rachel Dolezal has an OnlyFans. Keke Palmer started KeyTV. We need to pay Peggy more. People watched Don’t Worry Darling. And Yung Miami wants to be the Black Oprah. Highlights: For the love of maintenance, sailing around the world, summer basketball, chess, Rihanna, Lizzo, Try Guys, Ed Yong on the pandemic, SCOTUS, and Taylor Hale makes Big Brother history.

1. Noema: The Disappearing Art Of Maintenance

In January, I learned that I could drive 10 hours straight, from Michigan to New York. Then in March, I extended that to 15 hours and nearly 1,000 miles, from New Hampshire to Michigan. Since January, I’ve probably driven somewhere around 20,000 miles, gone on numerous road trips, and gotten two roadtrip tattoos. One of my friends jokes that whenever she looks for me on Find My Friends my dot is always moving.

Since January, I’ve also gotten four oil changes, and taken my car to the mechanic at least three times. Nothing has ever been wrong with my car when I take it in, no lights have been on—for as much as I’ve been driving, I take my car in before long(er) trips. I take my car in for maintenance, to catch anything before it breaks.

Increasingly, it feels like things are no longer designed to be maintained, which is fundamentally “about making something last,” writes Alex Vuocolo. Some products, like the example of a paper plate given in this essay, cannot be designed to last, but other things, such as a toaster, “could last for decades if maintained properly, assuming the manufacturer hasn’t built obsolescence into it (as is often the case).”

The art of maintenance, and its disappearance, are entwined with capitalism, and if we want the craft to endure, “maintenance has to be valued outside of austerity, and right now it’s unclear if our current economic system is capable of that.” We often hear of “reduce, reuse, recycle” but missing from the cycle is maintenance. Valuing the craft, writes Vuocolo, “could help preserve modernity’s finest achievements, from public transit systems to power grids, and serve as a useful framework for addressing climate change and other pressing planetary constraints.”

2. The Atavist: Alone at the Edge of the World

In 2018, for the first time in 50 years, the Golden Globe Race took place. Eighteen skippers competed in the race, “sailing solo and nonstop around the world in a small boat without modern technology.” Susie Goodall was the youngest amongst the sailors and the only woman, something the press ate up. After a massive storm in the Southern Ocean, Goodall “sloshed through water seeping in from the deck, which had cracked when a great wave somersaulted the boat end over end. She was freezing, having been lashed by ocean, rain, and wind. Her hands were raw and bloody.” The race tested the “limits of what humans are capable of physically and mentally,” and Goodall “knew the world was watching to see whether she would survive.”

I don’t love professional basketball, but every NBA season I find myself looking forward to Hanif Abdurraqib’s commentary throughout the season. While Abdurraqib might be lesser known for being a fan of basketball, his love of his hometown of Columbus, Ohio, is renowned. Throughout July and August, Abdurraqib “went to Seattle for Jamal Crawford‘s CrawsOver Pro-Am, to the Drew League in Los Angeles, and to the Kingdom Summer League in my hometown of Columbus, Ohio. I went to witness the magic that takes place on long days in hot gyms, to be in the company of that hope, and to return to a place that felt childlike, almost.”

Increasingly, since I started following Abdurraqib on social media a few years ago, I’ve followed professional basketball. As the NBA season is set to begin, I’ve been keeping more tabs on it—if only to better understand Abdurraqib’s analyses.

The controversy deepens, however, as “some chess players have reported an uptick of computer-aided cheating in Chess.com matches ever since the story about Hans Niemann broke. One player has dubbed the recent surge in cheaters as the ‘Hans Effect.” Niemann has admitted to cheating on the website before, and one of his coaches, Maxim Dlugy, who has been banned for cheating from the website before, also admitted to cheating.

5. Deadspin: Rihanna said yes to the Super Bowl — the NFL is worse than it was when she originally said no

This week, it was announced to mixed reactions that Rihanna will be performing at the Super Bowl this year. While, yes, people are undeniably happy that Rihanna will (hopefully) be doing something related to music again—maybe we will finally get the long-awaited R9—people were also confused about what changed since she previously turned down the opportunity. In 2019, the singer told Vogue, “I couldn’t dare [perform at the Super Bowl halftime show]. For what? Who gains from that? Not my people. I just couldn’t be a sellout. I couldn’t be an enabler. There are things within that organization that I do not agree with at all, and I was not about to go and be of service to them in any way.”

That quote came in the specific context of the league’s treatment of Colin Kaepernick. And while many things have changed since then—like Rihanna becoming a billionaire and having a baby, and the world experiencing a pandemic, among other things—what hasn’t changed is “the way that the NFL treats Black people.” One could even argue, as Carron J. Phillips does here, that the league has “gotten even worse. The organization that was doing things that Rihanna didn’t ‘agree with’ is still doing those things at an even more disappointing rate, yet, she’s decided to be of ‘service to them’ for some reason.”

Performing at the Super Bowl does seem like “a perfect opportunity for a global artist to step back into the spotlight, with Jay-Z running the halftime show, after not releasing an album since 2016. And while that could be the reason why Rihanna has chosen to do this now, it still doesn’t address the larger question at hand of ‘what changed?’ given that the NFL hasn’t.”

Lizzo played James Madison’s crystal flute for the first time in history during her concert this week in DC. Librarian of Congress Carla Hayden invited Lizzo, a classically trained flutist, to try some of the flutes in the library’s 1,800-piece collection—the largest in the world! The clips I’ve seen circulating online show that Lizzo only played the flute for about a minute, and likened it to “playing out of a wine glass.” Conservatives, however, have fully lost their fucking minds and are fully melting down.

TikToker and history teacher @antiosocialstudies breaks down the historical significance of Lizzo, a Black woman, playing a flute that belonged to James Madison, a slaveowner and architect of the three-fifths law, in Washington, D.C., the nation’s capital built by slaves.

Ned Fulmer has been fired from the Try Guys after having an affair with an employee and cheating on his wife and collaborator, Ariel. A former BuzzFeed entity, the Try Guys are “a group of four men who try stuff that other people do all the time.” They rose to fame during the height of the media outlet’s debauchery, and left in 2019 to start their own YouTube channel, in which BuzzFeed has a financial stake. Further, Alex Herring, who Fulmer is accused of cheating with, also formerly worked at BuzzFeed (which published this article about it all). LMAOOOOO.

Apart from all of the BuzzFeed connections, what makes this controversy so scandalous is that Fulmer was (is?) a self-proclaimed “wife guy”: “a man whose fame or branding is largely predicated on the fact that he’s in love with the woman he married.” This also broke a week after the lead singer of Maroon 5, Adam Levine, another self-proclaimed wife guy, “crossed the line” while flirtatiously DMing and sexting girls on Instagram. People “are both surprised by the allegations against Fulmer and not surprised at all, a fine balance of ‘I can’t believe a Wife Guy would do this’ and ‘of course a Wife Guy would do this.’”

Ex-BuzzFeed employees have had the best commentary on the situation, and most of them do not seem surprised at all.

8. The Atlantic: The Pandemic’s Legacy Is Already Clear

In his final piece before a six-month sabbatical, Yong looks at a depleted American system racing to rebuild itself with all of its splendorous flaws. Yong does not place blame on “either the Trump or Biden administrations, although both have made egregious errors,” but looks at America’s “many failing systems: its overstuffed prisons and understaffed nursing homes; its chronically underfunded public-health system; its reliance on convoluted supply chains and a just-in-time economy; its for-profit health-care system, whose workers were already burned out; its decades-long project of unweaving social safety nets; and its legacy of racism and segregation that had already left Black and Indigenous communities and other communities of color disproportionately burdened with health problems.”

The piece is steadfast—even compared to some of the journalist’s other work—in its argument, and all of the emotions from Yong’s Twitter thread announcing his sabbatical are present in every word.

Supreme Court season is upon us! As the court begins its 2022-23 term, “seven petitions from public-sector union cases are currently pending before the Supreme Court,” the decisions of which will have a massive impact on affirmative action and voting rights, amongst other things. Imani Gandi, of ReWire News Group and its podcast Boom! Lawyered, breaks down some of the petitioned cases and their implications in this thread, arguing that we “should really start looking at everything this Court does through a lens of ‘does it advance the white Christian nationalist project of cishet white male dominance in the United States.’ If the answer is yes, the Court will find a way to issue rulings in that direction.”

This will be an interesting term to watch.

10. Yahoo!: History is made on ‘Big Brother’ as Taylor Hale becomes first Black woman to win

Big Brother has been on for as long as I can remember watching TV. Last Sunday, in its 24th season, Taylor Hale won, marking a Black woman’s win for the first time in the show’s history. Additionally, “not only was Taylor the first Black woman to win, but it was the first time ever that the final two houseguests were a Black man and a Black woman, and the first time in Big Brother history that the winner of the game also won ‘America’s Favorite Houseguest,’ solidifying a huge $800,000 cash prize for Taylor.”
I have absolutely no clue about the rules of the show, but it is a cultural juggernaut, and I am very happy for Taylor! 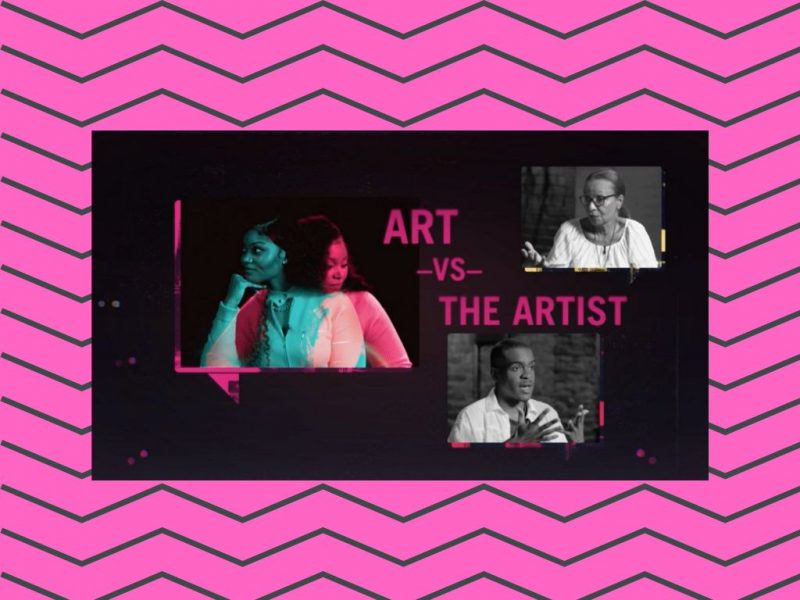 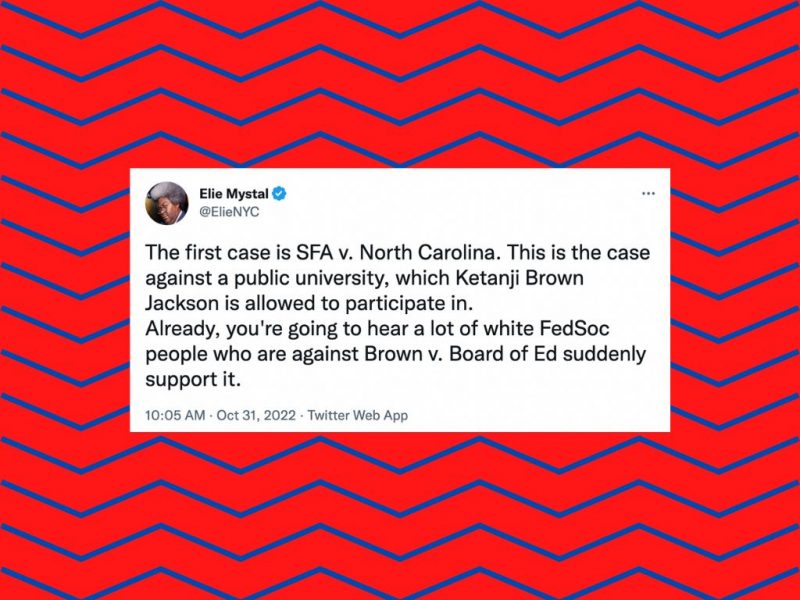