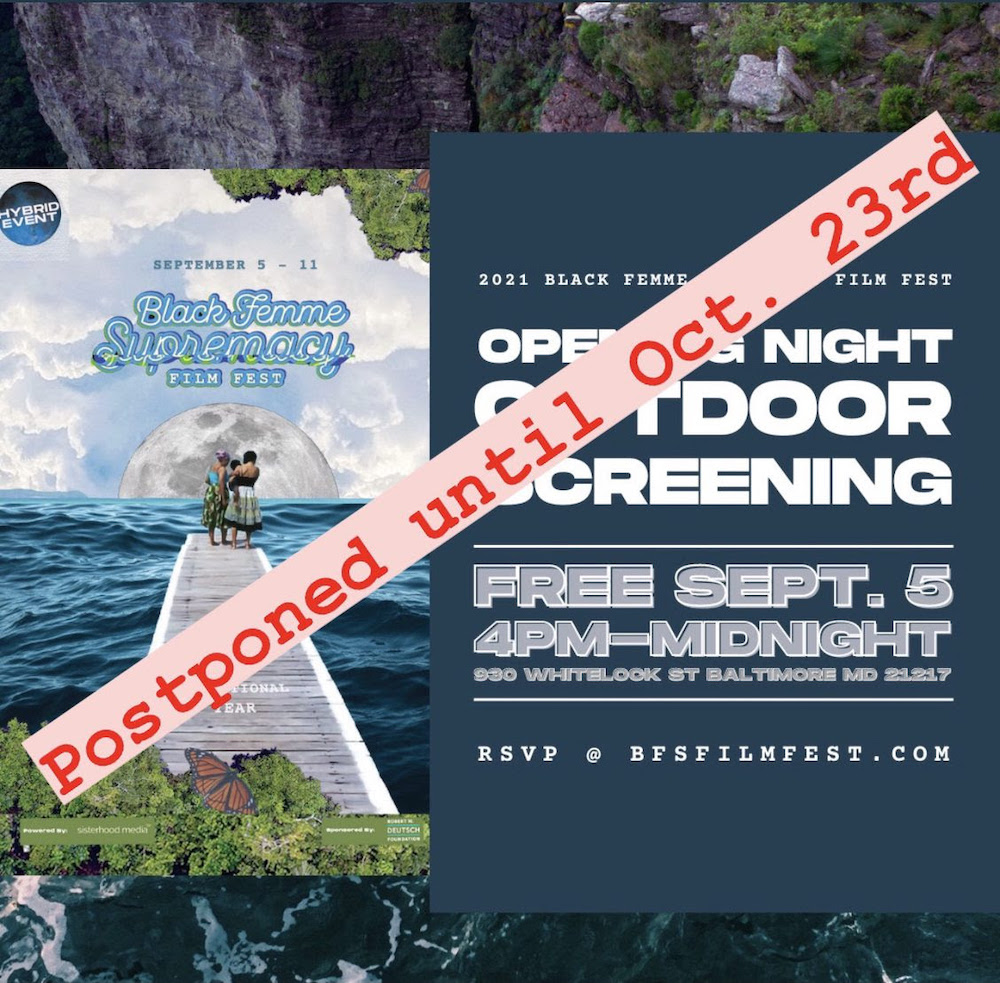 Celebrate the opening of the 4th annual Black Femme Supremacy Film Fest the safe and socially distant way! There will be an emergency preparedness workshop as well as a panel on climate change featuring prominent black femme leaders in the green space and a double feature film screening.

PANEL: How We Advance Climate Justice and Environmental Liberation

Dis-placia: Vacants in the Village – Directed & Written by Jewel Guy & Nneka Namdi, is the third part of Fight Blight Bmore’s series to increase awareness about blight in Baltimore. It builds on part I, a transmedia exhibition, and part II a community-based hack-a-thon to create a feature-length documentary film that exposes what blight is, how it came into being, what must be done to address it and how the community is doing its part to solve the problem.

Suzannah Mirghani’s Al Sit A compassionate story from Sudan about women—both powerless and powerful—exploring opposing ends of the social chain and how these roles might be changing in a modernizing world.

Etta East’s 10 years in 40 seconds A coming of age zombie thriller set in Atlanta. Lives are lost, dreams are killed, and new realities are accepted. How will city kids navigate a world they aren’t meant to survive and how do they hold on to their innocence in the process?

Olamma Oparah’s No one heals without dying examines how a culture’s development around a lack of physical autonomy for any citizen can foster shame, silence and repression.

Annalise Lockhart’s Inheritance Jeffrey, Tucker and Norra are a family of three who live in the woods. The family has lived there since 1983 where they run a maple syrup business. When they start seeing people lurking in the woods and perceive them as a threat they are forced to devise a solution to protect their land.

PLEASE WEAR YOUR MASK AND STAY SOCIALLY DISTANT AT THIS EVENT.

TICKETS ON SALE NOW AT BFSFILMFEST.COM