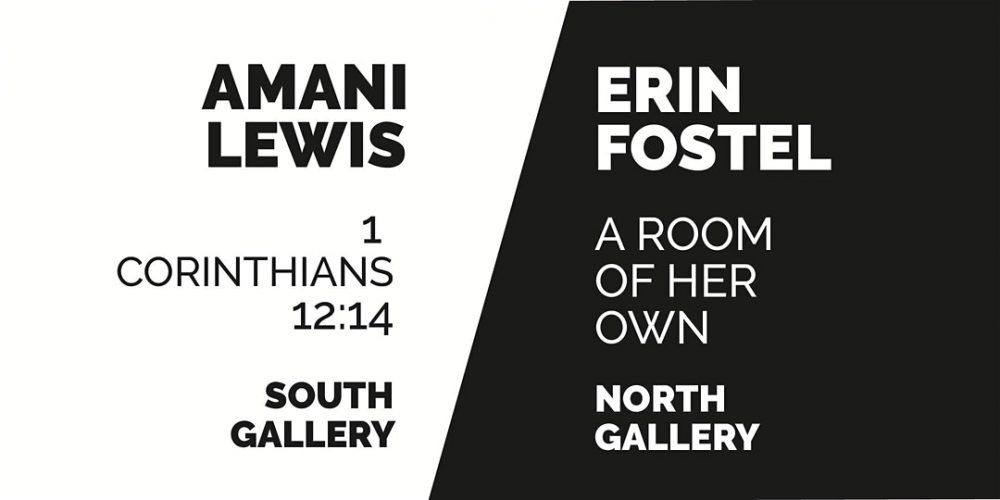 Amani Lewis unfolds Amani Lewis 1 Corinthians 12:14 in the South gallery. Erin Fostel presents A Room of Her Own in the North Gallery

Mayor Bernard C. “Jack” Young cordially invites you this Women’s History Month to the Opening Receptions for Amani Lewis’: Amani Lewis 1 Corinthians 12:14 in the South gallery and Erin Fostel’s A Room of Her Own in the North Gallery in Baltimore City Hall on Thursday, March 12th at 6:00PM. This event is free and open to the public. **Must present ID for entry into City Hall.**

For 1 Corinthians 12:14, the theme and inspiration is the Bible scripture, 1 Corinthians 12:14, which states, “For the body is not one member, but many.” For Amani Lewis, this passage unfolds the simplest and clearest statement about collaboration and teamwork. With this, Amani has collaborated with other artists (Devin Allen; Monica Ikegwu) as well as local entities (Squeegee Kids) to present and construct Baltimore’s unique culture.

A Room of Her Own is a new body work for Erin Fostel. A Room explores new imagery by shifting from public spaces to private rooms. The result is her haunting Women’s Bedroom Series meticulously rendered in charcoal and graphite on paper. Each of the bedrooms depicted brings one woman to the forefront without ever exposing her body. Here, in her space, she is free from objectification and expectation. Her figure is explicitly not shown. In her vacancy, the viewer must acknowledge and ponder, because of her absence, her full value to home and society.