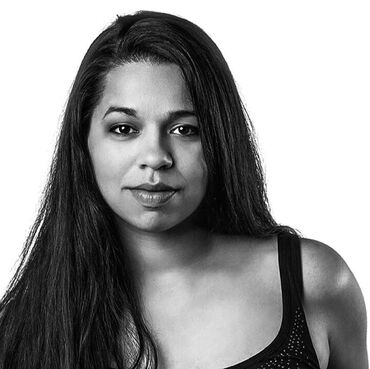 Prior to joining Baltimore Center Stage, Annalisa was a Producing Playwright and Acting Creative Producer with The Welders, a D.C. playwright collective; and a co-founder of the D.C. Coalition for Theatre and Social Justice. Annalisa’s work has been produced or developed by The Welders, Theater Alliance, Signature Theatre (DC), Arena Stage, the Phillips Collection, The Gulfshore Playhouse, the Mead Theatre Lab, The Hub Theatre, Spooky Action Theater, Tron Theatre (Glasgow), and OverHere Theatre (London) and has been supported by the The Ringling, the Kennedy Center REACH, the DC Commission on the Arts & Humanities, the Saul Zaentz Fund for Innovation in Film & Media at Johns Hopkins University, the Puffin Foundation, the Keshet Dance and Center for the Arts, the Network of Ensemble Theatres NET/TEN program, TCG’s Global Connections program, and the Mead Theatre Lab. Recent work includes The Earth, That is Sufficient, a performance project about hope for the future in the face of the climate catastrophe, produced by The Welders in 2019 in Washington D.C. and globally. Annalisa has facilitated dialogue and presented on anti-oppression and decolonization at numerous national conferences including Theater Communications Group, Kennedy Center Directing & Dramaturgy Intensive, Association for Theatre in Higher Education, American Alliance for Theatre Educators, Shakespeare Theatre Association, among others. She has authored several articles and book chapters on the subject of decolonization in artistic practice and higher educational contexts. She has been an invited guest speaker on issues of anti-racism, decolonization, and new play development in graduate classes at Tisch NYU, American University, Hollins University, and The Catholic University of America. Annalisa frequently teaches theatre of the oppressed and decolonization workshops nationally and internationally and speaks about race, identity, and performance and is a TCG Rising Leader of Color.