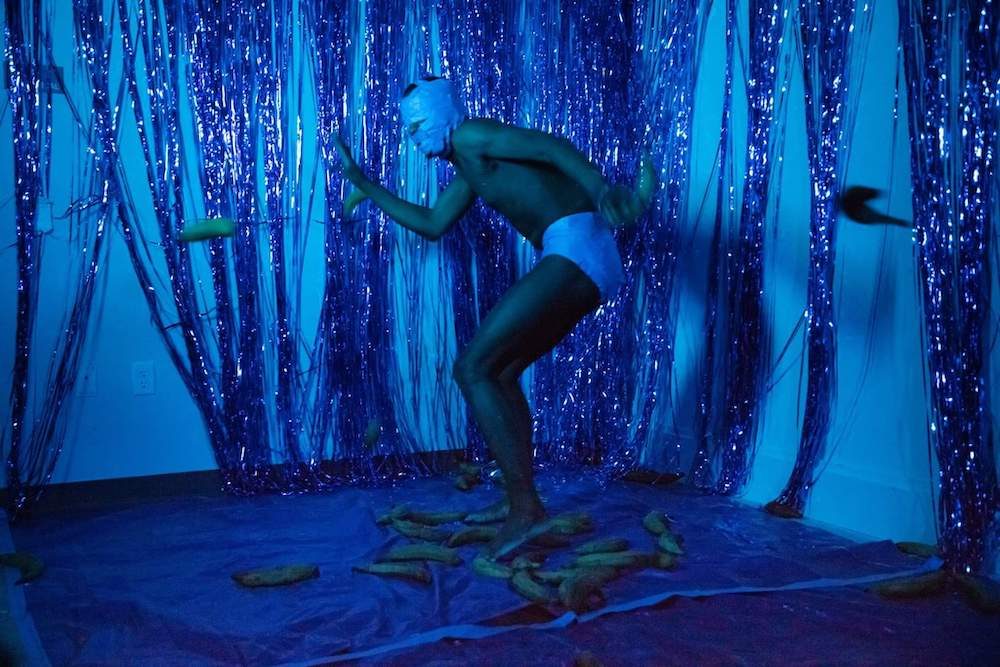 Terrault is pleased to announce its next exhibition ANOTHER COUNTRY, curated by Teri M. Henderson, opening on Friday, March 13th 7-10PM. We are humbled to announce that Terrault will be closing its doors and are overjoyed to host ANOTHER COUNTRY as our final endeavor in our space.

ANOTHER COUNTRY is a group exhibition that aims to highlight the work of artists that directly embody the elements of the Afro-Surreal. It specifically focuses on the making of worlds and the reclamation of what Black art is in times of turbulence and disruption. ANOTHER COUNTRY explores Afro-Surrealism; an aesthetic framework which serves as what Suzanne Césaire described as “the tightrope of our hope” – and in this show builds a bridge between the sacred and the profane. “The Afro-Surreal presupposes that beyond this visible world, there is an invisible world striving to manifest, and it is our job to uncover it.” The artists in this exhibition excavate realities that are both adjacent and beyond; using video, sculpture and photography to uncover meanings and unearth truths often unseen.

ANOTHER COUNTRY transforms Terrault Gallery into a space filled with the work of Black creators and seeks to manifest another reality that is distinct and beautifully separate from the one in which we primarily inhabit. As D. Scott Miller wrote in Black Is The New Black A 21st Century Manifesto “Afro-Surrealists distort reality for emotional impact. Afro-Surrealists use excess as the only legitimate means of subversion, and hybridization as a form of disobedience. [and they] strive for rococo: the beautiful, the sensuous, and the whimsical.” Each artist within the exhibition echoes the ethos of Afrosurrealism. Visiting ANOTHER COUNTRY creates the opportunity for viewers to occupy a space where a new simultaneous reality reveals for a moment in time within the gallery– a miraculous transformation through the vehicle of Black contemporary art.

This exhibition was inspired by D. Scott Miller’s The Afro Surreal Manifesto in which he describes and defines the world-making nature of “the afro-surreal.” The title of this exhibition “ANOTHER COUNTRY” is a reference to the 1962 novel written by James Baldwin. Although Baldwin was not an afro-surrealist, he was Black artist who made worlds and built bridges between the dissimilar through art. This exhibition is an attempt to build bridges between the parallel worlds that exist for many Black people. The interior and the exterior. The past and the present, interjecting in the right now. Consistently Black creators masterfully assert themselves by defining themselves through their art. This act is an act of world-making. These creators are literally fabricating another country within this one that is so often ridden with despair.

More details regarding the conclusion of Terrault to follow.