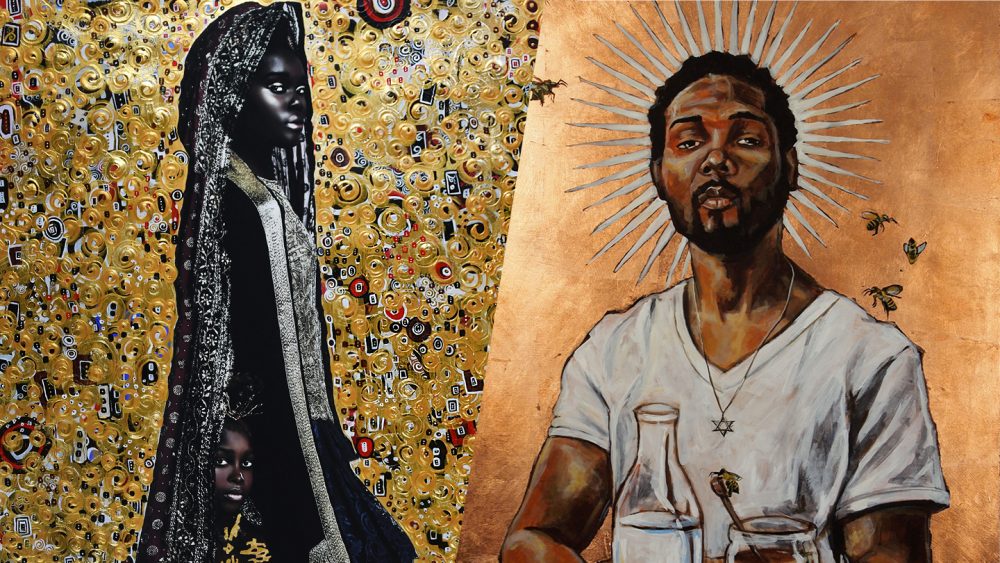 Join us for a series of talks featuring the artists in Activating the Renaissance, an exhibition that seeks to illustrate the connections between the Italian Renaissance and Baroque periods and contemporary art, each offering insights into the other. In this first of three interviews,  artists Tawny Chatmon and Stephen Towns are in conversation with Molly Warnock, historian and critic of the visual arts, and Joaneath Spicer, The James A. Murnaghan Curator of Renaissance and Baroque Art at the Walters. The speakers will discuss themes in the show and how each artist draws from the past to comment on the present. This program was developed in conjunction with Activating the Renaissance, currently on view at the Walters Art Museum through February 26.

About the Guest Speakers:

Tawny Chatmon is a Tokyo-born photography-based artist residing in Maryland. Her photographs are often digitally intensified by exaggerating the hairstyles of her subjects (who are often her children and other family members), lending them the eyes of someone older and wiser, elongating their form, and drawing inspiration from the Byzantine period to signify importance. Thereafter, she typically combines overlapping digital collage and illustration. After refining and printing, she frequently experiments with various art practices by hand-embellishing with acrylic paint, 24-karat gold leaf, and materials such as paper, semi-precious stones, glass, and other mixed media.

Stephen Towns is a Baltimore-based painter and fiber artist whose work explores how American history influences contemporary American society. Originally from South Carolina, Towns received a Bachelor of Fine Art in painting from the University of South Carolina. His work has been exhibited at The Smithsonian’s National Museum of African American History and Culture, Baltimore Museum of Art, Art+ Practice, The David C. Driskell Center, Jack Shainman’s The School Gallery, and The Walters Art Museum. His work is in numerous public and private collections and has been featured in publications such as The New York Times, American Craft Council Magazine, Forbes, Artforum, Cultured Magazine, and The Baltimore Sun.

Molly Warnock is an art writer and editor based in Baltimore. The author of Simon Hantaï and the Reserves of Painting (Pennsylvania State University Press, 2020) and Penser la Peinture: Simon Hantaï (Gallimard, 2012), she has also published widely on aspects of modern and contemporary art in journals including Artforum, Art in America, Les Cahiers du Musée National d’Art Moderne, Tate Papers, Journal of Contemporary Painting, and nonsite.org, as well as in numerous US and European exhibition catalogues. In addition, Warnock recently edited the three inaugural volumes in the collection Transatlantique (ER Publishing), devoted to writings by and about contemporary artists; a fourth is underway. She holds a PhD in Intellectual History and History of Art from Johns Hopkins University, and is the recipient of fellowships from the Mellon Foundation, the Terra Foundation for American Art, the Center for Advanced Study in the Visual Arts, the American Council for Learned Societies, the Clark Art Institute, and the NOMIS Foundation, among other institutions.