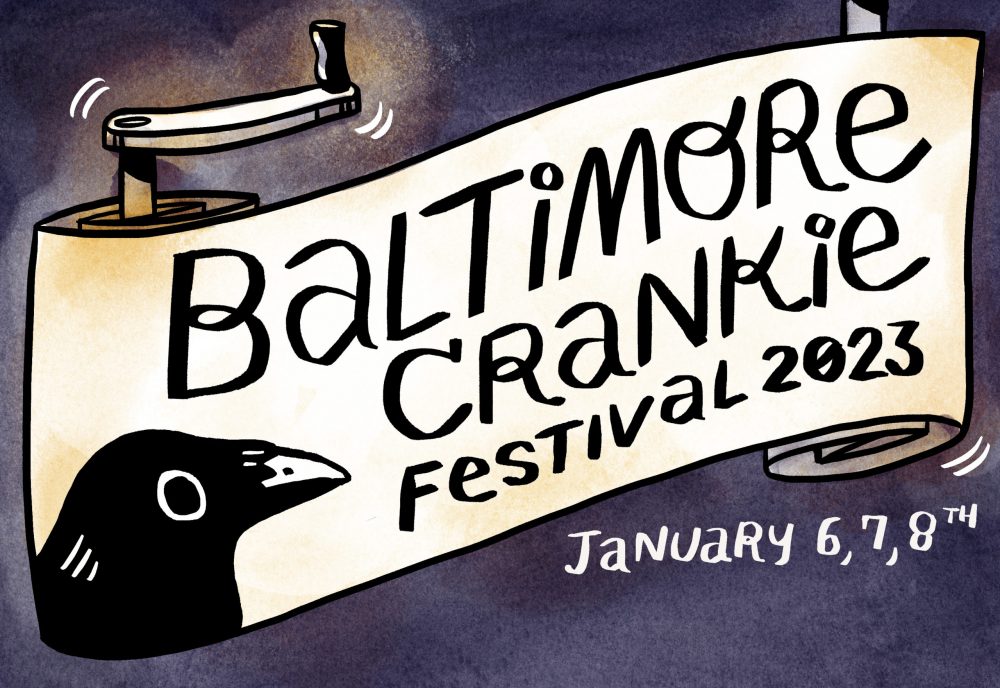 The festival, the largest of its kind in the country, works with artists to showcase crankies from Baltimore and beyond! A crankie is basic in concept: it is a scroll that provides the visual narration to a story or song. Versions of the crankie have been around for hundreds of years, if not longer; their most recent iteration is directly linked to moving panoramas popular in the 19th Century. In recent years, artists have begun to embrace the intimacy of the format, creating multi-layered, immersive experiences for audiences.