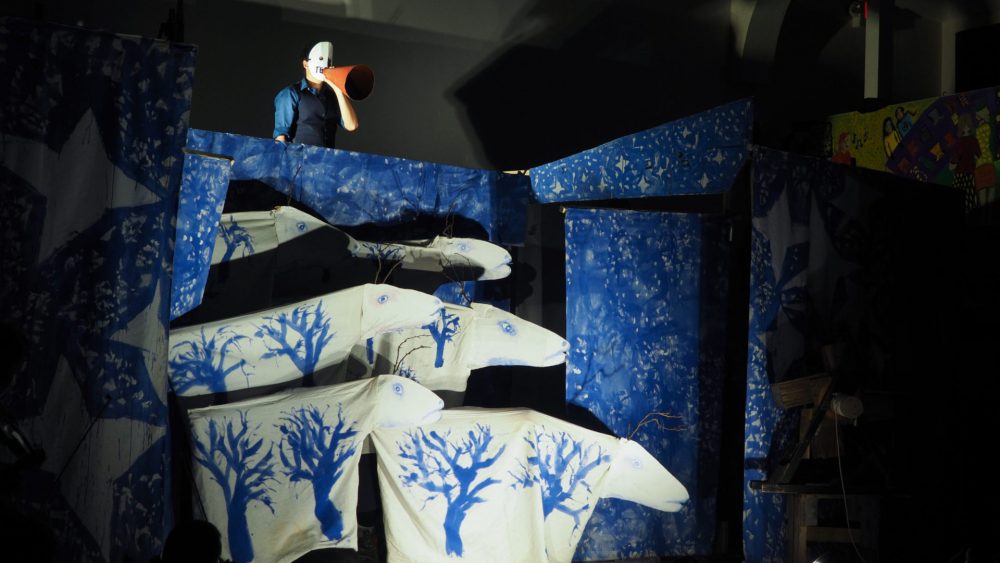 Fifty-two years ago, Bread & Puppet Theater performed Our Domestic Resurrection Circus for the first time at Goddard College in Plainfield, VT. Since then, this capacious and provocative title has served as the basis of annual spectacles that generations of audiences have come to rely on for satire and celebration in the face of intolerable circumstances. This year, B&P will take up the tradition again, albeit with a timely subtitle: The Apocalypse Defiance Circus.

This will be the group’s only performance in Baltimore during their fall tour. The band will begin playing in LeClerc Theatre at 7:40 pm, while the show gets underway at 8 pm. Attendance is open to the general public and all members of the NDMU community.

ABOUT BREAD AND PUPPET THEATER

The Bread and Puppet Theater is an internationally celebrated company that champions a visually rich, street-theater brand of performance art filled with music, dance and slapstick. Believing that theater is a basic necessity like bread, the company frequently brings its work to the streets for those who may not otherwise go to the theater. Its shows are political and spectacular, with puppets often on stilts, wearing huge masks with expressive faces, singing, dancing and playing music.

Bread and Puppet is recognized throughout the world and has won distinction at international theater festivals in Italy, Poland, Colombia, and Yugoslavia, beginning with their break-out performances at the 1968 Nancy Festival in France. Notable awards include the Erasmus Prize of Amsterdam, 4 Obies, the Puppeteers of America’s President Award, and the Vermont Governor’s Award. Bread and Puppet is constantly active, performing at its farm in Glover, VT, and in local churches, schools and parades. It regularly tours Europe, Canada, and the United States and has recently visited El Salvador, Haiti, Russia, and Korea.

Founded in 1963 by Peter Schumann on New York City’s Lower East Side, the theater has been based in the North East Kingdom of Vermont since the early 1970s and is one of the oldest, nonprofit, self-supporting theatrical companies in the country.