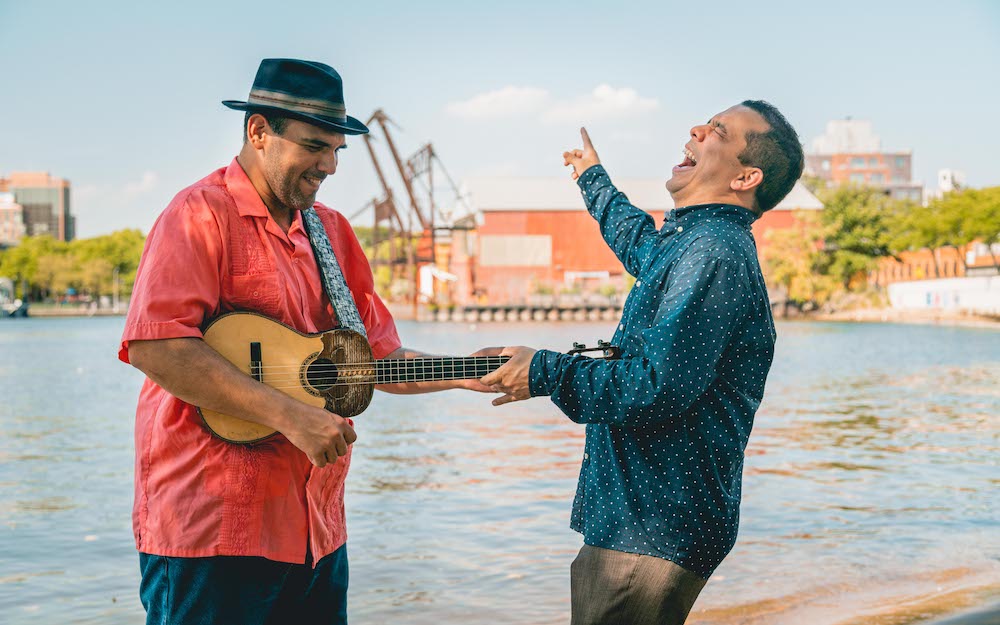 Cesar Orozco and Jorge Glem: César Orozco was born and raised in Cuba, and moved to Venezuela in 1998, where he developed an important and prolific career as a pianist, arranger, composer and producer. Many say he has managed to make the best combination between Cuban, Jazz and Venezuelan music. Orozco has worked with world famous musicians and is a two-times Latin Grammy nominee (2019 & 2021) for Best Arrangement.
Venezuela’s musical treasure, Jorge Glem, is a composer, producer, and the greatest living master of the infectiously rhythmic four-string Venezuelan cuatro. Hailing from Cumaná, Venezuela, Glem has set out with a clear and driven purpose of presenting the Venezuelan cuatro as a universal instrument. His talent has allowed him to share the stage with worldwide figures and important music personalities enabling him to fuse the sound of this traditional instrument in genres such as jazz, salsa, bluegrass, rock, and pop.
What: As we continue Alma Cocina Latina’s latin music series, join us for dinner at Alma and you will experience a cultural showcase unlike any other. Orozco and Glem, will explore their instruments to the fullest by mixing the colors of traditional genres such as Venezuelan joropo, merengue, and Cuban son with world renowned masterpieces from pop, jazz, and Latin American music. Get ready for a fascinating journey full of rhythms, melodies and harmonies through covers and original songs by both Glem and Orozco.
Where: Alma Cocina Latina
When: June 25, from 7PM-9PM
Price: $10 cover charge per diner
Reservations: Please make a reservation on Resy, here.
Share
Add to Calendar 20220625 America/New_York Cesar Orozco and Jorge Glem at Alma Cocina Latina