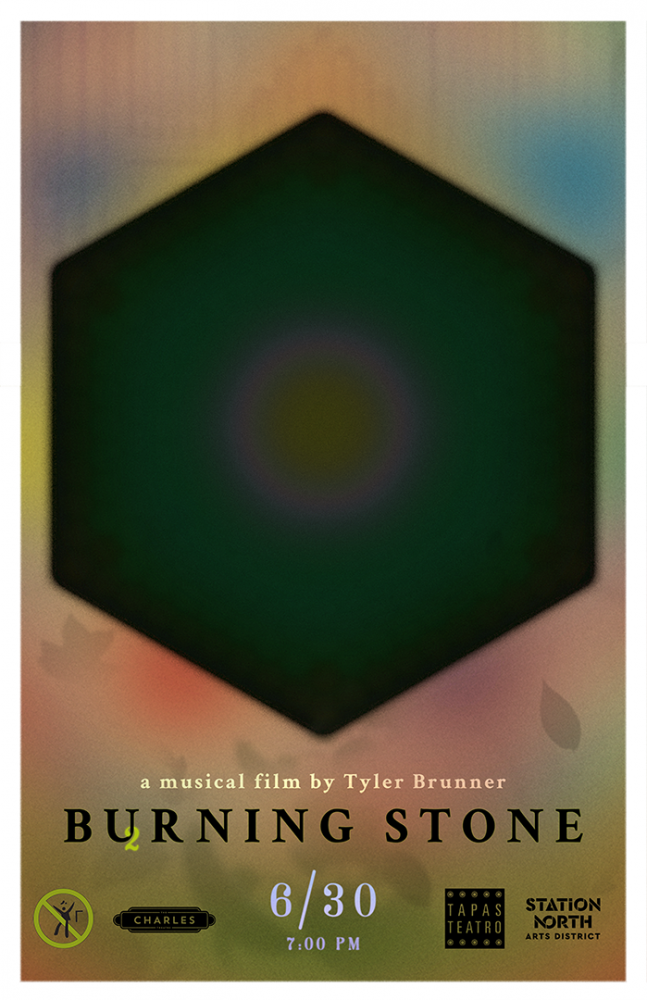 After a six-month silence, local performance artist collective Cliff Banquet returns with a project nurtured for more than two years. Tyler Brunner presents Burning Stone, a musical film exploring the significance of cults, religion, and indescribable spiritual experiences. The artist draws inspiration from survivors’ memoirs documenting the worship of radioactivity from various parts of the world.

Human mining history brought curious property — the extraction of Uranium ores. The otherworldly fluorescent yellow soon emerged in the medical market as a magical remedy. Radiotherapies became popular, as did the cult surrounding nuclear revelation. Some devout believers saw Angels and God while bathing in divine pools surrounding nuclear plants. The experiences of these people are monumentalized in the lyricism of the Burning Stone soundtrack.

The majority of Burning Stone was shot between uranium-rich mountain ranges in Virginia and West Virginia. It narrates the story of the boy Enoch, who sacrifices his friends and family to a prospective uranium deposit, Coles Hill, VA, in pursuit of Angel-hood. An ensemble of hypnotic instruments and choir weaves together sonic and visual information. Engulfed by smoke, viewers are immersed in an experience involving all senses — including a bite of chocolate that appears in the film, and a special cocktail “The Yellowcake” featured by Tapas Teatro.

Since John Waters, the Charles Theatre has long been a hot spot for Avant-garde film admirers. Cliff Banquet not only aims to raise challenges to performance art and conventional film screening, but also to expand the possibilities of exploring the Charles Theatre as an unconventional art space in Baltimore. The premiering of Burning Stone is made possible by the sponsorship of Station North Arts District (Baltimore Central Partnership), and the partnership of the Charles Theatre and Tapa Teatro.