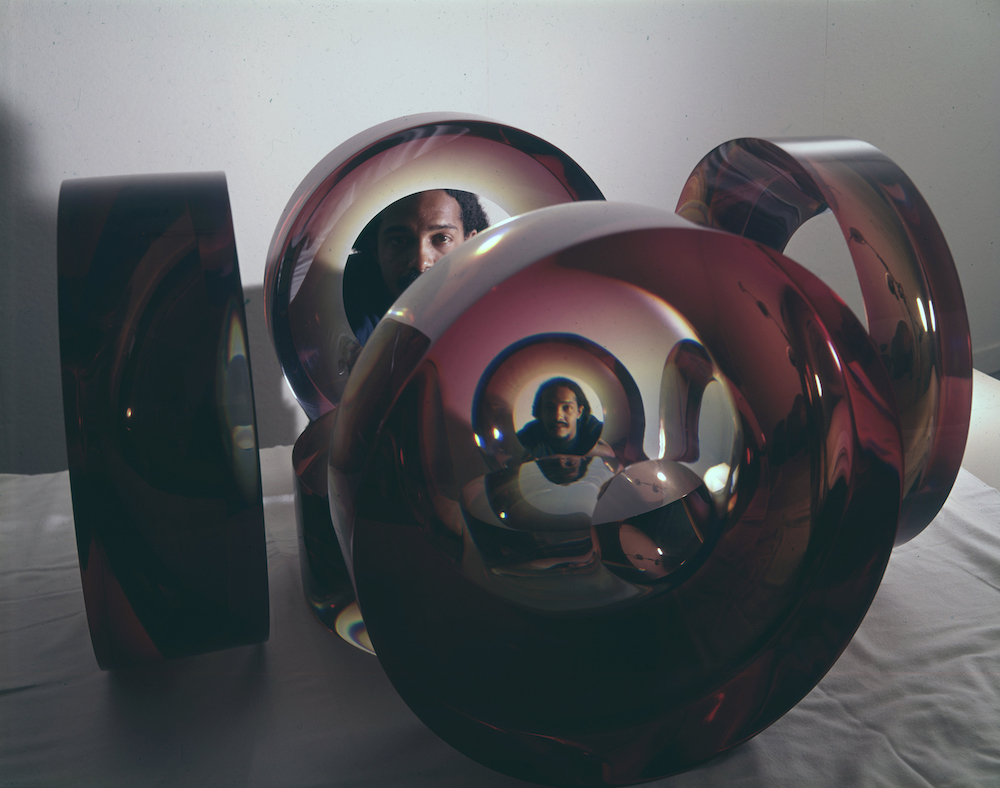 Curator’s Choice is an innovative series of four lectures from curators hand-picked by Kristen Hileman, formerly the senior curator for contemporary art at the Baltimore Museum of Art, well known to us, and a good friend to ASG. These distinguished curators will provide interesting perspectives on established mid-career artists in focused one-artist lectures. Each curator will speak in-depth about an artist who is not as well known as they might be, one particularly close to the curator’s heart, and who deserves more recognition. This series aims to be a spotlight on both the artists and the curators from a variety of well-known institutions.

Danielle O’Steen will begin the series with a lecture on Frederick Eversley. In the 1970s, Frederick Eversley (b. 1941) began work on a series of highly polished, cast polyester resin sculptures, made in a range of geometric forms and vibrant colors. Based in Los Angeles, Eversley was among a group of artists experimenting with plastics in the 1960s and 1970s. He was also uniquely positioned at the intersection of the aerospace industry and the artist community, working as an engineer for Wyle Laboratories in El Segundo, California, and testing instrumentation systems for NASA before turning to artmaking in 1967. In the subsequent years, Eversley developed a process of casting liquid polyester resin using a circular motion, expanding the tradition of cast sculpture in unexpected ways. Eversley’s work and legacy have recently experienced a reawakening, evidenced by major museum acquisitions of his work and his inclusion in historic exhibitions. This talk offers an introduction to Eversley in the context of the 1970s and looks closely at the artist’s specific innovations and methods of making his objects.