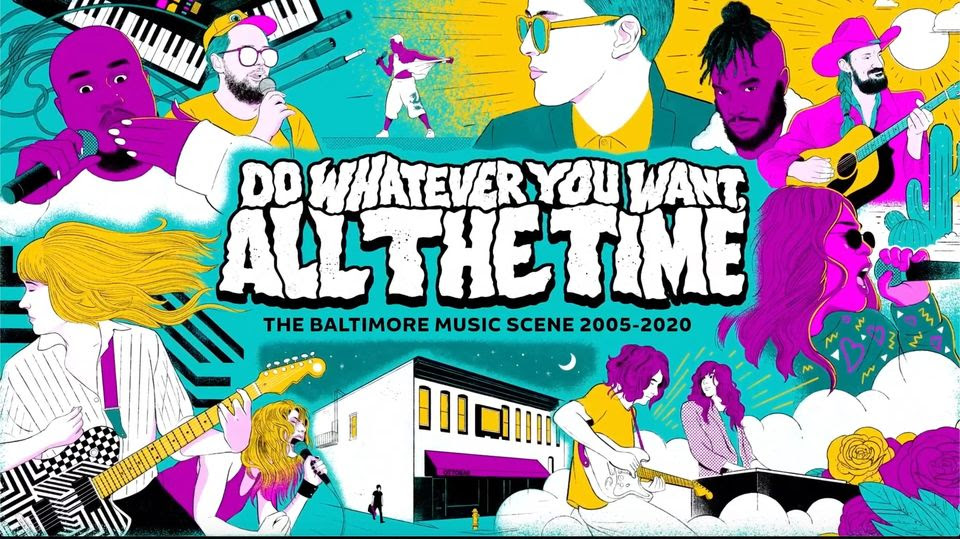 On View:
Thursday, June 23 from 6 to 7:30 pm
We’re excited to announce two additional screenings of our new short documentary “Do Whatever You Want All the Time: The Baltimore Music Scene 2005-2020” on the evening of Thursday, June 23 at Maryland Art Place, 218 W. Saratoga St. in Baltimore.

Held at 6 p.m. and 7:30 p.m., these screenings will also be free, thanks to support from BakerArtist.org, and will feature discussions with the filmmakers and featured musicians afterward.

“This film would never have been made if it weren’t for Maryland Art Place Director Amy Cavanaugh, who has been extremely supportive and helped us get the grant from PNC Foundation which we used to make the film in the first place,” said Sam Sessa, who directed the film. “After the premiere, we wanted to present this film at MAP before we screen it anywhere else.” – Sam Sessa

Both of these screenings are first-come, first-served, and will feature panel discussions with Abdu Ali and other musicians from the film as well as complimentary refreshments