Douglas Zaruba: The Art of Solitude 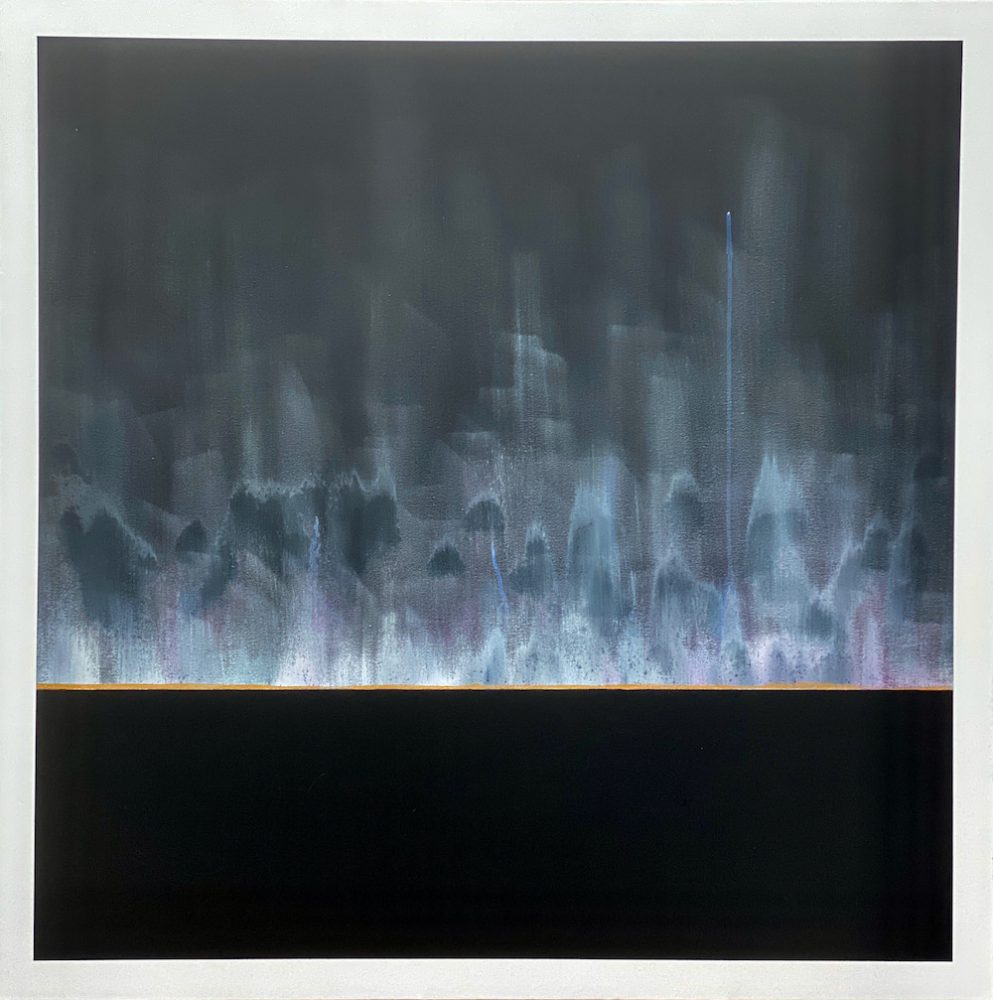 The Delaplaine Art Center is pleased to exhibit The Art of Solitude, paintings and sculptures by Douglas Zaruba, in the main gallery. The Art of Solitude will be up from October 2nd to October 31st, 2021. An opening reception will take place Saturday, October 2nd from 3-5pm. The Delaplaine Art Center is open daily Monday–Saturday, 9 am–5 pm, Sunday, 11 am–5 pm and admission is free.

Douglas Zaruba maintained a fine jewelry and design studio in Frederick for over 30 years. Since moving his studio to Hagerstown in 2017, he has also continued to work as a painter and sculptor.

The Art of Solitude This exhibition was initially influenced by Stephen Batchelor’s book: “The Art of Silence,” but mostly by my experience of living alone on an island for four years.  I watched as day became night, without any light except for the light of the stars and moon. I watched as night became daylight, and the colors of sunrise painted the skies with light until they changed to the brilliant colors of sunset.  The world was mostly silent except for the sound of the waves on the beach, the wind, and the occasional call of a bird.  I could hear the sound of rain as it approached, fifteen minutes before it arrived.

I discovered the joys of Solitude, and I found a reason to paint.

“Solitude is a fluid concept, ranging from the depths of loneliness to the saint’s mystic rapture,” says Stephen Batchelor.   Like Batchelor, I see solitude as a practice, a way of life. Solitude is something that we long to experience, but we’ve been conditioned to view solitude only as loneliness. So many people turn on the TV or play background music as if they are afraid to experience silence.  When the pandemic forced us to stay at home, many people panicked!

I painted.  I worked alone in my jewelry studio.  I am quite comfortable being alone.  I feel very much at peace being alone in the wilderness for days or weeks at a time.  It is this feeling of deep peace that I hope I have captured in my paintings.

I have been working primarily with a special black paint, one that absorbs almost all light. The depth of this black has captivated me. Any other color that I place within or near this black pulls the eye and commands your attention.  Even the tiniest dot of white becomes the focus of the entire painting, like a star in an infinite black universe…