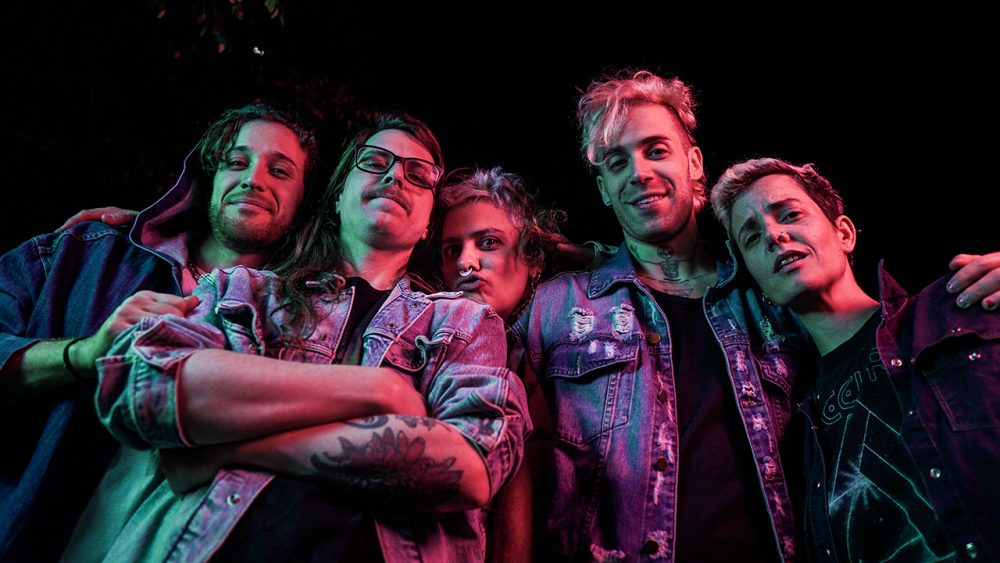 “We are the borders I have crossed”, says the lyrics of the song named “Francisco, el Hombre”, from the band of the same name, Francisco, el Hombre. The sentence is what best describes the group, formed by the Mexican brothers Mateo Piracés Ugarte and Sebastianismos, LAZÚLI, Andrei Kozyreff, and Helena Papini. That is because the quintet finds their inspiration on the road. But not only there. The Portuguese-Spanish lyrics have made the band a fundamental piece for the cultural connection in Latin America. Their live performances make the Portuguese-speaking audience sing in Spanish and the Spanish-speaking audience sing in Portuguese. The band believes there is no border that cannot be crossed.
In a spectacle of rhythmic explosions, Francisco, el Hombre has performed more than 700 concerts in Brazil, Argentina, Uruguay, Chile, Ecuador, Mexico, Spain, and Portugal, and was part of important festivals all over the world such as Rock in Rio, Lollapalooza and Vive Latino.