I, a Flying Crab by Moth Broth | Album Release 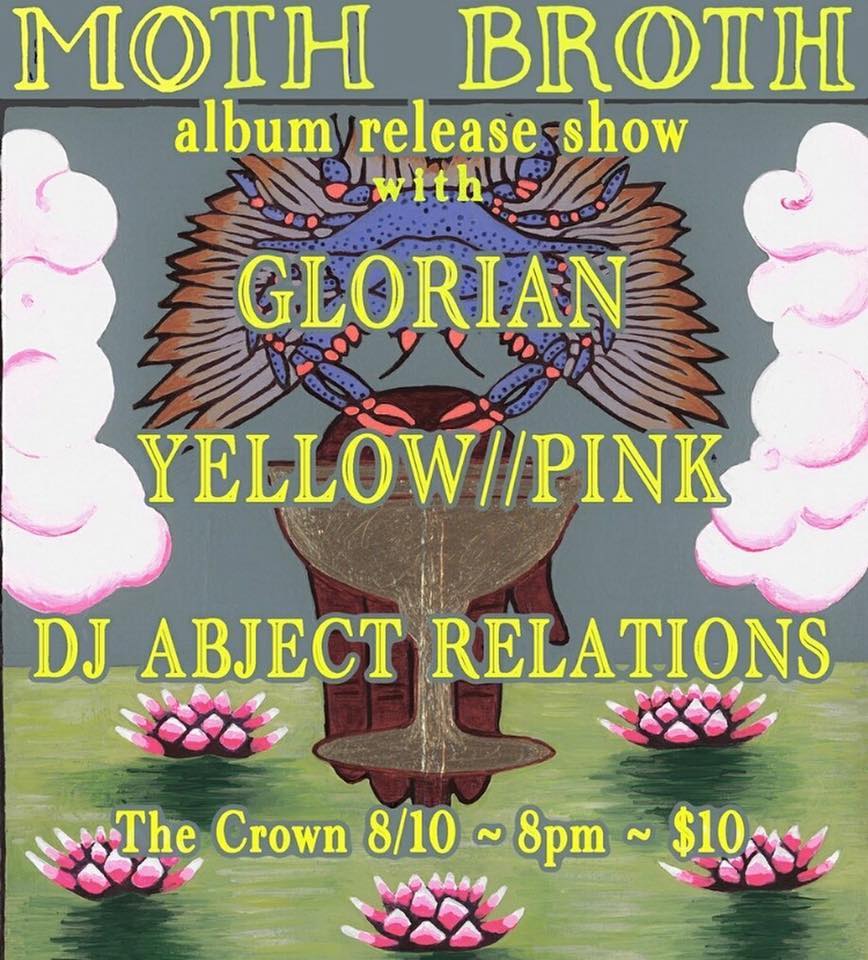 ABOUT THE ALBUM: Moth Broth, Baltimore’s premiere queer art pop collaboration, is releasing our debut LP: I, a Flying Crab. The culmination of a 7-year collaboration between Greg Hatem and Jake Bee, the album is a 10-track exploration of the occult, the divine feminine, and the strangeness of the natural world wrapped up in whimsical pop composition. I, a Flying Crab conjures stories of magical fauna, ghosts, and climate change through voice, autoharp, and a sprinkling of psychedelic pop arrangements.

ABOUT THE SHOW: Coming Wednesday, August 10th, Moth Broth will release their record  on an all-queer bill including Glorian (the solo project by former front person of Joseph and the Beasts), Yellow//Pink, and DJ Abject Relations (of Baltimore’s own Manners Manners). I, a Flying Crab will be released on a tape by Chicago-based Worry Records, special limited edition candles with download codes, and an early Spotify release on August 5th.

ABOUT THE BAND: Formed in 2015 by Greg Hatem (Natural Velvet, Curving Tooth) and Jake Bee (Dreambaby) and joined in 2019 by Jason Charney (Mind on Fire), Moth Broth is a high-energy experimental pop group exploring haunting composition, fantastical lyrical explorations, and whimsically theatrical live performances. Moth Broth has shared the stage with local favorites like Chiffon, Cora Sone, Manners Manners, and the Barnyard Sharks, as well as up-and-coming touring bands like Bottled Up (DC) and Talk Bazaar (NYC). At their live shows, they are known for over-the-top costuming, increasingly absurd reveals, and surreal stage banter.