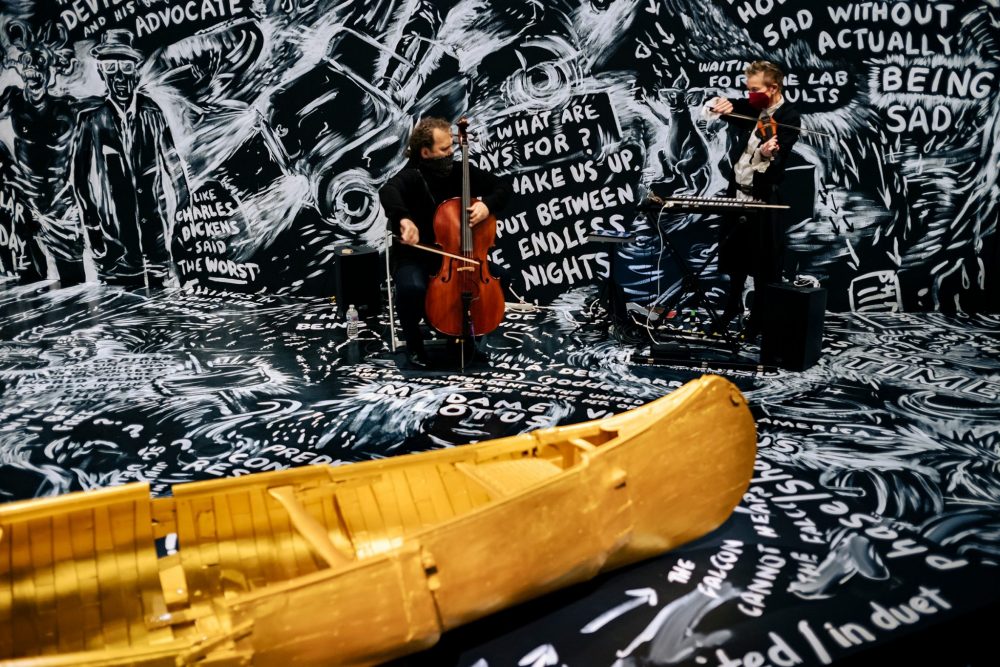 Don’t miss the final performance for Laurie Anderson: The Weather in the Hirshhorn Sculpture Garden. Anderson will introduce a presentation of Quartet for Sol, a musical tribute that she composed based on conceptual artist Sol LeWitt’s number series drawings. LeWitt taught Anderson at the School of Visual Arts and remained a mentor throughout her career. Quartet for Sol, composed between 1972-74 and arranged in 2016, will be performed by celebrated cellist Rubin Kodheli and other performers to be announced. Kodheli and Anderson will perform a duet to open the event.

Can’t wait? Neither can we! Get a taste of Laurie and Rubin playing together for Laurie Anderson: Tiny Desk (Home) Concert (May 2021)

The performance will be recorded for online broadcast.

As a Grammy Award-winning musician, performer, writer, and artist, Laurie Anderson has an international reputation as an artist who combines the traditions of the avant-garde with popular culture. Anderson’s theatrical works combine a variety of media, including performance, music, poetry, sculpture, opera, anthropological investigations, and linguistic games, to elicit emotional reactions. As a visual artist, Anderson has been shown at the Guggenheim Museum, SoHo, and extensively in Europe, including the Centre Georges Pompidou in Paris. She has also released seven albums for Warner Brothers, including Big Science, featuring the song “O Superman,” which rose to No. 2 on the British pop charts. She is currently Charles Eliot Norton Professor of Poetry at Harvard University.

Juilliard-trained composer Rubin Kodheli is a celebrated, genre-transcending creative rebel. Rubin crafts rapturous sonic collages which stir the soul and senses. His compositions teem with contemplative invitation and nuance, providing the opportunity to listen repeatedly, each time ripe with the possibility of hearing something that previously went unnoticed. The inspirational tapestry of his work is intentionally woven from blended threads of rock, jazz and classical influences, a stylistic trademark that has afforded Kodheli a career rich in its diversity of output. From his compositions appearing in feature films such as Precious (2009), to his original symphonic rock compositions, to his collaborations as a performer with genre defining artists — including Laurie Anderson, Philip Glass, Henry Threadgill, Christian McBride, Dennis Russell Davies, Meredith Monk, Joan Jett, Tom Harrell, and Snoop Dogg — Kodheli creates an intimate, masterful reimagining of the expressive capacity of his instrument.