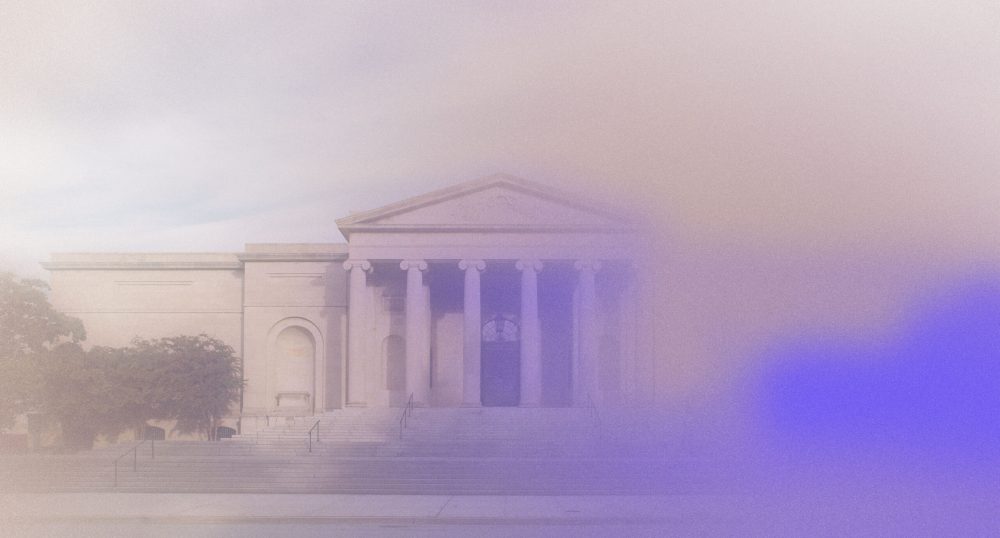 Join the Joshua Johnson Council on Facebook Live for their December meeting featuring the artists Monica Ikegwu and Tawny Chatmon in conversation with curator Myrtis Bedolla of Galerie Myrtis.

About the Artists and Curator

Through the lens of photography and the layering of mixed media materials, artist Tawny Chatmon has captured the regality of Black youth. Inspired by the aesthetics of Austrian painter Gustav Klimt’s Golden Phase, Chatmon’s subjects are often depicted in period dresses and then layered with a mixed media of gold leaf, acrylic paint, and detailed with precious and semi-precious jewels. To add a spiritual presence to her subjects, Chatmon employs the Byzantine art aesthetic of elongating their bodies and dress. Consequently, these figures overwhelm the space. Adding emphasis are the grandeur and versatile styles and textures of natural black hair that serve as a celebration of Black beauty. Yet, there is also a stillness of these figures that echoes what Kevin Quashie (2012) describes as “the sovereignty of quiet” in which quiet “is a metaphor for the full range of one’s inner life—one’s desires, ambitions, hunger, vulnerabilities [and] fears.” Chatmon’s work primarily focuses on creating a safe and healing space for Black childhood in western society, which is feared and often indistinguishable from Black adulthood. The World Gold Council recently featured Chatmon in a documentary about the global gold industry. She lives in Annapolis, Md.

Excerpt from the essay “What I Want You to Know: Chatmon’s Visual Love Letter to Black Children” By Tanisha M. Jackson, Ph.D.

Monica Ikegwu is a Baltimore-based figure painter. She presents her ideas of the figure in a way that is not only captivating, but also unconventional in her use of color, texture, and composition. The figures presented in her work are often her siblings and family from whom she draws most of her inspiration as she watches them progress through life. Monica is a graduate student at the New York Academy of Art. She won many art awards during her student years and graduated in May 2020 from Maryland Institute College of Art.

Myrtis Bedolla is the owner and founding director of Galerie Myrtis, an emerging blue-chip gallery and art advisory specializing in twentieth and twenty-first-century American art with a focus on work created by African American artists. Bedolla possesses over 30 years of experience as a curator, gallerist, and art consultant.

Established in 2006, the mission of the gallery is to utilize the visual arts to raise awareness for artists who deserve recognition for their contributions in artistically portraying our cultural, social, historical, and political landscapes; and to recognize art movements that paved the way for freedom of artistic expression.

Bedolla has recently gained national press in the New York Times article “Black Gallerists Press Forward Despite a Market That Holds Them Back” in June 2020 and authored “Why My Blackness is Not a Threat to your Whiteness” in Cultured Magazine in July 2020. Past coverage also includes being voted Best Gallery by the Baltimore Sun in 2017; “Black Art in the Spotlight,” Baltimore Magazine, September 2018; “Living with Art: Myrtis Bedolla Builds a Home and Gallery in Old Goucher,” BMORE Art, Issue 3; “Women in the Arts,” which honored women at the helm of the Baltimore art scene, Baltimore Style Magazine, October 2013.

Bedolla holds a Bachelor of Science degree in Business Administration from the University of Maryland, University College, received her curatorial training at the Maryland Institute College of Art in Baltimore, Maryland, and earned online certificates in Cultural Theory for Curators and Curatorial Procedures from the Node Center for Curatorial Studies, Berlin, Germany.

She holds memberships in ArtTable and the Association of African American Museums (AAAM).

About the Joshua Johnson Council (JJC):