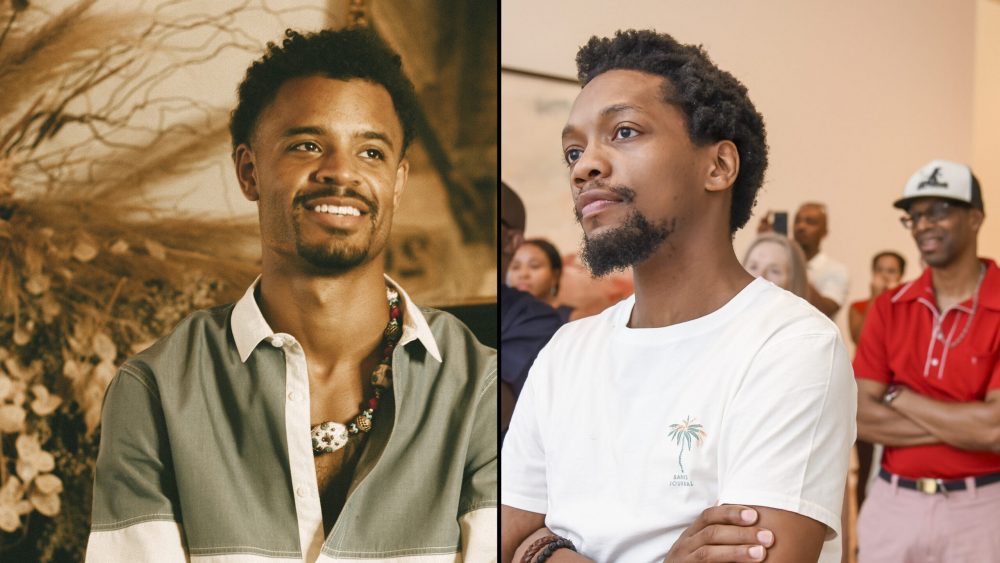 Charles Mason III (based in Baltimore, MD) received his AA in General Studies from the Community College of Baltimore County, 2010, BFA in Graphic Design from the University of Maryland Baltimore County, 2014, and his Master of Fine Arts in Studio Art from Pennsylvania Academy of the Fine Arts, 2019. He has curated several shows in Baltimore and Philadelphia as well as had solo shows in Baltimore, MD most recently at Goya Contemporary Gallery 2021, and in Philadelphia, PA, at Spillway Collective, 2019. He has participated in group exhibitions, A Gathering, HOUSING Gallery New York, NY, the Woodmere Art Museum, Philadelphia, PA, Radical Reading Room, The Studio Museum in Harlem, Harlem, NY, Breaching the Margins, Urban Institute for Contemporary Art, Grand Rapids, MI, CARPE DIEM, UTA Art Space and Surface is only a Material Vehicle for Spirit,Kavi Gupta Gallery, Chicago, IL to name a few. He has work in the permanent collection of the James E. Lewis Museum of Art, Baltimore, MD, and the Whitney Museum of American Art Special Collections, he is also a recipient of Maurice Freed Memorial Prize.

Thomas James is a visual arts curator and arts facilitator based in Maryland. An appreciator and collector of fine arts, he highlights working artists and facilitates spaces for creatives to refine and develop their craft. Beginning his career in the arts while in college at Frostburg State University, his first exhibition was at Mountain City Center for the Arts, where he was interning. Shortly after graduation, Thomas took an opportunity to independently curate an exhibition on display at the Maryland Hall for the Creative Arts in Annapolis, and it was eventually travelled to George Washington University’s ArtReach Gallery in Washington, DC. Shortly after, Thomas went on to conduct a fellowship at The Maryland Federation of Art before joining the Baltimore anchor institution, Creative Alliance, in 2018 through 2021. He now leads the exhibition programming at Eubie Blake Cultural Center in Baltimore. Thomas has curated exhibitions on display at The Phillips Collection, Anne Arundel Community College, Gallery Al-Quds, and Syra Arts. In addition to curating, Thomas has served as a writer, designer, consultant, lecturer, and more for organizations and companies such as Vans, Kaiser Permante, B&O Railroad Museum, Munger, Tolles, & Olsen LLP, Urban Walls Brazil, Reginald F. Lewis Museum, and more. To learn more visit thomasjamesdc.com.

About the Joshua Johnson Council (JJC):