Julius Caesar by Fools and Madmen 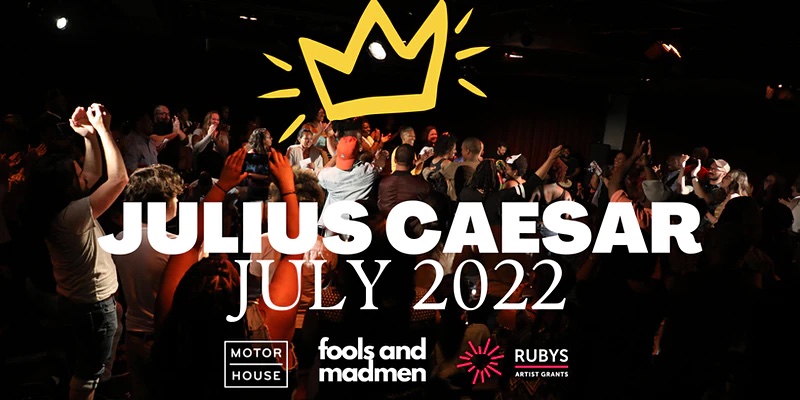 A hip-hop adaptation of Julius Caesar, written and adapted by Baltimore artists Joshua C. Thomas and Caitlin Carbone Hernandez and directed by Mari Andrea Travis. Inspired partly by the film Moonlight, our adaptation focuses on Brutus and Cassius’ relationship, showing a male friendship as complex and intimate to challenge the idea of Roman stoicism as a pillar of masculinity.

This project is supported by a 2019 Rubys Artist Grant, which is a program of the Robert W. Deutsch Foundation. https://www.rwdfoundation.org

About Us:Fools and Madmen is a series of mobile hip hop adaptations of Shakespeare’s plays, touring Baltimore City Schools and communities. Our goal is to bridge hip hop and classical theatre culturally and artistically, and to combat racial disparity in classical theatre. We believe that Shakespeare’s stories and characters are for everyone to access, and hope to break the perception that they belong only to one audience or culture. Our plays integrate Shakespearean text with original hip hop songs, creating a lyrical and rhythmic mash-up of classical and modern language, of poetry and music. Performed in the round, scored by live musicians, by an ensemble of BIPOC artists, our productions show that the only thing separating Hip Hop and Shakespeare as artforms are the voices and experiences of the people telling the stories.

Learn more about us: